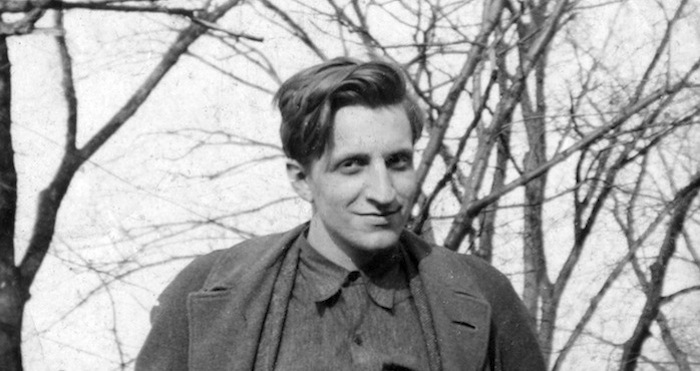 We are accumulations of memories. Cinema is a way to preserve a memory. Documentarian Alan Berliner has made a career out of using film to pick apart what makes us who we are. First Cousin Once Removed is a magnificent addition to his ouvre. It’s a haunting, masterfully made, and achingly melancholic portrait of the end of life.

The eponymous first cousin once removed was Edwin Honig, the cousin of Berliner’s mother. Berliner made this documentary over the last five years of Honig’s life, filming his frequent visits to his cousin. Edwin has led a full and rich life. He was an accomplished poet and playwright, a respected professor at Brown, the recipient of the Guggenheim Fellowship, a revered translator of foreign poetry, and knighted by both Spain and Portugal. But all that doesn’t mean much to him in his last years, since he has Alzheimer’s disease.

Bits and pieces of who Edwin is (or was) come sporadically and fleetingly. Berliner must reintroduce himself each time he arrives. Sometimes photographs or verbal prompts can jog Edwin’s memory. More often he can’t. There’s a blank unfamiliarity in his eyes. He plays with the medal he received as part of his Portugese knighthood as if he’s a toddler and it’s a toy. Only there’s no sense of a child’s wondrous sense of learning in his face – just mild interest. If you have any anxiety at all over growing old, then this movie is guaranteed to agitate it.

The film is purposefully disjointed. Footage from any point in Berliner’s five years with Honig can come up at any time. There’s no sense of when anything is happening. Shots from visits made years apart come one after another. It’s an excellent way of simulating Edwin’s point of view. Without memory, he has no sense of time, and no personal continuity. Words will flash on the screen for a microsecond. The sound of a typewriter hammering away is omnipresent, spelling out thoughts and themes with art school verve that should seem pretentious  but just works on a visceral level.

There is a backbone of structure to the doc, though. While Edwin’s present is a jumble, Berliner doles out his past linearly, detailing his youth, his two marriages, his triumphs as an artist and his failings as a father. This history gives us the context with which Edwin’s family sees him. This is not a hagiography, or a tribute to the man. It’s an attempt to honestly explore who he was. And he was kind of an asshole, neglecting his relationships and abusing his children. And there’s no hope of reconciliation. He’s in an existential fugue, and that’s what this film is wading through. In a sense, Edwin Honig might as well already be dead.

At seemingly random moments, the poet will reemerge. Honig will say something almost chillingly profound. It doesn’t seem connected to his ability to remember something. He’ll just pull it out of the ether. Possibly, it’s the creative instinct still grinding its gears. It’s what passes for something positive at this stage of Alzheimer’s.

About halfway through First Cousin Once Removed, Berliner shows us three words, instructing us to remember them. At the end, he asks if we can do it. After some struggle, I could recall the first two, but not the last one. It was a rather terrifying moment. Memory is so fragile, and so malleable, and it’s what makes us who we are. This is a disquieting film, one only to be watched if you want to fall into a contemplative, serious mood. It’s sad, but not a downer. It’s happy, but not uplifting. It just presents us with a man, and asks us what we can learn about life from him.