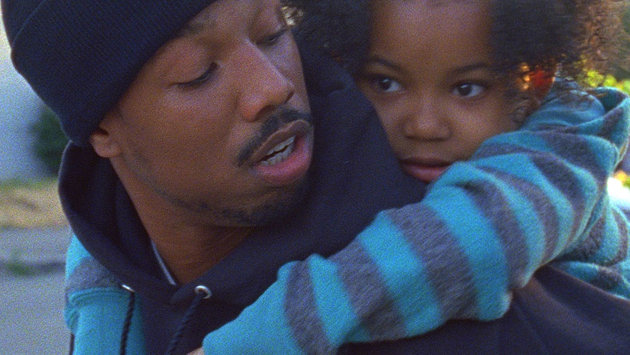 Reviewing a film like Fruitvale Station is unbelievably challenging. Movies based on true stories are already hard enough to critique on a plot or character level, but when you’re dealing with such a harrowing, difficult story as the one about what happened on New Year’s Day of 2009 in a BART Station by Oakland, California, there are a lot of things that need to be acknowledged, regardless of your overall feelings for the film as a whole.

As an account of that horrific incident, Fruitvale Station is a very powerful piece of cinema, with incredible performances and deeply human direction. Yet it’s the kind of movie where that real-life incident ends up hanging over the entire film, almost holding it back from being able to be great on its own merits.

For the uninitiated, Fruitvale Station depicts the final 24 hours of the life of Oscar Grant (Michael B. Jordan). On New Year’s Day of 2009, Grant was implicated in a fight in one of the BART trains and then mistreated by police officers as a result. This culminated with him getting shot in the back by one of the policemen while lying stomach first right outside of the BART train. This incident led to numerous protests against police brutality and Grant has since become something of an icon of martyrdom. Fruitvale Station depicts this event as well as the small moments leading up to it, creating a simple portrait of a day in the life of Oscar before his fateful demise.

When the film is firing on all cylinders and showing us Oscar’s final moments in all its haunting eminence, it’s masterfully done. It perfectly captures what the panic and intensity of the now infamous incident must have been like, with a gritty, handheld style reminiscent of Paul Greengrass’s United 93. This all crescendos into an absolutely heartbreaking final 5 minutes that will almost definitely linger with just about every viewer.

And yet, as near-perfect as the climax is, Fruitvale Station is considerably less successful in its depiction of Oscar’s everyday activities. Regardless of how “accurate” the events we’re witnessing are, it really should be noted just how much Coogler leans much too heavily on the story’s fatalism. The film begins with what appears to be real cell-phone footage from the incident at Fruitvale Station, and never throughout the rest of the film lets us forget how the story is gonna end.

This removes a fair amount of authenticity from what we bear witness to on screen, and we’re left unable to appreciate these small moments on their own. The shadow of death lingers on every single moment of Fruitvale Station in an unrelenting fashion, occasionally making  the film exhaustively grim and hollow. For a film that wishes to simply depict this man’s final 24 hours, it doesn’t fully commit to that vision as it’d like.

What brings it all around is a terrific cast and some extraordinarily restrained pacing. Michael B. Jordan manages to make Oscar Grant incredibly likable and human, never resorting to using the more martyrly icon that the public has created. Meanwhile, Octavia Spencer and Melonie Diaz are powerful as Oscar’s mother and wife, while child actress Ariana Neal is effective as Oscar’s young daughter. Even when the movie is hammering home the fatalism, all of the actors are as natural as you could hope for a story like this to be (even with some painfully misguided lines of dialogue that ironically hint at what’s to come).

Yet as wonderfully handled as the performances and the climax are, the script is very problematic. For as much as Michael B. Jordan works to make Oscar a fully-realized human character, Coogler’s script idealizes him a bit too much, barely delving into some of Oscar’s deep-seated flaws ranging from relationship cheating to drug dealing to a short temper. Coogler overemphasizes the “icon” of Oscar while Michael B. Jordan brings in the believable human element. It’s a miracle that the character even works considering the disparity, but it’s still an issue overall.

Ultimately, Fruitvale Station does work, but it’s marred by such problematic writing and direction that one can’t help but wonder what a filmmaker who is more interested in the subtleties and real truths of this story would have brought to the table. This is a movie that’s as emotionally powerful as it is wildly imperfect.