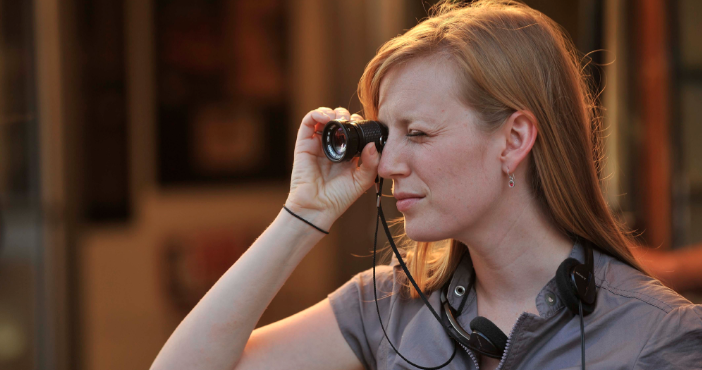 Missing A Woman’s Touch: The Disturbing Lack of Female Voices In Big-Budget Movies

In less than a month after its release, The Heat has already accumulated $129 million dollars domestically, and is well on course to gross more than any other comedy this year. I mention Paul Feig’s publicly beloved hit because it’s an anomaly — the rare movie that has a woman credited as its sole screenwriter.

The paucity of female voices in the film industry is an issue that has been lamented time and time again. And yet, despite our endless frustration with Hollywood and an industry predominantly run by males, nothing is being done. As Matt Patches wrote earlier this year “the percentage of women (9%) working in 2012 was the same as in 1998.”

Fifteen years later and here we are, stuck in the same rut.

Of the dozens of blockbuster movies being released this year a whopping three of them are helmed by females: Peeples (Tina Gordon Chism), Carrie (Kimberly Peirce), and Frozen (Jennifer Lee). Other poignant female voices like Sofia Coppola (The Bling Ring), Lake Bell (In A World…), and Lynn Shelton (Touchy Feely) have been or will be given smaller releases during 2013.

For some this is a facet of cinema they’ve never considered before. Perhaps that’s because the male hierarchy established and perpetuated in Hollywood has been widely accepted, considered normal and merely expected by the masses.

Whatever the case may be, July is quickly receding before us, and since the beginning of the year 67 movies have been given a wide release treatment (playing in at least 1,200 screens across the country). Do you know how many of those 67 films were penned by females? Eight.

Something’s not right with this picture. Do studio executives truly believe a woman can’t handle the pressures of directing a big-budget movie? That’s the message they’re tacitly sending.

As I scrolled through the major releases of the year I noticed a trend forming (aside from the distasteful lack of women): a good bulk of the wide releases are as amorphous and artless of cinematic productions as you’re likely to see (there’s a reason for that). Now You See Me, Jack the Giant Slayer, and The Incredible Wonderstone are just a few examples of dopey excursions that could’ve been crafted by just about anyone.

So why not hand the reigns over to a female artist? At least we’d be receiving something different than what we’re used to as consumers. Last time I checked, diversity is something we long for in all work environments. Hollywood should be no exception.

Below is an index of female screenwriters who’ve worked on wide releases in the past seven months: