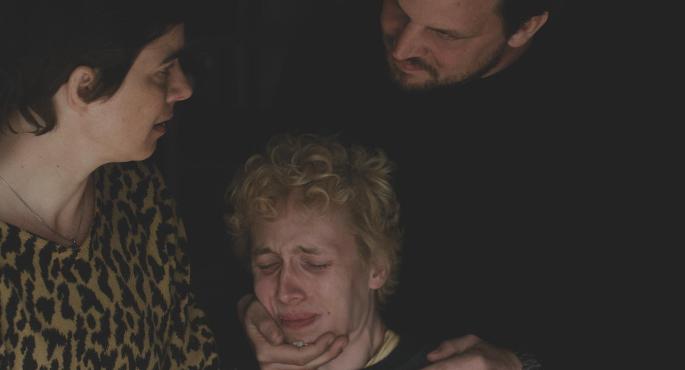 From a Hanekesque psychological horror flick to a pair of minimalist and extremely dour Eastern European dramas, the first two days at the Karlovy Vary International Film Festival have left me both impressed and depressed; compelled by the nuanced depictions of misery seen projected onto the screen, while hoping desperately that I’ve programmed a comedy in the next batch of films, lest I open my wrists in my hotel.

On that cheery note, enjoy my write-ups of the first five films of the fest. More to come…probably. 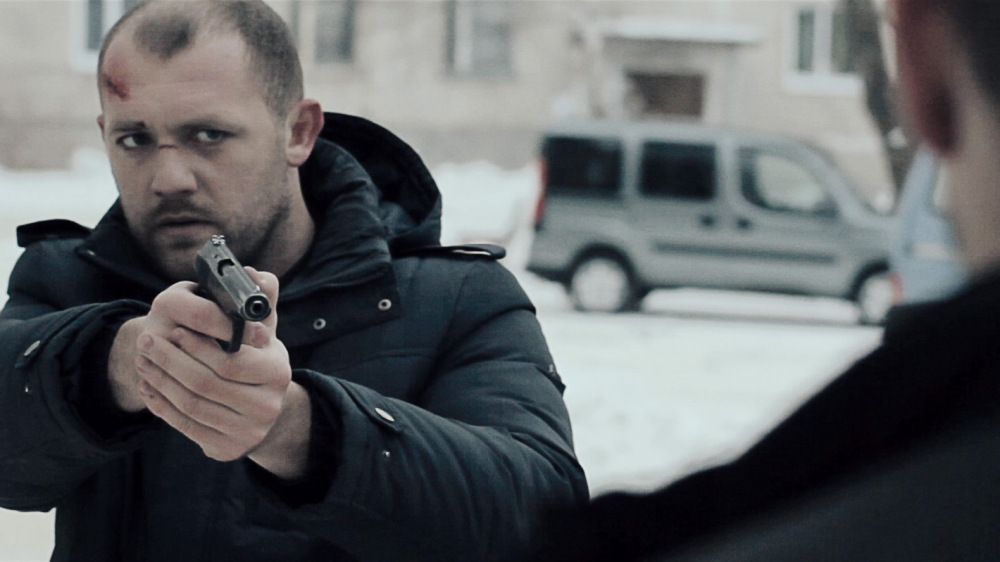 Driving too fast down icy roads on his way to the maternity ward where his wife is giving birth, Major Sergey Sobolev runs over and kills a seven year old boy right in front of the child’s mother. Being, as he is, a high ranking member of the Russian police force, Sobolev’s first instincts are to cover the crime up, a task for which he enlists two comrades, then his superiors, and eventually his entire crooked precinct in order to do so. But with the mother crying foul, the father swearing vengeance and the Major’s own guilty conscience catching up with him, the lie soon starts spinning out of control.

A competitor at Cannes and a big winner in Shanghai, Yuri Bykov’s sophomore feature is as bleak as the desolate Russian landscape. Jittery handheld camera work provides the film with both immediacy and grit, as we witness, with a mixture of horror and disbelief, just how endemic the police corruption is.

The film’s biggest problem – aside from the overblown, overloud electric guitar score – is that even after his change of heart, Sobolev is too far gone to sympathise with. If the film can be said to deal in shades of morality at all, those shades are very, very dark grey.

The performances are strong, particularly from Denis Shvedov in the lead, and Irina Nizina as the increasingly distraught mother.  The fascinating dynamic between their two characters is the pictures strongest element, and really comes to the forefront in the second half, when the Major, attempting to atone, must protect her from officers who want to keep her from talking, permanently. The film actually works better as thriller than a drama, where it tends to be a little on the heavy handed side. 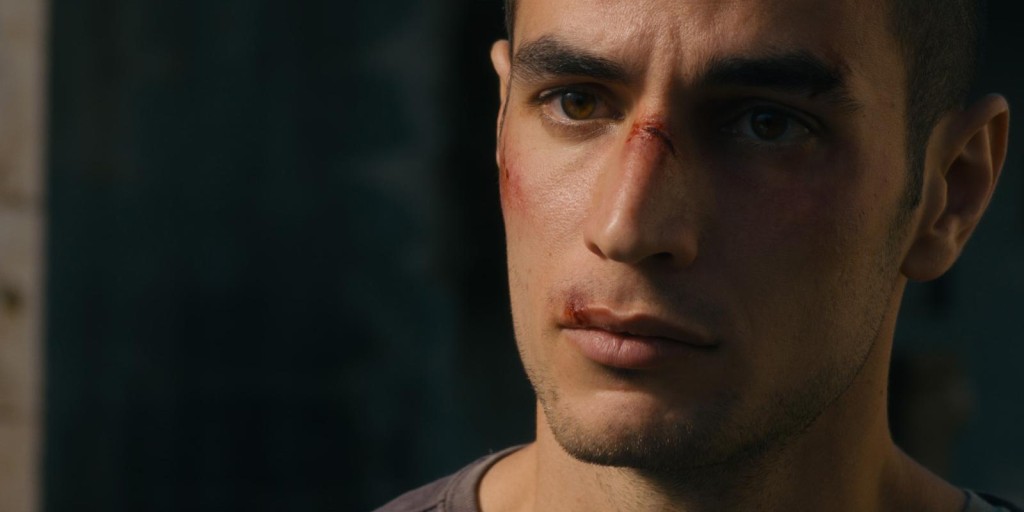 Hany Abu-Assad’s first Palestinian set film since the Oscar nominated Paradise Now in 2005, Omar recounts the dilemma of a young man living in the West Bank, who along with friends hatches a plan to kill an Israeli soldier. The plot goes off without a hitch, but the following day, Omar is apprehended by security forces, who give him a choice: collaborate and rat out his comrades, or spend the rest of his life in prison.

The cast consists of mostly non-actors, baring Waleed Zuaiter as Omar’s weary Israeli case officer. Nonetheless, the performances are very strong, particularly from Adam Bakri playing the titular would-be freedom fighter. It’s clear that Abu-Assad has his sympathies, politically speaking, yet here he remains (mostly) even-handed. The brutality and humiliation Omar faces at the hands of his capturers is horrifying, but so too are the actions of him and his friends. Injustice and tragedy occurs like clockwork; inevitable, predictable and grimly compelling.

As the story continues, it becomes clear that there’s a traitor in Omar’s group. Betrayals become more personal, as filmmaker and cast explore the human side of the conflict, one that, if Omar is anything to go by, has little chance of coming to an end. 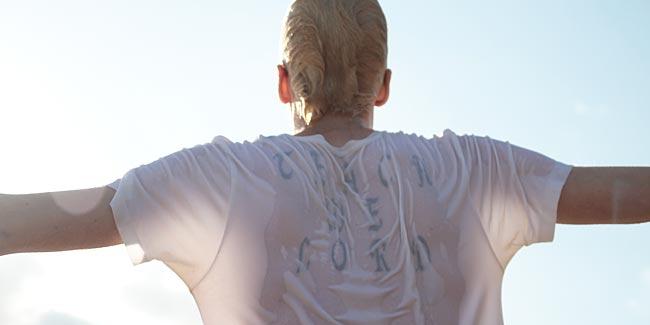 Wrapping up a strong if utterly miserable day one at the festival was Katrin Gebbe’s misleadingly titled debut, Nothing Bad Can Happen. Taking a leaf from the Michael Haneke playbook of audience punishment, this ominously shot, scored and edited film follows Tore, an emaciated, homeless, epileptic and deeply Christian teenager from Hamburg who befriends Benno, the seemingly friendly head of a holidaying family of four.

After moving into the family’s backyard, however, Tore discovers things are not what they seem. Despite outward appearances, Benno is prone to moments of violence, and makes creepy advances towards his fifteen year old step-daughter, Sanny. Actor Sascha Gersak’s jolly appearance and demeanour makes the character’s behaviour that much more unsettling.

But it’s newcomer Julius Feldmeier, playing Tore, who makes the lasting impression. In a film steeped in Christian imagery and ideology, the rake thin blonde is a tragic would-be messiah; pious, innocent and always ready to turn the other cheek, even in the face of his increasingly heinous abuse (The Passion of Tore could have been an alternate English language title – the original German names, Tore tanzt, translates literally as Tore Dances).

What point Gebbe is making – and whether Tore’s suffering was in vain – is ultimately left to the viewer. At one hundred at ten minutes, Nothing Bad Can Happen does feel on the long side, and while I was certainly enamoured (aesthetically speaking) by the suffocating precision of Gebbe’s craft, prolonged exposure is numbing. Then again, perhaps that’s the point.

A perfect wedding day is marred by the appearance of an unwanted guest. Such a simple premise, but Oscar nominated Czech director Jan Hřebejk makes the most of it, conjuring an invisible but very palpable cloud of uncertainty and tension in his latest picture, The Honeymoon.

Stanislav Majer and Anna Geislerová play newlyweds Radim and Tereza, while their sinister wedding crasher is played by Jirí Cerný. Calling himself Jan Benda, the skinny, dark clothed, feebly goateed man claims to be a school friend of the groom, but Radim claims he can’t remember him. Not wanting to make a scene, they decide to let him stay, at least for the time being. As the day goes on, toasts are made, people dance, and Tereza’s brother-in-law drinks far more wine than he can handle. But for all the festivities, a sense of unmistakable dread lingers subtly in the air.

Whereas a film like Nothing Bad Can Happen practically chokes you with its atmosphere, Hřebejk’s approach is far more restrained. Small nuances in performance and dialogue broach the line between awkwardness and creepiness, and even in full daylight, viewers may find themselves holding their breath, positive that something terrible will happen, but never quite sure what it will be.

The cinematography is mostly low key, punctuated occasionally by moments of overtly menacing imagery; the bloody glow of a dark room for instance, or a lone figure striding purposefully down a road in the deep blue light of pre-dawn. The same quality is true of the score, contributed mostly by a single, clanging piano.

It’s only at the close of the film that Hřebejk opts to make explicit that which was until then merely implied. The total lack of ambiguity in the final sequence is jarring, but given what the movie is ultimately about, it’s is perhaps to the director’s credit that he didn’t shy away from it in the end.

AN EPISODE IN THE LIFE OF AN IRON PICKER (Dir. Danis Tanovic) 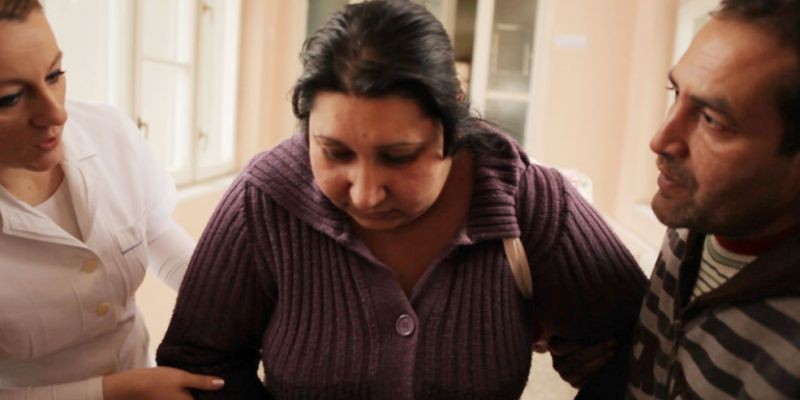 The weakest film of my festival so far, An Episode in the Life of Iron Picker is as minimalist as it gets, and indeed, could easily be mistaken for a fly-on-the-wall documentary. Based on a true story, and starring the people the story involved, the film follows the desperate attempts of Nazif, a Roma man living in poverty stricken rural Bosnia, to secure surgery for his wife, Senada, after she miscarries.

As a portrait of poverty and injustice, An Episode in the Life of Iron Picker is certainly unflinching. Time and time again, the family are turned away because they aren’t insured and can’t pay the costs. In between these moments, we spend extensive time watching the characters go about their daily routines. Senada boils water to do the laundry, and prepares dinner in a dilapidated wood fire oven, while Nazif picks through garbage looking for metal he can sell.

Unfortunately, the mundaneness of misery can only be compelling for so long. While you certainly sympathise with the characters, the barebones plot, and an almost total absence of wider social context, it ensures that sooner or later you drift out. You’d be much better off seeking out director Danis Tanovic’s brilliant absurdist war drama No Man’s Land instead. 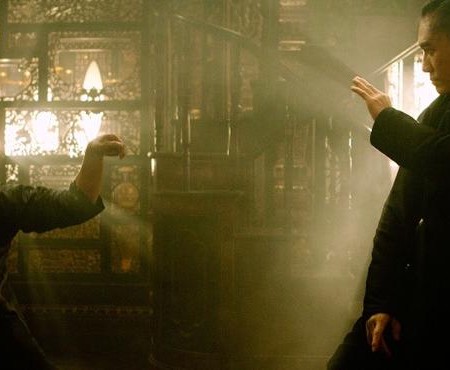 Karlovy Vary Concludes With A Taste of Asia in ‘The Grandmaster’, ‘A Touch of Sin’ & ‘The Missing Picture’ 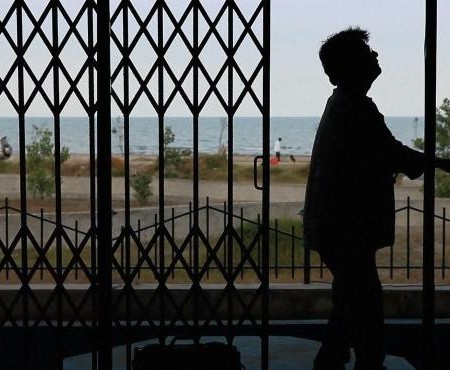 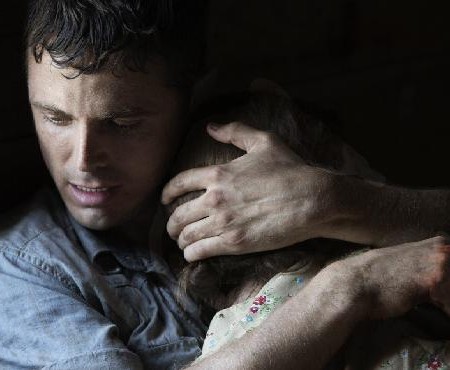