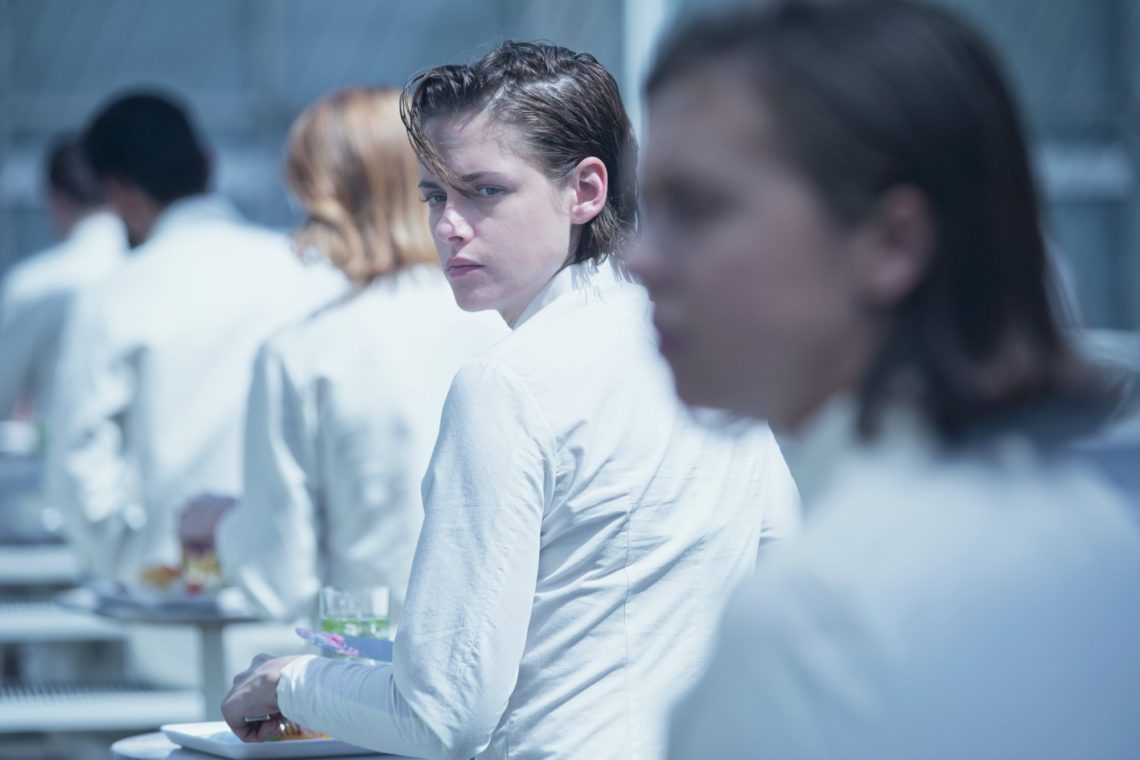 The Multiplicity of Kristen Stewart

Justine Smith writes about the indie-focused career of Kristen Stewart, on the eve of two new releases in which she co-stars.

There’s a thing with women who become famous where they lose their anonymity and they start to think, ‘Do I have to please you?’ I’ve now learned that I don’t always have to.

Kristen Stewart does not aim to please. Her self-awareness allows us to see both her performance and the character who lies beneath. Since finding overnight success with Twilight, Stewart has grown into her own as an actress. She’s taken on a wide range of roles into which she throws herself completely. One of the brightest stars of her generation, Kristen Stewart embodies a forward-thinking approach to performance, that has long overshadowed her star-making role as Bella Swan.

Stewart has long tried to differentiate herself from the YA franchise that skyrocketed her to fame. In Welcome to The Rileys (2010), a trite indie drama about a grieving father (James Gandolfini) trying to help care for a teenage prostitute in New Orleans, Stewart first divorced herself from Bella Swan. The film isn’t particularly interesting but the film is an important footnote in Stewart’s evolution.

In a role that might have run parallel to Twilight—a teen drama ostensibly about sex without being about sex—Stewart plays a crass and vulnerable strip-club employee. Her character is the same age as Bella, and both are motivated by an intense desire to be loved. In Welcome to the Rileys though, she’s stripped of the soft focus glow and her acne shows through. Her hair is oily and she seems tired. Somehow, she appears more adolescent than Bella in any Twilight film.

Still holding onto the crutches that defined her role as Bella Swan in 2010, Stewart fills moments of stillness: she sighs, cocks her head, rolls her eyes, and runs her fingers through her hair. Defined by a nervous energy, she embodies a labored need to perform as her body and anxieties are laid bare but orchestrated to show rather than tell. However, She demonstrates her ability to create a performance around an emotional trajectory rather than narrative points. She doesn’t try to be sexy, she doesn’t try to look good, she seems willfully unaware how immature she seems; and because of that, she seems real.

“You’re the female James Dean,” Lewis insists in the above-linked Elle interview with Stewart. The younger actress has a uncertain presence defined as much by her failings as her strengths. Sometimes, as she did in Twilight, crafting far too many scenes around labored breathing and quivering lips, but her instincts as a performer are strong. Like Dean, she’s an inferno contained by the limits of the human body. The walls and obstacles she sets up for herself are all internal and even in moments of stillness or quiet, we feel her character mulling, battling and performing. The irony of her performance style suggests we’re all actors, trapped in the role that we’re living. Like Dean in Rebel without a Cause, her role in Welcome to the Rileys demands she play the tough role while the scared and vulnerable teen lies beneath that show. 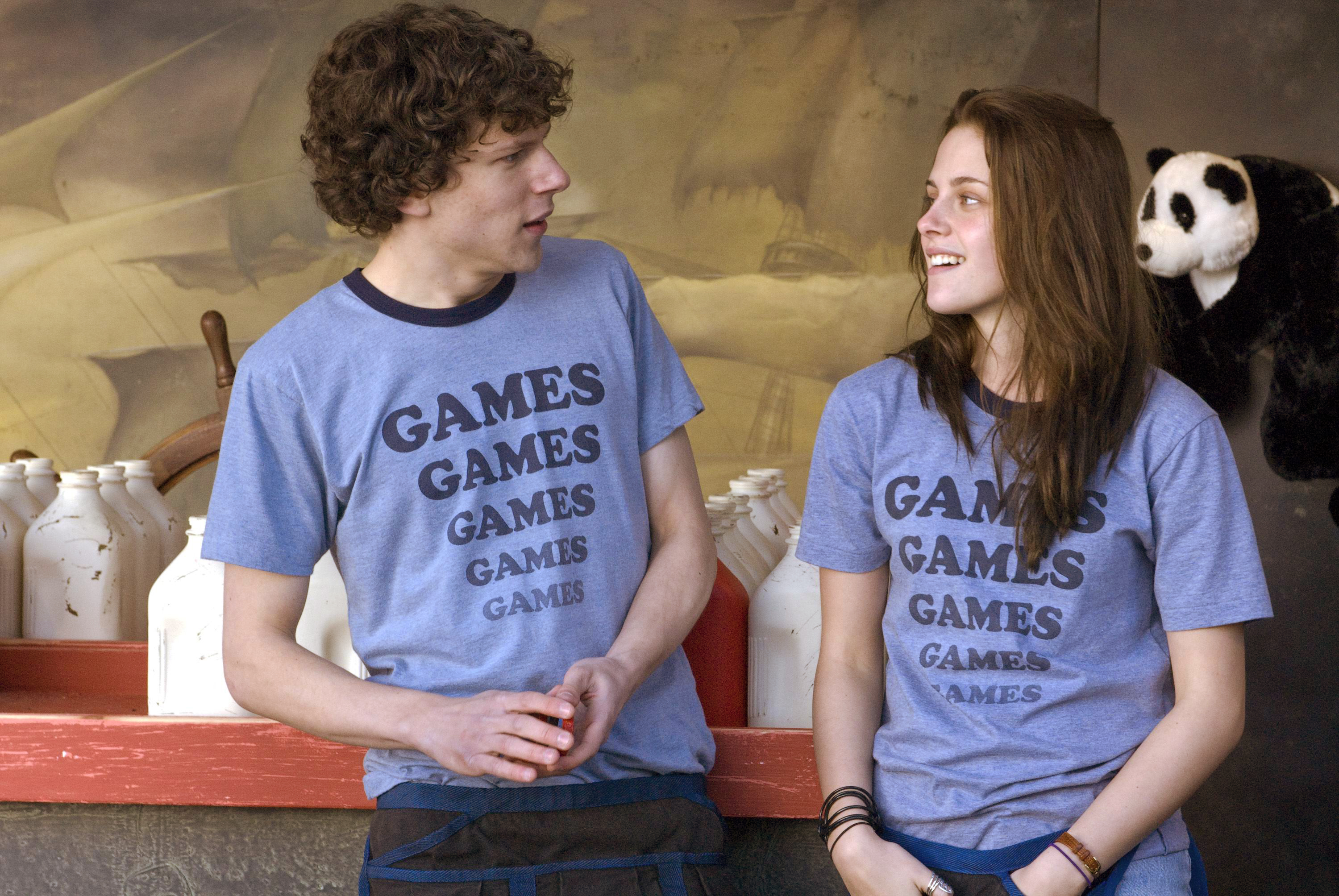 In Adventureland (2009), Stewart is still the queen of popular teen angst, but with more control. She mutes some of her more exaggerated ticks: She still runs her fingers through her hair, but the gesture is now essential to a character defined by self-aware detached coolness. This role, unlike her previous incarnations of adolescence, also offers her far more material to work with. Penned and directed by Greg Mottola, Adventureland offered Stewart a role that allowed for nuance and transformation and she ran with it. As Em, Stewart plays the role of the cool girl crush, and the script’s depiction of Em offers far more autonomy. Em acts older than she is—she’s in a relationship with an older man, too cool and too mature to be dating boys her own age. Again, Stewart doesn’t shape her role by what men want or desire and Em doesn’t exist solely to leverage the growth of the male leads. She has her own path to stake out.

In the scene where Mike (Ryan Reynolds) and Em break up, she tries not to cry. The act of running her hands through her hair becomes pointedly something her character does, rather than what Stewart normally does. As she pretends to shrug off the crumbling relationship, she runs both hands through her hair, and suddenly stops doing it—knowing full well that the older man knows she does that as much as an expression of frustration as it is boredom. And she doesn’t want him to see what she’s feeling. She tries and fails to embody stillness, without telling us her feelings. We sense them instead and we sympathize with the desire to conceal oneself.

Stewart has since evolved out of angsty teen roles. In Camp X-Ray (2014), she plays a soldier assigned to Guantanamo Bay who strikes up a friendship with a detainee. The script and direction don’t live up to her talents, but the role demonstrates her range. She still employs her recognizable neurotic tics, and allows physical stillness to reveal internal battles. The restlessness of her earlier roles is far more contained here, held together under the military discipline demanded by the role. She holds herself tall, seeming uncomfortable with her long limbs—this, a reflection of her ambivalence with her new authority, rather than her body. Instead of holding herself inward, she juts out her chin, clenches her teeth, purses her lips and furrows her brow. The film reveals the incredible control Stewart has over her voice, a throaty treble that seemed incapable of nothing but mumbles half a decade earlier, vibrating with uncomfortable force. When at its most insecure, her voice is a barking grumble. She doesn’t say much in Camp X-Ray, but there are no doubts that her character is torn apart by an ethical dilemma: follow orders to uphold conditions that she believes are inhumane, or turn her back on her job and country. 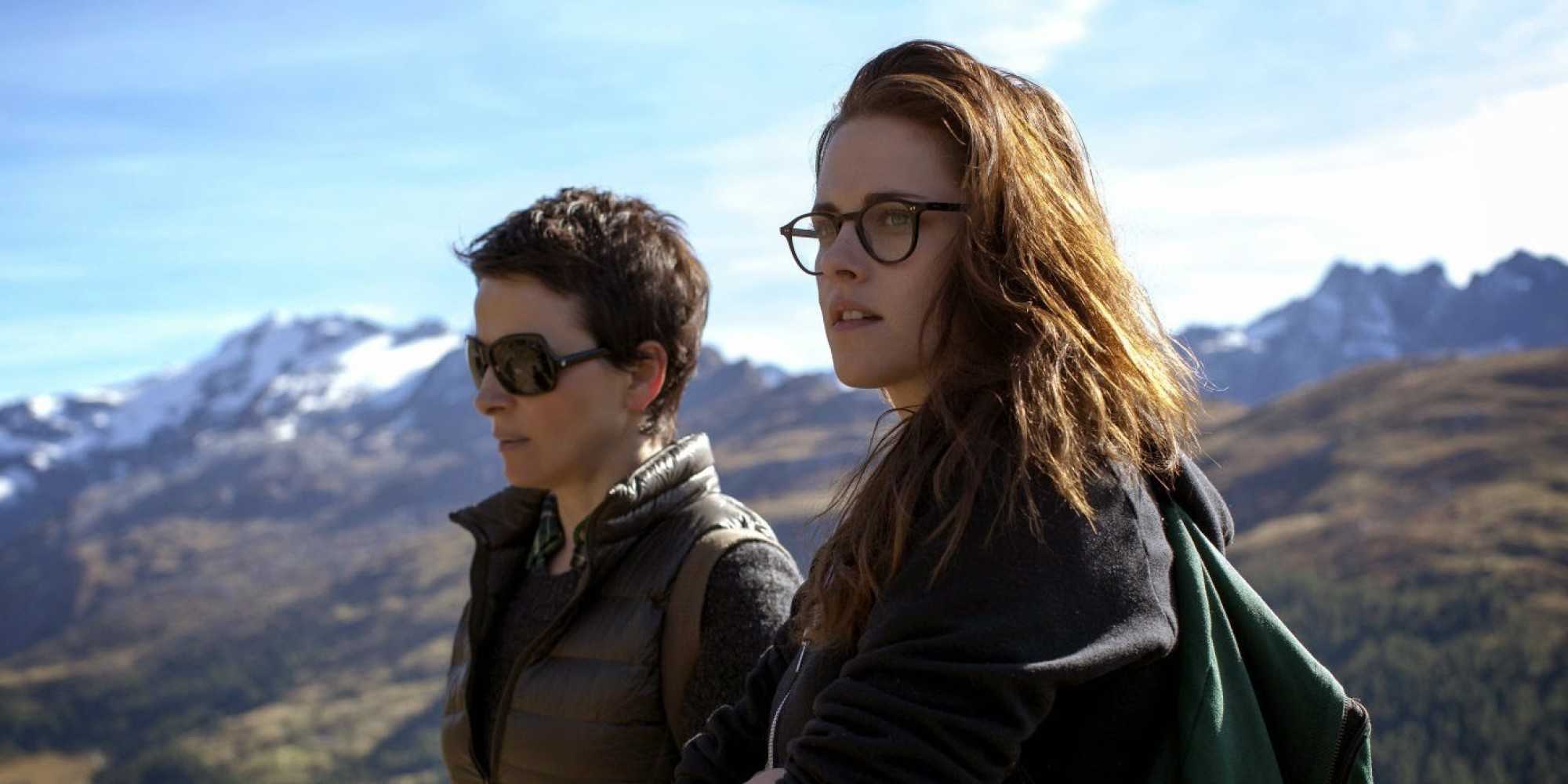 Her career now reaches beyond the U.S. In France with her award-winning turn in Clouds of Sils Maria (2014), which sees her at her most calm and collected. As personal assistant Valentine, to famed actress Maria Enders (Juliette Binoche), Stewart is at her most restrained. Her role is mysterious: she’s a spectral figure in the background who props up the aging, emotionally vulnerable actress. The casting is loaded with irony, and Stewart takes on a new level of performance in the film, acknowledging that the gossip her character reads out for her boss might as well be about herself, the actress Kristen Stewart. The film demonstrates Stewart’s ability to flesh out a multi-layered character and make it coherent. She delivers.

2016 might as well be the year of Kristen Stewart. Named the Queen of Cannes for her boundary-pushing style, she has multiple roles lined up this year: Café Society, Personal Shopper, Equals, Certain Women, and Billy Lynn’s Long Halftime Walk. After living under the shadow of Twilight for so long, Stewart has redefined her identity on the independent circuit and shaped a unique, modern acting style that defies stereotypes. In the age of irony, Stewart has achieved a performance style that reflects the youthful impulse towards self-awareness, while simultaneously revealing the vulnerability that lies beneath self-possessed modernity.