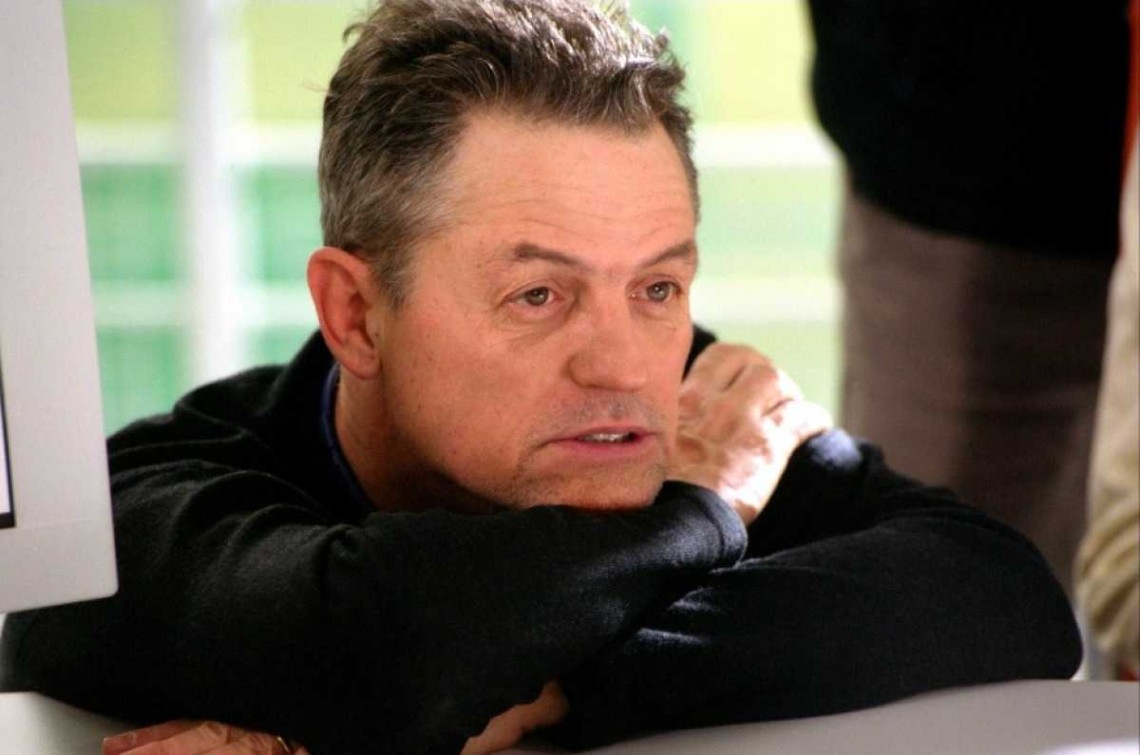 Streets, Studios, and Stages: The Music Videos of Jonathan Demme

In the opening seconds of Jonathan Demme’s music video for The Feelies’ song “Away,” the camera moves slowly around the band, as they begin the song’s soft, dreamy intro. Then “Away” begins in earnest: The Feelies’ two guitarists strum and slide smoothly over each other, while the two drummers increase the tempo, creating the percussive rush that the band once described as “Crazy Rhythms.” And Demme and his crew keep pace, whipping the camera around in short, tightly edited shots, mimicking the careening quality of the song—and trying to explain it in a way, via pictures.

This week sees the opening of Demme and screenwriter Diablo Cody’s Ricki And The Flash, starring Meryl Streep as an aging rocker reconnecting with the family she left behind. The movie features roughly a dozen covers of pop and rock songs, and could be called the director’s first “musical”—except that, in a way, he’s been making musicals for most of his career, in between his fiction features. At feature length, Demme has helped create highly conceptual concert film showcases for Talking Heads (Stop Making Sense), Robyn Hitchcock (Storefront Hitchcock), and Neil Young (Heart Of Gold and Journeys). And he’s hired himself out to some of his favorite musicians, bringing some of his own fascinations and personal vision to their music videos.

With three exceptions—one of which is that Feelies clip—Demme’s videos aren’t as brilliant as his concert films. But even his most routine work reveals something of who he is and what he values. In Suzanne Vega’s “Solitude Standing,” for example, Demme’s camera roams around the stage during a performance by the singer-songwriter and her touring band, and while Vega keeps looking pointedly toward the lens—underscoring the artificiality of the whole exercise—insert shots of the musicians emphasize the actual physical labor that goes into producing even a light, jazzy folk-pop sound.

And in the video for UB40 and Chrissie Hynde’s cover of “I Got You Babe,” Demme shoots the act at a pre-gig sound-check, where the casually dressed band plays toward each other instead of an audience, creating the illusion of a relaxed warm-up for the real show (which Demme actually shifts to in the final minute, for contrast).

This is all in line with what Demme did in Stop Making Sense—and why it’s often called the greatest concert film of all time. Working in collaboration with Talking Heads frontman David Byrne, Demme turned a series of unrelated songs into miniature happenings, which add up to a larger statement about the fervor of creation, and the joy of artists playing off of each other. Stop Making Sense draws attention to the staginess of a big rock show—from Byrne’s giant suit to the way Demme films the stagehands building the set piece-by-piece—and it treats musicians like characters, whom the audience gets to know better by watching what they do. Then when Demme cuts in footage of ecstatic Heads fans during the final song, they become part of the larger context of where this music comes from and what it means.

Some of Demme’s best videos are in this same mode. Again, The Feelies’ “Away” is a marvelous match of music and method, using visual motion to convey the song’s restless energy. And two of the three shorts Demme has made with Bruce Springsteen are thoughtfully constructed performance pieces. In “Murder Incorporated,” Demme takes a few seconds to show Springsteen’s E Street Band tuning up and finding their way into the song; and then, once the group gets going, Demme frequently cuts to expressionistic close-ups on their faces, which stand out against all the dark shadows and gray-black clothing.

A few years later, Demme and cinematographer Kyle Rudolph moved in even tighter on the E Streeters, filming a performance of Springsteen’s aching, underrated ballad “If I Should Fall Behind” in which different members of the band approach the microphone in turn to sing solos, building on what came before while enjoying their own moment of isolation and attention.

These aren’t the only kinds of videos that Demme has made. His first clip, for the New Wave band Suburban Lawns’ “Gidget Goes to Hell,” is a kitschy Super-8 evocation of old 1960s surf films, with no performance footage at all. (It actually aired as a short film on a 1980 “Saturday Night Live” episode.)

He’s also helmed some fairly conventional MTV fare that mixes lip-synching, dramatic reenactments, and archival sources—such as his goofy video for Fine Young Cannibals’ cover of The Buzzcocks’ “Ever Fallen In Love,” made to promote Demme’s Something Wild, or his straightforward interpretation of The Neville Brothers’ civil-rights history lesson “Sister Rosa,” which contextualizes the song’s appreciation of Rosa Parks through film of sit-ins and protests.

“Sister Rosa” though does feature an image that’s been a staple of Demme videos: musicians out on the streets of a city, surrounded by real people from the community. It’s a motif that dominates two benefit projects that Demme pitched in on: Artists United Against Apartheid’s “Sun City,” the video for which puts rappers and rockers together on New York street corners; and Stop The Violence Movement’s “Self Destruction,” which has KRS-One and other socially conscious hip-hop acts decrying black-on-black crime while standing near friends and fans.

This basic concept comes together best in the video for Springsteen’s “Streets Of Philadelphia,” shot in conjunction with Demme’s Oscar-winning melodrama Philadelphia. Springsteen walks through actual Philadelphia streets, and sings his lyrics live to a pre-recorded music track. This approach takes the in-the-moment feel that Demme prefers for his music videos and weaves it between what amounts to a documentary sketch of a city that knows both squalor and hope.

Demme’s best music video though is his most deceptively simple. Just as his take on “Away” catches the anxiety that animates the often aloof-seeming Feelies, his video for New Order’s “The Perfect Kiss” finds the improvisatory soul in a band that generates a lot of its music electronically, via pre-programmed buttons. Like a miniature version of Stop Making Sense, “The Perfect Kiss” film builds the song instrument-by-instrument, and Demme records every stage of that process, even when it’s just someone twiddling knobs. Each member of New Order looks gorgeous here—elegantly made-up, neatly dressed, and perfectly coiffed—and yet the action in the video itself goes against the grain of most image-conscious New Wave acts. Instead of cruising on a boat or wailing in a post-apocalyptic wasteland, New Order essentially performs an entirely new ten-minute version of their song, live in the studio, while Demme watches it come together, focusing intently on their hands and faces. Demme makes what sounds like a technical marvel make sense as a piece of human expression—and does so without fundamentally altering New Order’s character.

This has always been Demme’s strength as a director: his ability to orchestrate moments that feel heightened, and yet are remarkably savvy about where people live and what they do. That extends to the way Demme uses music, which goes far deeper than the “here are some songs I like” approach of so many filmmakers. In his feature films, music is often a way of getting across the joyful wonder of being a person, capable of experiencing physical sensations and changes in mood. But when he turns his camera toward the musicians themselves, Demme shows the sheer effort it takes for them to produce those sounds, without ever meaning to demystify the curious magic of beats, melodies, and harmonies.