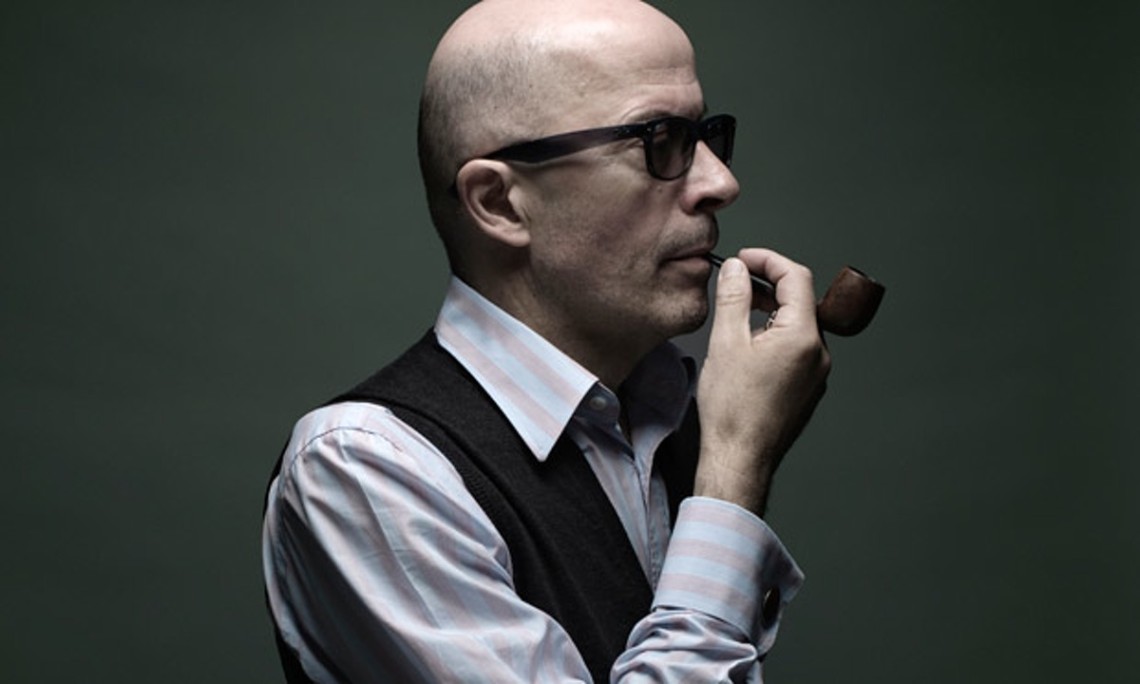 Through its story of three disparate characters—two adults and one child—who pose as a family in Paris to escape from war-torn Sri Lanka, Dheepan, Jacques Audiard’s latest film, shows how emotion and love can be shaped through time, as these three eventually form genuine bonds and establish a household. Following a screening of the film at the Toronto International Film Festival last year, Movie Mezzanine sat down with Audiard and discussed, among other topics, the Palme d’Or-winning film’s romantic, political, and even Shakespearean nature. 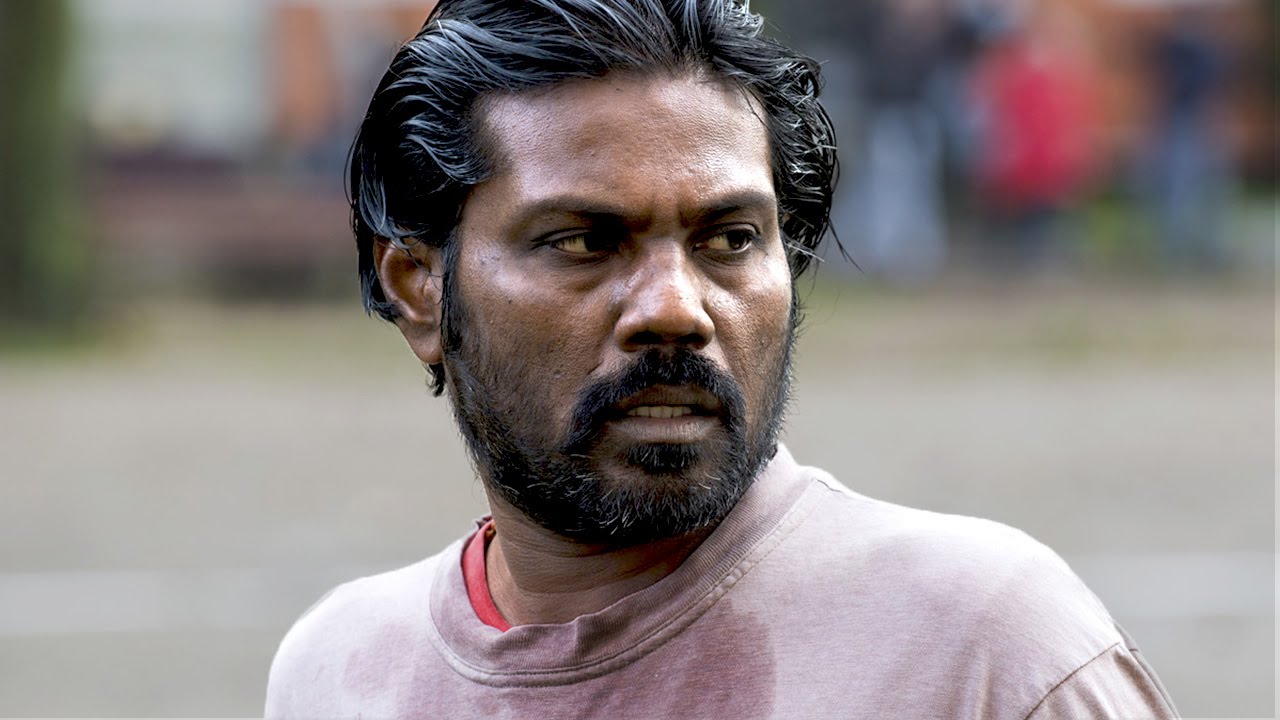 I watched the movie from [French philosopher] Jacques Rancière’s perspective when he argued that today we live in a society without real dialogue among citizens. As he argued, violence is the only possibility in such a society since people never truly talk with each other. It appears to me that your movie is a good example of this, which means that it’s a good political project.

I did not know Rancière very well; in fact, I can say not at all. I should clarify that I did not try to give any sort of moral message, but rather wanted to show pieces of what is happening in contemporary society. Thus, it is just an image of what we see every day, and I wanted to show a fake family that becomes a real family. I wanted to show how it is possible to coexist with these two things. This project became political from the very first time in France when we told the producer that we want to make a movie about immigrants, in the Tamil language, with people that nobody knew in France, and that I needed 6 million Euros to do it. The fact that we put a name on a face that nobody knows, Dheepan, was already political. And you need to remember that he is an immigrant. We want people to pay attention to the immigration problem. Immigrants die and we don’t know them, only becoming interested in their story when they are children who happen to die at sea.

I agree that you did not want to propose a moral story, but it appears to me that you do want to suggest that in a liberal society, living in a good manner means that you sometimes need to directly confront your surroundings; you need to struggle for your wants and dreams. That makes me think that Dheepan is a call for action.

Yes, I agree. For me, the most important confrontation was when the main character, Dheepan [played by Jesuthasan Antonythasan], discovered that he loves the woman and that another life, love, and family is possible; those were the qualities that he lost at the beginning of the film. This happened when he told her that they must integrate, live there in their new surroundings, and not live like a piece of trash…so he decided to become the best apartment keeper the world has ever seen. Little by little, he discovers that he is changing his life, that he is becoming interested in this woman and wants to have new life experiences.

At the beginning of the story, the goal of living in a new country was not personal, but the more he worked on it, the more he realized that moving in this direction was changing his life because he had to love a fake wife and this slowly changed his real life. Every fake thing in movie becomes a part of his real life.

What I like about your movies is that characters who at first are not well-suited for each other ultimately fall in love, such as in Rust and Bone, where the man falls in love with a girl in a very superior position compared to him but only after the girl loses her legs in an accident. This also happens here where two characters who normally could never fall in love finally experience this. Is this a theme that really interests you and one that you want to follow?

Yes, I am very interested in this theme, especially looking at how many lives we can have and believe in, but also examining the cost of having several parallel lives and what we leave behind when we make choices. That’s why my characters find themselves in totally unplanned and unexpected situations at the beginning. This helps them to experience a life for which they never have been prepared; it is a big surprise. 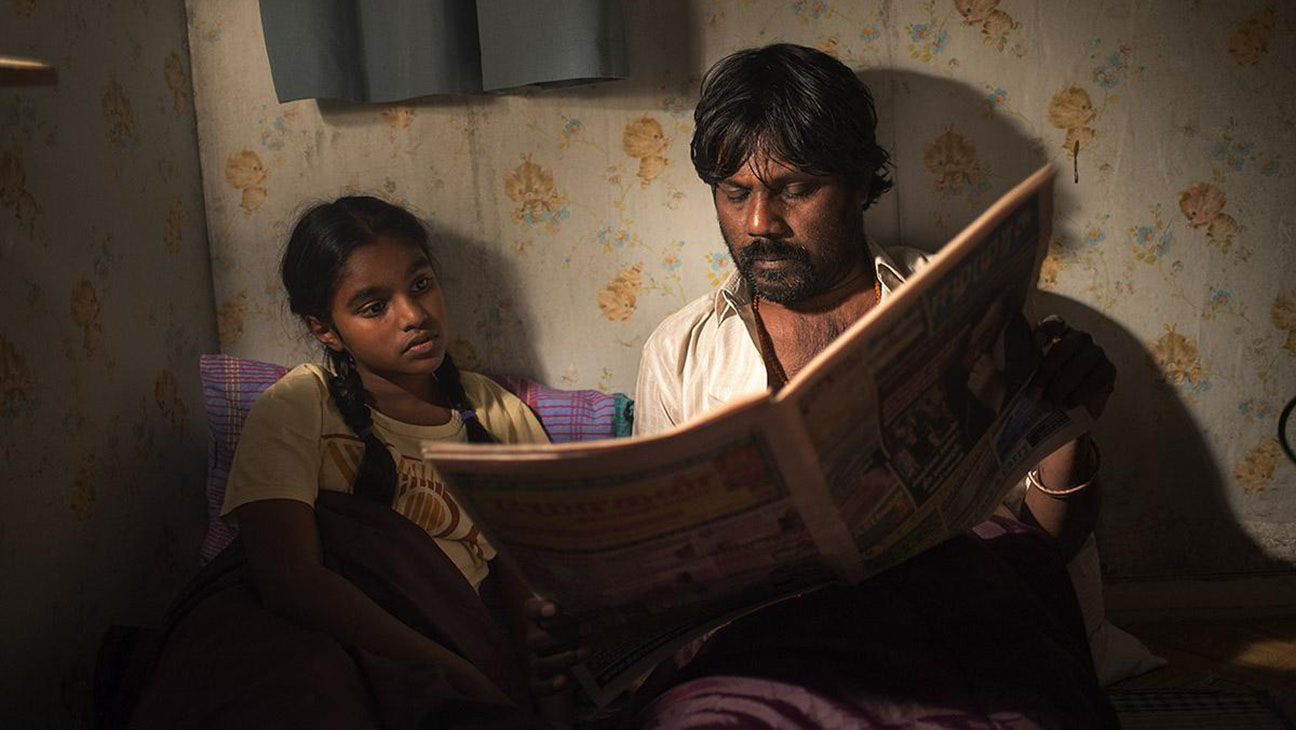 This is why I believe your film is Shakespearean in some ways. In Romeo and Juliet, we have two contrasting characters who fall in love despite being from enemy families, which is what makes their love story so interesting to observe. There is a high degree of danger in their romance, which is a very similar approach to your works.

That’s a very good observation and I have nothing to add. Because you mentioned Romeo and Juliet, you must note that neither of them knows what the new life experience involves. Romeo doesn’t know that Juliet will love him, and the same is true for Juliet. They are experiencing something about which they have no idea; it is an immortal love. When it happens to either character, then they become capable of expressing it, but it was something totally new for them. That happens for Dheepan since he does not know that he is going to end up in love. The same thing happens in Rust and Bone, since [Stéphanie, Marion Cotillard’s character] loses her legs and only after that does she discover that she is capable of falling in love with [Alain, Matthias Schoenaerts’s character].

Let’s discuss the sex scene [between Dheepan and Yalini, his “wife,”] in Dheepan. Here you take a more evocative approach, forgoing an explicit depiction symbols and imagination. Why did you take this approach towards sex for this film? Is it because the story is about two people from an Eastern culture?

I think it was all of these. It’s hard for me to explain why I chose this style; sometimes the scenes look very realistic and sometimes they are anti-realist. Maybe it’s because images like these are more interesting for me. At certain moments, I thought of having a deeper representation of sex with a plunging view, but…I realized that the way it is now is more sophisticated, especially with very dark light, which is why you see the light go down when they move toward each other. For example, this happens when she disappears slowly and goes to him in the bedroom; the scene gets darker and darker and she disappears there and she will take off her clothes as she walks through the darkness, but the audiences won’t see anything more. There are no special effects or technology involved at all; Yalini just disappears into the dark.

Can we argue that language plays a less important role in this movie because it is about love and emotion? There is a lot of dialogue here where we are not sure of its meaning.

It depends. No, I do not believe that language doesn’t really matter in love stories. What was so important to me with Dheepan was to make a movie completely in a foreign language. I didn’t know the language and I wanted to explore the free dimensions of language, but I didn’t want to have control over what language they are speaking or how they behave according to their culture. When you eliminate the importance of language and culture in a movie, then you are left with facial expressions and movement. I wanted to explore these in the absence of language in order to better highlight the other forces in cinema that can help us to understand the messages of a film.