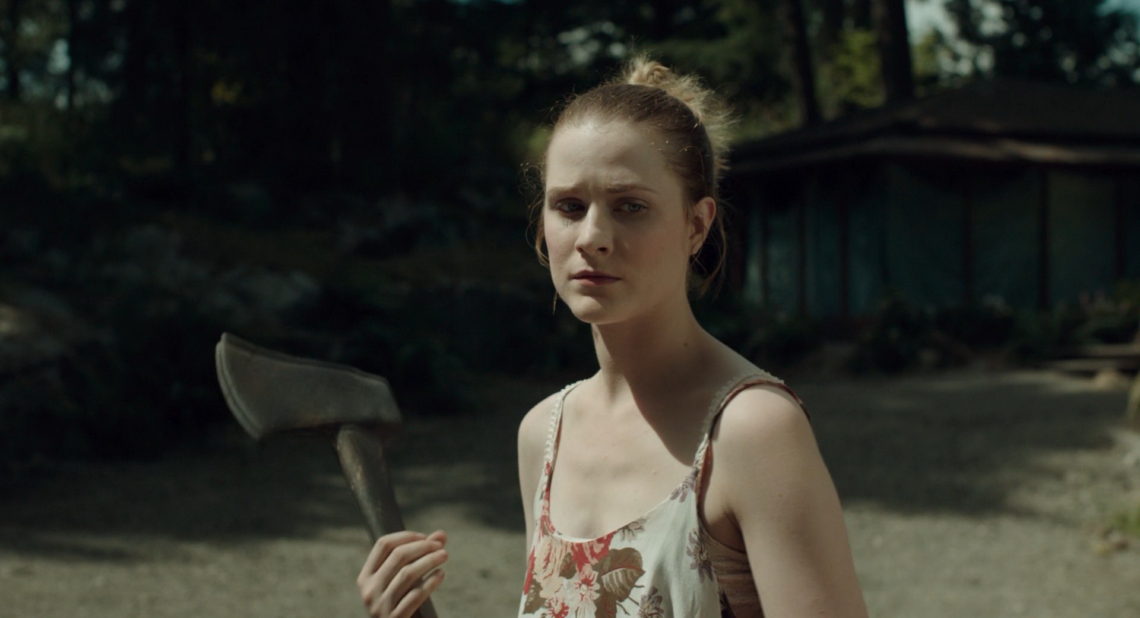 Archetypes of Masculinity in “Into the Forest”

Jovana Jankovic writes this essay regarding the various depictions of masculinity in the new film "Into the Forest."

Perhaps the most exhausting and exhausted issue in feminist media criticism is the notion that female characters in popular film and television are impoverished, one-dimensional archetypes whose sheer existence serves only to advance the aims and stories of the male characters in the narrative. To express fatigue with this issue is not to say it doesn’t continue to be imperative—perhaps now more than ever—but only to highlight the palpable depletion of energy that feminist critics, myself included, sometimes feel every time the argument has to be made.

So it was curious to see, in this year’s intense but steady Into The Forest from director Patricia Rozema, a reversal of narrative roles in which male characters are conceived as stereotypical sketches of a handful of archetypal “masculine” roles, and situated in particular as figures whose existence and actions only serve to create the world which the two female protagonists must navigate.

The film features an unusually placid post-apocalyptic narrative set in the very near future—arguably the present save for a few unrecognizable mobile digital devices. Two sisters, Nell (Ellen Page) and Eva (Evan Rachel Wood) must learn to survive alone in their “dead” house (smart home no more) in the forest after a mysterious nationwide power outage occurs… and never ends. No gas, no electricity, no communications technologies, no food, no water.

The first and sturdiest male character we meet is the girls’ father (Callum Keith Rennie). His sheer dad-ness would be laughable if it weren’t for Rennie’s natural charm, which totally sells it. On the one hand, he’s patient, supportive, encouraging, loving, kind, and goofy (he actually tells a “dad joke” as the girls release affectionate eye-rolls and groans). On the other hand, he’s ruggedly handsome, protective, resourceful, strong, and a man of few words. God himself couldn’t have made a more Platonic ideal of a contemporary white Western dad if he tried. 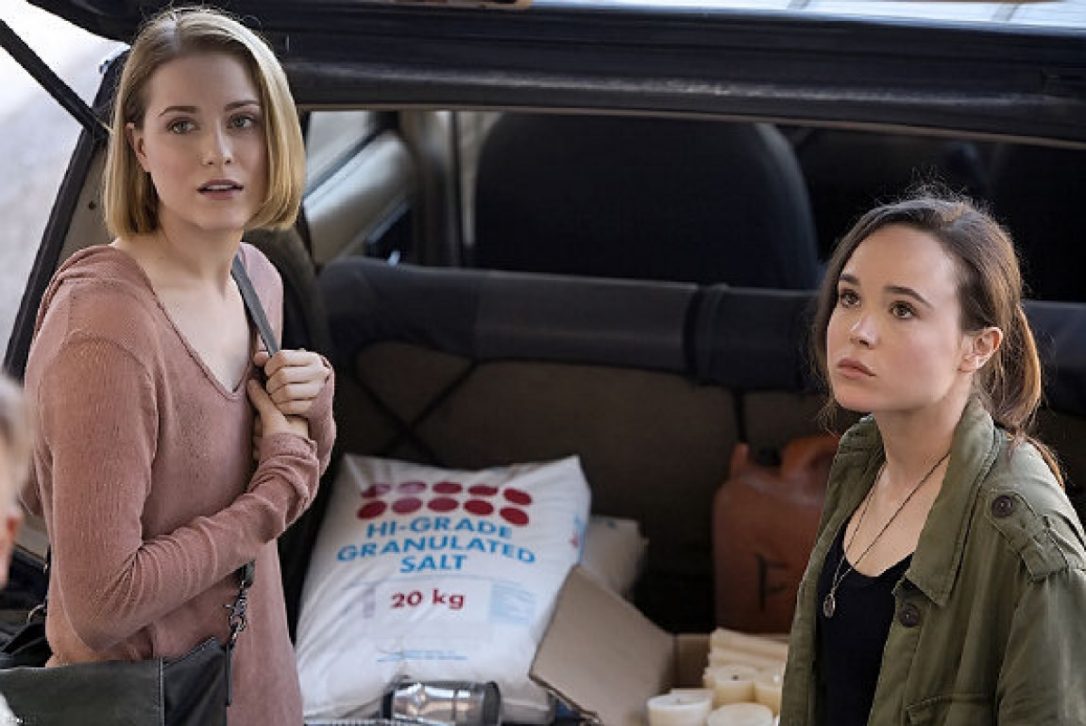 A few minor male characters enter the narrative early in the film: Dad has a nice friend in town, for one. As the power outage persists, Dad and the girls have a tense interaction with a disheveled gun-toting store clerk (Michael Eklund), a walking caricature of a “creepy” guy (every woman knows one when she sees one). And on their way back to the house from town, the trio narrowly escape a confrontation with two roadside rapists who deter them with guns after being interrupted mid-sexual-assault. There’s always one nice friend and one vaguely creepy dude for every couple of rapists. It’s demographic.

Suddenly, Dad dies in a tragic accident involving a chainsaw and the girls bury him in the forest. Stripped of the “man of the house,” the traditional bearer of leadership and responsibility, they must fend for themselves (in a beautiful parental cliché, dad’s dying words are “take care of each other.”) The perfect duo of art and science, Eva is a passionate contemporary dancer and Nell was diligently studying for her SATs before the power outage. As their options narrow and their outlook becomes more grim, they continually complement each other in what we might call the philosophies of life: while Nell rations gas, delves into survivalist botany, and guts a pig to acquire desperately needed vitamin B12, Eva (perhaps impractically, but admirably) reminds Nell that the spiritual nourishment of art, music, film, and the imagination are just as crucial in desperate times as potable water. Between the two of them, it seems they’ve got the spectrum of human knowledge and experience covered.

The next male character to make a significant entrance into the plot is Nell’s boyfriend (Max Minghella), a perfect living teenage dream: adorable and soulful yet harmlessly brooding too (those eyebrows!). Their romance started before the power outage, but now he shows up at the girls’ front door claiming he’s heard rumours of electricity out in Boston. He tries to convince the girls to travel there with him on foot over the better part of a year, but Eva refuses. Nell, however, initially agrees to split from her sister and go with her man. And here we have the crucial role of the stereotypical well-meaning lover: despite his good intentions, he will tear you and your closest female companion apart. In desperate times, given no choice, it’s gotta be him or her. While Nell initially leaves Eva and treks out into the forest with her dreamboat, she quickly changes her mind and goes back home. The sisters’ tearful reunion is one of the more romantic moments in the film.

What else does disposable dreamboat do? Well, he tells Nell she’s “the one” (seriously) and makes love to her. A few days later, she whispers “thank you” to the heavens when she sees menstrual blood on her underwear. The lover’s narrative arc is thereby completed: he was a great guy while it lasted, but it just wasn’t meant to be. Onwards. 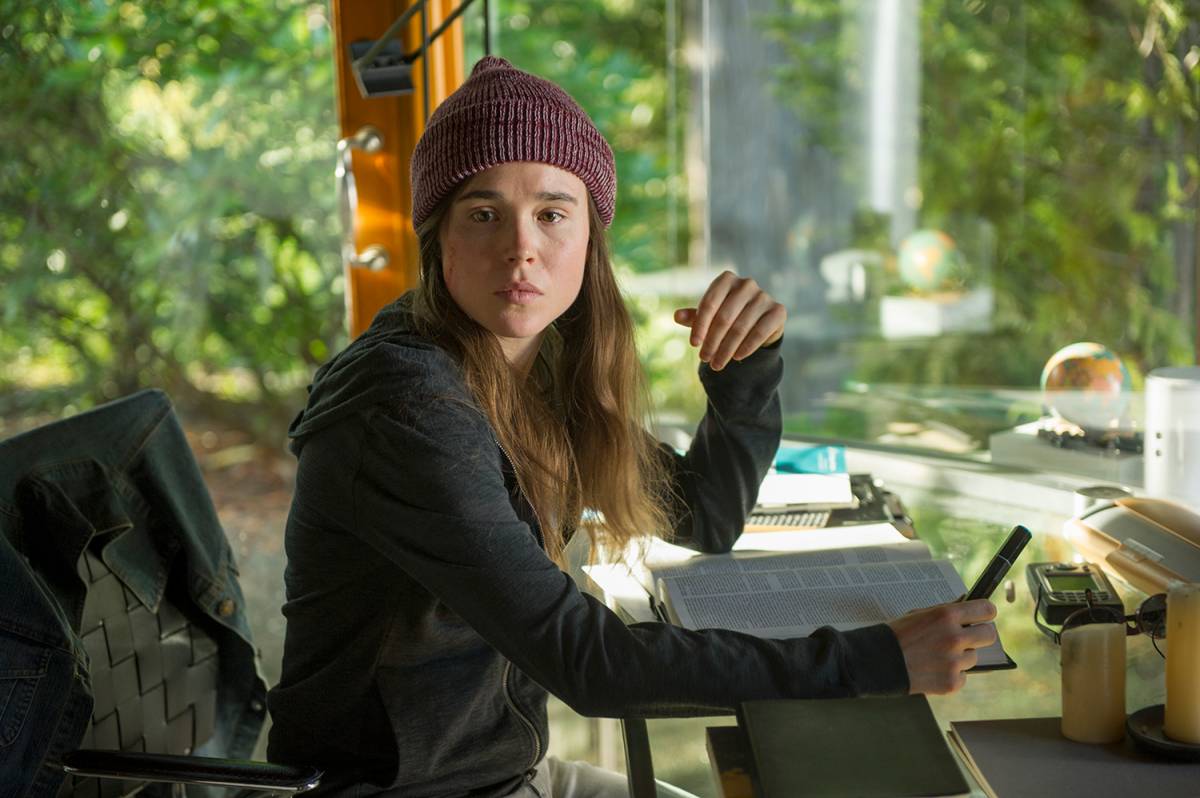 Later, in a deeply disturbing scene, Stan the creepy sales clerk returns and brutally rapes Eva while Nell is away picking blueberries in the forest. Here we have perhaps the most obvious and troubling of the male stereotypes: the rapist as stranger, as totally unhinged maniac lurking in the bushes. His ominous skulking is literalized by the shallow depth of field in which his approach is shot; he’s nothing more than an indiscernible outline of a man, shifting uneasily from foot to foot as he approaches his target. While it’s known that an estimated 79% of sexual assaults are perpetrated by someone known to the victim (friend, acquaintance, relative, partner, spouse), the “stranger danger” mythos persists in popular culture, and Stan personifies the feared assailant exactly.

The rape results in Eva’s pregnancy, and when Nell begins to research their options for a DIY abortion, Eva declares she wants to keep the baby. She’s certain it’s going to be a boy—and it turns out she’s right. And so arrives, on a stormy moonlit night in the forest, our final male “character”: the son, that harbinger of a new world order, the potential future, The One. Shortly after his birth, Eva declares the house uninhabitable due to a collapsing roof and the permeation of black mould, so as the film ends, the sisters hit the road, saviour baby in tow, into an uncertain future.

Sharply prescient in its representation of the practical effects and consequences of a large-scale grid shutdown (make no mistake, sexual violence would be a major marker of this world), Into The Forest also conceives of a storyline about women in which all men, from friend to foe, are fuzzy, vaguely outlined, fleeting supporting characters who whiz across our peripheral vision in the central drama that is women’s lives.

As film theorist Mary Ann Doane pointed out over two decades ago, at the height of theorization about the gaze, the representation of women, and the possibility of feminine écriture, our emancipation lies not in addressing the female body as either subject or object of representation, but in interrogating “the syntax which posits the female body as a term.” Into The Forest beautifully does away with this syntax altogether, structuring male bodies and personas as linchpins whose necessary objectification and classification grounds the complexity and the experience of an entirely feminine and feminist world.