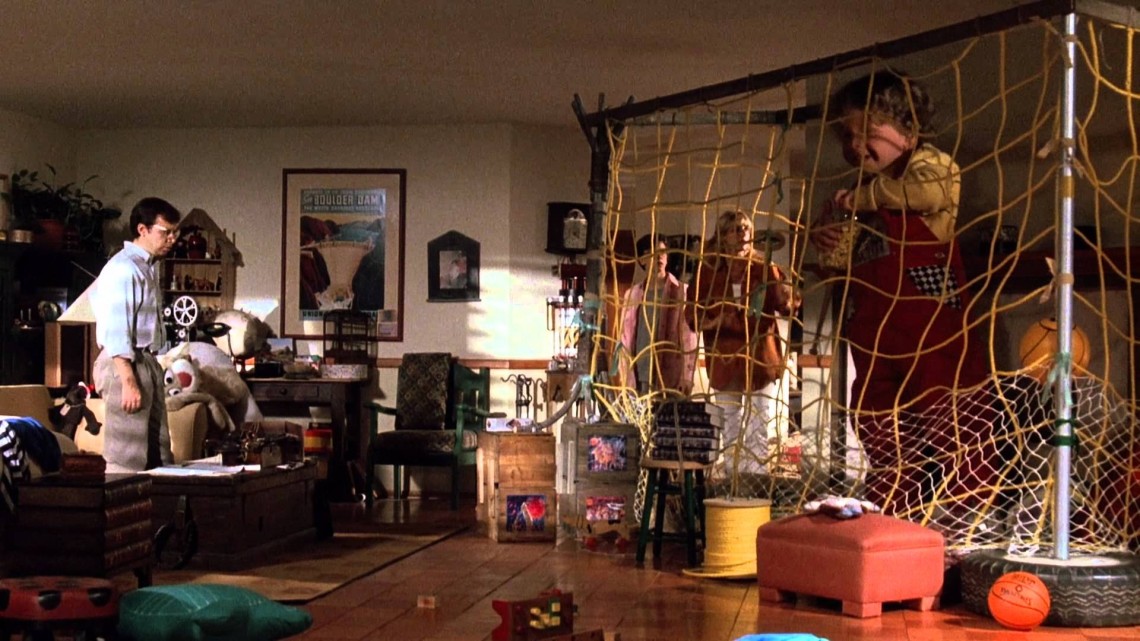 Mousterpiece Cinema, Episode 159: “Honey, I Blew Up The Kid”

Don’t you just hate it when one of your experiments at the high-tech laboratory near Las Vegas goes horribly wrong and your 2-year old son grows to a hundred feet tall? Right? It’s the worst! OK, so maybe not all of us can share Wayne Szalinski’s pain, but it’s there to see in the 1992 sequel Honey, I Blew Up The Kid starring Rick Moranis, Lloyd Bridges, and Keri Russell. Yes, really, the pre-Felicity Russell plays the romantic interest of Wayne’s son, which is why he ends up tying her up at one point in this movie, bound and gagged. (Maybe that’s not exactly why. But still.) Gabe and Josh are taking on this big baby for the new episode of Mousterpiece Cinema, and as you might expect, there’s a bit of disagreement about what kind of sequel this is: not bad or all bad. Plus, another round of Gabe’s Celebrity Crushes, which is distressingly becoming a thing on the show. Check it out now!