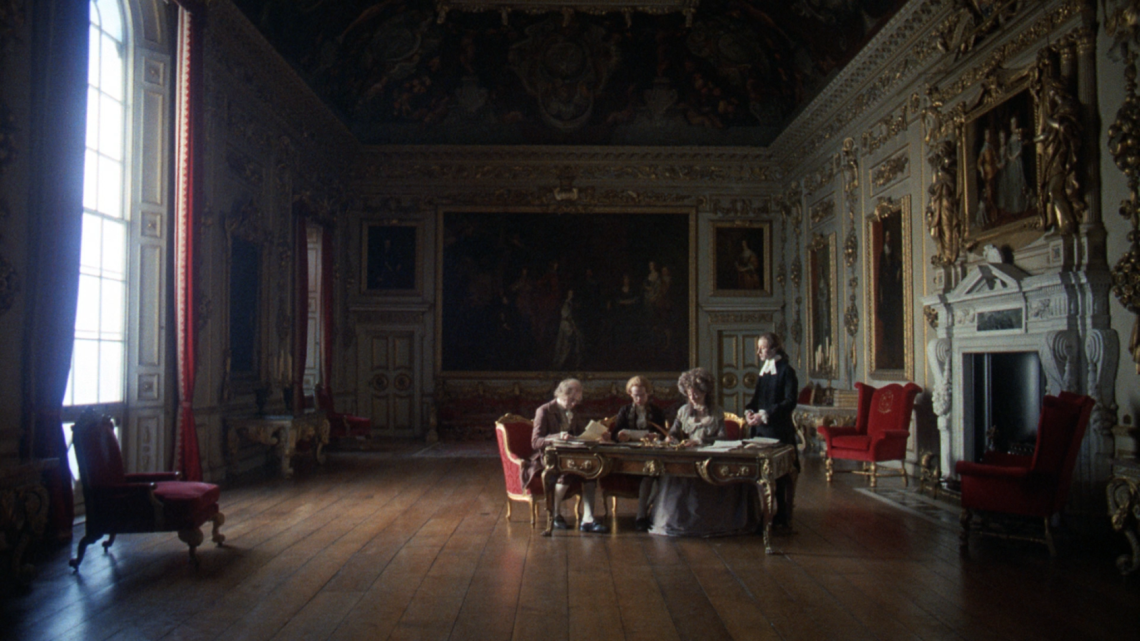 Editor’s note: Barry Lyndon is one of the 10 best films of the 1970s voted on by staff, friends, and readers of Movie Mezzanine. For the sake of surprise, we’ll wait to reveal where this and every other film ranks on the list until the very end. We hope you enjoy.

One could write entire books about Kubrick’s Barry Lyndon – on its treatment of history, its use of distancing devices, the way it seems to encapsulate the entirety of a life’s experiences, etc. – and other people have, so there’s not much point in trying to unravel its complexities in an 800-word article. But when you move away from specific interpretations, Kubrick’s 1975 entry is, like all his pictures, about the cumulative experience of being immersed inside it. It’s so stuffed with intricate period details and precise photography that it takes most individuals two viewings to get a solid handle on the narrative. Not because it’s confusing, but because the craft is so damn distracting that on a first viewing the people moving about the frames seem like a second priority.

Of course, that may all be part of the master plan. Kubrick forces the audience to step outside the frame, turning us into true observers. Starting with 2001, he worked tirelessly to turn the primary nature of popular cinema away from one that asks for character-identification and toward one that thrives on detached contemplation. He created barriers that prevent us from directly identifying with his characters emotionally – the inhuman pitter-patter dialogue of 2001, the sociopathic voiceover laced throughout A Clockwork Orange, the atypical structure of Full Metal Jacket – and used that inability to force us to more fully engage with the world on display. So many filmmakers want us to feel distinct emotions, but Kubrick wanted us to have profoundly indefinable experiences, full of sound and fury, and capable of a myriad of interpretations.

He also refused to ingratiate viewers who may not be inclined to engage with his films on that intellectual level. So it’s not surprising that Barry Lyndon came to be regarded as the “unsung” film of Kubrick’s post-Strangelove period. After all, the cumulative experience offered by the rise and fall of an unworthy would-be aristocrat in the 18th century isn’t quite as viscerally scintillating as, say, a metaphysical experience that occurs within a psychedelic rendering of outer space, or war, or being trapped in a haunted house. Kubrick was allowed to move freely among subjects, tones and paces without being tossed out of the studio system. But Barry Lyndon represents the one occasion where general audiences weren’t interested in buying what he was selling. 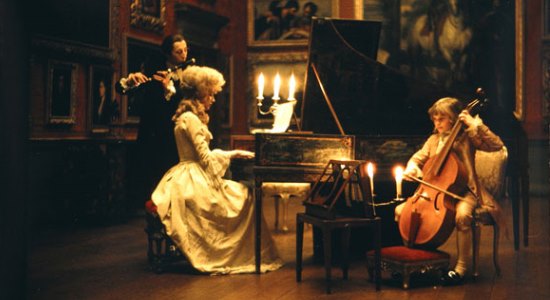 That’s probably because it’s the most pointed demonstration of his formalist prowess – the “late period” entry where he sidelines narrative concerns to the greatest degree. In a sense, that’s ironic: Barry Lyndon is a melodrama, an anti-bildungsroman in which the titular character rises through 18th century society, bears witness to wars and duels, falls in love, fathers children, and generally just lives the kind of eventful life you’d expect of the protagonist of a 19th century novel. (The film is based on a little-known Thackeray text, not even in print when the film was being produced.) But Kubrick approaches all this narrative action – which almost any other director would use for crass excitement and tear-jerking – by undercutting every single moment of it, deflating the picture’s tension, suspense, and plot-turns by design.

The narrator carefully “spoils” the developments that will occur in later scenes. Even the two chapter-title cards – “By What Means Redmond Barry Acquired The Style And Title Of Barry Lyndon” and “Containing An Account Of The Misfortunes And Disasters That Befell Barry Lyndon” – leave no doubt as to what is to occur in the following 90-odd minutes, respectively. There’s no audience surrogate, leaving us to sort out signifiers and interpret aesthetic decisions instead of, ahem, “feel feels.”

Barry Lyndon can’t be fit into any specific box. It is at once a costume drama, a comedy of manners, and a rigidly-told existential parable with seemingly impenetrable implications. It is Kubrick’s most idiosyncratic picture, full of the behavioral humor that’s black to the point of being intentionally alienating. (He dwells on society’s rigid adherence to customs, even connecting choreographed dancing to the battlefield, where savage beatings are made palatable by organization.) It’s more than just one of the greatest films of the 1970s; it’s one of the relatively few pieces of cinema worthy of comparison to the great art works created in other forms. Its surface is immaculate, and what lies beneath it is endlessly malleable. It’s a singular film. 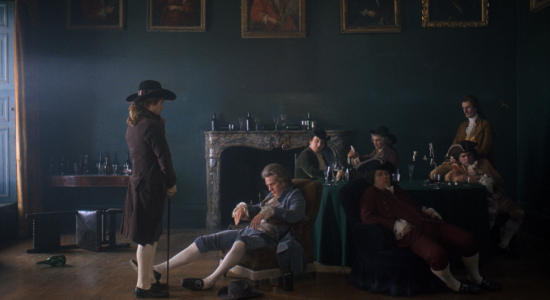 A postscript: If you read the screenplay for Paul Thomas Anderson’s The Master, you’ll see that it’s laden with long tracking shots and expansive sets. One particular moment was meant to track alongside Joaquin Phoenix’s Freddie Quell, across the bombed-out remains of London, laterally, for minutes on end. Anderson couldn’t get The Master financed through the studio system that produced Barry Lyndon; he had to re-envision it as a more interior film, a historical epic predicated on close-ups.

Barry Lyndon is not an experimental film, yet the idea of such a challenging, worldly, lengthy, expensive and intellectual film being produced through the studio system seems incomprehensible in the current climate. It’s apparent that Kubrick had a lifetime deal with Warner Brothers. Paul Thomas Anderson, in contrast, couldn’t even get an expansive take on The Master made after his previous picture had grossed three times its own budget. Barry Lyndon is a downbeat picture, but it was dreaming for a future of American cinema: one that crossed the world instead of the country, called to the great art of centuries past instead of to the great crowd-pleasers of decades past, and expanded the form instead of corrupting it for commercial ends. That dream didn’t materialize. People went to see Jaws instead, and Kubrick’s next film was an adaptation of a Stephen King novel.

One thought on “History of Film: ‘Barry Lyndon’”