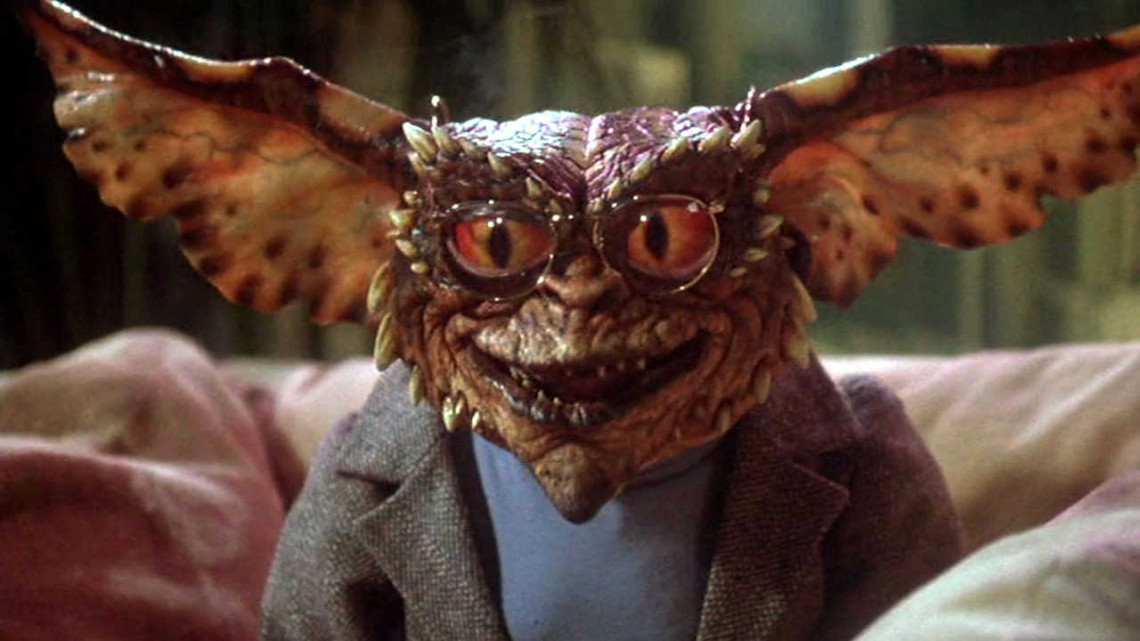 The Gleeful Free-For-All of “Gremlins 2: The New Batch”

In 1990, Joe Dante reluctantly agreed to make a sequel to his 1984 hit Gremlins, under the condition that he was allowed free rein, and the result was an infectious mélange of movie madness, the one Dante picture that comes closest of all his films to capturing the spirit of that 1968 touchstone. The titular critters of his 1984 film were, like Jack Finney’s Body Snatchers, malleable in their metaphoric function. In Gremlins 2: The New Batch, they’re mainly uncontrollable figures of Dante’s id, allowed to wreak havoc on a not just a city, but also both the logic of the first film and the industrial logic that necessitated a Gremlins sequel in the first place.

Of course, Hollywood sequels, remakes, and reboots that comment on the factors that produced them aren’t a particularly novel idea, but Gremlins 2 might be the most sustained and productive example of the meta-sequel. It helps that it’s a children’s film—outside of The Simpsons, I can’t recall a work of narrative that was more conducive to my own burgeoning comprehension of irony or self-reflexivity as a young viewer. Twenty-five years since its release, and a few less years than that since I first saw it, it feels just as inspired—one of a handful of films (Persona, Two-Lane Blacktop, Jerzy Skolimowski’s Le Depart) to truly earn the right to employ the meta-textual effect of the celluloid projecting it burning from the heat of fictional rupturing.

Transferring the action from small-town America to New York City, the film is centered almost exclusively in the vicinity of Clamp Enterprises’ skyscraper home—an improbable “smart building” that includes a mall, TV studio, a laboratory, and climate-control center, among other facilities. This alienating state-of-the-art construction is a clear riff on the monstrous “Tativille” of Jacques Tati’s Playtime and the zombie-besieged mall of George A. Romero’s Dawn of the Dead, and Dante likewise delights in the spectacle of consumerism collapsing on itself.

Working in its offices are Billy (Zach Galligan) and his fiancée Kate (Phoebe Cates), both returning from the first film. The bulk of Gremlins 2’s narrative, such as it is, involves them scheming to convince Clamp’s eccentric billionaire owner and founder Daniel Clamp (John Glover) of their plans to stop the gremlins multiplying after the rules of handling the cute, conditionally harmless Gizmo are once again broken by accident.

Plot, however, is just one of the orthodoxies that Dante sets up for the gremlins to demolish. In the film’s centerpiece moment, a passage of stultifying exposition is interrupted by the frame burning up, setting the stage for a prolonged stretch of mixed-media madness, as the gremlins host a mini-Movie Orgy that encompasses a range of Gremlins-centric attractions: shadow puppets on a blank screen, original Chuck Jones animations, film-clip channel-surfing, and dramatizations of the frustrated audience members watching Gremlins 2. This episode was, like Cates’s “I hate Christmas” monologue in the first film, something Dante had to fight with Warner Bros. to keep in the film, and it remains the most delirious passage in Dante’s filmography, which is distinguished by its frequent nods to his cherished childhood totems (his next film, Matinee was a nostalgic look at growing up in the time of the Cuban Missile Crisis, and the way fear was refracted and reflected in the B-movies of the era)

Superficially, there’s not a lot that separates Gremlins 2 from some of the lazier children’s films, which mix up broad laughs for the tykes with older pop-culture references for the parents. But it’s the insouciant spirit of Dante’s film that sets it apart. Not to mention that it’s really, really funny: I can think of fewer sight gags more perfectly conceived than Dick Miller being attacked by a gargoyle on a sidewalk while New York onlookers remain largely blasé, or voice performances more inspired than Tony Randall’s as the “Brain gremlin,” a faux-academe with an affected British accent who name-checks Susan Sontag while offering a thesis on the subject of civilization. Even 25 years after the fact, Gremlins 2 remains one of the few Hollywood sequels to give an honest and satisfying answer to the question of why sequels exist: for gleeful free-for-alls like this.

4 thoughts on “The Gleeful Free-For-All of “Gremlins 2: The New Batch””