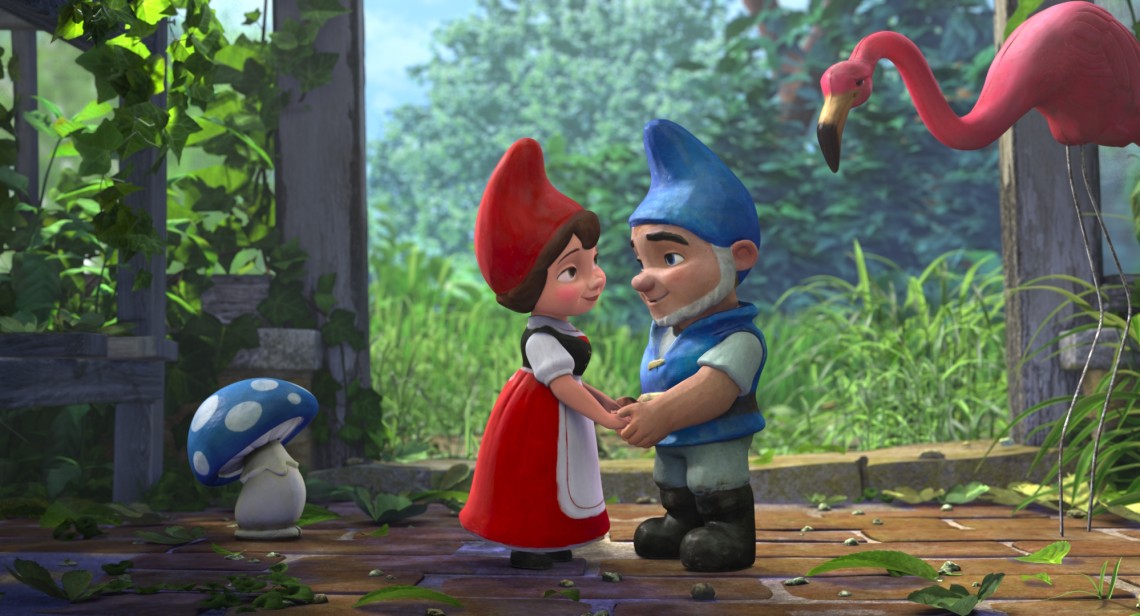 On this episode of Mousterpiece Cinema, Josh and Gabe head to the garden to review "Gnomeo and Juliet."

This week on Mousterpiece Cinema, Josh and Gabe are ripping off yet another Band-Aid. Yes, because they talked about a gnome-centric movie earlier this year, it’s time to head back to the forest to deal with some more gnomes. (Because, of course, there’s no place like gnome.) OK, being fair, Josh and Gabe are actually just headed to the garden, because the movie of the week–Gnomeo and Juliet–is all about garden gnomes who might be re-enacting one of the most famous dramatic tales of all time for our pleasure. Well, that’s the idea. But Josh and Gabe are both pretty…displeased with this one, even in spite of its stacked cast including Emily Blunt, Michael Caine, and Hulk Hogan. (That is not a typo.) Does the film have any redeeming value? Find out now!