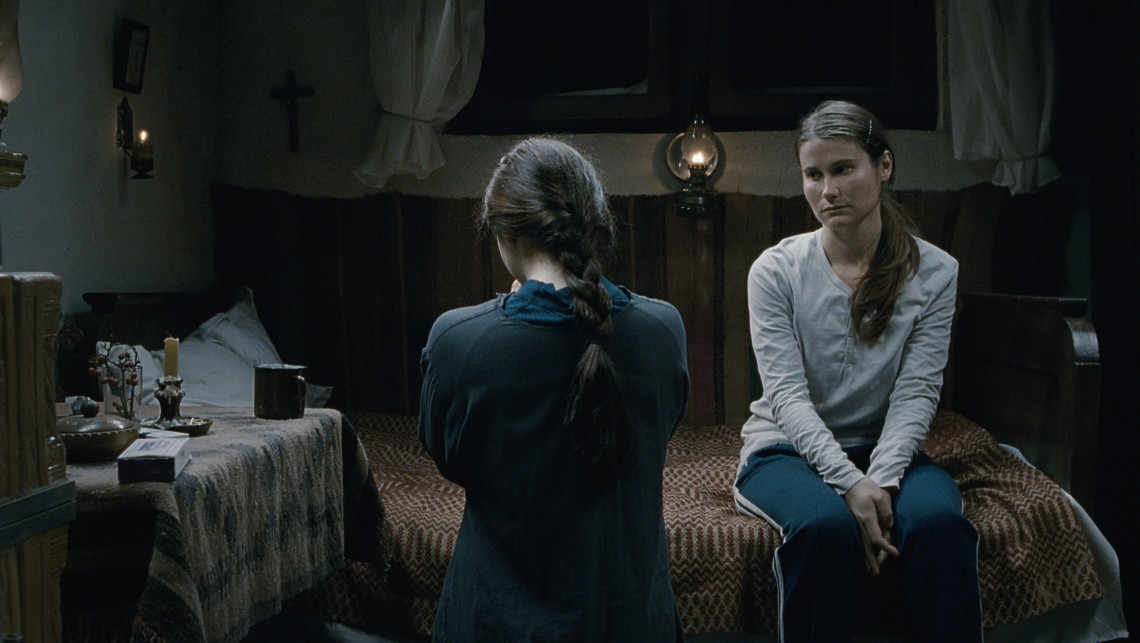 For Your Reconsideration: ‘Beyond the Hills’

There have been many pictures that really stuck with me over the course of this fine year of film, and yet there’s one that has lingered through my memory more than most, and I happened to see it in the beginning of March: Cristian Mungiu’s quietly harrowing Beyond the Hills. Here’s a film that, were I to spoil the main conflict to viewers who hadn’t seen it yet, would sound like a rather standard horror film. Under Mungiu’s hands, however, we are rewarded with something more real, intelligent, and disturbing than anything you could have possibly anticipated from its premise.

It’s a surefire Top 10 of the year candidate for me—possibly even Top 5. And everyone else I know who’s seen it has sung high praises just as I have. Too bad the total amount of other critics who have seen it is relatively low, for easily identifiable reasons. Its release was low key, Mungiu’s typically slow pace coupled with the film’s 2.5 hour runtime did little to convince unknowing viewers, and some who actually did manage to see it by the beginning of the year have forgotten about it along the shuffle of big Oscar players releasing by now. But Beyond the Hills truly deserves mention as one of the best films of the year, regardless of how early it came out or whether or not bigger films have overshadowed it.

Set in an Orthodox monastery in present-day Romania, we witness the bond between two women slowly but surely break apart through some kind of external force. Whether this is because of religious prejudice, psychopathy, or a combination of the two is left to the viewer’s interpretation.

One (Cosmina Stratan) is a nun in the film’s monastery, which is shut off from the rest of society and prohibits electronics, material possessions, and connections with people from the outside world. The other (Cristina Flutur) is from that outside world, and is willing to do anything to stave off her “heathen behavior” just to be with her friend, even if that means having to assimilate into the nunnery. As you may expect of a film from the director of 4 Months, 3 Weeks and 2 Days, things do not end well for either party. What you may not expect, however, is one of the darkest journeys into the recesses of the human psyche at its worst. 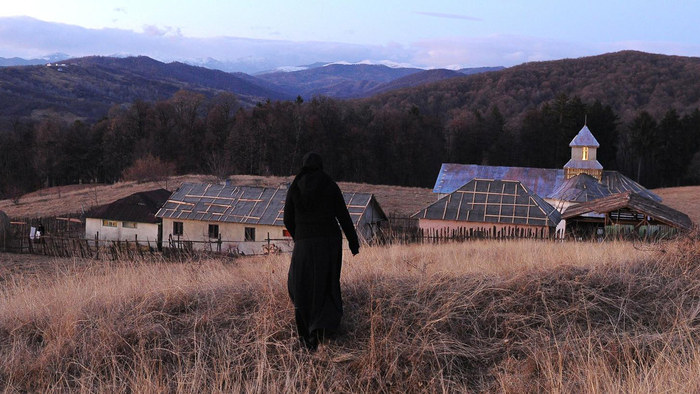 What’s brilliant about Beyond the Hills‘s portrait of the struggle between the spiritual and the secular is that neither side is portrayed as the “villain”, per se. For all the suffering that’s dealt to each character, this is still a very human picture. Sure, one of the parties performs truly heinous acts that yield devastating results, but not because they’re outright villainous. These characters all feel and act like real people reacting exactly as someone from that kind of background would have done, which is more terrifying than any caricature could have conjured up because you could truly imagine these events happening to someone even you may know. Mungiu even manages sympathy (or perhaps just pity) for the supposed “antagonists” when even their actions happen to be misunderstood by the outside world, just as they so fatefully misunderstood their captive.

The script is inspired by real events, even if its never specified which events inspired it, exactly. That being said, I’d have a hard time believing that something akin to what we bear witness to in Mungiu’s film hasn’t already happened at least once in human history. What’s more important, I’d argue, is that the film, in spite of its subject matter, never once feels like a horror film, even if the events the audience witnesses are as horrific as anything I’ve seen this year.

Mungiu never heightens the film’s horror for the sake of feeling “cinematic” or “conventional”, instead opting for something far more disturbing: reality. His fly-on-the-wall aesthetic only heightens the plausibility and the unnerving fear that this is a horror that lurks in the confines of our own society. At two and a half hours, it never drags, and allows its slow pace to let each scene truly simmer and draw out the maximum amount of tension possible. Stratan and Flutur’s spellbinding performances, two of the very best I’ve seen this year, only strengthen that sense of reality, as do the supporting players. Through that reality, we see just how treacherous we as a species could become when brought face to face with “the other”.

That’s ultimately what Beyond the Hills boils down to. Not just a portrait of the secular versus the spiritual, but also desires versus conventions, the bonds of individuals against the pressures of a community, the strength of friendship battling the tests of time and distance, you versus the other. In that respect, Beyond the Hills manages to wring something universal out of such specific subject matter, and the results are as absorbing and frightening as any film I’ve seen all year. How it hasn’t garnered much discussion in the critical landscape is beyond my comprehension, but it’s at least not too late for more people to discover it.