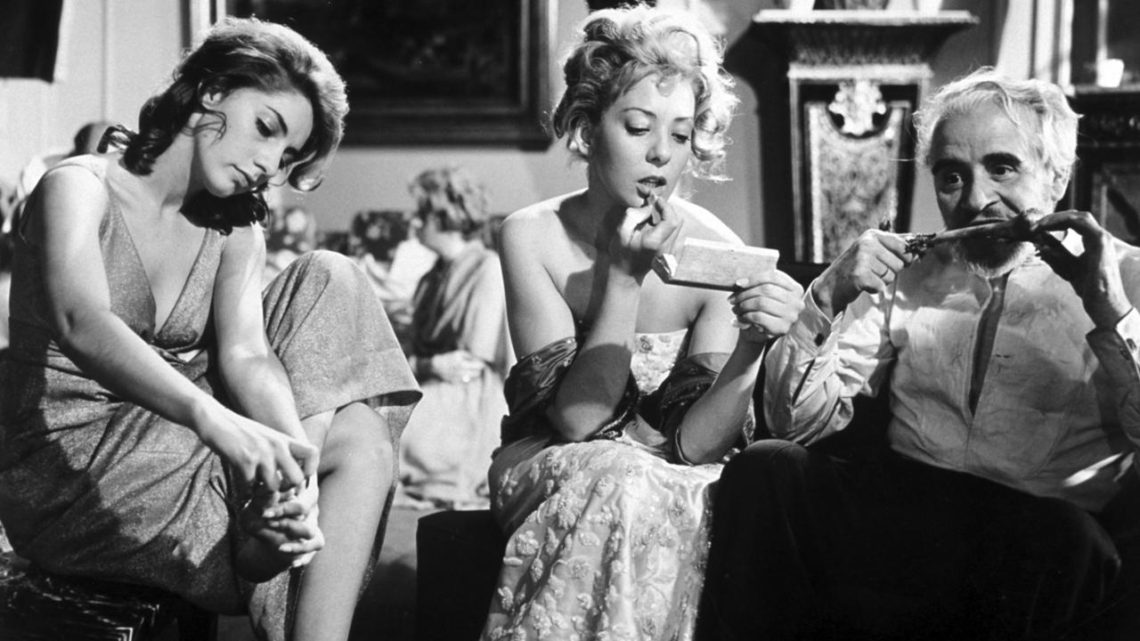 Strange Things Happen When You Get Too Rich

Jovana Jankovic writes this piece on Bunuel's "The Exterminating Angel," coming onto The Criterion Collection this week.

A once seemingly impossible and cartoonish nightmare, one that doesn’t follow the rules of the world you thought you knew, has suddenly become a reality. It might be the experience of many who didn’t—or refused to—see the rise of white nationalism while a certain American president-elect campaigned on it. It could also be the distinct signature of Surrealism, a tradition whose commitment to making dream (and nightmare) logic come to life through the power of cinema is as equally disturbing as it is playful. A new Blu-ray release of The Exterminating Angel, Luis Buñuel’s precise and plush bottle episode from 1962, will be a salve for us in these strange times. Its odd relevance is as jarring as its beauty is enduring. And like the election of Donald Trump, it makes perfect sense if you think about it—despite its absurdity, the logic is neat.

In the film, a decked-out gang of high-society friends dine and chat in a fancy mansion until they suddenly find themselves inexplicably incapable of leaving the room. Yet even before the absurdism begins, the tensions between socio-economic classes are apparent: the staff is in a mysterious rush to complete their prep tasks and leave the house quickly (and why should it be any different? We all want to get off work, don’t we?). The hostess throws a fit when two of the staff members claim to have finished their shifts and attempt to leave; they end up reluctantly sticking around for fear of losing their jobs. The head butler plays a sort of “middle manager,” disciplining the staff who report to him and happily kowtowing to the aggressive demands of his superiors.

Later, when it becomes apparent that none of the bourgeois guests can exit the party room, their anxiety at being trapped doesn’t reveal itself explicitly. Locked behind the façade of liberal decorum, each guest pretends as though they don’t want to leave. After spending one night, and then another, on the floor in their ball gowns and tuxedos, hairdos come undone, hunger and thirst set in, and an atmosphere of suspicion, desperation, violence, and despondence quickly takes hold. While the experience for the guests is nightmarish, it frequently veers toward the comic for the viewer, and this is the voyeuristic and satirical pleasure the film offers: look at the stuffy and self-obsessed bourgeoisie running around like frantic ants in an ant farm whose invisible walls they can’t see. A couple of eerie high-angle shots only accentuate the clinical perspective. (The analogy is not accidental: Buñuel was fascinated with insects since childhood and studied entomology at the Museum of Natural History in Madrid.)

So what is this mysterious force stopping our bejeweled party guests from exercising their free will? The film certainly never makes it clear (although it is ultimately repetition—a narrative structure in cyclical time—that “frees” the guests and yet entraps them again). But we all know what it is to live under the control of powerful external forces (I’m looking at you, racist and patriarchal global capitalism). Of course, it was our pal Marx who “wanted a world that is rational and transparent, and in which human beings have been liberated from the control of external forces.” It’s simply that, for the bourgeoisie in the film, their entrapment has never been so literal, so palpable. They’re normally accustomed to the illusion that they’re free—an illusion no doubt bolstered by their economic privilege.

Since the film’s release, critical interpretations have diverged along a political line: is it an explicit takedown of class and economic inequality, or rather a quasi-Sartrean investigation of the human condition regardless of social position, of the desire for escape from existence and the imminent threat of entrapment? Was Buñuel motivated by a fun-loving thirst for blasphemy and shock value as opposed to a sober and politically aligned commitment to social critique? Rewatching the film now, it starts to seem that the distinction between these sets of intentions isn’t as clear or necessary as it might have seemed. We’re all trapped, yet only some of us see it. 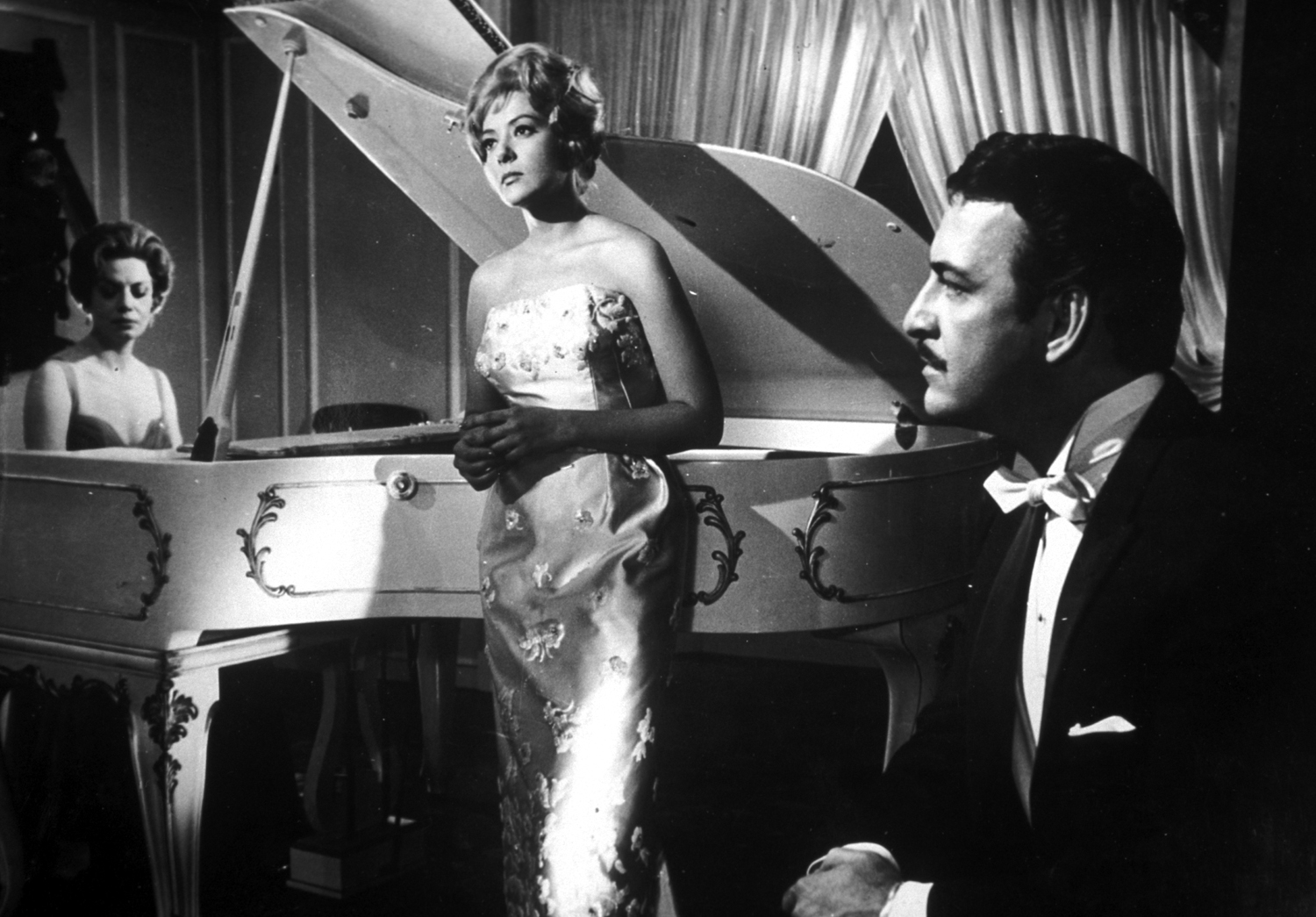 If ideology is something which narrates an imaginary representation of real conditions, Buñuel’s surrealism makes vivid and frequently parodies those imaginations: witness the disembodied hand crawling up the body of a sleeping female party guest during a sequence drenched in cries and screams and hallucinations and superimpositions. Is this literally the (invisible) hand of free market capitalism? Is it the hand of rape culture, threatening to grab a woman “by the pussy”? Dreams are, of course, nightmares too, and it’s a mistake to think that Surrealism is always simply allegorizing. Life (the ‘real’) is itself surreal, as we know all too well. Dreams, imagination, and fantasy are part of the living world. In his desire to make the film-world into a living-world and to make dreams ‘seem real,’ Buñuel reveals our own absurdity to ourselves rather than simply masking it under a facile binary symbolism.

At one point, a party guest casually muses that “the lower classes are less sensitive to pain.” Maybe not quite less sensitive, but certainly they’re more accustomed to it. Perhaps being trapped in a room where they don’t want to be is more arduous for the upper classes since, for the lower classes, it’s called “going to work every day.” Similarly, the servants in Last Year at Marienbad (1961) didn’t seem to lose track of time the way their superiors did either—perhaps because time’s linearity and identifiable progress were clearly punched into their timecards. What if space and time suddenly didn’t belong to the bourgeoisie? What if it was no longer under their control, what if it wasn’t their personal playground? Perhaps tempers and suspicions would run high, as they do among The Exterminating Angel’s party guests…  But these well-trained bourgeois stalwarts still continue to act polite. Then, over time, they turn to magical objects and acts. Kabbalah. Killing a lamb. Sorcery. Finally, the cries and howls and hallucinations set in. They dream of their gods (their values, what’s dear to them, the way things properly “should” be). Strange things happen when you get too rich.

So the film forces us to look our own complicity in the eye. Even as I write, I hesitate to use the word “they” to refer to the party guests, as my own middle-class bourgeois background looms uncomfortably over me. Those who have expressed shock at the ostensible “return” of white nationalism and misogyny in late capitalism are the same ones who say avant-garde and Surrealist artworks “don’t make sense.” Look closely and you won’t see a more obvious narrative in the world. Ultimately, we’re doomed to repeat our mistakes unless we see the cycle in which we’re caught; unless we throw off the chains of liberal propriety and flee the mansion quickly just like the servants do. We should say a gracious thanks to Mr. Buñuel (and the good folks at Criterion Collection) for coming back now to reveal our own absurdity to ourselves.

After the party guests finally escape from the hellish mansion-trap, they throw a lavish Catholic mass to show gratitude to God for facilitating their escape. A stunning slow panorama traces their frozen forms as they stand in the church. But oh god, now they’re stuck again! The stoic and properly made-up visages of the in-betweeners, of white liberal feminism, of Hillary herself, are standing by and toeing the line while a force bears down upon us with vicious and completely illogical might.