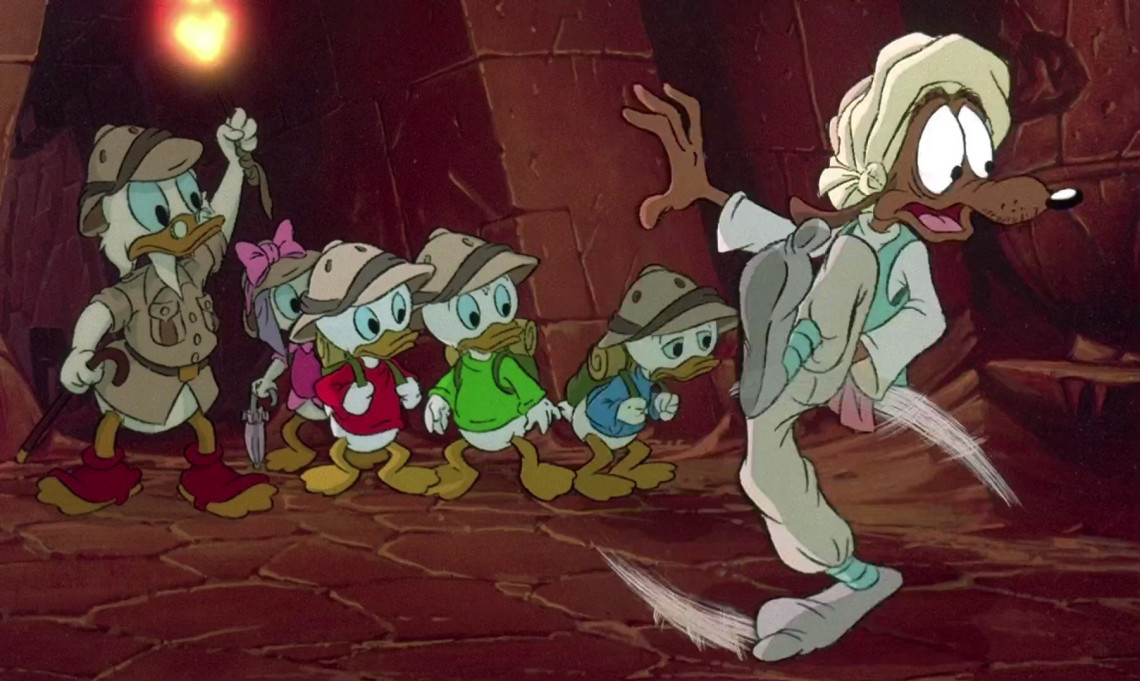 It’s time for an episode of Mousterpiece Cinema that’s 25 years in the making! That’s right: this week, Josh and Gabe are going back to the beginning…of DisneyToon Studios, at least, as they review the 1990 film DuckTales The Movie: Treasure of the Lost Lamp. They’re joined by past guest Andrew Daar to talk all things DuckTales (woo-oo!), but also the film’s not-so-shocking similarities to Disney’s future adaptation of Aladdin as well as how famed comedian Rip Taylor might, in this film, be closer to half-Joe Camel and a third-Fonzarelli in playing a particularly…loud genie. (Yes, Poochie will be invoked a lot this week. A LOT.) Does DuckTales The Movie hold up after a quarter-century? Is there still quality to be mined from the original Scrooge McDuck stories? And will one of us sing this week? Find out now!