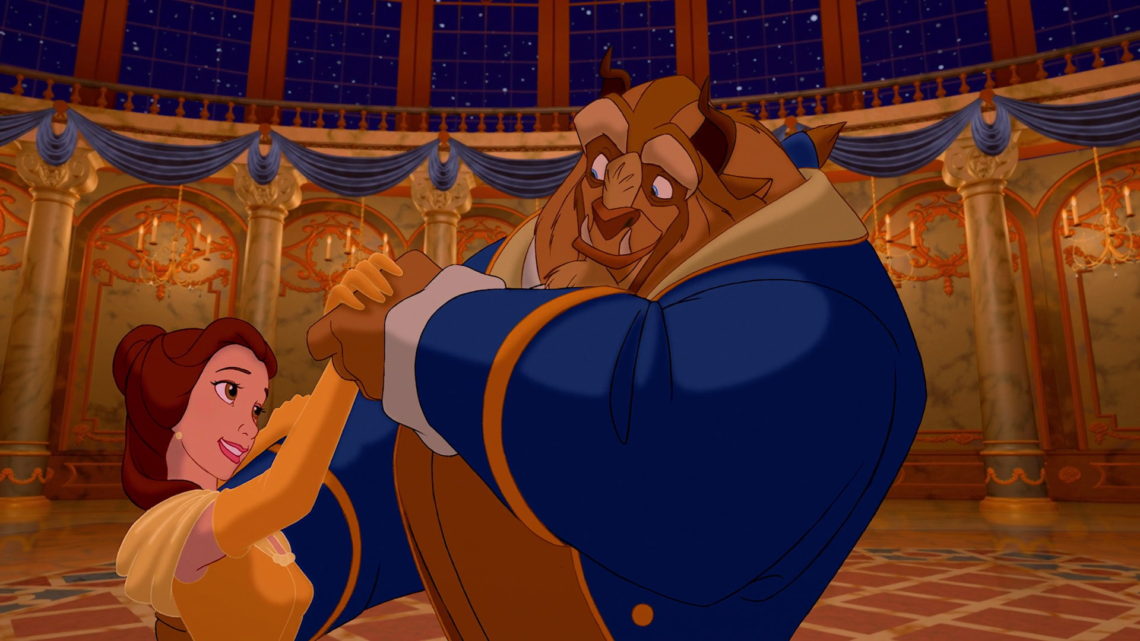 Why It’s Time to Open the Disney Vault

In this essay, Josh Spiegel returns to the topic of the Disney Vault as Disney releases "Beauty and the Beast" on Blu-ray for the second time.

In February, the Walt Disney Company’s home-media division kicked off a new series of Blu-rays, the Walt Disney Signature Collection, which highlights many of its notable animated films. The series began, fittingly, with the company’s first full-length animated feature, Snow White and the Seven Dwarfs. As I mentioned back in February, though, this was not Snow White’s first trip to Blu-ray, and the new version offered very little to the consumer. The Blu-ray transfer was the same; many of the earlier Blu-ray’s (and DVD’s) special features had been ported over, but a few had been removed for no discernible reason; and few of the newly created extras were remotely interesting. The conclusion of that article was simple: the “Disney Vault” is a useless concept that needs to die or be wholly reshaped.

It’s late September now and Disney just released the second entry in its Signature Collection: Beauty and the Beast. (You may be thinking, “Isn’t the purpose of the Walt Disney Signature Collection, where Disney’s literal signature is placed on each Blu-ray cover, to focus on films in which Disney himself was directly involved?” Friend, you are thinking too much.) For marketing purposes, it makes sense to put Beauty and the Beast in the two-spot: we’re only a couple months away from the film’s 25th anniversary, and just a few more months out from the highly anticipated live-action remake starring Emma Watson and Dan Stevens. But releasing Beauty and the Beast again on Blu-ray only further emphasizes how backwards the Disney Vault is, and how the studio can use that phrasing going forward to their advantage for once.

If you don’t already own Beauty and the Beast on Blu-ray (considering that it was “in the Vault” for more than four years up to earlier this month), then you’re in luck with the Signature Collection disc. If you’re a collector of Blu-rays, then you are also in luck, and you may have already purchased your copy. If, however, you already own the Diamond Edition Blu-ray or the Platinum Edition DVD, there are few good reasons for you to spring for this new release. The special features are, as anyone who pays attention to Disney’s home-media strategy will surmise, not terribly insightful. The meatiest extra is called “Menken & Friends: 25 Years of Musical Inspiration” and features Beauty and the Beast composer Alan Menken talking with Stephen Schwartz, Robert Lopez & Kristen Anderson-Lopez, and Internet favorite Lin-Manuel Miranda about Disney music and their personal histories with the 1991 classic. (For the unaware: Schwartz, the Lopezes, and Miranda have written songs for Disney films like The Hunchback of Notre Dame, Frozen, and the upcoming Moana.) Otherwise, the extras are paltry: a snapshot of the life of the voice of Belle, Paige O’Hara; a painfully short look at the available history of when Walt Disney attempted and failed to adapt the fairy tale back in the 1940s; an 80-second “sneak peek” at the upcoming live-action Beauty and the Beast; and a laughable “fun facts” video hosted by two Disney Channel stars that includes, among its fun facts, the shocking revelation that one of this film’s cast members is David Ogden Stiers, who voices Cogsworth and the narrator. Truly mindblowing detail. 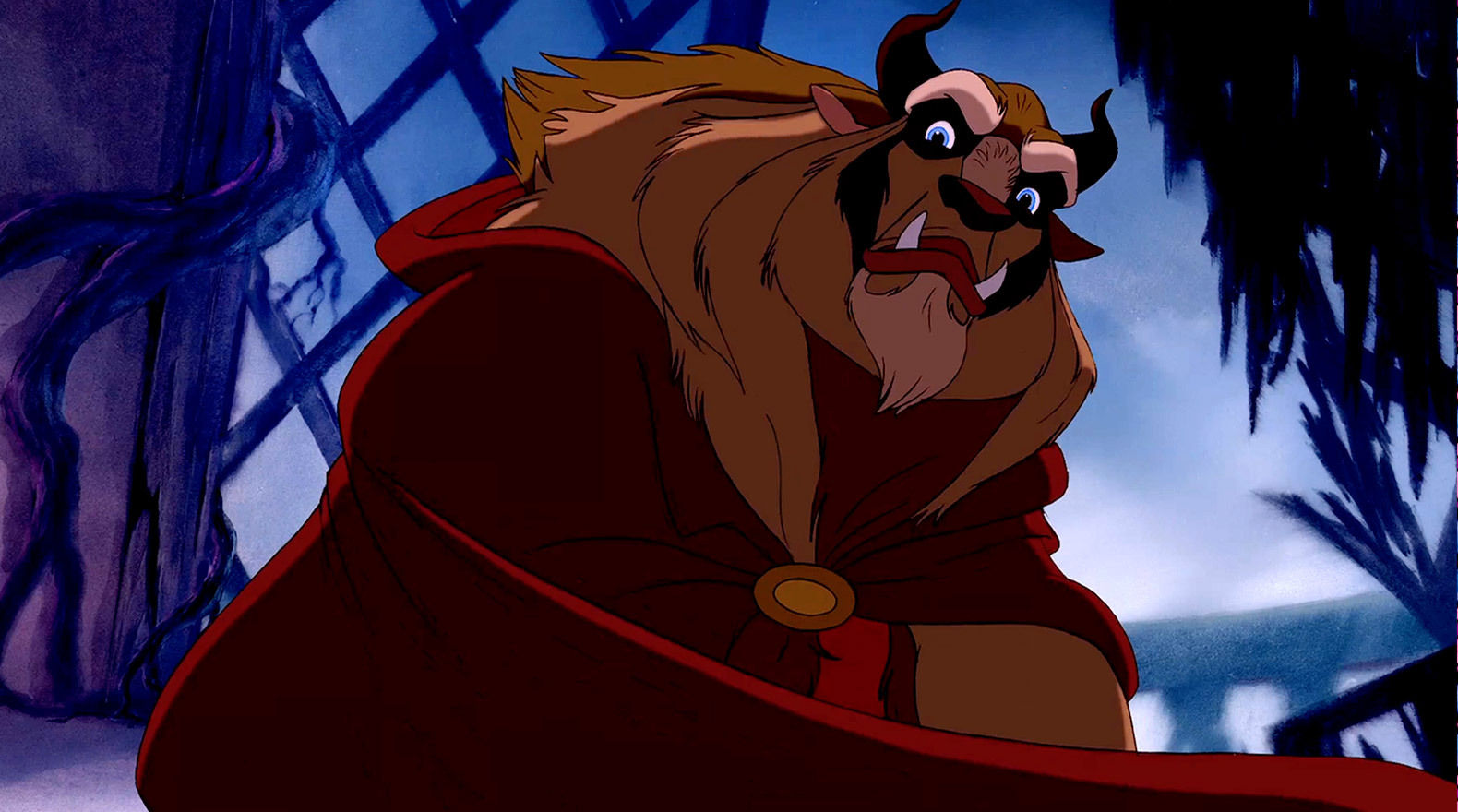 So, if you’re not a collector or purchasing your first copy of this film, what’s the point of this Blu-ray? The answer is simple: for the first time, you can own Beauty and the Beast digitally. The purpose of the Disney Vault has always been to gin up demand and interest in Disney classics by removing them from video stores (and eventually, online stores like Amazon) and holding them back for up to seven years. Only in the last few years has Disney appreciated that owning movies is no longer an entirely physical act; we can (and should) continue to value physical media, but that doesn’t mean many consumers—especially families—don’t want to own movies in the cloud. That, in effect, is where Beauty and the Beast comes in. Before its Signature Collection Blu-ray release, the film wasn’t available to own or rent digitally on any traditional platform. The same is, distressingly, still the case with a couple other big-name films: neither The Lion King nor Pinocchio are currently available for digital purchase or rental. The Lion King has been “in the Vault” since 2013 and Pinocchio’s been there since 2011, meaning that if you don’t already own these films in high-definition, then you’re stuck waiting until Disney decides—at some point, as they no longer tease their future Blu-ray releases in the ads for their current ones—to release these films again. (Last year would’ve been ideal for a Pinocchio re-release, concurrent with its 75th anniversary. Alas.)

The question now is whether the Disney Vault idea still exists as it used to; it’s been over two years since any film was placed “back in the Vault.” We’ll get an answer to this soon enough thanks to a recent Disney promotion. Tying into the release of Beauty and the Beast, all 11 Disney Princess movies are available for purchase or rental physically or digitally. Based on the company’s history, three of the Disney Princess movies are in danger of disappearing: Cinderella, The Little Mermaid, and Sleeping Beauty. That promotion ends on October 17, so we’ll know if the Vault is alive and well on the 18th. This alone is clear evidence for the lack of value in the notion of the Disney Vault, something which was first envisioned by Disney himself in the 1940s. There’s even clearer evidence that Disney could, if it wanted to, flip the script: instead of creating the marketing notion that the “Disney Vault” is a closed-off system whose contents are inaccessible to the average consumer, the company could turn the Disney Vault into something open, and do so digitally.

People think of the Disney Vault as both a marketing concept and as a repository for the films that aren’t available for viewing or access. There’s little to no value to continuing the Vault now; so many other movies from major studios are available for streaming, or feels like that’s the case. (Disney is not immune to streaming, either, what with its Disney Channel and Disney Junior apps for devices like Roku or Apple TV.) Disney also isn’t above releasing some of its films on streaming services—at a given point, you can find one Disney film on Netflix, another on HBO Go, another on the Showtime Anytime app, and so on. Disney’s home-media department has essentially turned consumers into scavenger hunters, searching for live-action and animated films wherever they can be found to watch them digitally. It was only months ago that Disney’s loudly trumpeted deal with Netflix was widely misconstrued by people online to mean that the streaming service would host every Disney movie ever. That would’ve been nice, because who wouldn’t want all of a studio’s films available in the same location? Sadly, the truth was way off.

But that idea—a streaming service hosting every Disney movie ever—would be nice. Disney, a massive conglomerate, owns these films. It owns films like Beauty and the Beast and Toy Story and Frozen and Pirates of the Caribbean and even the new Star Wars films. So why not make a self-owned streaming service? On a monthly basis, you can find many different websites performing a minor public service: letting readers know which movies are leaving Netflix that month. It’s one of the biggest headaches as a Netflix subscriber, the sense that this or that great film is worth watching, but only until the end of the month, after which it vanishes. (Sometimes, movies that leave Netflix come back after a few months because of whatever licensing deals are struck, but it’s no less of an inexplicable frustration.) Presumably, Disney wouldn’t have this problem if they had a streaming service—there’s no reason to remove a movie like Beauty and the Beast when you own it, unless you want to enervate consumers who expect (and are willing to pay for) as much content as possible, as soon as possible.

Films like The Lion King and Pinocchio and Beauty and the Beast are beloved worldwide, by children and adults alike. Why hide them? Driving up demand among families for movies like Pinocchio becomes much more challenging when those kids don’t have a baseline for what that movie even is. The current Disney Vault is, and has been for a while, a detriment to building an audience for the studio’s myriad characters and worlds. It’s time for a change. For now, we can be glad that Beauty and the Beast—easily the studio’s best animated film aside from the story of the little wooden boy who wanted to be human—is available digitally. But in 2016, the message to Disney needs to be simple: open the Disney Vault.