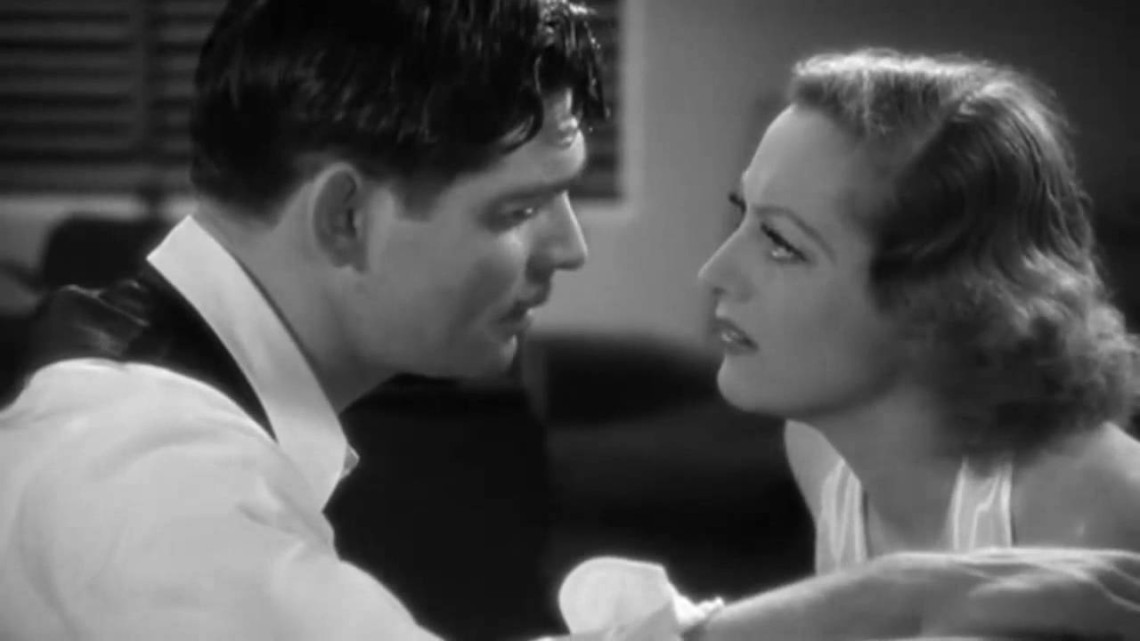 When Joan Crawford was 6, she cut her feet badly after leaping over the front porch in an attempt to skip piano lessons. The doctor thought that she could never walk properly afterwards, but eight months and three operations later, she fully recovered and continued to pursue her dream of becoming a professional dancer. Indeed, Joan Crawford is mostly remembered for her dramatic roles, and while I adore her slaps as much as the next person-Mildred Pierce, anyone?-the story of her quite literally and metaphorically picking herself up after every fall is, to me, the essence of her success. Joan Crawford often remarked that, while she enjoyed being a movie star, dance was still what made her the happiest in life. Five movies below showcase her lesser known persona, a musical star.

People seem to forget that Joan Crawford was actually Fred Astaire’s first onscreen dance partner. Her romantic counterpart in this flick, however, was Clark Gable, and the duo played a dancer and a producer who try to put on a Broadway show. One of the first movies to feature overhead shots of musical numbers before the practice became well-known through Busby Berkeley’s works, Dancing Lady encapsulates the rags-to-riches image that was associated with Joan Crawford for the majority of her career.

I love how many of the early talkies are all about gathering a bunch of performers together and making them put on a variety show. Add a camera to the mix and, voila, you’ve got yourself a movie. In this star-studded talkie, Joan Crawford danced on stage while singing “Got a Feeling for You.” Swaying in a glittering gown, she was the embodiment of the flapper spirit: young, free and incredibly enticing.

While Joan Crawford seldom starred in straightforward musicals, she often played either a nightclub performer or a chorus girl in many of her dramas which allowed her to perform spontaneous songs or dances that have little relevance to the plot. Ostensibly about a flapper with a heart of gold who pines after a millionaire, the silent Our Dancing Daughters is an excuse for Joan Crawford to put on beautiful clothes and dance a lot, which I really can’t complain.

In the same vein as Our Dancing Daughters, the film capitalizes on Joan Crawford’s musical abilities by featuring two dance numbers despite the fact that she plays a reporter trying to expose crimes. However, I am still glad that this film exists so that someone on YouTube could make this mash-up video of her dancing to Lady Gaga music.

Made during the later part of Joan Crawford’s career, Torch Song can be read as her last attempt to relive her Broadway dreams. Playing a middle-aged musical star who falls in love with her blind piano player despite her attempt to resist her feelings, Joan Crawford’s singing was ironically dubbed by another singer. While her dancing is also not as exuberant as her earlier films, not to mention the highly offensive “Two-Faced Woman” number where she put on blackface, Torch Song was nevertheless a brave choice as it marked her return to MGM studio after she left the company 10 years ago. Her last hurrah to the musical genre, the film’s merit is mostly wish-fulfillment but at least we get to see her slapping someone, which is always enjoyable and satisfying.

I have a soft spot for this scene from Humoresque (1946) where Joan Crawford’s character sits in a bar and sings “Embraceable You” drunkenly, breathlessly and most of all, desperately as she waits for her younger lover, a violinist who is slipping out of her hands. To see her vulnerability underneath the tough facade was when I fell in love with her and it’s an infatuation that lasts until now.