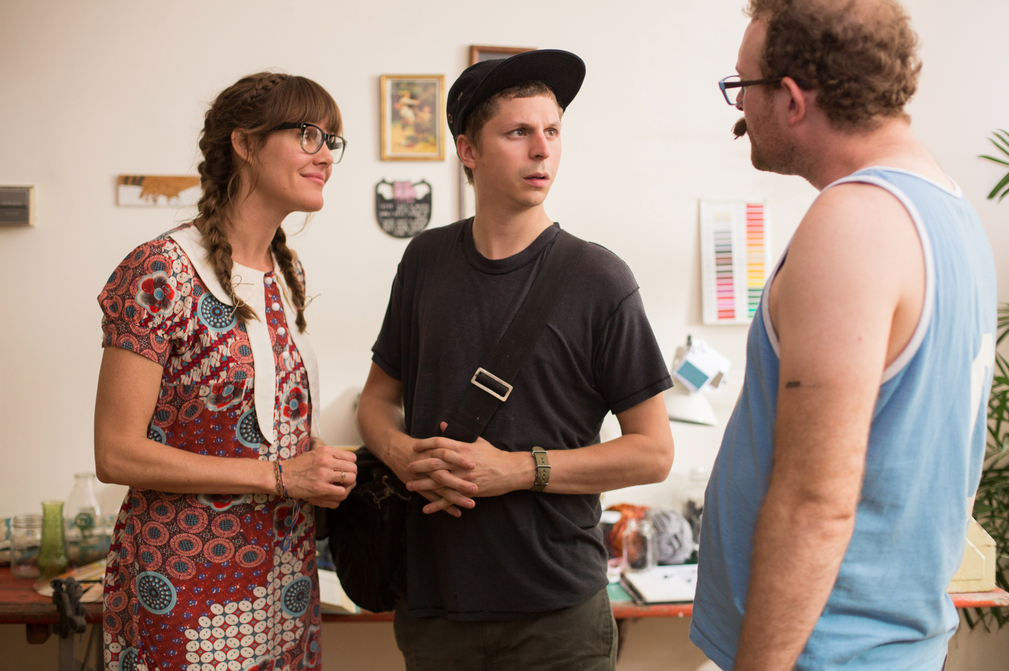 The Sundance Film Festival has announced their hotly anticipated premiers for the 2014 festival. There’s plenty to be excited about as variety is one of the Sundance’s well-known specialties. There are new films’ from Mike Cahill (Another Earth) and Lynn Shelton (Your Sister’s Sister), as well as actors stepping into the directing ring such as David Cross and William H. Macy. Another surprise is the official premier of Gareth Evans’ The Raid 2, which if anything like the original, should be a bloody good time.

Also included is the complete list of documentary premiers. Some of the more interesting titles include, Life itself, which is a look into the life of Roger Ebert and Mitt should give an idea of what pressures might occur during a presidential election.

“I Origins” — Directed and written by Mike Cahill. A molecular biologist and his lab partner uncover evidence that could change society as we know it. Cast: Michael Pitt, Brit Marling, Astrid Berges-Frisbey, Steven Yeun, Archie Panjabi.

“Love is Strange” — Directed by Ira Sachs, written by Sachs and Mauricio Zacharias. Ben and George finally tie the knot after nearly 40 years together, but when George loses his job as a result, they’re forced to live apart and rely on the support of family and friends. Cast: John Lithgow, Alfred Molina, Marisa Tomei, Darren Burrows, Charlie Tahan, Cheyenne Jackson.

“The One I Love” — Directed by Charlie McDowell, written by Justin Lader. A struggling married couple plan a weekend getaway, only to discover an unusual dilemma waiting for them. Cast: Mark Duplass, Elisabeth Moss, Ted Danson.

“The Trip to Italy” (U.K.) — Directed by Michael Winterbottom, written by Rob Brydon, Steve Coogan and Winterbottom. Another round of food, rivalry and laughs from “The Trip” duo. Cast: Coogan, Brydon. An IFC Films release.

“The Voices” (U.S.-Germany) — Directed by Marjane Satrapi, written by Michael Perry. A genre-bending tale about a lovable but disturbed factory worker with an evil talking cat, a benevolent talking dog and a peculiar relationship with a woman in accounting. Cast: Ryan Reynolds, Gemma Arterton, Anna Kendrick, Jacki Weaver.

“Young Ones” — Directed and written by Jake Paltrow. When his life is altered forever by a series of events, a child is forced to make choices no child should ever have to make. Cast: Michael Shannon, Nicholas Hoult, Elle Fanning, Kodi Smit-McPhee.

“The Battered Bastards of Baseball” — Directed by Chapman Way, Maclain Way. An account of how in 1973, Hollywood veteran Bing Russell founded the Portland Mavericks, the only independent baseball team in the country.

“Finding Fela” — Directed by Alex Gibney. A portrait of the life, music and political significance of Fela Anikulapo Kuti, the creative force behind the musical movement Afrobeat.

“Freedom Summer” — Directed by Stanley Nelson. A look back at the summer of 1964, when more than 700 student activists took segregated Mississippi by storm, registering voters, creating freedom schools and establishing the Mississippi Freedom Democratic Party.

“Happy Valley” — Directed by Amir Bar-Lev. A look beyond the headlines of the Jerry Sandusky pedophilia scandal.

“Last Days in Vietnam” — Directed by Rory Kennedy. Examines the moral quandary facing American soldiers and diplomats during the final weeks of the Vietnam War: whether to obey White House orders to evacuate only U.S. citizens.

“Life Itself” — Directed by Steve James. Recounts the life of film critic Roger Ebert, from his early days as a bachelor and Pulitzer Prize winner through his partnership with Gene Siskel to his brave battle with cancer.

“Mitt” — Directed by Greg Whiteley. A close-up look at Mitt Romney during his U.S. presidential run.

“Revolution” (U.S.-U.K.) — Directed by Greg Barker. A look at ordinary individuals transformed by the moral and personal challenges they encounter when they stand up for what they believe is right.

“This May Be the Last Time” — Directed by Sterlin Harjo. An investigation into Native American filmmaker Harjo’s family history, namely the mysterious 1962 disappearance of his grandfather and the songs of encouragement sung by those who searched for him.

“To Be Takei” — Directed by Jennifer Kroot. A chronicle of the life of actor-activist George Takei, from his  origins in a WWII internment camp to the helm of the Starship Enterprise and beyond.

“Whitey: United States of America v. James J. Bulger” — Directed by Joe Berlinger. An account of corruption at the highest levels of law enforcement as seen through the recent trial of infamous gangster James “Whitey” Bulger.