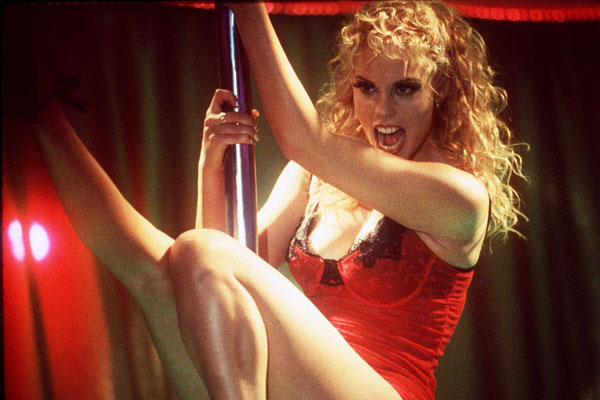 The Windy City’s cinematic endeavors are daring, fun and non-stop. Here each week, we highlight the Top 5 events happening beyond the multiplex. 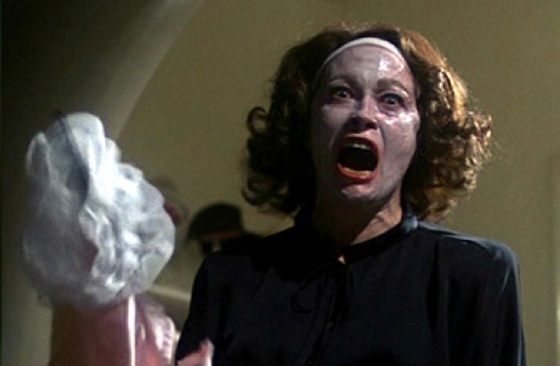 Screening Mommie Dearest every Mother’s Day is a curious tradition, one started perhaps by any number of sons and daughters in need of a comparative barometer for their own parental issues, but it’s as orthodox now as watching It’s a Wonderful Life on Christmas. And rightly so. There’s no better way to celebrate mom than with the ultimate mom movie. Some, including the event’s hosts Dick O’Day and Camp Midnight, declare Mommie Dearest a camp classic, but look, Faye Dunaway’s shrill, over-the-top portrayal of towering movie star Joan Crawford is not only the most vicious movie mother ever committed to celluloid, she’s the single most terrifying creation in all of cinema. That the film is based on Crawford’s adopted daughter Christina’s best-selling memoir makes it all the more disturbing. This movie does for wire hangers what Jaws did for the ocean. It’s up there with Carrie and Psycho as the kind of call-your-mom experience after which you’re moved to thank her for neglecting to draw on those films as parenting guides. The stacked afternoon includes a live pre-show, costume contest and interactive audience participation instructions prior to the screening, which the Camp Midnight crew will interrupt Mystery Science Theatre-style.

Iran’s foremost filmmaker, Abbas Kiarostami, follows up his 2010 masterpiece Certified Copy with another fascinating, perspicacious exploration of the disjointedness of human connection. Akiko (Rin Takanashi), a college student moonlighting as a prostitute, calls on a sage old widower (Tadashi Okuno, in the performance of the year so far) seemingly more interested in sharing a bowl of soup with her than bodily fluids. Their relationship develops in increasingly unpredictable fashion as Akiko’s dominating fiancé becomes entangled in Kiarostami’s ever-spinning web. Echoing Woody Allen’s late-career trajectory, Kiarostami has transplanted his subjects in a foreign country speaking a language he doesn’t wholly understand. Tokyo’s labyrinthine streets and vivid, sun-rivaling night lights suit Kiarostami’s style well. With its shifty identities, geographical disorientation and prolonged conversations in cars, we may think we’ve come to know what to expect from the prolific Kiarostami, now in his 70s. But by the end of Like Someone in Love it’s boldly apparent that he still has the ability to surprise. Its end suggests a defiant creative resilience, punctuated not so much by a period but an exclamation point.

Whether Baz Luhrman elevates or demolishes F. Scott Fitzgerald’s persisting classic novel “The Great Gatsby” with his adaptation (opening wide this weekend, see our review)s yet to be seen, but fans of Luhrman’s cacophonous, candy-colored camp can gear up for that new 3D release with his modern update of Shakespeare’s classic play. One of the most notable cinematic assaults of the ‘90s, Romeo + Juliet stars Leonardo DiCaprio’s baby face and Claire Danes’s quivering lip as the ill-fated lovers, who woefully deliver Shakespeare’s unfiltered text with all the panache of actors in a junior high school play (Disagree? Watch any scene from Franco Zeffirelli’s 1968 adaptation and get back to me). Nearly 20 years on, Luhrman’s take is an amusing artifact of his aesthetic fervor – with one of the last great soundtracks of the ’90s, the best decade for movie soundtracks period – that would arguably become exhausted by the 2000s with Moulin Rouge! and Australia.  If Gatsby winds up leaving you emotionally parched, chase it down with an encore midnight showing of Romeo + Juliet on Saturday.

Speaking of assaulting ‘90s camp, Paul Verhoeven’s unparalleled schlocktacular was built for midnight-movie glory. It’s the kind of film you hate-watch, the kind you can’t help but lash out at when your jaw isn’t smack dab on the floor. Notorious for its pervasive nudity and all the eroticism of Tommy Wiseau’s nude, rose-petaled backside, Showgirls stars Elizabeth Berkely (Saved by the Bell’s Jessie Spano!) as a derelict with a naked-dancin’ dream who hitchhikes her way to Vegas to devour the competition and the scenery. It’s essential viewing for bad-moviephiles, and anyone who wants to never look at Kyle MacLachlan – or a swimming pool – the same way again.

Likely the most elaborate metaphor ever devoted to the male bodily process in which temperature regulates the raising and lowering of the testicles, Matthew Barney’s The CREMASTER Cycle is a gargantuan five-film odyssey that has tantalized and terrorized major cities all over the world since 2002. Ultimately, the five numerically titled films are best viewed in museums, their natural habitat, amidst accompanying sculptures, detailed explanations and easy exits. But whereas a museum limits them to smaller television sets, seeing the Cremaster films on a massive screen reaps its own benefits, as they tend to be staggeringly visual. In the vein of other avant-garde offerings such as Un Chien Andalou and the films of Alejandro Jodorowsky, its images range from sumptuous to icky, and at a total running time of 7 hours, there’s no shortage of them. A tap-dancing satyr clad in a white tuxedo. A woman running across a football trailing two Goodyear blimps above her head while surrounded by a Busby Berkeley-style dance troupe. A man impaled by the needle at the peak of the Chrysler building. When boiled down to its central conceit, The Cremaster Cycle is generally eyeroll-inducing, self-flagellating poppycock, but Barney’s sheer vastness of vision can be hard to resist.