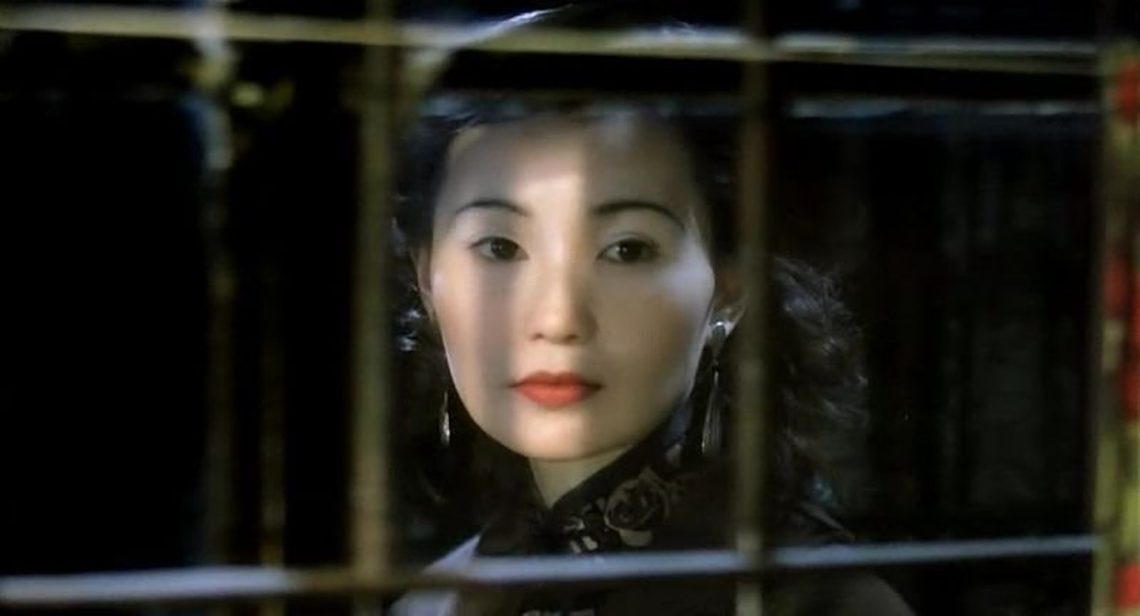 The Myth of Modern Royalty

We may have done away with kings and queens, but mankind has always needed its royalty. In the absence of actual monarchs, we see fit to create our own. We elevate them, venerate them, and even love them. But just as reliably, we inevitably destroy them. Or at least we try to. Pablo Larraín’s Jackie (2016) is a film about one such monarch, the beloved wife of John F. Kennedy, the 35th President of the United States of America: Jacqueline Kennedy. Part of what makes Jackie so extraordinary is that it is a movie about America that could never have been made by Americans: Larraín, a native Chilean, intuitively understood that every four years, the American people elect their new king and queen. And few American queens captivated the world as much as Jackie, a woman equal parts at ease with being a homemaker, a fashion icon, a diplomat, a mother, and an icy enigma. Recreating her famous interview with Theodore H. White of Life magazine at her home in Hyannis Port, Massachusetts shortly after her husband’s assassination, Jackie is both a devastating portrait of grief and loss as well as a curious meditation on the need for myths. Must America have royalty? And if it does, to what extent should that same royalty protect its own legacy?

At the center of Jackie is her search for identity as she plans her husband’s state funeral. It isn’t enough that he be given a procession and a monument, they must be modeled after the burial of Abraham Lincoln, the closest thing America has to a national saint and martyr. It isn’t enough for him to be mourned; her husband must enter the pages of myth alongside King Arthur and his Round Table. In his final years, JFK became obsessed with the Frederick Loewe and Alan Jay Lerner musical Camelot. He and Jackie would listen to the last part of the cast recording every night, the wistful lyrics serving as inspiration for a presidency known for its lavish social functions and hyper-photogenic family:

Don’t let it be forgot

That once there was a spot

For one brief shining moment that was known

But during her interview with White, Jackie—played by a truly astonishing Natalie Portman—confesses that all her outrageous demands for her husband’s procession, funeral, and monument were about more than confirming a myth: “[My secretary Nancy] said they wanted to share my grief. So I let them. But after, I realized that all the pageantry, all the demands I made to honor him, it wasn’t for Jack or his legacy. It was for me.” Therein we find the crux of the film: in the face of unspeakable tragedy Jackie made of herself a mythic figure, not the one she wanted to be—“I never wanted fame. I just became a Kennedy.”—but the one her kingdom needed. 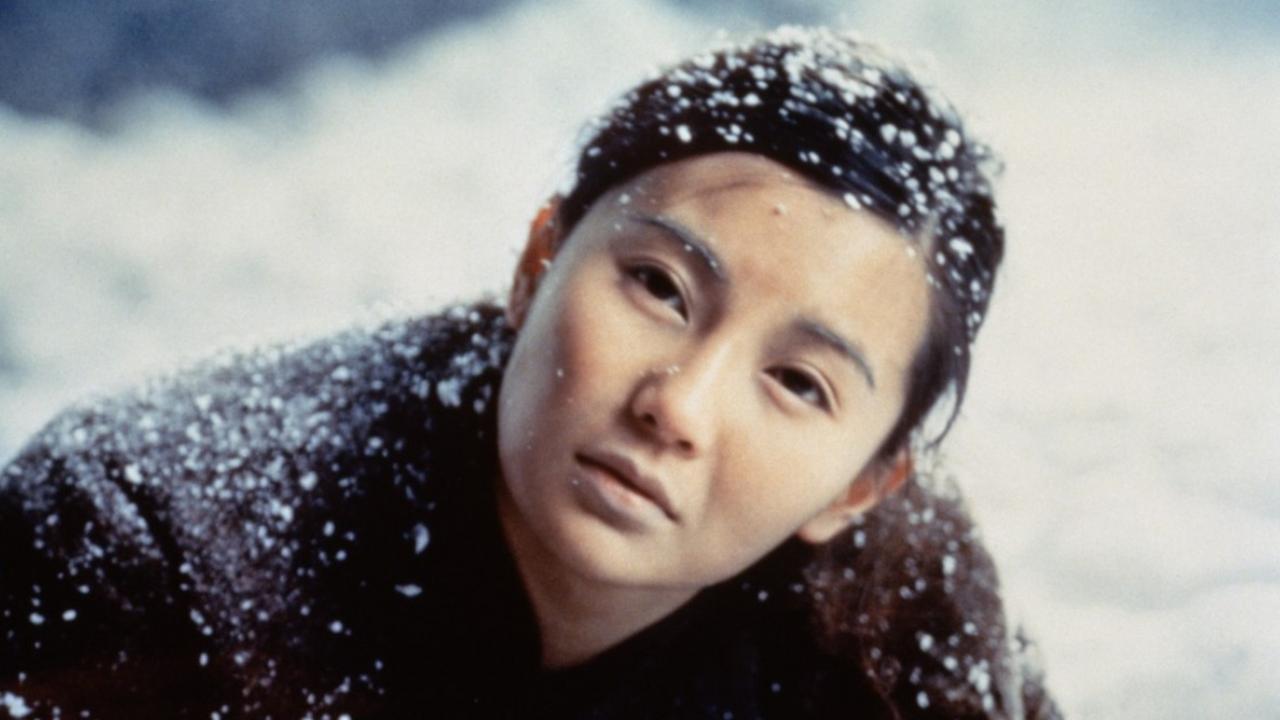 Recently, the Metrograph ran a Maggie Cheung retrospective that included Stanley Kwan’s Center Stage (1992), a biopic of Ruan Lingyu, the actress who noted critic Jonathan Rosenbaum—who named the film the best of the 1990s—described as the Greta Garbo of Chinese cinema. The film follows Ruan’s transition from supporting actress in low-brow genre pictures to her ascendancy to superstardom with a series of classic silent films made with Lianhua Studio between 1930 and 1935. It switches between stunning historical recreations of 1930s Shanghai and documentary segments where Kwan interviews Cheung about the parallels between her life and Ruan’s: both got their start as “wallflowers” in crass films before transitioning to more serious roles that gained them international esteem.

But as I watched it, I began to realize odd parallels between Center Stage and Jackie. In her own way, Ruan Lingyu became a kind of royalty for the Chinese people, still reeling from the demise in 1912 of the dynastic tradition that had ruled China since the semi-mythological Xia dynasty almost 4,000 years ago. Her tragic suicide at the age of 24, brought on by paparazzi and tabloid speculation about her tumultuous personal life, hit the Chinese much like the assassination of JFK. Her funeral procession was three miles long, during which three of Ruan’s fans killed themselves. The New York Times declared in a front-page story that it was “the most spectacular funeral of the century.” And much like Jackie, Ruan spent her life struggling to define her identity, both in her art and her personal life.

Both Kwan and Larraín approached their heroines in similar fashion. Both Center Stage and Jackie begin with interviews—the former between Jackie and White, the latter between Cheung and Kwan. Both climax with funeral rites. In between, both women struggle with their roles as mothers and spouses to unfaithful men who repeatedly betrayed them. (One of the most piercing moments in Jackie is Jackie’s single reference to JFK’s multiple infidelities: “Perfect people can’t change. Jack was always getting better, stronger. Sometimes he would walk into the desert alone, just to be tempted by the Devil. But he always came back to us.”) Both came to power in times of extreme political unrest: Jackie in the Cold War, Ruan in the Japanese invasion of Manchuria. And both molded themselves to better serve a national ideal: Jackie as the dignified embodiment of post-war America, Ruan as the Chinese spirit of revolution and resistance against foreign powers. 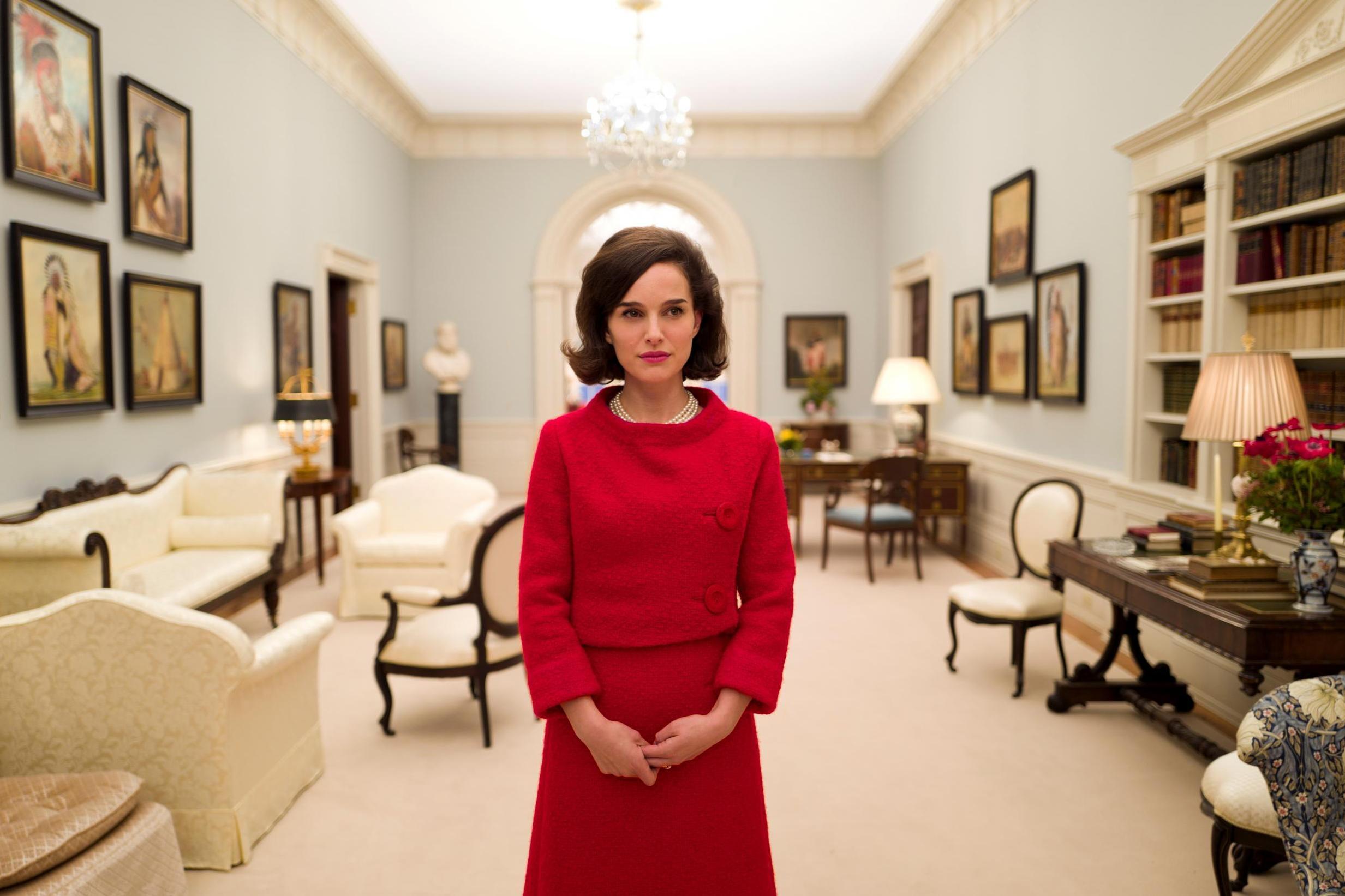 But the stories end differently. Wisely, Larraín ends his film before Jackie’s infamous marriage to Greek billionaire Aristotle Onassis, a move which disillusioned an America that had come to see her as the ideal mourning widow. The result is that Jackie ends with its lead triumphant, at peace both with herself and the role she chose for herself in the face of tragedy. Center Stage ends with Ruan’s suicide, her surrender to a society that desecrated her in gossip columns.

So what factor decided their fates? Perhaps the biggest is their agency to control their own public images, primarily through the press. Both in real life and in the film, Jackie tyrannically controlled her interactions with reporters, ruthlessly editing out huge chunks of interviews before giving her permission for them to be published, including her expose with White. But Ruan is shown to be completely at the mercy of reporters. One of the most infuriating moments of Center Stage sees the press revolt during a screening of Cai Chusheng’s New Women (1935), a film where Ruan played a tragic heroine who dies of pneumonia in part after being hounded by a newspaper reporter. The incensed press demands a public apology and broad edits to the film or else they’ll boycott it. But even after their demands are met, they still mercilessly hound Ruan, the implication being that it was largely an act of revenge. When they publish a falsified report from her jealous ex-husband that she’d been living in sin with another man, it’s too much for her to bear. Though she spent her acting career molding her own public image through her art, it wasn’t enough for her to gain the agency she needed to survive. Only Jackie had the means to control her story as she saw fit. You can’t have myths and legends without bards and scribes. For a monarch to survive, they had better make sure that their subjects sing and write what they’re told.