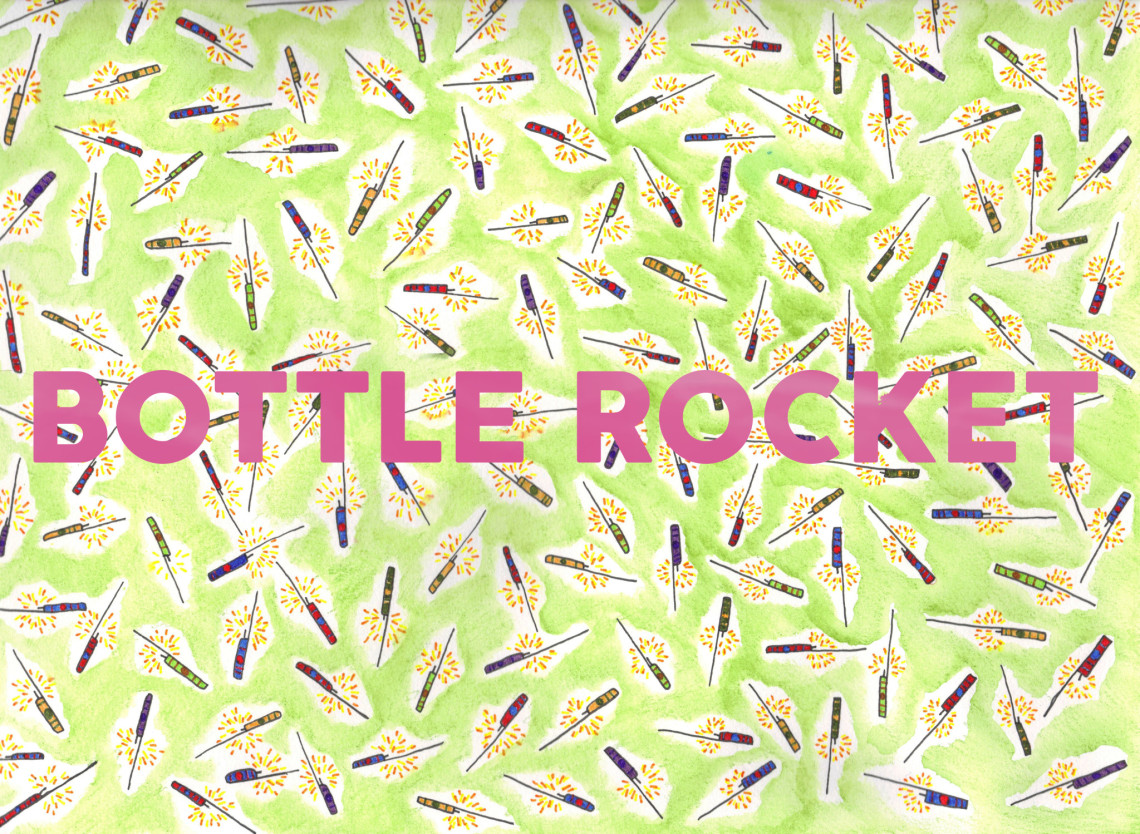 In his directorial debut Bottle Rocket, Wes Anderson had yet to decide who, exactly, he was as a filmmaker and as a storyteller. It is the one film in his body of work that shows him in a moment of raw and primordial vulnerability. Compare Bottle Rocket even to Rushmore, his sophomore follow-up, and the evolutionary leap in Anderson’s style is immediately noticeable: in Rushmore, his mise en scène feels more deliberate, and he has a far tighter control over the movement of cinematographer Robert Yeoman’s camera. (Yeoman has shot all of Anderson’s live-action films, and years later, that control has only grown more taut.)

Practice, as our parents and mentors told us, makes perfect. This applies to Anderson as much as any other filmmaker. From Bottle Rocket onward, there’s a clear progression in craft from one effort to the next in his filmography, such that today we can use the phrase “Andersonian” to describe not only his movies, but movies that are the beneficiaries of his precisionist tendencies: Richard Ayoade’s Submarine, Noah Baumbach’s The Squid and the Whale, Sofia Coppola’s Somewhere, Jared Hess’ Napoleon Dynamite, Jon Poll’s Charlie Bartlett, and Garth Jennings’ Son of Rambow. (This is to say nothing of the highbrow television commercials that Anderson has directed himself or tangentially gifted with inspiration.) Anderson is his own brand. He is his own approach to filmmaking. 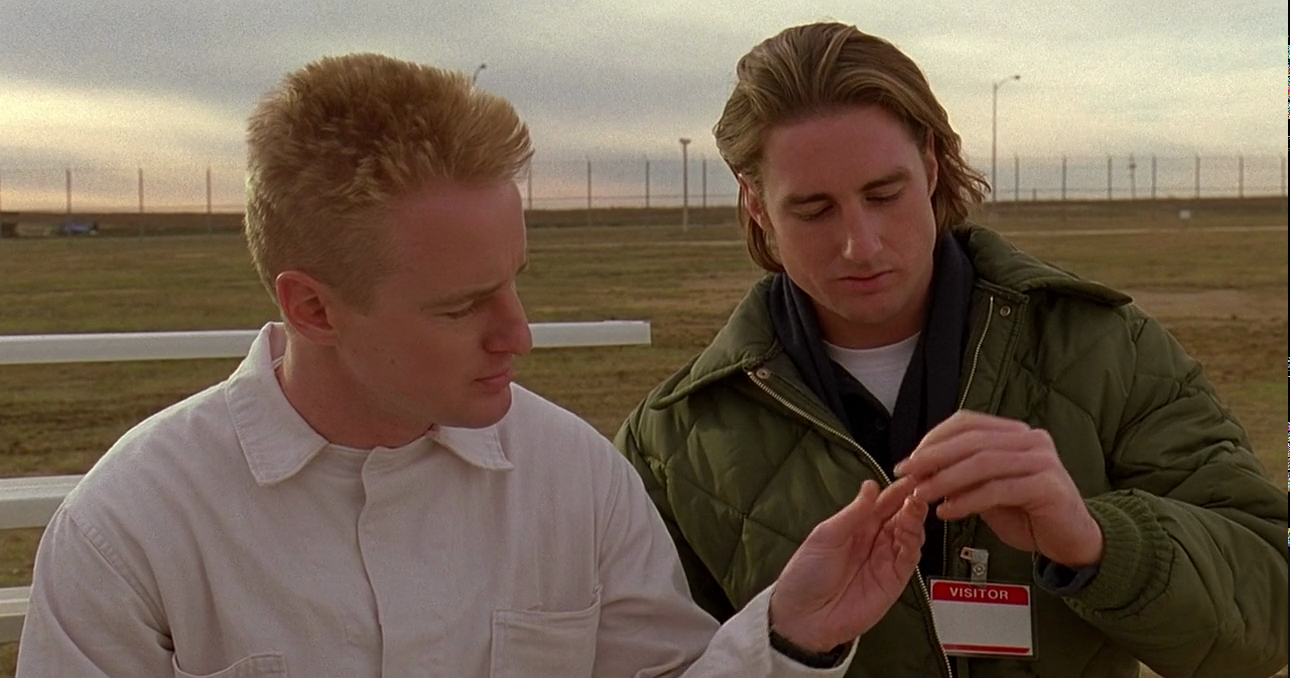 Grant that everything he is as a filmmaker is founded on the bedrock of the French New Wave and the films of Paul Schrader, Peter Yates, and Roberto Rossellini. But having historic influences are true of every director on the planet worth their salt. And if it is also true that practice does make perfect, Anderson takes that adage a step further: perfect makes perfect. Anderson films give the impression of a man who involves himself in every stage of production, with the one exception of Fantastic Mr. Fox. For the production of his first stop-motion animation joint, Anderson spent his time gallivanting about Paris instead of working on the set at Three Mills Studios in London with his team of animators. As you might imagine, this didn’t go over especially well with his subordinates, but even at a distance Anderson still exerted massive authority over the ebb and flow of his film.

So what are we to make of Bottle Rocket twenty years after its release? Is it just an anomaly in Anderson’s career? Should we treat it as antiquity, the unformed and unmastered “stuff” of a first-timer out to make his mark in the world of indie cinema? If you aren’t a fan of what Anderson does or what he represents—a boom in “twee” filmmaking and filmmakers, notably, though quite frankly Anderson movies are better characterized by caustic bitterness than cloying sweetness—then you may consider Bottle Rocket the best thing he’s ever done on the sole basis that it is thoroughly unlike anything he has made since. It is not a very Andersonian film in terms of appearance; by comparison to Rushmore or The Grand Budapest Hotel, the lens is freer, unanchored, loose and relaxed. The performances, too, are bigger, or at least less restrained, especially Owen Wilson’s unbridled and honest portrayal of the wannabe criminal Dignan.

That’s where Bottle Rocket can be best qualified as Andersonian, though: the characters, who serve as the font for the film’s driving themes. Family plays a huge role in much of Anderson’s work, whether it’s family by blood (The Royal Tenenbaums, The Darjeeling Limited), or by bond (The Grand Budapest Hotel), or in some cases both (Moonrise Kingdom, whose cast is made up of kindred and surrogate families all at once). Bottle Rocket falls under the middle categorization. Neither Dignan nor his chum Anthony are related on any sort of genetic level, but the way that they interact suggests that they’re spiritual siblings. That association is probably facilitated on some psychological level by the actors cast to play them: Wilson is supported by his younger brother, Luke Wilson, who plays Anthony as a reasonable, rational counterpoint to Dignan’s roguish caprice. 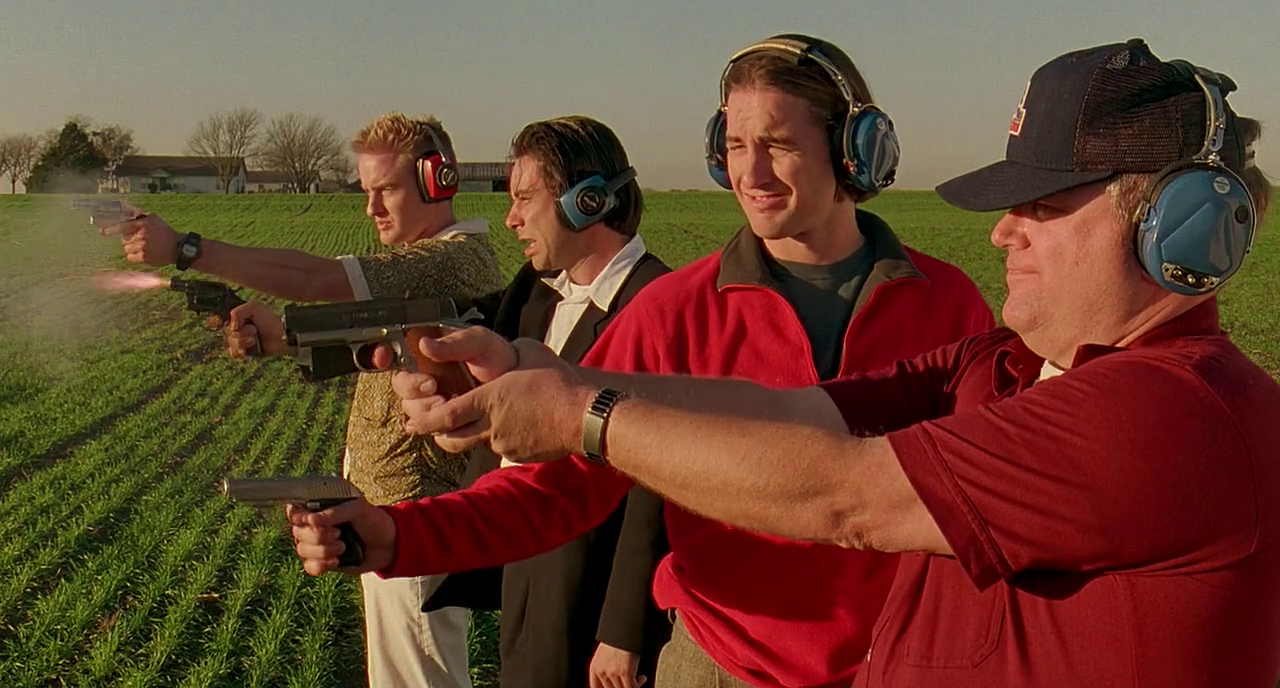 Anthony and Dignan argue like brothers; in an effort to hone their skills as burglars, they bust into Anthony’s parents’ place and make off with a handful of items agreed upon beforehand. Dignan snatches earrings that Anthony gave to his mother as a birthday present, and the two quarrel post-theft. “Maybe we should’ve robbed your house! You ever think of that? No, bet that never crossed your mind,” Anthony fumes. All Dignan can offer is a wounded glance in reply. They reconcile like brothers; when Anthony finds his pride stung following an exchange with his little sister, Grace, Dignan is there to pick his friend back up. “She said you’re a failure?” Dignan exclaims with decided indignance. They scrap like brothers, too, or at least they come close to it. At one point Anthony gives away the lion’s share of his and Dignan’s money to Inez, the woman he loves; when Dignan finds out he erupts, and the two nearly come to blows.

This is typical of Anderson’s cinema; he sees family as a lit fuse connected to C-4. It’s a stressor. Families are supposed to take care of each other, but Anderson’s families are more inclined to take care of themselves. In Moonrise Kingdom, Suzy Bishop’s mother and father are too busy either indulging themselves or sparing venom for each other to catch Suzy before she absconds with her sweetheart, Sam Shakusky. Meanwhile, the Whitman boys of The Darjeeling Limited brawl over the looting of parental goods in a moment that directly echoes Bottle Rocket; it’s a fight fomented by the three brothers’ inherent distrust for one another. And of course there’s The Royal Tenenbaums, the film that best exemplifies Anderson’s vision of family as a frayed, prickly, and inherently toxic institution. Here, family is a powder keg in the present and a razor in the past. Childhood has left the next Tenenbaum generation with tracts of deep emotional scarring; their forced reunion as adults puts them in a such a high tension position that their eventual eruptions are simply inevitable. (Years after The Royal Tenenbaums’ premiered, Fantastic Mr. Fox aped that film’s portrait of fatherhood in absentia, though with a far less acerbic bent.)

Feuding and ennui are the things that Anderson’s cinema is made of. Identifying his films by their visual scheme by now is old hat, though he has become so oft-copied that you may want to think twice about pulling that trigger based on aesthetic association. Equally as telling as the look of his films, though, is the soul. Anderson has grown more reserved as a filmmaker over the past two decades, though not necessarily less personal; The Grand Budapest Hotel is an open study of the nostalgic lens through which he observes the world, while Moonrise Kingdom’s story of stymied young love plays like a roadmap for how a kid grows up to become a Tenenbaum, or a Whitman, or even Herman Blume. But Bottle Rocket is a snapshot of Anderson at his most exposed, courtesy of his unshaped technique and indefinite sense of style. It’s easy to trace the impact that Bottle Rocket has had on independent cinema as a whole, but in doing so it is easier to miss the impact the film wound up having on Anderson himself.