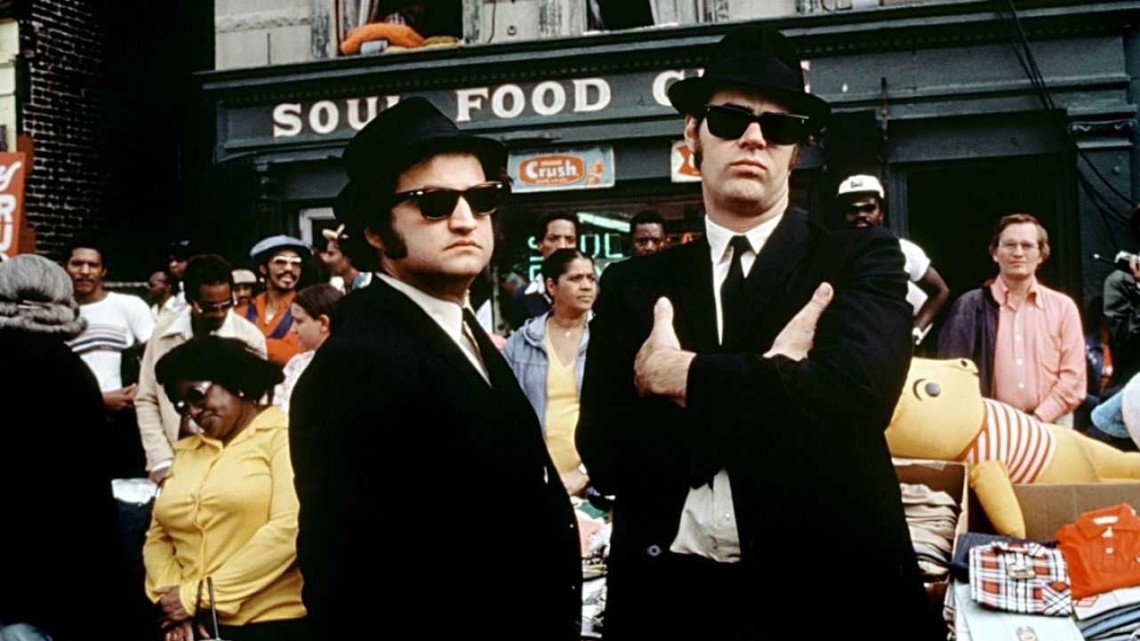 SNL in Review: “The Blues Brothers”

In SNL IN REVIEW, we look back at some of the notable cinematic efforts from Saturday Night Live alums, and place them in context of the actor-comedian’s career.

The release of last week’s Live from New York! followed February’s much-publicized Saturday Night Live 40th Anniversary Special, cementing 2015 as a watershed year for SNL retrospectives. However, both the documentary and live special revealed the challenge of capturing several decades of laughs and memories into a finite broadcast, particularly given the risk of hagiography. Further, overlooked in both profiles is the influence of one film, setting the path for numerous later SNL cast members seeking to make the transition to Hollywood.

Released on June 20, 1980, The Blues Brothers affirmed the growing popularity of star John Belushi after National Lampoon’s Animal House (1978), as well as the lucrative nature of SNL-related properties. Now 35, the film’s continued popularity is a testament to the show’s brand and its capacity to unleash beloved comic entities. Before MacGruber or Wayne Campbell, the development of Jake and Elwood Blues initiated a now familiar process of conversion – from late-night TV to nationwide phenom –signaling Saturday Night Live’s then-untapped mainstream clout.

Saturday Night Live, brainchild of 30-year-old Lorne Michaels in 1975, gave a national voice to countercultural young comedians performing shows with Second City, National Lampoon, and Lemmings. These performers and writers were under the age of 30; some of them, like Dan Aykroyd, not even 25.  They had lived through the tumultuous Sixties—the sexual revolution, rock & roll, Vietnam, the assassinations of civil rights leaders and politicians. As Michaels described it, the Not Ready for Primetime Players portrayed “what was happening in the country… in our own lives… and in politics” in a way television had never attempted before.

This new comedic sensibility—dubbed Boomer humor by Lemmings director Tony Hendra—popularized a new appearance and feel for modern comedians. Politically, Boomer humor enabled performers to parody political figures and events without inhibition. In fact, a stipulation made by Belushi upon joining the Not Ready for Primetime Players was that he be allowed to perform the same kind of political humor being done at Second City, where he’d portrayed the likes of Mayor Daley. (In the early seasons of SNL, he got his wish, playing Henry Kissinger to Aykroyd’s sweaty and desperate Richard Nixon in a sketch penned by future Senator Al Franken.)

During this period, SNL had a tremendous following, and is recognized today for its satiric expressions of post-Watergate/Vietnam fatigue, the defeat of President Ford during the 1976 election and the acknowledgement of drug culture in American society.

In 1978– when SNL began its fourth season –the show, and its stars, took on an even more enhanced role in pop culture. Animal House made over $140 million at the domestic box office, which adjusted for inflation today would be a little less than a half billion gross. Also, it’s in this period that the Blues Brothers emerged, central to the show’s transition from counterculture to mainstream. They first appeared as the show’s musical guest on April 22, appearing again in November around the time Billboard topping Briefcase Full of Blues was released. What began as a side project for Aykroyd and the recently blues-obsessed Belushi – they opened for Steve Martin earlier in the year – quickly became something bigger, the most noteworthy thing to come out of the show since “I’m Chevy Chase, and you’re not.”

By the time the fourth season wrapped, Belushi and Aykroyd left the show to begin production on The Blues Brothers. By 1980, the entire original cast and Lorne Michaels were gone. 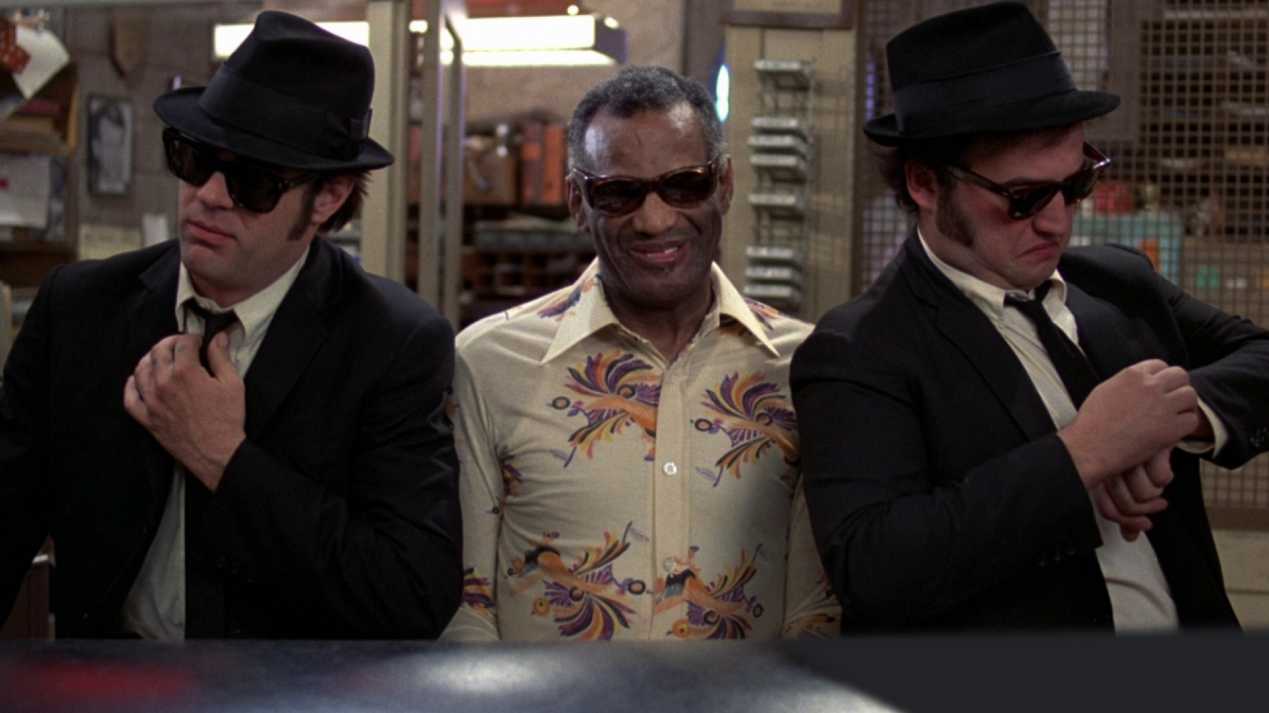 As a film, The Blues Brothers contains many memorable moments, some musical (the dance-off during Ray Charles’ “Shake Ya Tailfeather”) and others comedic (Belushi’s plea for forgiveness to Carrie Fisher). It’s also indicative of its creators’ many strengths, specifically Aykroyd’s burgeoning talent as a writer and Belushi’s performance. On a meta level, the brothers’ “mission from God” is an attempt at preserving great American music, a kind of living museum (think of the scene where Cab Calloway explains at the orphanage how he sang to Jake and Elwood, just as he did for them – and us). It’s no coincidence each musical sequence features some of black music’s greatest performers, ever: James Brown, Aretha Franklin, Cab Calloway, Charles, John Lee Hooker.

On the other hand, the film also represents a tipping point for its main stars, immortalized by their work here. The Blues Brothers became a barometer for their future projects, a high watermark for a team of highly skilled entertainers unsure of how to cope with fame.

Co-written by Aykroyd, The Blues Brothers reflects his preference for technically proficient comedy, and explains how he became a bankable star for much of the 80s. Fans savor its attention to detail, wry gags littered throughout the film. With one exception each, both brothers are always shown with either their glasses (Elwood) or hat (Jake) on; the L is always going by in the background during scenes set in Elwood’s room. Aykroyd’s technocratic humor is balanced by director John Landis’ classic understated visual style (By contrast, Aykroyd’s sole directorial effort, Nothing But Trouble (1991) lacks the same level of restraint and, as a result, is a compellingly unfunny exercise in the grotesque.)

As Elwood, Aykroyd is youthful and spry. In the film’s dance numbers, it’s hard to recognize the State Farm pitchman version of Aykroyd currently inhabiting 2015. With his deadpan delivery, its little surprise – especially based off the scene in which he and Jake meet with their bandmates’ landlady (“No, ma’am, we’re musicians.”) – that Aykroyd was later commissioned to write and star in a Dragnet reboot.

The Blues Brothers kickstarted a time, highlighted by his next collaboration with Landis, Trading Places (1983), not to mention Ghostbusters, where Aykroyd had his pick of projects. From Spies Like Us (1985) to The Great Outdoors (1988), he starred in some of the decade’s most popular comedies. And when he began to grow out of explicit comic roles, he seamlessly transitioned into drama, earning an Academy Award nomination for Driving Miss Daisy (1989) and headlining the classic coming-of-age story My Girl (1991). For a time, Dan Aykroyd could do no wrong.

The downside? Doctor Detroit (1983), The Couch Trip (1988), and Caddyshack II (1988). The aforementioned Nothing But Trouble. Few performers as talented as Aykroyd squandered so much commercial good will with such a streak of cinematic abominations. Today, he is a reliable character actor, which is fine, but, in reviewing his intoxicating and fresh work as Elwood, it’s hard not to shudder at what was to come.

Of course, for Belushi, The Blues Brothers would represent his truly last great role. As others have documented, his drug habit nearly derailed the film during production. After a couple more roles – including a reteam with Aykroyd in the nasty and misguided Neighbors (1981) – Belushi overdosed at the age of 33. Today, he’s an icon, a ‘what if’ to a generation of comedy fans and would-be Blutos in college dorms across the country.

Still, Belushi represents a kind of cultural change. After the Blues Brothers, that meant he was no longer a countercultural figure, but the face of the mainstream. For instance, as he, Aykroyd, and Howard Shore organized the Blues Brothers band, many blues musicians felt it would be selling out to join. To them, it was a novelty act orchestrated by a pair of celebrities. This perception underscores the emerging Hollywood status attaching itself to the Not Ready for Primetime Players – initially embraced by Chevy Chase, but later typified by the Belushi’s own post-Bluto success and the adaptation of the Blues Brothers. As Boston Globe film critic Ty Burr said, this created the conundrum of “having to satirize what you are.” No longer aloof observers of American culture, but contributors, it is likely the success of stars like Belushi and Aykroyd is what opened SNL up to solipsism, undermining its roots, and forcing the show’s decline in quality for several years. 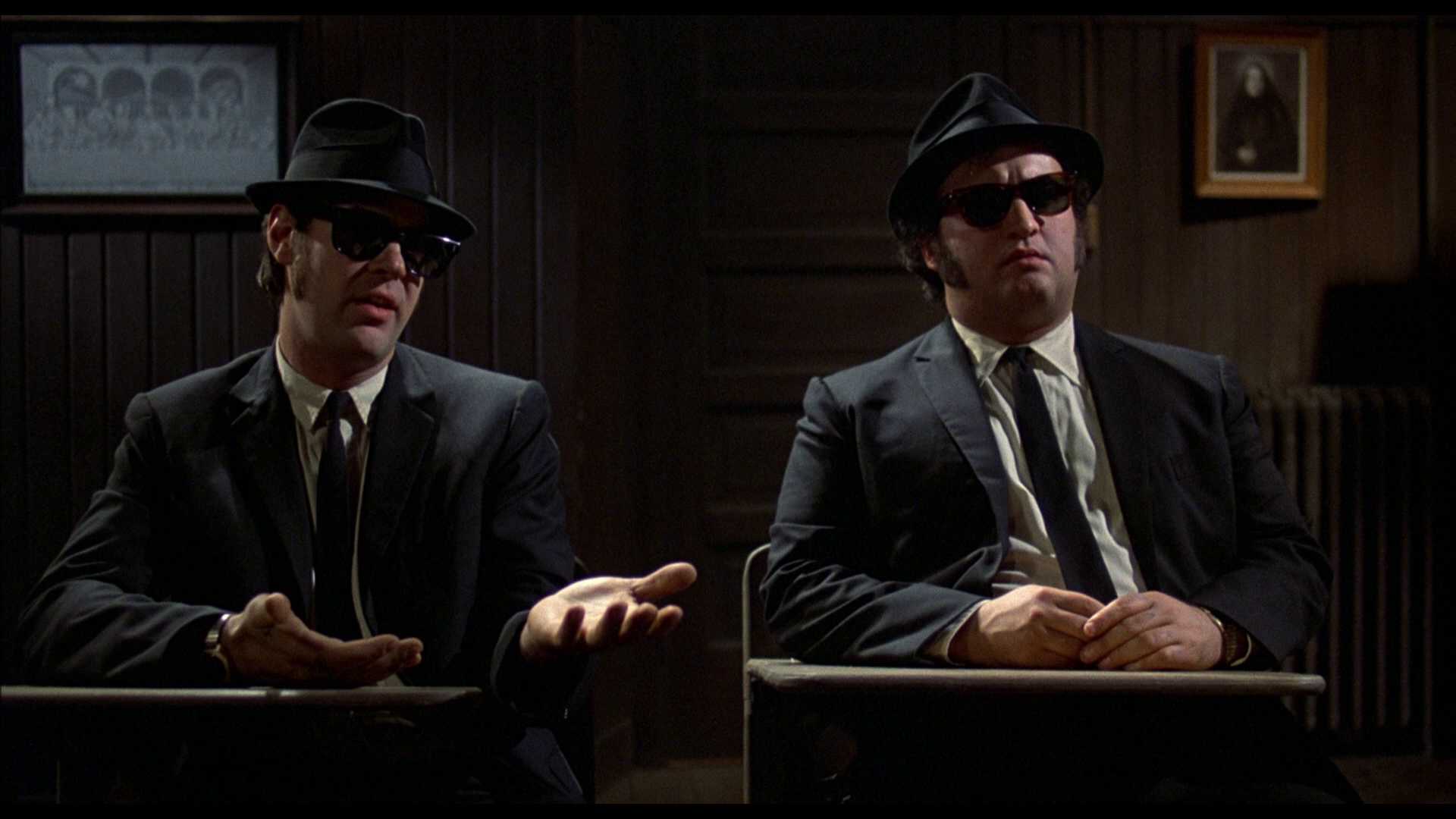 Indeed, the release of The Blues Brothers – along with first-generation SNL helmed films Animal House, Foul Play (1978), and Meatballs (1979) – established definitively the commercial appeal of the Not Ready for Primetime Players. In many respects, they were comedy rock stars – no longer the post-Nixon political satirists they originally intended to be. With the Blues Brothers, as well as Steve Martin’s King Tut, their music made them more popular than even the top musicians of the day. (Briefcase Full of Blues sold more than 3.5 million records.)

The success of The Blues Brothers sent reverbs through the comedy world which continues to be felt now. Aykroyd and Landis made noteworthy comedy over the next decade. It also set precedent for later SNL adaptations, arguably perfected by Mike Myers’ Wayne’s World (which itself ignited a series of bad sketch adaptations, including Aykroyd’s own Coneheads.) With the exception of Superstar (2000), each SNL adaptation has been written by one of its stars; a trend started when Aykroyd turned in his 300-page treatment for what he envisioned a Blues Brothers movie looking like.

And aside from maybe Office Space – itself only indirectly connected to SNL – The Blues Brothers marked the last time Lorne Michaels was not squarely involved in the adaptations of one of his show sketches. The film’s monumental success was a lesson for Michaels once he returned from the wilderness, ready to build his comedy empire.

From Frank Oz to Spielberg to Charles Napier to Henry Gibson to John Candy, The Blues Brothers is like a Who’s Who of film history – buoyed by a madcap sense of ambition little seen since, particularly once formulaic high concept comedies became the norm. It also tells the story of SNL Going Hollywood, a narrative that continues now. With The Blues Brothers, you see that evolution on screen: their “mission from God” ultimately resulted in Boomer humor becoming a stalwart of American culture.