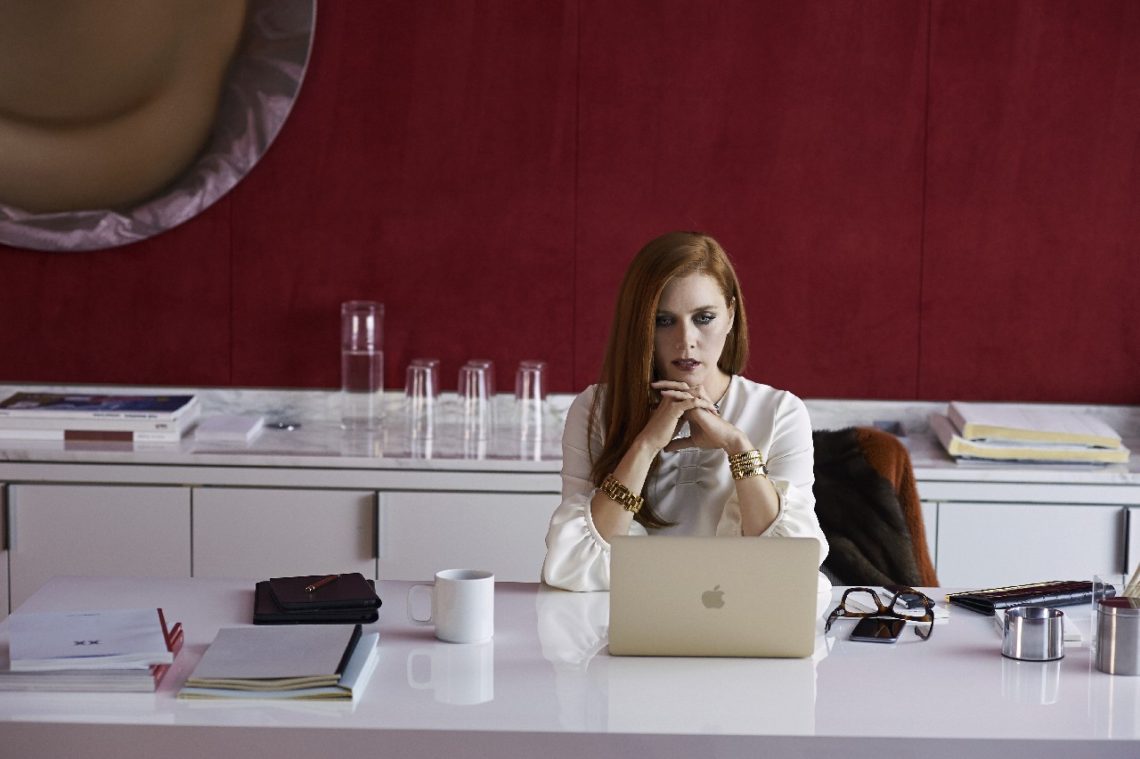 Angelo Muredda writes about "Arrival", "Nocturnal Animals", and the low-key gravitas of Amy Adams, who appears in both films.

In a recent article for The Talkhouse, screenwriter Eric Heisserer delves into his work in adapting Ted Chiang’s Hugo-nominated short story Story of Your Life into Denis Villeneuve’s Arrival. At once a procedural about the what-if scenario of mounting an interdisciplinary response to the arrival, on human shores, of an unknown alien species and an emotional essay on the nature of time and free will, Arrival stars Amy Adams as the story’s haunted protagonist Louise, a world-class linguist recruited by the U.S. government to uncover the purpose behind the visitors’ sojourn on Earth. While gesturing to the peculiar challenge of explaining to skeptical producers some of the text’s more cerebral elements, like its representation of the groundwork needed to get Louise communicating to the so-called Heptapods without the use of a common language, Heisserer admits he had to adapt his explainer into the movie. Just as Heisserer had to account for what exactly his heroine was doing in a “movie about process,” he claims, so Louise had to explain the value of her work to her own military superiors and audiences in the film via an expository whiteboard demonstration, complete with markers, dramatic arrows, and double-underlined keywords.

Louise’s whiteboard tutorial to Forest Whitaker’s general about teaching verbs to aliens is as goofy and as dead sober as hard sci-fi gets, a linguistics 101 riff on the questionable pop psychologizing at the end of Psycho. It’s also enchanting — thanks in part to Heisserer’s ingenuity in having his heroine effectively pitch the film’s more ambitious ideas to the viewer, but mostly because of Adams, who instantly grants both palatability and credibility to all of her scenes as an apparently grieving mother called to serve as the head of an expert task force that heads to Montana to make proper introductions with the new visitors. Since her Academy Award-nominated role in Junebug, Adams has occupied a curious space in a number of Hollywood prestige pictures (even as she’s spent most of her time frowning convincingly through dreck like Man of Steel), her soft features and twinkling eyes frequently set off against her crisp deliveries in important supporting roles. Now, in Arrival as well as Nocturnal Animals, Tom Ford’s gussied-up exercise in metafictional navel-gazing about gender, class, and love, she’s come in to her own as a figurehead for quiet competence and unshowy authority, grounding a pair of very different directorial statements in her lead roles as a pair of audience surrogates, sincerely engaged in the work of deciphering cryptic texts and ambiguous life narratives on our behalf. 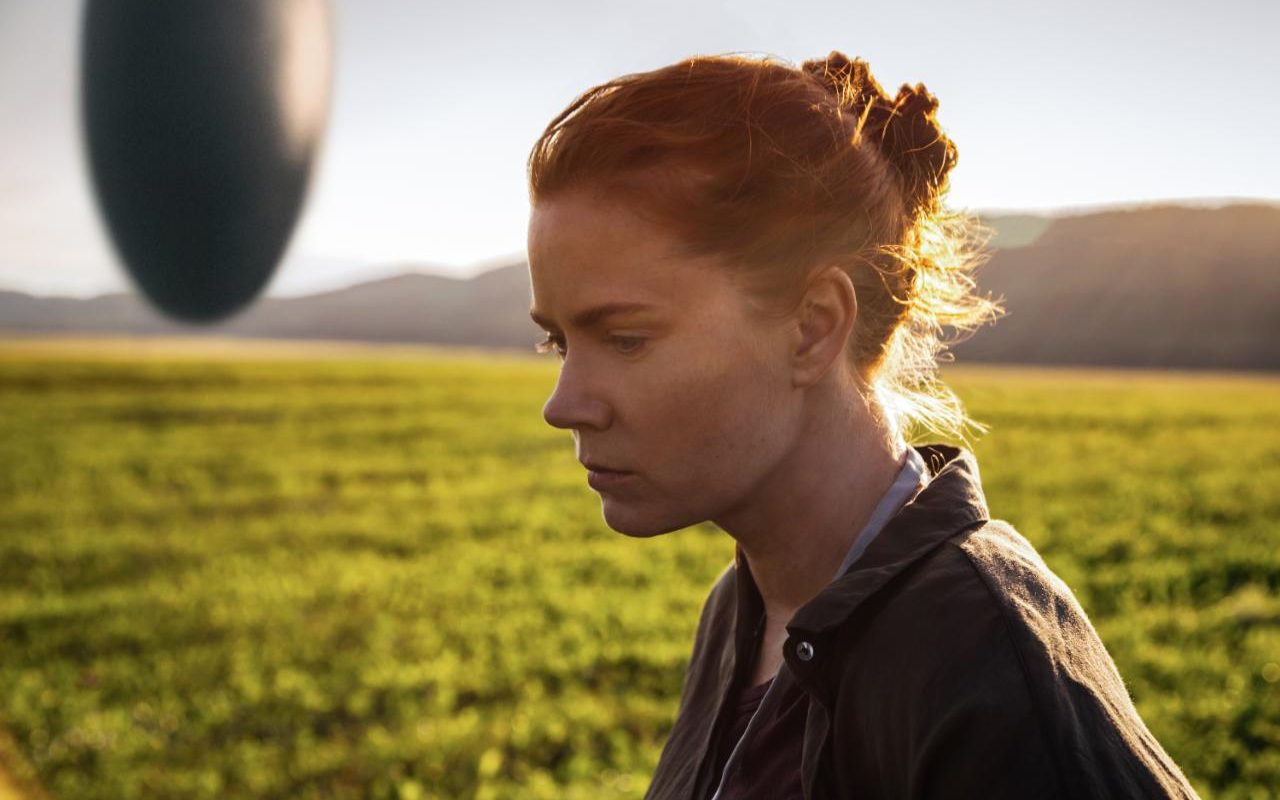 One might not necessarily agree with Armond White’s predictably bullish assertion in the National Review that in moving “between caution and fear, control and freaking out and then sustained awe,” Adams’s Louise recalls a post-election Donald Trump surveying the brave new world he has made. But there’s still something to be said for the impressive emotional gamut she runs in what might have been a redux of her thankless turns as Lois Lane, globe-trotting reporter and chronically sad girlfriend, in the DC universe. In gracefully pivoting, as White says, between the control of an academic and the believer’s openness to chaos and uncertainty, Adams embodies what turns out to be Villeneuve’s (and Chiang’s) strongest formal gambit: linking a first-contact story about centuries of human knowledge, human instinct, and human bureaucracy coming up against a great unknown with a universalist melodrama about willfully taking a bold step into the potentially even greater unknown of family planning. Adams is equally effective in both gears, persuasively trading the usual scientific technobabble of these sorts of films for introductory sociocultural linguistics lessons, and transcending what initially appears to be a standard grieving-genius backstory, the kind usually reserved for aloof men in Christopher Nolan movies.

Of course, if there’s any contemporary filmmaker whose interest in narrative paradoxes about identity rivals Nolan’s, it’s Villeneuve. At the risk of spoiling the film’s third-act trajectory, Adams makes for as compelling and game a rabbit-hole jumper in this home stretch as Jake Gyllenhaal in Enemy, as a man who meets his exact double in a jaundiced, topsy-turvy Toronto. It isn’t just that Adams, with her modest grey blazers and her officious power walks through the abandoned halls of her anyplace college, is believable as a scholar bringing her little pocket of expertise to the wider world. It’s that in the moments where she puzzles through flashes of a happy life seemingly already lived, she makes a compelling surrogate for our own efforts to work through the film’s increasingly playful experiments with cause and effect, and Villeneuve’s pointed recycling and remixing of the generic conventions of stories about grief, from disembodied voiceovers over placid fields to lyrical flashbacks to that one special day. Villeneuve and Heisserer may cheat a bit with an opening montage that seems to span more of Louise’s life than she’s yet aware of, but there’s a vicarious thrill in discovering, through Adams’s confused-then-knowing eyes, that what we thought were flashbacks might be something else entirely, and watching her realize that the story of her life is something of a choose-your-own-adventure novel with a finite number of pages.

Rather like Villenueuve, from whom he’s also poached his favorite leading man in Gyllenhaal, Ford channels Adams’s honest face and careful schoolteacher’s enunciation for the sake of our maximum identification in Nocturnal Animals. If the film is, in its content, an unquestionably straighter bid for the mainstream than A Single Man, with its story-within-the-story of a bearded patriarch (Gyllenhaal) failing to protect the vulnerable and imperiled women in his life (Isla Fisher and Ellie Bamber), it’s again through no small thanks to Adams’s lodestar performance as Susan, an L.A. art dealer who relives her doomed marriage to estranged ex-husband Edward (Gyllenhaal again, playing both writer and character) through an immersive reading of his latest unpublished and hand-delivered manuscript. Adams serves once again here as an earnest translator for an inscrutable system of codes — in this case the emotional language of Edward’s fragile heterosexual masculinity, which can only express itself through this overwrought allegorical fiction that puts an ellipsis at the end of their failed marriage, causing Susan to reconsider her role in its demise. 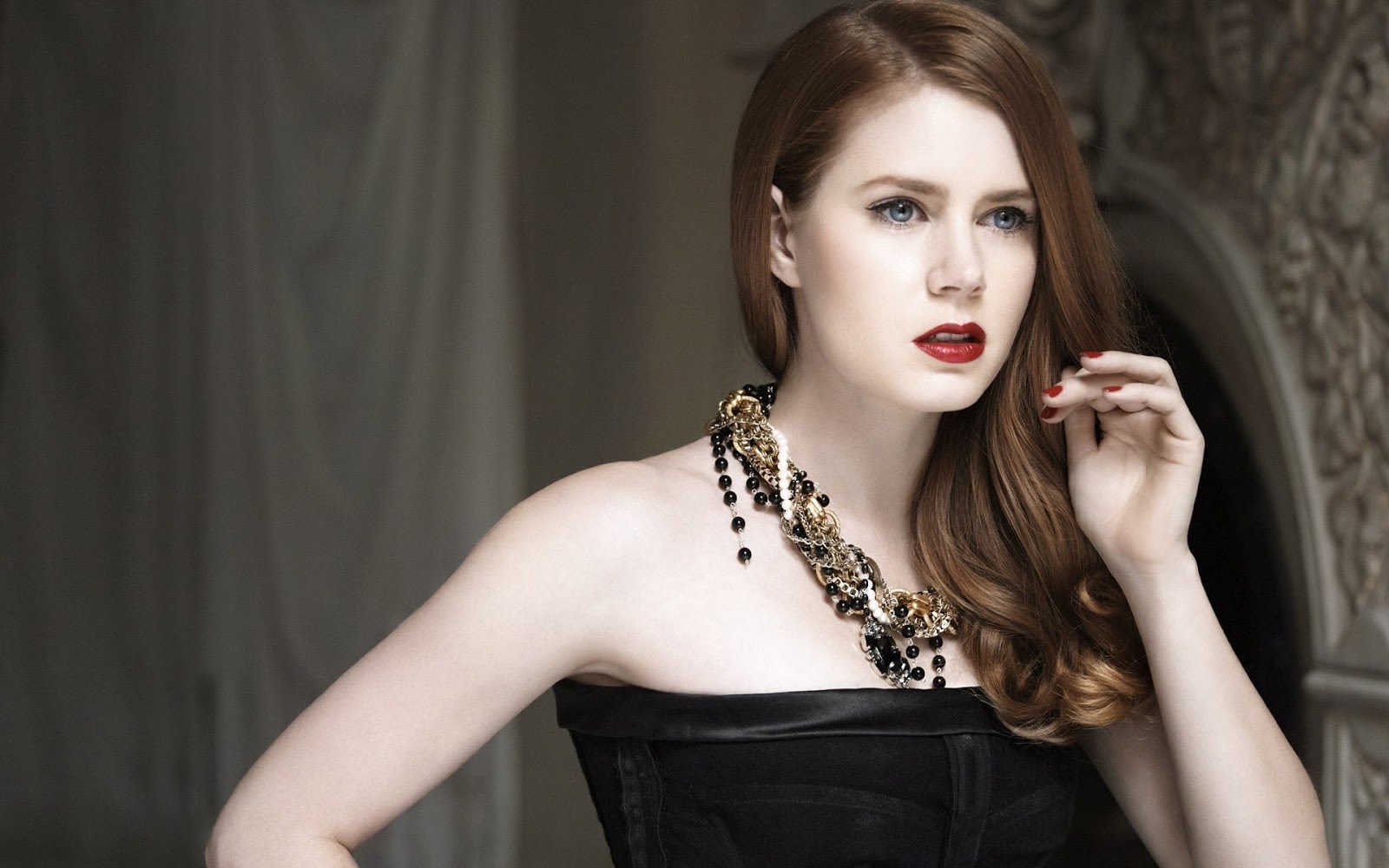 To his credit, Ford wrings some white-knuckle tension out of his pulpy noir-lite recreations of Edward’s novel, or rather Susan’s vision of it, where Gyllenhaal’s polite family stooge is run off the road by an unpredictable pretty-boy psychopath (an especially glassy-eyed Aaron Taylor-Johnson) who holds his family hostage and worse. But once the structural conceit is revealed, there isn’t much left to parse beyond some rote trafficking between past, present, and imagined parallel timelines, and some pretty tableaux of Adams sadly slinking her way through modernist spaces in gorgeous evening wear. As in A Single Man, Ford’s also undone more often than he’s helped by his stylistic excesses, like the impossibly smug opening credit montage, which stages a slow-motion, velvet-swathed burlesque performance by plus-sized dancers as some kind of otherworldly ritual, the mere sight of fat bodies in motion apparently too opaque for human minds to process. Yet Ford remains a virtuoso at branding, and Adams, decked out in frames resembling the hyphenate designer-director’s own signature chunky eyewear, is a critical part of the film’s particular aesthetic and affective stamp. While the narrative momentum belongs to the two Gyllenhaals’ real and fictional quests to write the ultimate position paper on how to be a good man in a world full of bullies and hectoring upper-class in-laws, the film belongs to Adams’s Susan, the sympathetic reader and audience surrogate who takes Edward’s junk novel more seriously than any self-respecting audience probably should, and is all the more noble a reader for it.

Nominated for five Oscars to date but never really favored to take one home, Adams has, for all her success and appreciation on paper, been in some danger of being taken for granted, despite regularly bringing a welcome note of quiet grace and grit to outsized method-acting circuses like The Fighter or Doubt. Though both Arrival and Nocturnal Animals put her to work in her familiar role of a non-threatening medium, whether by bringing the Heptapods’ obscure foreign marks to human consciousness to prevent global war or activating Edward’s embittered voice by deeply reading his opus (because somebody has to), they also suggest a new recognition of what you could call her low-key gravitas, the same ineffable quality that made her character Peggy the third critical point in The Master’s triad of power. It’s probably too late and too cute to call this new phase in her career an arrival, but it might be some kind of second coming.