After The Credits: How Marvel is Blurring the Line Between Film and Comics

This weekend, I went to see Thor: The Dark World. In keeping with Marvel Studios’ custom, the film had a post-credits scene that offered a hint at what fans could expect from their next big-screen blockbuster. If you’re someone who doesn’t read comic books at all, then no matter how closely you’ve watched the preceding seven superhero films, this scene probably didn’t make much sense.

I’m one of those people. Last Friday, when The Dark World’s first post-credits scene played, my buddy–in what’s becoming a ritual between myself and whomever goes to see these movies with me–turned and asked me what the hell it all meant. So, being a good sport, I told him what I knew, which wasn’t much. The scene takes place in a comic book setting that borders on crazy obscure, but without revealing any spoilers, I can say that it re-contextualizes prior Marvel films in a really interesting way that totally threw me for a loop. My pal couldn’t have known this himself, however, because he never read the source material.

This is pure fan service. The general public seems to realize this too, as evidenced by the group of people behind me during The Avengers, who, after that movie’s post-credits scene, pretty much accosted me saying, “Hey, Nerd. Nerd this for me. Nerd it real good.” Because, like an inside joke or a magic trick, people recognize when there is a line drawn, when something as small as a scene after the credits, outside of the story of the film they just saw, divides them instantly. There are those who know, and those who don’t. And naturally, people want to be in the know.

Because of that line, the movie theater is about to become a very complicated place in the near future.

There’s a bit of poetry in the fact that, of all the comic book heroes that would make billions at the box-office over the next dozen or so years, the X-Men marked the start of Hollywood’s superhero gold rush. The team serves as an apt metaphor for the industry that birthed them. Feared and misunderstood, uncanny and garish, comic book films were seen as kids’ stuff, and very risky. Looking back now, Bryan Singer’s X-Men is almost painfully aware of all this–most notably in its decision to dress the team in leather flight suits and crack jokes about yellow spandex. 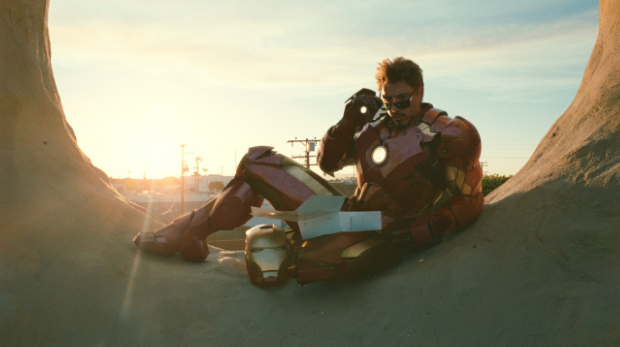 But while the film that signaled the start of superhero films’ box-office reign was sheepish about its roots, Marvel’s recent in-house movies (Iron Man and beyond) revel in them. Callbacks and trivia abound, costumes and capes are par for the course, and most importantly of all, they introduced the idea of continuity to the summer blockbuster.

Continuity in the world of comics means something very different than it does to filmmakers. To the latter, continuity is a matter of quality control: the logistics of filmmaking often require that scenes are shot out of order across many days. As such, story continuity is overseen by a script supervisor, to ensure that the film’s narrative chronology isn’t compromised by having, say, a wedding ring on a character’s finger in a scene that takes place before the wedding.

In comic books, however, continuity is a far more complex beast. In this context, it’s used to refer to the idea that almost every comic put out by a publisher (like Marvel) is part of one long story in a shared universe, starting from the first comic they published and persisting to the latest issue on the stands. As such, mainstream superhero comics exist in a perpetual second act–stories cannot have an ending that is too conclusive, and must always leave the main cast intact. It’s a bit like television, except TV shows don’t run for fifty years and the producers of Scandal don’t stop the producers of Homeland from blowing up the White House because they have plans for it and their show makes more money.

As you can imagine, comic book continuity is ridiculously cumbersome. Publishers know this, and frequently advertise stories and events that make for good entry points for new readers to jump on (like DC’s much-ballyhooed New 52 initiative) or offer series that only concern themselves with continuity at the most rudimentary level–what costume a character wears, where they currently work, and other minutia that offer only slight hints of the larger world outside the series itself (like Matt Fraction and David Aja’s remarkable Hawkeye). There are also stories that take place entirely outside of continuity, which afford creators more freedom but sometimes struggle to gain traction with readers who want stories that “count” towards the longer story of the persistent universe they’re invested in. And the way readers are reminded of this persistent universe is the way it has sneaked into our cinemas: the crossover.

On the subject of crossovers in comics, Andrew Wheeler of Comics Alliance writes:

Crossovers are tricky business. If they weren’t stories about superheroes, controlled by corporate masters and motivated by sales, they’d be hailed as avant-garde experimental works. Multiple interconnected narratives explored in separate streams and presented in different visual styles, overlapping, diverging, shifting as the angles change, with parts of the whole revealed in glimpses, in incidents, creating a work that should be comprehensible whether consumed in its entirety or only in part? That’s some advanced level Italo Calvino trickery right there. And it’s got Thor in it!

While this is a pretty accurate summation of how crossovers affect continuity in printed comic books, it’s a far cry from how it applies to the movies they’ve inspired thus far. But really, what separates the two other than time? Back in the 60s, comic book crossovers were a lot like the way we currently see them in films: Spider-Man would be doing one thing, and on his way to thwart a villain he’d swing by the Fantastic Four on their way to outer space or something. They were cameos, really, which in turn built in small ways towards a larger event. The slow route towards The Avengers the movie very much emulated the path taken towards The Avengers the comic. 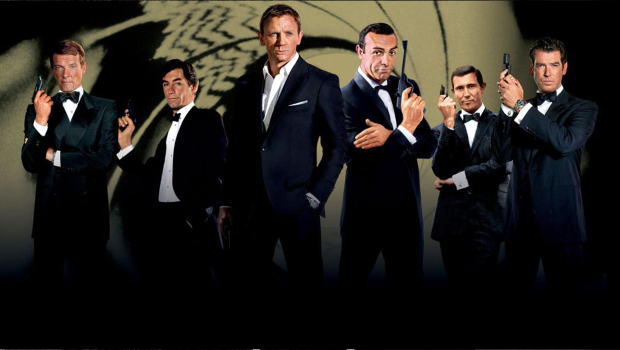 It’s something that’s never been tried in such an ambitious way on film before. Even established, long-running film franchises like the James Bond films have never really concerned themselves much with continuity. Bond films that directly follow one another are an entirely new phenomenon that began during Daniel Craig’s tenure. Over at Badass Digest, writer Devin Faraci argues that the Marvel model has made an irrevocable mark on franchise cinema: where Harry Potter turned film franchises into an annual event, Marvel is striving to make them obsessive. Faraci argues that, like Pixar, Marvel hopes to draw audiences solely on the strength of its brand, along with its own special sauce–the crossover continuity that will compel fans to see every film, the way we now binge-watch a TV series on Netflix.

And, boy, have people noticed. As Faraci points out, Disney (now Marvel’s parent company) doesn’t just plan to release a new Star Wars trilogy, it plans to have spinoffs, to keep you coming back every year. Warner Brothers has the entire roster of Marvel competitor DC Comics at its disposal, and is bringing Batman on to the Man of Steel sequel. And that’s to say nothing of studios like Fox and Sony, who are looking at their licensed comic book characters and are rumored to be doing their damnedest to build universes of their own, or the franchises they’re reviving. According to the MPAA’s 2012 Theatrical Market Statistics, the average moviegoer in North America buys six tickets a year, and Hollywood is working really hard to make sure that those six tickets are spoken for long in advance.

There’s been much said and written about the state of cinema and the blockbuster problem facing the industry, and this drive towards increasingly intricate superhero franchises seems like it will only exacerbate the problem.

There’s this running joke in comic book circles that death doesn’t mean anything in comics. Just about everyone who dies comes back. It’s a trope that’s played out and overused and will continue to be dragged out again and again over the years because, hey, it’s worked before and maybe with luck it’ll work again. But, miraculously, comic books are still here. Sixty years later, there are still dozens of floppy magazines being published about Iron Man and Captain America and The Hulk and Thor every week. They’ve changed a lot, yet somehow, comic books are better than they’ve ever been. They’re bolder, stranger, and more idiosyncratic than ever. There are comics about scientists that become as famous as the Beatles, comics about thieves who can stop time when they have sex, and comics about what superheroes do when they aren’t being super.

Meanwhile, in theaters, Thor: The Dark World is a high fantasy, Captain America: The Winter Soldier is being pitched as a political thriller, and Edgar Wright’s forthcoming Ant-Man has been described as a heist movie. ‘Comic book,’ as Marvel Studios head Kevin Feige would like to remind you, is not a genre. Unfortunately, when you have a Big Master Plan you’re very open about talking to the press with, it’s hard to not feel like these films are just cogs in the machine. As Matt Singer writes for The Dissolve:

I think the key is remembering never to put the continuity cart before the hero horse. The prime example I always think of is Iron Man 2, where the film’s main storyline about Iron Man and Whiplash took a 15-minute time-out for a Samuel L. Jackson infodump about the Avengers Initiative. When a movie just starts to feel like a coming attraction for another movie, you’re in big trouble.

And he’s right. It’s quite possible in the industry’s current blockbuster franchise-happy climate that the joy of the standalone film will be abandoned, and that a really promising take on a superhero or comic book will be passed over because it doesn’t tie into anything else. We are quickly reaching critical mass.

Because in comic books, no one ever stays dead. They come back; they’re just a little bit different.