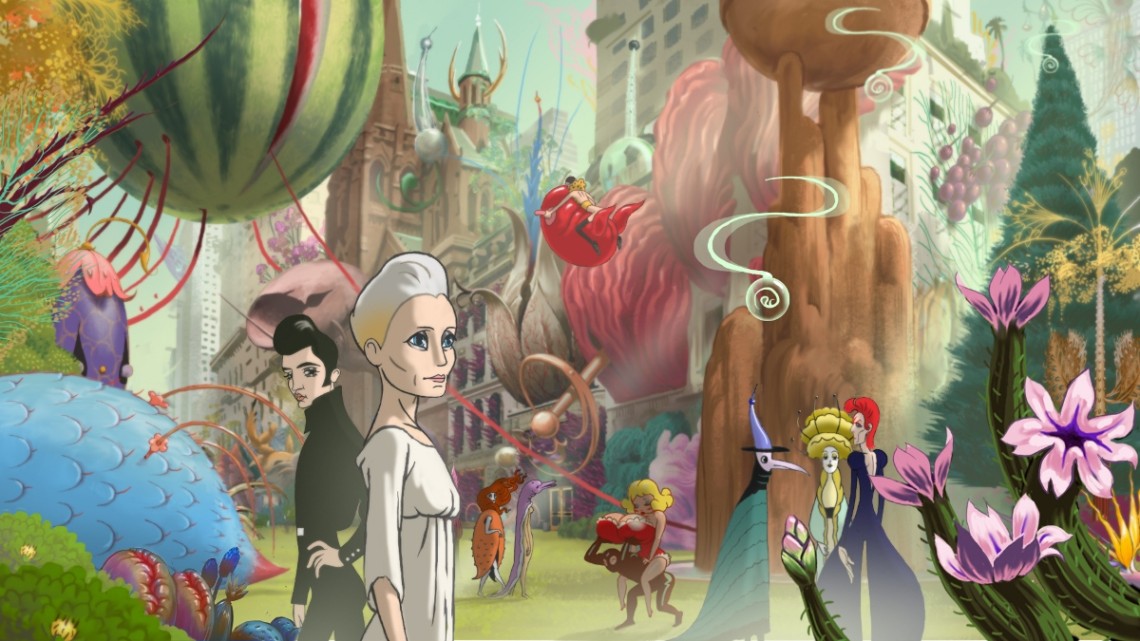 There’s a moment in Ari Folman’s previous film, the animated Invasion of Lebanon documentary Waltz With Bashir, that pulls you back to reality in an emotionally devastating fashion. After experiencing the entirety of the film’s disturbing events through Folman’s subjective, animated lens, Folman inexplicably cuts to live-action via a series of harrowing scenes from archival footage of the inciting event’s aftermath. It’s a moment so effective and visceral that it makes sense to me that Folman would create a very similar scene in his follow-up film, The Congress, which somehow manages to be equally effective. For a while, despite my enjoyment overall, I was worried that Folman’s latest film would be too caught up in its phantasmagorical whimsy to do anything with its madcap blend of dystopian sci-fi and psychedelic visuals. When that moment comes though, it made the entire experience all the richer.

Very loosely based on the novel The Futurological Congress by Polish author Stanisław Lem, Folman’s The Congress follows Robin Wright, who plays a fictionalized version of herself (think less John Malkovich in Being John Malkovich and more Louis C.K. in Louie) that is continuously chastised by her agent Al (Harvey Keitel) and an executive at Miramount Studios (Danny Huston) for not fulfilling on the potential that roles such as The Princess Bride and Forrest Gump‘s Jenny suggested of her. Further complicating her acting duties are her son’s (Kodi Smit-McPhee) health troubles, as he’s slowly growing more deaf and blind with each passing year, and must be taken care of as much as possible. It’s at this point that Huston’s executive suggests a balance that can both revitalize her career and allow her to stay at home: by scanning her very essence into a computer chip that can ostensibly act for her while the real Robin Wright does nothing. It’s the ultimate form of “selling out”. The CG creation can act in whatever awful movies the studios want her in, and she remains the one that gets paid.

As fascinating a dilemma as this is, it only takes up the first half of the film. The rest takes place some 20 years later, where the advent of Miramount’s scanning technology has brought about all sorts of other technological advancements that blur the line between reality and classic, Hollywood-manufactured escapism: namely, a series of hallucinogenic chemicals that let you see the world through an animated backdrop, allow you to morph into any character you so desire, and other such technological and pharmaceutical oddities that, despite their lively after-effects, are removing the humanity from their own users. Robin is then forced consider the consequences that her selling out has wrought on the world, but is it already too late for her as she’s engrossed in this fantasy?

The Congress is a dizzying experience, so filled to burst with ideas and imaginative visuals that it can almost be seen as a detriment to the film, ready to burst into pretty yet empty fireworks at any second. And yet, for all of the myriad concepts that surround The Congress, it never feels unfocused, primarily because they feel thematically connected to one another, as each one comments on the lengths humanity goes to substitute and even forsake its own humanity, whether it be through technology, chemicals, cinema, or art itself. That being said, they all could’ve been more elegantly woven together. The film’s two halves are so different from each other that it’s impossible to ignore how uneven it feels at times. And yet, that unevenness deceptively becomes the point, as Folman’s engrossing psychedelic fantasy becomes harder and harder to shake off when considering the comparatively mundane reality beyond. It’s one thing to make the viewer unable to differentiate between reality and fantasy. It’s another to make the viewer wish to forgo a film’s “reality” as much as possible. 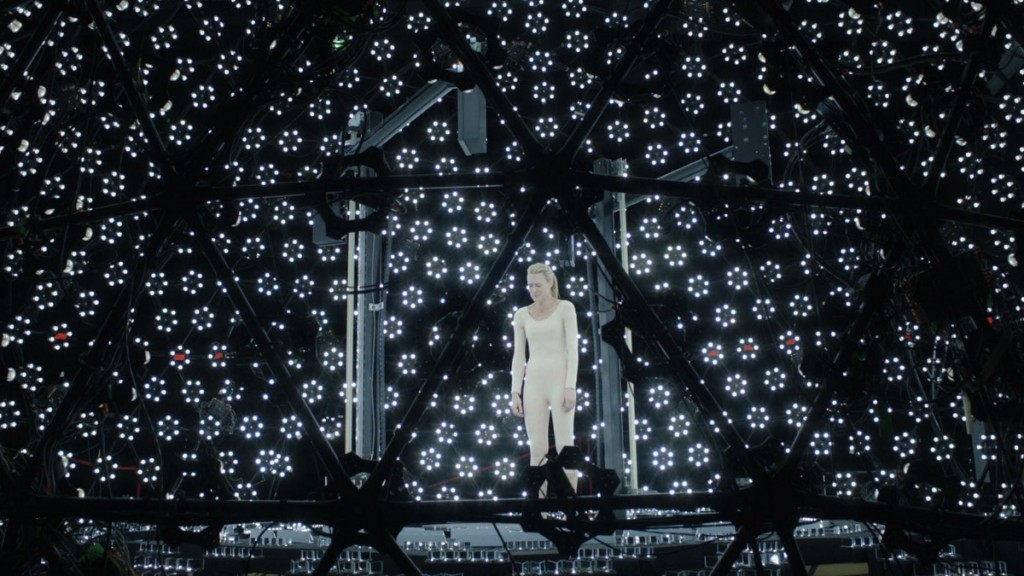 The animated second half is a technical marvel. Created through a primarily hand-drawn style that emphasizes a kaleidoscope of vibrant colors and purposefully grotesque character designs and movements that would make Ralph Bakshi blush, these segments continually amaze with a million inventive little touches inhabiting every frame, and it’s further propelled by a terrific score from Max Richter. The animation is one of the film’s biggest strengths, thus it manages to distract the viewer from its biggest problem. It is also in the second half that the script begins to clutter your ears with lots of psychobabble, technobabble, and psuedo-philosophibabble. It never becomes so bad that it takes you out of the film, and the visuals help the medicine go down more easily, but clunky expository dialogue is still clunky expository dialogue no matter how many times you draw a tree growing out of a couple having sex on an airport runway that’s catching on fire from a dozen explosions that are caused by a kite to distract us (don’t…bother to ask what that’s about).

Another thing that manages to save these scenes is the cast, which is rife with wonderful supporting players. The most memorable one is Danny Huston, who steals every single scene he’s in with one hysterical line after another, both in live-action and animated form, creating the ultimate parody of cynical studio heads. That is, until Harvey Keitel delivers an unbelievable monologue that completely floors any notion that the aging actor is losing steam. It’s the kind of monologue that we dream every great actor could achieve, and the Academy is sadly probably not going to recognize it, despite Keitel’s brutal, impeccable delivery. The rest of the cast does wonders with what little they’re given (Kodi Smit-McPhee and Paul Giamatti have only a few scenes, but they stand out in each one), while Jon Hamm manages to be the one weak spot as he’s saddled with most of the clunky expository dialogue and doesn’t do much to elevate it.

Anchoring the film throughout, however, is our lead, Robin Wright, giving a career-best performance. Even when she’s given only her voice to project, Wright never lets us lose sight of the real human being underneath her animated avatar. Her live-action self is no slouch, either, as she plunges the very depths of her own purpose as an actress and allows for a performance of uncommon vulnerability. Many will and have already called Wright’s performance here “brave”, which doesn’t make much sense to me. All great performances are “brave” in some way, and the meta aspects of Wright’s don’t make it any more or less “brave”, even if they do enhance the role in other ways. Regardless, Wright continually elevates herself all throughout the film, and manages to be one of the many aspects that keeps the audience engaged in the film’s reality just as much as its fantasy.

As fantastical as the animation is, the film never loses sight of that underlying reality. For all its rainbow color palettes and whimsical visuals, this remains a bleak portrait of humanity that just happens to be brimming in the very life that its vision of the future lacks. The contradictions feel purposeful, as this soulless, manufactured world is teeming with more “life” than anything in the film’s objective reality. That is, until Folman brilliantly pulls the rug from under the viewer at the very end. Part of me wishes that this moment had come a bit earlier in the film, as the film would’ve been much less disorienting if it had done so, yet that dizzying sense of being unable to tell where the film would go next was as integral a part of the experience as its crucial reveal.

Had The Congress‘ conclusion chosen to stay in its own head, the film still would’ve been good, albeit an emptier and more uneven experience. With it, it becomes a startling, beguiling rumination on the slipperiness of mortality and the methods we create to escape the inescapable. It’s hard for me to say whether or not my appreciation for The Congress will grow or worsen when I inevitably see it a second time, but no matter what the end result reveals itself to be, Ari Folman’s film is an unshakable experience. 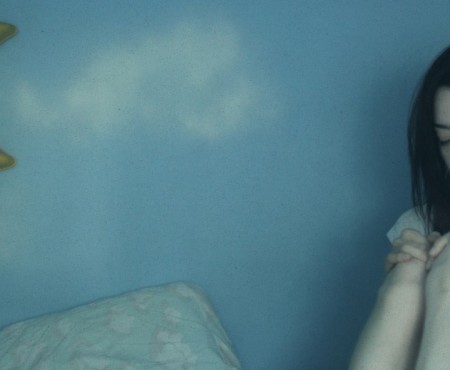 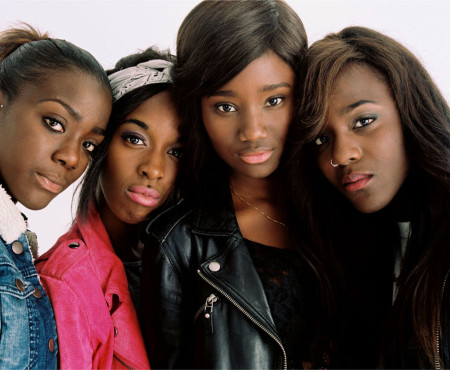 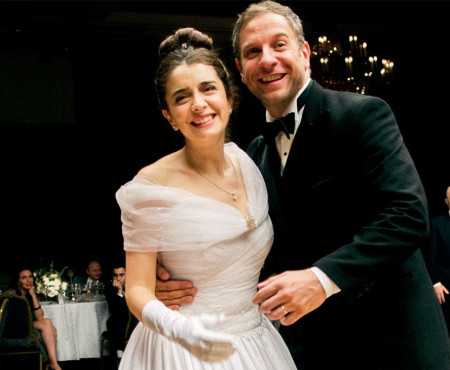