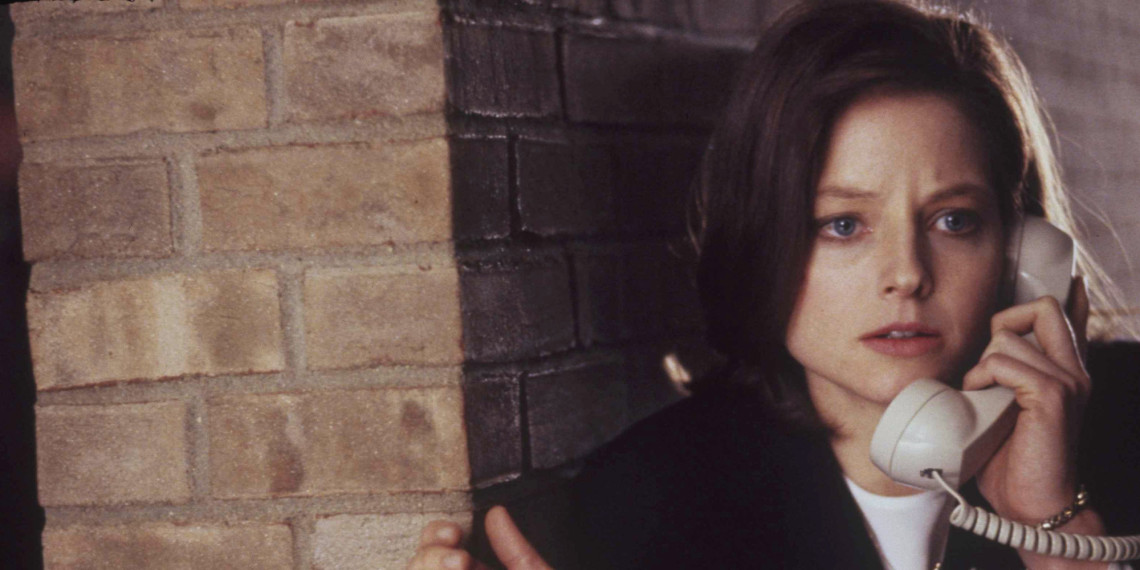 Every other week, Alissa Wilkinson looks back at an iconic piece of cinema in the Adult Beginners column. The twist? She’s watching each of these films for the first time, approaching them with fresh eyes and mature context. This week, she’s discussing The Silence of the Lambs.

I’m an avid cheerleader for the lately departed NBC drama Hannibal, which starred Mads Mikkelsen as Hannibal Lecter and Hugh Dancy as his tortured nemesis Will Graham. Operatic and nightmarish, and filled with queasy, ever-more-imaginative ways in which serial killers (including Dr. Lecter himself) manipulate their prey, it’s nevertheless one of the most gorgeous TV shows ever—sumptuously shot with obvious references to Renaissance paintings, obsessed with the stuff of existence: flesh; blood; bone; mud; dew; moving water; and, of course, food and wine.

I’m late to Thomas Harris’s legends of Lecter, though, and had to track backwards for Jonathan Demme’s The Silence of the Lambs, which would chronologically have overlapped with a fifth season of Hannibal, according to the show’s creator, Bryan Fuller (at the moment, it looks like we may never get that season). Instead of Mikkelsen, we get Anthony Hopkins. They share a certain waxiness and calm, calculating deadness, like a insanely polite corpse.

And for interlocutor, there’s Jodie Foster as Clarice Starling. It’s interesting to note in passing that both of these stories are not really about Lecter; not knowing this, I was surprised by how little he’s actually on screen in Silence, though those scenes come out with all guns blazing. Instead, Starling is trying to locate a man who hunts and skins women, and Lecter may be her key.

But the deeply physical filmmaking is still here. Starling’s descent into the bowels of the building where Lecter is being held and her passage along the corridor past a horde of prisoners screaming and snarling like demons is shot frenetically, and that’s just the first terrifying scene.

Instead of being about beauty and repulsion, though, The Silence of the Lambs wants us to feel what it is to be Starling, and specifically what it is to inhabit a female body in a male-dominated world where you’re the choice cut of meat, the object of desire. From the start of the film, the camera constantly works from Starling’s POV, shooting both Dr. Chilton (Anthony Heald) and Jack Crawford (Scott Glenn) as if they’re filling her frame of vision—which, of course, they are. She is their pawn, just an agent who fits the bill, the “pretty young thing to turn [Lecter] on.” She looks down the hallway at the mental institution toward the chair she’s meant to sit on across from Lecter’s cell, and we’re looking from her angle; later, Lecter looks straight at the camera—which is to say straight at us—as he talks.

This makes perfect sense; the killer Starling is hunting is a man who skins women, as it turns out, in order to dress himself in their skin, to inhabit their bodies (or maybe fully inhabit the one he possesses—one can only imagine that this element of the story would be told with more precision today than it was in 1991). So why wouldn’t we be in her skin watching? And when Lecter figures out how to free himself, he uses skin as well.

But we also get to experience Starling as an object of desire, something to be looked at. “We begin by coveting what we see every day,” Lecter says to Clarice. “Don’t you feel eyes moving over your body, Clarice? And don’t your eyes seek out the things you want?” Lecter wants her baldly, but not as an object of sexual desire so much as a way out of his current situation, like an animal trying to get free of a trap (his heightened sense of smell and predilection for consuming his prey only underlines that fact). He shames her, he toys with her, and he uses her. The men around her similarly dismiss or denigrate her, a tiny and beautiful woman in rooms and elevators full of men. The killer watches her stumble around in the dark through night-vision goggles, and so do we.

But she manages, eventually, to topple these hierarchies just a little. The Silence of the Lambs gives us a protagonist who eventually has to get out from underneath this unending objectification, which happens after the killer is caught. Lecter, now escaped, calls her and tells her what he wants her to do. And she refuses, moving from object to subject, at least for now.

There’s one final, eerie thing I can’t help but note: the way both The Silence of the Lambs and Hannibal take, and then subvert, the aspects of historic Christian theology that deal most closely with the human body. The Silence of the Lambs toys with the doctrine of Incarnation, the idea that Jesus took on a body at his conception so he could identify with and live among humans on earth—and there’s a clear, obvious, unnerving link between that and wearing other people’s skin. And Hannibal works overtime to make sure we can see the link between the Eucharist—the bread and wine at the center of Christian practice meant to be the body and blood of Christ himself—and the perverse consumption of his prey in which Lecter engages, with a nice chianti on the side. One is meant to impart grace to the participant. The other…well, who knows?

Next up: The Nightmare Before Christmas.