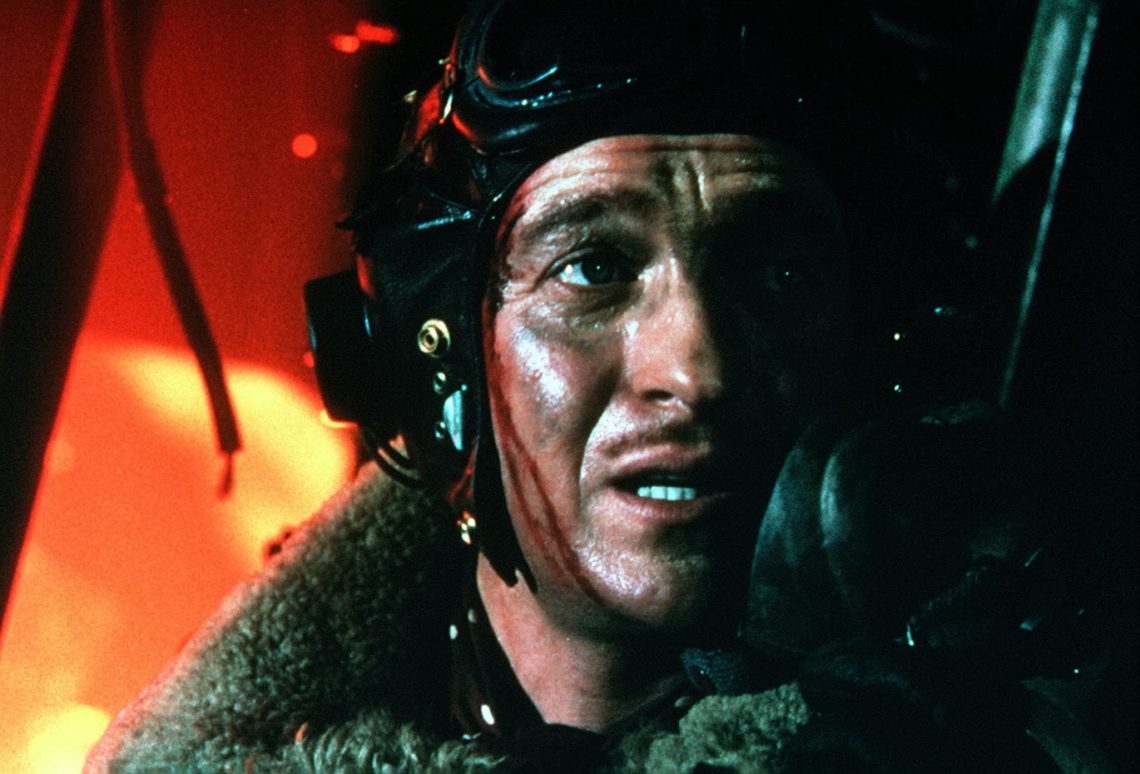 Josh Spiegel writes this essay in celebration of the 70th anniversary of Powell and Pressburger's "A Matter of Life and Death."

To watch a film written, produced, and directed by Michael Powell and Emeric Pressburger (best known as the Archers) is to step into a world of infinite magic and wonder. Theirs are films that long ago entered the pantheon of influence; if you have not seen an Archers film, you have at least seen films touched by their work. Throughout the 1940s and 1950s, the Archers crafted stories of World War II, from the American, British, and German sides; aching, thrilling romances; and whimsical fantasies. Regarding the latter, today is the 70th anniversary of the premiere of—dare it be suggested—their best film, in a string of consecutive successes that are arguably impossible to top in English-language cinema: A Matter of Life and Death. This gem fuses many of the hallmarks of what makes an Archers film: bold style, evinced by the gorgeous fusion of three-strip Technicolor and black-and-white cinematography by Jack Cardiff; technically daunting sets, best displayed in the gigantic court that serves as the location for the final third of the picture; an earnestly emotional tone; and a resolutely British sensibility, exemplified by Dr Frank Reeves, played by the film’s stealth MVP, Roger Livesey.

Despite opening a year after the conclusion of World War II, A Matter of Life and Death was the result of the British government pushing Powell and Pressburger to make a film that would help mend the fractious relationship between British and American forces after the latter made themselves more at home than desired during the war effort. This, granted, wasn’t the first time the Archers had used World War II as the backdrop or foundation for a story; both 49th Parallel and A Canterbury Tale were set in the same period. The latter went as far as casting a U.S. soldier as one of its leads, and it may be a bit more successful portraying Americans in a kindly fashion. Bob Johnson (John Sweet) is friendly to a fault, an embodiment of the gee-whiz-aw-shucks, good-old-boy mentality of 1940s America. But in A Matter of Life and Death, Americans are primarily represented by a stern lawyer and orator arguing against the prolonging of our British hero’s life. 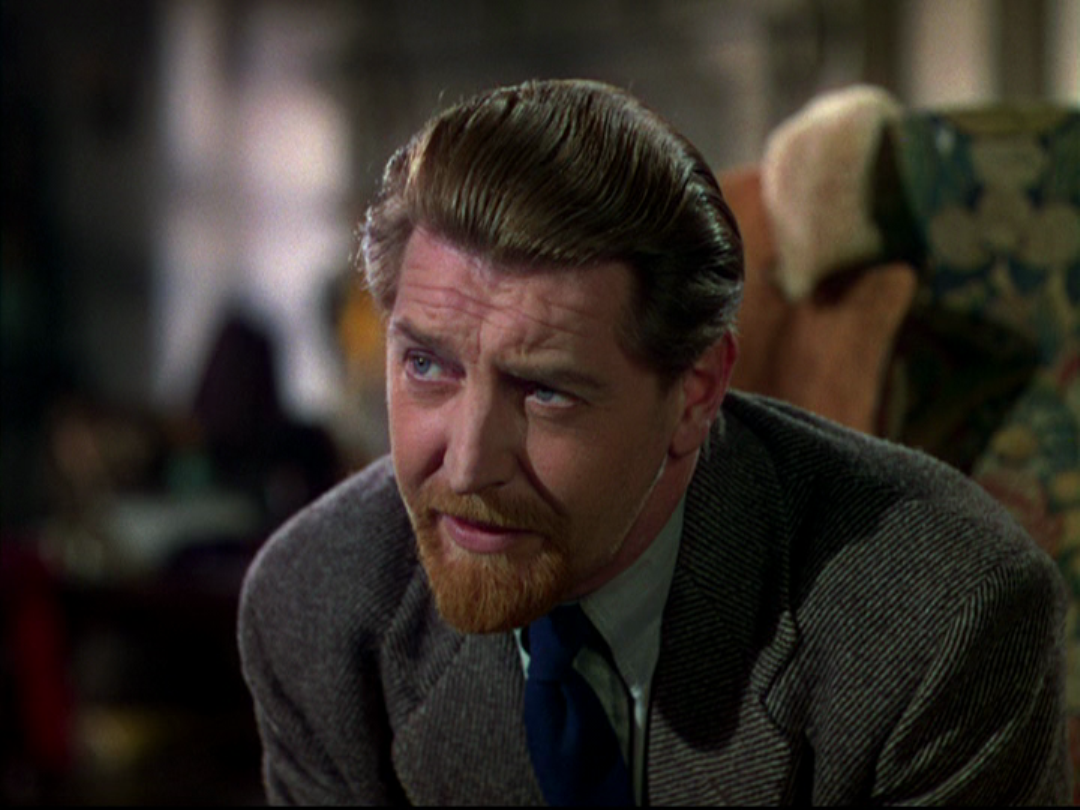 It is entirely to the Archers’ credit that A Matter of Life and Death can begin with a British airman uttering what he presumes to be his final words to a pretty American radio operator, and end with that British airman in a heavenly courtroom begging to stay on Earth. This wasn’t the first time Powell and Pressburger indulged in magical realism—the previous year, their swooning I Know Where I’m Going! featured two lead characters who fall in love potentially due to a centuries-old curse and nearly drown in a climactic whirlpool off the isles of Scotland. A Matter of Life and Death goes a bit further: we first see RAF airman Peter, played by an ever-charming David Niven, in his damaged plane; he’s the only remaining survivor and there are no parachutes left. So when he reaches out to June (Kim Hunter, a few years before her Oscar-winning performance in A Streetcar Named Desire), they both assume these are his final minutes on Earth. But after his plane crashes, Peter wakes up in Devon, not Heaven. Touches of whimsy line the film, like the infinite-seeming steps of the stairway between Earth and the other world. Although Peter and June find each other, he is quickly informed by an otherworldly conductor (Marius Goring) that he’s on borrowed time. To real-world inhabitants like June and her friend Dr. Reeves, Peter appears to be suffering from a brain injury; to Peter, he’s straddling Heaven and Earth in a matter of life and…well, you know.

As fantastical as the premise is, seriousness hovers at the periphery: Powell and Pressburger walk a fine line between making Peter’s perception as realistic as that of June and Dr. Reeves, of whether or not the other world exists or the dashing Brit is just on the verge of a physical breakdown. Peter’s life, and by the end, the British spirit, hangs in the balance without ever feeling so perilous as to diminish the lighthearted tone of the picture.

There’s a wonderful sense of familiarity in revisiting A Matter of Life and Death, offering the same comfort that any piece of culture you hold close does, in part thanks to the realization that so many of these actors had been, or would be, part of other Archers films; they pop in and out of one piece of cinematic magic like champagne bubbles. Niven would go onto star in their film The Elusive Pimpernel; Livesey, no slouch here, is best known for his superlative work as the lead in The Life and Death of Colonel Blimp, but also played the romantic lead in I Know Where I’m Going!; Raymond Massey, as the fierce Revolutionary-era American who argues against Peter getting an extended lifespan to live with June on Earth, was in the ensemble of 49th Parallel; and so on. The use of these repertory players helps the world feel lived-in, as if we’re the ones dropping in a la Peter from his damaged warplane. Little touches throughout the film—the first time Peter and Dr. Reeves meet, playing chess, while in the background, a jovial vicar directs a handful of young soldiers as they rehearse Shakespeare’s A Midsummer Night’s Dream, itself a fantastical romantic comedy; Dr. Reeves monitoring his camera obscura at his house to look out on the world of his little British hamlet—help flesh out the world beyond its high-concept premise. 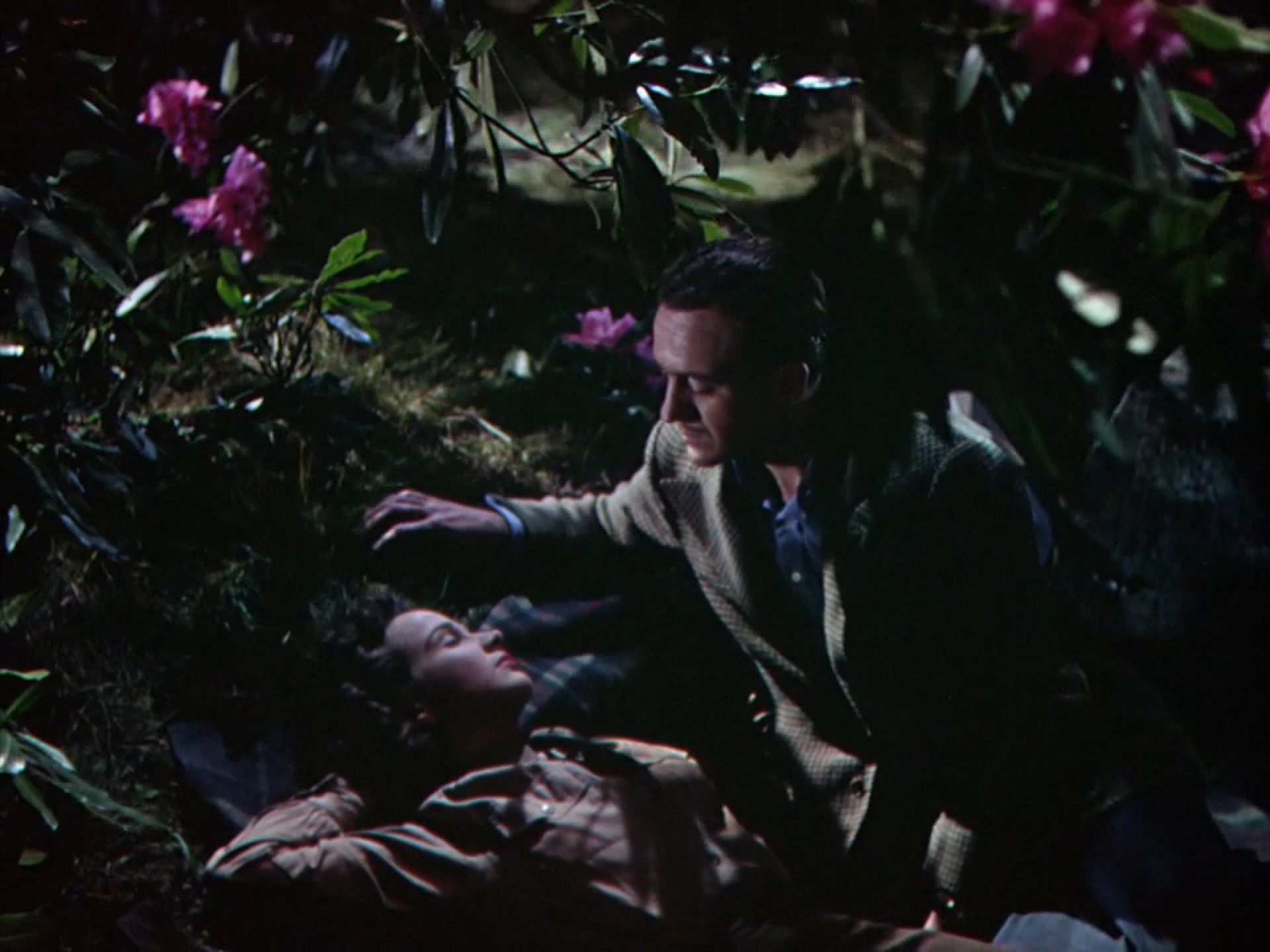 But it’s the love story in the face of impossible odds that makes A Matter of Life and Death stand apart from even the best Archers films. Powell and Pressburger were no strangers to epic romances: The Life and Death of Colonel Blimp has, in its lead character (also played by Livesey), an upright soldier whose failed romance as a young man echoes in other women he meets later in life. The Red Shoes represents a battle between the passion to create art and the passion to indulge in human romance, suggesting in its climax that neither side can ever truly emerge victorious. Black Narcissus depicts the chaos that occurs when a group of British nuns in the Himalayas encounter a male agent whose charisma sets them aflame. A Matter of Life and Death, its portentous title aside, does embrace a happy ending for its two lovers; whether or not Peter really is hovering between staying on Earth or going to heaven, or if he’s just hallucinating due to a brain injury, he survives at the finale to reunite with June. Even here, there’s a tinge of tragedy—Peter’s reality aside, Dr. Reeves dies in a motorcycle accident in his attempts to expedite saving the airman’s life—making the ending ever-so-slightly bittersweet.

But a movie called A Matter of Life and Death would have to be bittersweet, as it would have to be epic in scope. So many of the images of this film, as is the case in the other Archers films of the 1940s, are jaw-dropping in their depth and detail, rich and colorful and gorgeous to behold. It borders on the cinematically criminal that A Matter of Life and Death is still not available on Region 1 Blu-ray; as of this writing, it’s one of two 1940s-era Archers films not on the Criterion Collection, and has only been released on DVD. But if The Red Shoes and Black Narcissus and The Life and Death of Colonel Blimp, so vibrant and sumptuous in their Technicolor images, deserve the Criterion Blu-ray treatment, then so too does A Matter of Life and Death. This is as important a film to the career of Powell and Pressburger as their others, and just as compelling and entrancing and emotionally rich. A Matter of Life and Death was intended initially as a way to re-bridge the connection between the British and the Americans after the war (and it’s charmingly evident in the lengthy courtroom sequence). Seventy years after the fact, A Matter of Life and Death is simply a lush romance; it is less of a plea to one group of humans to treat with kindness another than it is a firm embrace of humanity, past and present.