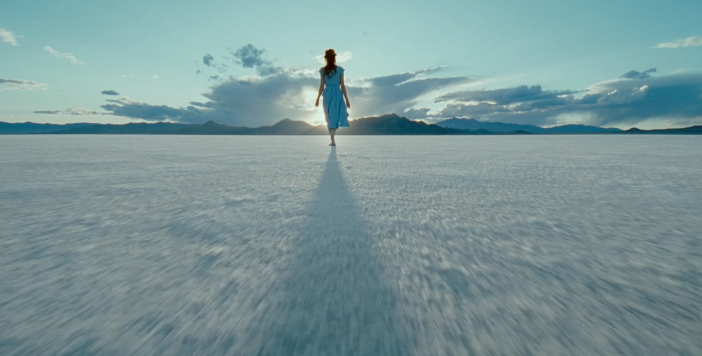 A Discussion with Film Critic and Editor of The Dissolve, Scott Tobias

The Dissolve, a film focused website produced by Pitchfork Media, will go live sometime tomorrow. When it does, Scott Tobias will serve as the editor of the highly anticipated Chicago-based publication. Last week Movie Mezzanine sat down and spoke with him about the upcoming outlet, the proliferation of film criticism, and an assortment of other topics. We hope you enjoy the discussion below.

Let’s start with the basics. How did you get into film criticism?

Believe it or not, this is what I’ve wanted to do since I was a teenager. I never wanted to make movies, but I always felt a strong impulse to argue about them and write about them. I got a job as an usher– and later, projectionist– at a multiplex in Kennesaw, Georgia when I was 16, and that was it for me. I started watching movies voraciously and reading all I could about them. That accelerated in college at The University Of Georgia, where I was a projectionist for the campus repertory theater, helped program movies for that theater via Cinematic Arts, did a radio show on film called The Film Thing, and write for the student newspaper, The Red And Black, during my junior and senior year. My first review: Cop And A Half, with Burt Reynolds. It was a pan.

That’s right! Siskel was in disbelief.

A very famous exchange. Siskel compared him to Santa Claus. I remember that clip was part of a special show they did called “You Blew It!” where they brought up examples of where the other had missed the boat. I always thought a more interesting show would have been “I Blew It!,” where they admitted when they got an opinion wrong. We all do. I think it’s important not to etch your opinion in stone, even though publishing reviews have a way of doing that for you. 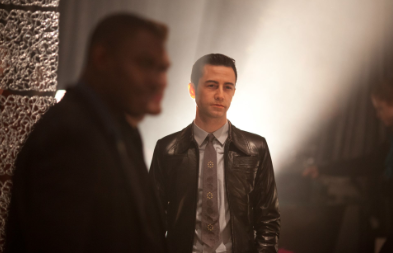 I think the critic has to be honest with themself. If you see a film again, you have to be willing to potentially change your opinion. New experiences, new interpretations. A recent example for me would have to be Looper. I saw the film at TIFF — I think you were probably in that same early screening — and it was the first film of the festival for me, and I didn’t like it. Afterwards everyone ran upstairs and started filing their love letters for Johnson’s latest. And there I was, typing away at my mixed/to mostly negative review. The piece ran, and it was my first review to be published on Rotten Tomatoes. The remarkably mean commenters of RT came running in. Spitting ad-hominem attacks, deeming my review “stupid” and “illogical.” They were defending a movie they hadn’t even seen yet! I digress. I caught the film when it came out in theaters a month later and loved it. Do you have an experience like that?

Definitely. Festivals can be really tricky in that regard, because when you’re watching four or five films a day, filing every night, and not getting much sleep, you process things differently than you would on terra firma. I can remember going to the Sundance Film Festival for the first time in January 2001 and perhaps my excitement led me to wildly overpraise movies like Todd Field’s In The Bedroom and a documentary called Southern Comfort, which won the Grand Jury Prize. Both good films, but I went a little overboard. The biggest non-festival whiff I can remember is my unqualified rave for American Beauty, a film I can’t abide now. I think Conrad Hall’s cinematography is still astonishing, but Alan Ball’s writing gives me the hives.

Festivals are indeed tricky — and are really a terrible, terrible way to process art. Strangely, that’s a film that still holds up for me (American Beauty). Though I could do without the plastic-bag.

Yeah, though the plastic bag thing has held beautifully for over a decade as a joke I make whenever I see a plastic bag floating around.

… and God knows life is all about the lasting jokes. Speaking of jokes … modern film criticism (joking, joking, joking)

Before we get permanently off-track, what’s your take on the state of modern film criticism? The Golden Age?

I don’t think many would claim this to be The Golden Age of film criticism, though I’d argue that A.O. Scott and Manohla Dargis are as good a one-two punch as any publication has ever had. Perfect combination of intelligence, scholarship, and the ability to turn a phrase.

Democracy, I suppose. Ideally, we’d have both a lot people writing about movies and a lot of people getting paid a living wage to write about movies. Currently, we have a lot of the former and little of the latter. When we announced The Dissolve, James Rocchi joked on Twitter that it was like spotting a unicorn at the Safeway. We don’t take for granted what a rare opportunity this is for us. I wish the same for many others.

He’s right, The Dissolve is a unicorn at the Safeway. How is your outlet aiming to separate itself from the rest of the pack?

Hopefully in the breadth and the depth of our coverage, and a seasoned staff of writers who know how to write about film in an intelligent, accessible way. Pitchfork has given us the resources to be ambitious and the freedom to create the site as we see fit. All along, we’ve been talking about this site as “a playground for movie lovers,” and we want it to be as expansive as possible. That means not only long-form reviews and interviews, but features on short films and midnight films, and lots of retrospective pieces that freely explore a century-plus of movie history. We’re really not putting any limits on what we can do here and we hope to have fun with it and open up the conversation. One other thing that will set us apart: Design. Pitchfork’s design and development team is really brilliant and innovative, and it’s going to be a thrill for us to have our work framed in a dynamic way.

We hope so, Sam. It’ll be euphoria for us, and I guess we just have to hope it’ll be euphoria for other people, too. The great thing is that we get to build this site from scratch with the full support and confidence of a great and truly independent company. It’s the opportunity of a lifetime for all of us.

I can only imagine. Before there was The Dissolve there was The AV Club. You and many other senior editors/writers left the Chicago-based outlet for your new Pitchfork home. Why was that?

There were some differences over editorial direction at The A.V. Club, but really– and I can only speak for myself here– I’d have left Onion, Inc. for this opportunity even in my happiest years there. And I had plenty of happy years. As much as I regret leaving a lot of talented people behind—including Alex Dowd, who’s doing great in my old job– Pitchfork has great integrity and influence, and the chance to do a “Pitchfork for film” opens up all kinds of exciting possibilities. All of us, save Matt Singer, have worked together for a long time– most between 13 and 16 years– and it’s fun to think about doing something new. When I was starting out, I always thought the pinnacle of the profession would be getting a job at The New Yorker or The New York Times, but this is better– something so great that we needed Keith Phipps to imagine it for us.

Also, I think readers are capable of enjoying both The Dissolve and The A.V. Club. I can say upfront that our TV and music coverage will be seriously lacking.

I’m going to make the assumption that was your attempt at a joke.

Yes. Just making the point that The A.V. Club covers a lot of different things very well. Our focus is limited to film.

Ah, I see. Will you be here all week?

I do enjoy making jokes on the Internet.

Two question before you have to go: The first is one a lot of critics answered in a CriticWire survey by now your Matt Singer. What advice would you give to all those aspiring film critics?

My practical advice is that it’s a very tough profession that just keeps getting tougher, my present circumstances aside. I’ve seen a lot of superb critics fall from well-paid staff positions to having to scramble for freelance work and others who have simply departed for another profession. Getting work is hard and often not very lucrative, and many great critics get deposited cruelly at the end of the line. That said if you must, I think you need to pay your dues, which means watching movies voraciously and writing about them for little or no money until you get good and catch a break. It’s clear that blogging about film or writing reviews for Internet sites is a path many are taking now, but I started in student newspapers and really valued the responsibility of writing for an editor and for a broad readership.

Do you see yourself doing this for the rest of your life?

I hope so. I don’t really have a Plan B. But as I said before, even veteran critics have been dealt a cruel hand deep into their careers. It’s not the type of job that ends with the gold watch. Personally speaking, I’m happy to have married a great woman in a less insane profession.

Same thing as when I was a teenager: I love watching movies and I love arguing about them. That hasn’t changed, and the new gig has me as energized about the job as any other time in the 15 years I’ve been doing this professionally.

For your reading enjoyment, Scott Tobias decided to play along with the concept created by Dana Stevens in our interview with her a few months ago. Below is a note and a list of films that Tobias would like to be played at his fictional post-mortem film festival.

“To play off Dana Stevens’ idea of a “post-mortem film festival,” I’ve decided to limit myself to favorite movies that everyone at my funeral might plausibly be willing to watch. This includes relatives with an at-best casual interest in the medium I loved before cancer or a car wreck or a bite of poisonous blowfish so cruelly took my life. In other words, the Marx Brothers are in and Jeanne Dielman is out. And let’s pretend that some of them can’t read, so we’ll limit ourselves to English-language films only. Here’s one film per decade, starting with the 1920s.”

The Night of The Hunter

Once Upon A Time In The West

Fast, Cheap, & Out of Control