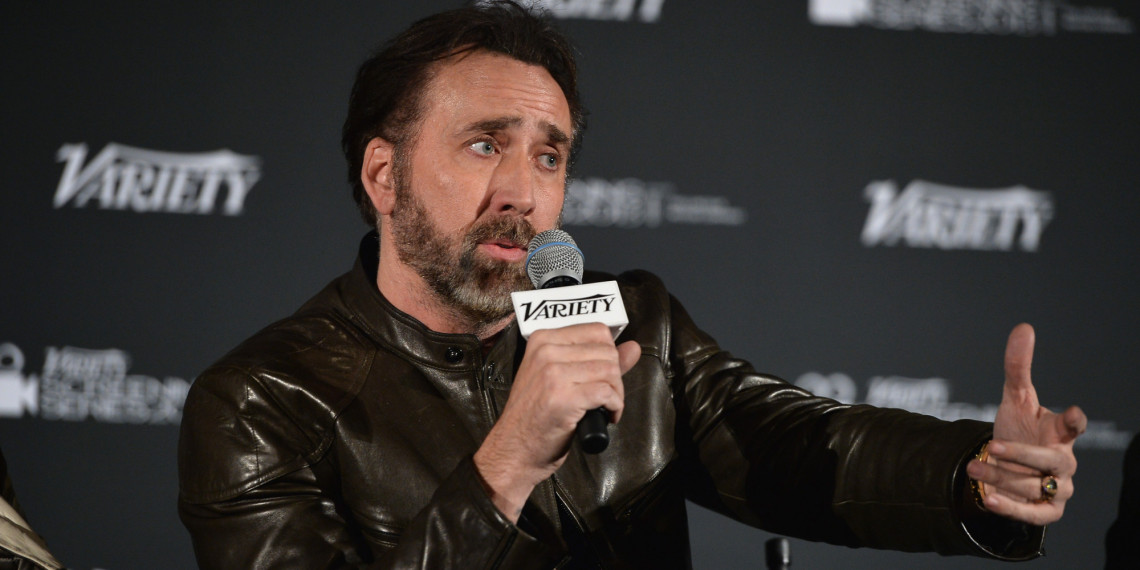 A Brief Reminder: Nicolas Cage Is A Great Actor

When Nicolas Cage appears in a trailer, audiences cringe before he opens his mouth to utter even a single word. They don’t remember the solid actor from Moonstruck, Raising Arizona and Leaving Las Vegas, or even the blockbuster mode Cage from the National Treasure series or Con-Air, all they see is the man screaming “Not the bees!”

Yes, Nicolas Cage appears in bad films, but is there an actor/actress who hasn’t? For all of the award nominations and critical acclaim that Meryl Streep has, she was also in She-Devil starring Roseanne Barr. No one is above a bad movie. What Cage does that other actors don’t is he firmly plants himself into the material, going haywire for maximum entertainment value. He certainly could have been more muted in The Wicker Man remake, but would that have made the film any better? Hardly. Yet, by going fully insane for the conclusion of that film, Cage elevates the material from forgettable thriller into camp masterpiece.

One could argue that the over-the-top mannerisms that Cage has become famous for are more distracting than anything else, but that is not proof that Cage is a bad actor. Hear me out before bursting into laughter, in terms of bringing passion and dedication to a role, Nicolas Cage is second only to Daniel Day-Lewis. Granted, Day-Lewis does far fewer projects and nearly all of them are successes, but it’s not difficult to imagine a man of his background going fully method even for something below his talents. Nicolas Cage probably doesn’t seek out to make an awful film, though if he is in a bad movie then why not make it something to remember. Lawrence Olivier had the same habit when he appeared in drek.

In the last ten films Mr. Cage has been involved with only two have a rating of fresh on Rotten Tomatoes, last year’s animated feature The Croods and the upcoming David Gordon Green picture Joe. Joe marks a transition for the actor beleaguered with awful projects. Early response to Joe from festivals have gotten rave reviews, Nathan Rabin of The Dissolve called the film “a potent reminder of what a great actor Cage can be.”

Nicolas Cage has never been a bad actor, but the number of poor movies he has been in recently has blinded critics and audiences to the fact that he is a talented performer. The man who played his own twin brother with such depth and aplomb as he did in Adaptation couldn’t possibly be as talentless as the direct-to-DVD films would make you believe. Matthew McConaughey went through a very similar stretch when he got stuck in the purgatory of modern day romantic comedies, but when he did eventually come out of it he turned in a stretch of work that blew away moviegoers and actors alike. There is no doubt in my mind that Cage could do just as much with a fresh slate and one good film to start that fire.

A career renaissance would be spectacular to see from the man who once took him a Best Actor Oscar for Leaving Las Vegas nearly 20 years ago. Joe looks like it will be good enough to give the former Raising Arizona star a boost. One only hopes that casting directors will be as kind.