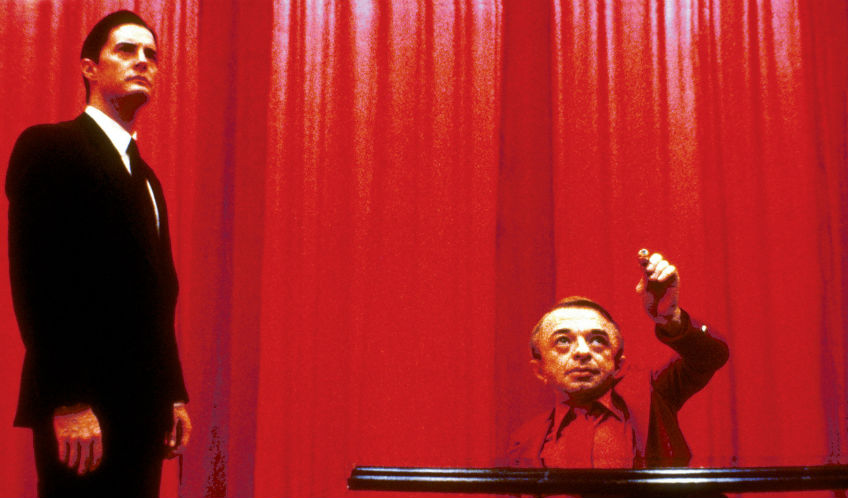 Twin Peaks is one of the most influential television shows of all-time, having inspired countless subsequent series and effectively changing the way TV is made and how culture understands and interacts with it. Thanks to David Lynch, Mark Frost, the other writers, and everyone else involved, TV has never been the same. With the release of Twin Peaks: The Entire Mystery on Blu-Ray, with 90 minutes of deleted scenes from the prequel to the series, Fire Walk With Me, and much more, plus the series’ availability on streaming platforms, the show is more popular than ever.

Twin Peaks’ influence has reached far beyond TV in the decades since its cancellation. Naturally, it spread into the cinematic world quickly and in many different ways, as filmmakers surely responded more to certain aspects of the series and incorporated them into their projects. And there was much to mine from: the who-killed-Laura-Palmer mystery, the town full of well-written and eccentric characters, the grotesque darkness and horror juxtaposed with the goofy humor, the surreal vibe and dream sequences. Here are some great films that borrowed well.

Like any modern filmmaker that dabbles in the surreal, Richard Kelly is a man informed by the Lynchian model of dreamlike imagery. Middlesex, Virginia is made to feel like it is swathed in mystery. When it comes to straight homage, it is rather clear through the content and style of our introduction to Donnie’s high school that we are meant to recall the scene in Twin Peaks: Fire Walk With Me that introduces us to Laura Palmer’s school. Both sequences even end with someone snorting some coke. Grandma Death is basically the Log Lady. And Frank, of course, might as well be a representative from either the White or Black Lodge, depending on your interpretation.

Edgar Wright’s Cornetto trilogy shares some DNA with David Lynch, but Hot Fuzz stands out with its small village full of peculiar but seemingly innocent citizens that are hiding something sinister. While of course primarily a satire of action films, much is made of the townspeople’s peculiarities, from their bizarre focus on the “greater good” to their insistence that crimes don’t really happen here and generally go unpunished. Once the village’s true colors are revealed, the parallels to Twin Peaks and its citizens’ secrets becomes more apparent. Hot Fuzz, as the only straight up comedy on this list, also shares Peaks’ goofy humor (like swan chasing).

David Fincher undoubtedly owes a lot to David Lynch. He could be considered the more cold and calculated version of him. His direction style has always been at least somewhat influenced by Lynch, from the psychological horror and grimy look of Seven to the retro puzzle and surreality of Zodiac. But The Girl With the Dragon Tattoo shares much with Twin Peaks in particular. Mikael Blomkvist is Dale Cooper, who moves into a new and strange place (the Vanger family’s compound rather than Twin Peaks) populated with eccentric characters, concealing secrets about the disappearance of a teenage girl. Both stories are also concerned with sexual violence and an investigation that fails to follow normal logic. And on a technical level, Fincher is one of the only contemporary directors who could arguably rival Lynch’s mastery of sound design.

David Lynch is at least partly known for his trippy dream sequences, especially those in Twin Peaks that take place in the Black Lodge. They have a particular style, utilizing a game-like structure where nothing seems to have a specific meaning and they begin to feel like ambiguous and abstract visual poetry. Formally, these sequences – especially the first one in “Episode 2” – follow that same baseline, with unusual camera angles, words and movements reversed, and red-tinted lenses. Darren Aronofsky must have been taking notes, because his horrifying drug trips in Requiem for a Dream follow the same “logic”, especially in its treatment (both narratively and formally) of Ellen Burstyn’s character, Sara Goldfarb. Aronofsky has since developed more of a unique voice, but many of his films recall Twin Peaks’ surrealism and dualities, most notably in Black Swan.

Todd Solondz’s’ depressing and oppressively dark film about Middle America may not at first appear to have very much in common with Twin Peaks, but it (like Hot Fuzz) shares what is perhaps Lynch’s primary thematic concern throughout his career: society’s dark underbelly. More specifically, the evil that lurks within a small, Middle American town, bubbling just beneath the surface and threatening to overtake everyone inside. As Roger Ebert observed in his review of Happiness, what both it and Lynch are saying is that this darkness is actually the norm. “In a film that looks into the abyss of human despair, there is the horrifying suggestion that these characters may not be grotesque exceptions, but may in fact be part of the mainstream of humanity.” Lynch has always been obsessed with duality and with hidden horrors, never more so than those behind white-picket fences in Blue Velvet and Twin Peaks. Both he and Solondz seem to suggest that the facade is pointless – perhaps we should embrace our collective darkness, or least stop lying to ourselves about it.