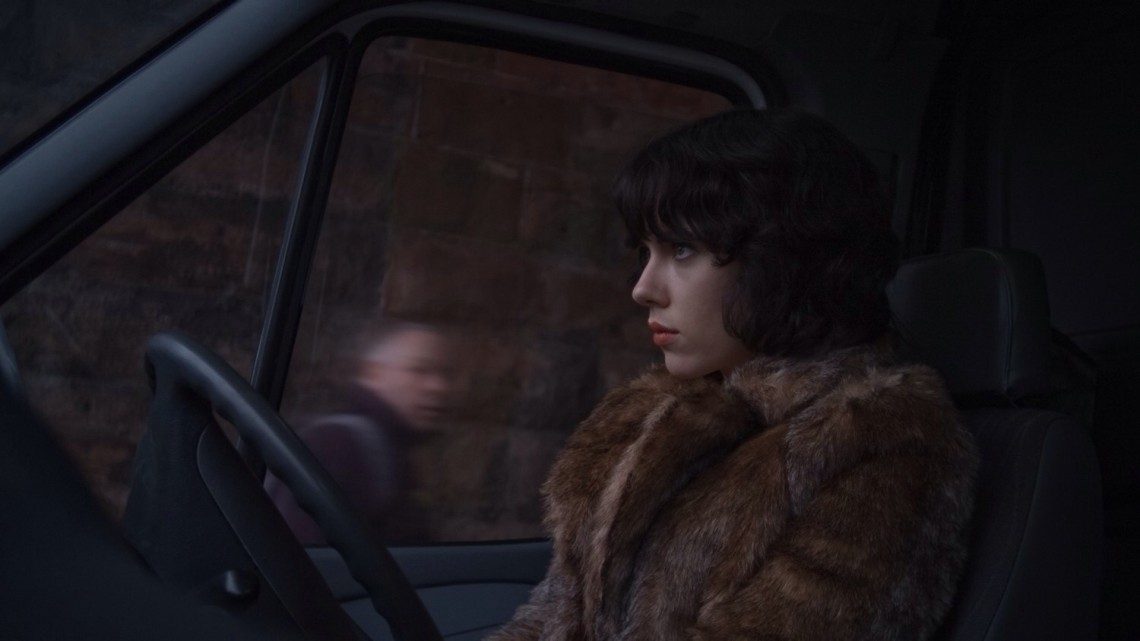 “Under the Skin”: Extraterrestrial Earth

J. Hoberman said of Eraserhead: “[It’s] not a movie I’d drop acid for, although I would consider it a revolutionary act if someone dropped a reel of it into the middle of Star Wars.” Those comments could just as easily apply to Under the Skin. Jonathan Glazer’s latest film isn’t a radical conscious-altering cinematic experience; it’s not a movie worth dropping acid for.

If you’ve seen an experimental film or three – hell, even if you’ve seen some music videos and a couple Tarkovsky movies – then there’s nothing here that’s going to drive you to reconsider what cinema can be. But Under the Skin still feels the work of a radical. Or, at least, it feels that way when it’s playing across the hall from the latest Captain America movie.

The reason it feels that way is because Under the Skin doesn’t have an according-to-Hoyle plot; rather, it just has a loose, ambiguously defined emotional trajectory. Here’s what the text of the film makes clear: Scarlett Johansson plays an externalization of an alien consciousness, dropped onto our planet for the purpose of capturing men. As for what happens to those men… well, that’s not so clear. They’re brought into a pitch-black, otherworldly zone, submerged in a gooey liquid, and seem to have their innards sucked out.

All the while, other men on motorcycles zip around ominously, overseeing Johansson’s work, their role in the process never defined. There’s clearly a narrative here, but the editing purposefully obfuscates it, hanging on evocative visuals and emphasizing disconcerting sounds instead. Glazer’s trying to see the world anew, through unemotional, unsentimental eyes. He elides all opportunities to provide exposition, focusing on presenting the world as an alien invader might perceive it instead. 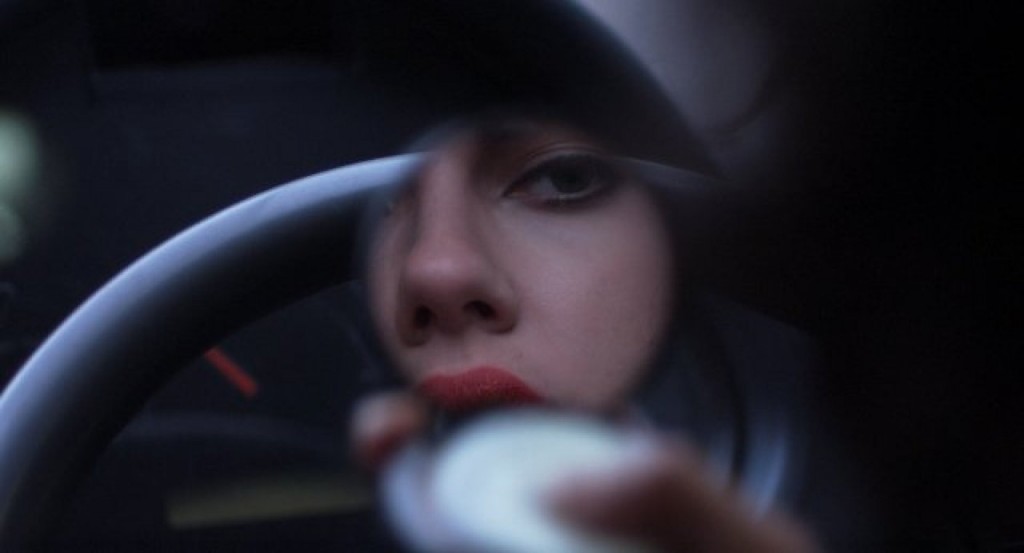 What this allows him to do is to create an anthropological study of human behavior as seen from the eyes of something inhuman. It’s not a profound concept, but it’s a visually invigorating one, one that artfully dramatizes the smallness of our behaviors and our concerns. Many of his frames watch from on high as numerous faceless individuals, surrounded by brand logos and retail outlets, criss-cross among each other, running to-and-fro across city streets.

Johansson watches, confused, as we humans sprint feverishly across a mall. She listens, puzzled, as a radio commenter treats the disappearance of a child and the occurrence of the Ryder Cup as equally important news bites. Shopping, eating food, having sex, watching television – everything normative is presented here as a strange, unexplained concept. Some of Glazer’s compositions even look like a security tape ripped from CCTV. This is a scare-flick that uses the rituals and behaviors of human nature – so standard to us, so foreign to Johansson’s alien – as its monster.

Under the Skin opens on an eyeball. Its prologue watches as the cornea and the retina and all the other elements come together, like planets aligning, crafting a tool for Johansson’s sight. That’s what Glazer’s film is really about, more than Johansson’s character’s eventual psychological transformation into a more human being. This movie is about our eyes, it’s about how we see things, and about how we process those things when they’re presented from a new perspective.

It’s about breaking cinematic preconceptions, even if most of the people who will end up watching it will probably already have had their’s broken. Glazer hasn’t crafted any images we haven’t seen before, but the form of this film will still be alien to some viewers, and his interest in crafting such a form clearly outweighs his interest in crafting a coherent narrative or a particular subtext. This is a movie that explicitly challenges the passive way we watch most narrative movies.  Under the Skin isn’t a classic film, or one worth dropping acid for. But splicing 20 minutes of it into The Winter Soldier would definitely constitute a revolutionary act.