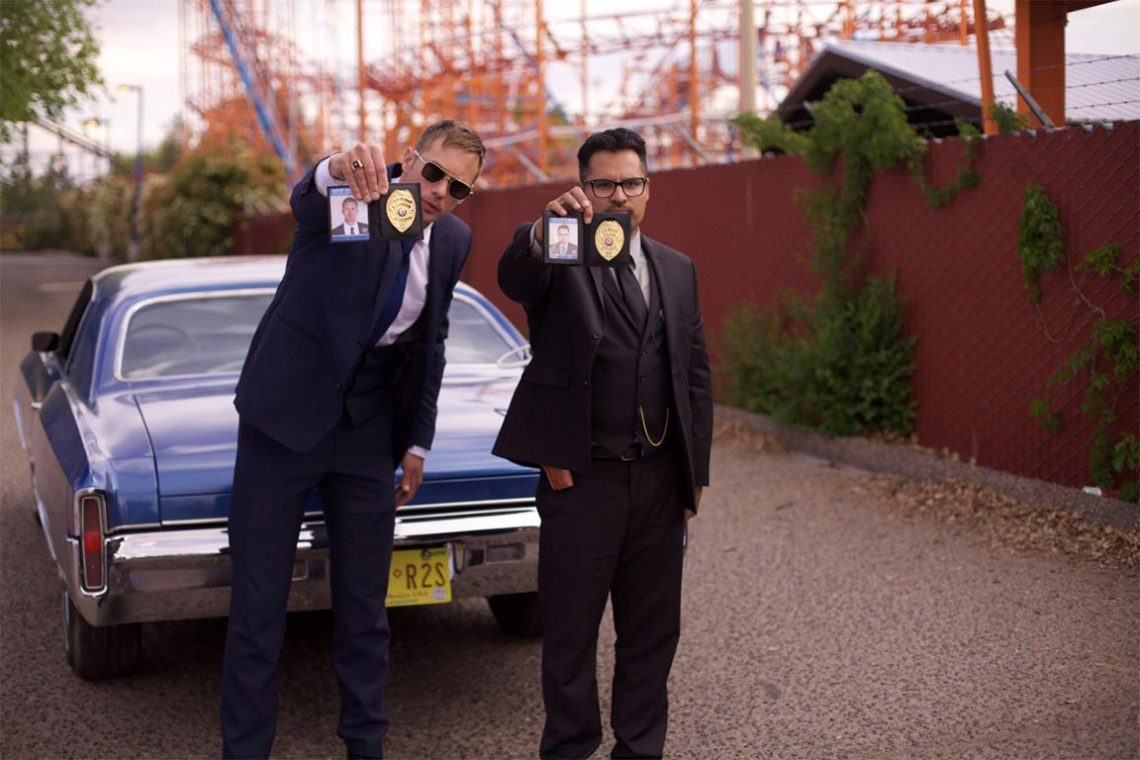 It’s no secret that buddy cop films largely depend on the chemistry of the leads and not much else. They tend to feature a purely functional plot and colorful supporting characters that mostly distract from the obvious reality: the film exists so the two heroes can crack wise and kick ass. However, it’s somewhat unusual for a buddy cop film to make these tropes textual, not as meta-commentary but solely to be upfront about going through the motions of “story” and “character development.” John Michael McDonagh’s War on Everyone panders to its audience and flatters itself by leaving most of the genre’s obligatory pleasantries by the wayside. It’s about two gleefully corrupt cops (Alexander Skarsgård and Michael Peña) who remain gleefully corrupt until the very end while a bunch of nefarious, ultimately irrelevant stuff happens in between. Don’t say you weren’t warned.

Credit where it’s due: War on Everyone mostly has the courage of its convictions. McDonagh doesn’t make the audience watch Bob (Peña) and Terry (Skarsgård) run over a mime for his cocaine, plant false evidence on an informant, commit violent assault, and then force them to watch a ham-fisted third-act change of heart. It’s a halfway nihilistic film, both about the inherent nature of authority figures who dole out state-sanctioned violence and the world that produces such people in the first place. But McDonagh doesn’t go to the trouble to actually explore those ideas, preferring to adorn them on the action to provide the illusion that there’s more than meets the eye. But if it quacks like a duck, it tends to be a duck, even when the duck also spouts forced references to Virgil and Steven Soderbergh’s Out of Sight.

Of course, War on Everyone isn’t completely nihilistic, as that tends to be a bridge too far for artists and audiences alike. Amidst all the “police work,” Terry falls for a woman (Tessa Thompson, in a predictably thankless role) and eventually adopts a young kid caught up in a nasty crime scene. Eventually, Bob and Terry learn that the kid was sexually exploited by the heist-running gang they’re after, led by an affected Brit with a violent streak (Theo James). This supposedly provides the film sufficient moral cover for Bob and Terry’s actions, but it nevertheless reads as a flimsy excuse on McDonagh’s part to have his cake and eat it too, especially since it arrives in the last 20 minutes. It’s easily the most disappointing part of a decidedly mediocre film. Don’t give your duck a conscience out of laziness and/or guilt; give it one because it deserves it.

With that said, the leads acquit themselves quite well, especially Peña, who acts like he’s having the time of his life. He soaks up every shit-eating grin, every ounce of sarcasm, and every profane rejoinder like his life depends on it. McDonagh has a way with words, not like his brother unfortunately, and both sell the hell out of a grab bag of one-liners and contrived cheeky genre references. (Cue all the groans for the words “cop-informant dialectic.”) Skarsgård isn’t as good, but he and Thompson are mostly fun together and he plays a good drunk. There’s also a scene when his character gets shithoused in a club while R.E.M.’s “Burning Hell” blares on the soundtrack, which is pretty cool.

But it can’t make up for all the tired, overwrought Tarantino-esque traits that only Tarantino (or maybe Guy Ritchie in his very best moments) can pull off with any sense of verve or style. This includes, but is not limited to, shoehorned pop-culture references (this time Glen Campbell and Philosophy 101 texts are the main culprits), deadpan cruelty, casual racism “balanced out” by self-aware acknowledgments of said racism, and long monologues that precede graphic violence. By the end, all the scenes blend together so nothing really stands out besides the occasional funny line and Paul Reiser. Someone could easily take McDonagh and his film to task for its flippant approach to police brutality (Terry saying that he became a cop because you “can shoot somebody for no reason and nobody can do a goddamn thing about it” in the middle of sex with his black girlfriend leaves a very sour aftertaste), but the film simply isn’t good or bad enough to expend the energy. It’s just a duck that eventually stops quacking. 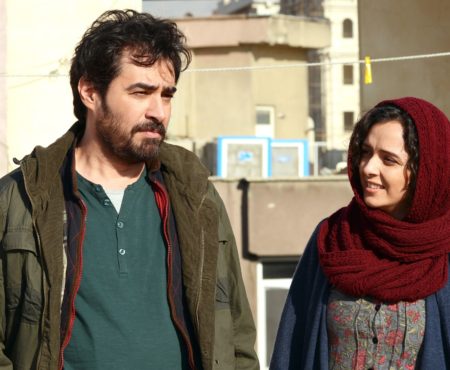