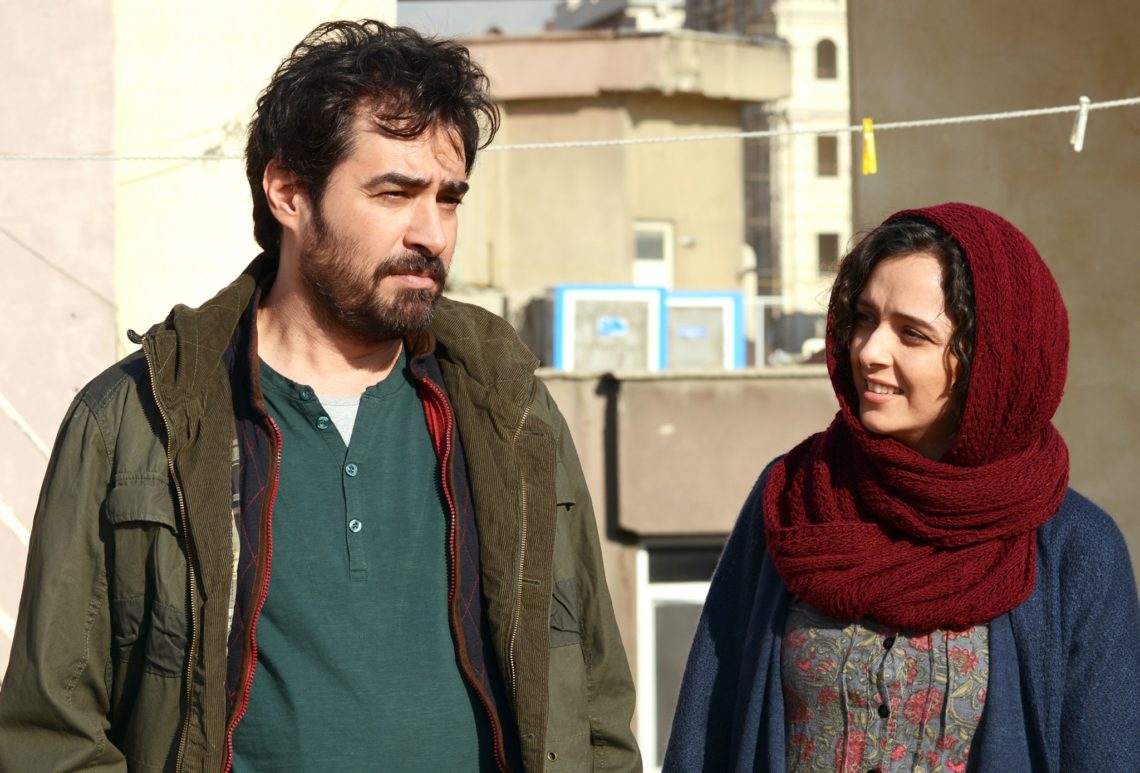 Mallory Andrews writes about Asghar Farhadi's new, Oscar-nominated film "The Salesman" and the purpose of winning the award.

I’ve often thought that the only people who care less about the Academy Awards than film critics and Oscar pundits, both of whom annually sound off on each year’s round of nominations, are the Oscar voters themselves. If we give up the conceit that “Oscar-worthy” is not tantamount to any standard metric of quality, then what is the purpose of the Academy Awards? Or rather, leaving the self-congratulatory ceremony out of the equation, what is the virtue of winning an Academy Award if not as a marker of quality? It’s cliché to say that Hollywood is nothing if not a business, but it still seems to be difficult for the average commentator to fully acknowledge that in this business, being an Oscar winner is a form of cultural capital. It’s the reason why #OscarsSoWhite has been and should continue to be such a hot topic (even in a year with a higher-than-average number of black nominees, other POC groups are still woefully underrepresented). While it’s not always the case, there can often be a political dimension to consider when discussing what makes a film award-worthy.

Asghar Farhadi’s The Salesman, nominated this week for Best Foreign Language Film at the Academy Awards (the second nomination for Farhadi after winning in 2012 for A Separation and the third for Iran overall), opens stateside this weekend. Farhadi’s roots as a playwright and radio scriptwriter have always been evident in his work, with sequences playing out as Harold Pinter-esque two-handers with characters who seem to speak their minds while concealing what they really mean. But with The Salesman, Farhadi foregrounds his dramatist origins, inserting a community theatre performance of Arthur Miller’s Death of a Salesman into the story. The two actors playing Willy and Linda Loman are Emad (Shahab Hosseini) and Rana (Taraneh Alidoosti), a husband and wife recently ousted from their apartment complex following an evacuation necessitated by ongoing construction on a neighboring property. Taking up residence in a newly vacated flat owned by another actor in the company, the couple become violently intertwined with the vestiges of the apartment’s mysterious former tenant.

Like Paul Verhoeven’s Elle, Farhadi’s The Salesman is a thorny take on life in the aftermath of an home invasion and assault, never fully explicated in dialogue as rape but unmistakably eluded to in the protagonists’ actions and reactions (that Pinter-esque dramaturgy at work). It’s a slow burn of marital tension, playing out as Farhadi’s variation on a rape/revenge cycle that ends spirals out into dissatisfaction rather than justice or honor.

Does The Salesman deserve an Oscar? By merits of quality and stacked against this year’s other contenders in the foreign film category (Maren Ade’s Toni Erdmann especially), probably not. The thematic integration of scenes from Death of a Salesman into the breakdown of Emad and Rana’s marriage don’t always fit together comfortably, save for perhaps the final scene between the pair, echoing Linda Loman’s ironic final refrain (“We’re free and clear, Willy….we’re free…we’re free…”). And the resolution of Emad’s revenge-fueled search for his wife’s attacker, while purposefully dissatisfying, does not do so in a way that is particularly interesting or thought-provoking.

Should The Salesman win an Oscar? By merits of political and cultural clout, yes. It’s undeniable that Farhadi’s win for A Separation was a bestowment of cultural capital, pushing the filmmaker into the international limelight and turning him into a globally recognized Iranian auteur alongside Abbas Kiarostami and Jafar Panahi. The news of this year’s Academy Award nominations have since been overshadowed by far more serious current events, namely the announcement that the new White House administrations would take steps to restrict immigration from “certain” (read: Muslim) countries, including Iran. What an act of artistic and political defiance it would be to award Farhadi in the face of such brazen Islamophobia. And to those who would argue for the supposed integrity of Oscar gold: crassly commercial Hollywood awards-giving bodies have never been artistically pure. Besides which, there is always virtue in advocating for institutional power to be wielded for good.