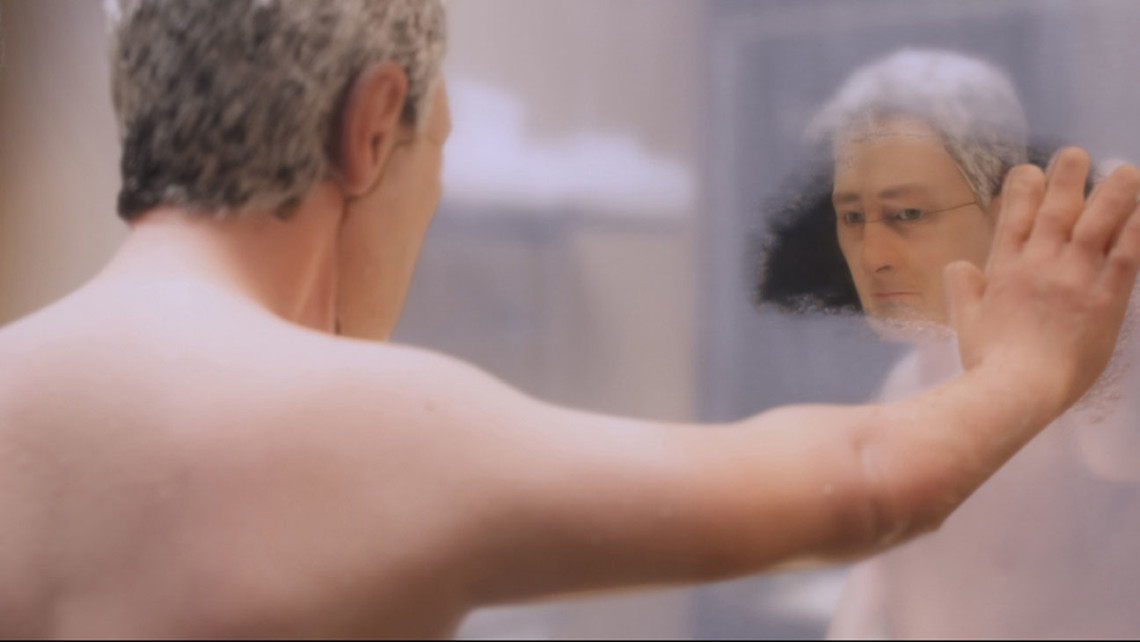 With his directorial debut, Synecdoche, New York (2008), Charlie Kaufman, one of contemporary cinema’s most distinguished screenwriters, undertook no less grand a task than articulating the way we all live our lives. Funneled through the mind’s eye of theater director Caden Cotard, Kaufman analyzed the way we try to realize our dreams, the way we are disappointed when reality doesn’t live up to expectations, and the way we try to channel our joy and despair through art. It was all there. It was his most ambitious work to date and, to these eyes, his most profoundly moving.

How to follow up such a monumental, existential work? Well, seven years later, we now have the answer in Anomalisa, which sees Kaufman inevitably scaling down from the heights of Synecdoche, but also trying out some new things. In lieu of portals into actors’ minds or operations to erase memories, Anomalisa has a purely visual framework supporting it: stop-motion animation. Yes, this is Kaufman’s first attempt at an animated work (thus why he brought in co-director Duke Johnson, who has worked with stop-motion animation in previous short films), and all by themselves, the digital marionettes that populate the film give the whole an inherently eerie texture even in the most mundane of situations.

Instead of contemplating a character’s whole life story, we are presented merely a précis: 24 hours in the life of a successful and married yet lonely and depressed author and motivational speaker, Michael Stone (voiced by David Thewlis). And, to some degree, Kaufman has dialed down the surrealism—notwithstanding one dream sequence and a few flourishes here and there, Kaufman’s latest remains rooted in reality, without any of the fantastically head-spinning conceits that characterized his earlier screenplays.

Following more than just a stylistic whim, Kaufman and Johnson make these puppet designs as poignantly expressive as they are superficially striking. Note, for instance, the ridges around these characters’ faces that make them look almost like masks—fitting that, in the aforementioned dream sequence, Michael’s jaw falls off his face, exposing the mechanical sinews underneath. And then there are the wide eyes—perpetually downtrodden in Michael’s case and shy yet eager in the case of Lisa (Jennifer Jason Leigh), the equally lonely young women Michael meets at the hotel on this one night.

Kaufman’s cinematic invention doesn’t stop with the marionettes, however. The film opens on a black screen with a crescendoing pile-up of tone-varying voices, all of them belonging to one actor, Tom Noonan. This is merely a prelude for the rest of Noonan’s vocal performance—or, rather, performances, since Noonan, it turns out, voices every supporting character in the film except for Michael and Lisa. But again, this isn’t a mere cheeky artistic impulse, but part of a larger vision acutely tuned into Michael’s current state: an existential despair in which everyone begins to sound the same. No wonder Michael perks up when he suddenly hears Lisa’s singular, mellifluous voice passing by his Cincinnati hotel room—not only a stark contrast to the preponderance of Noonans surrounding Michael, but, as it turns out, a possible key to Michael’s salvation from his psychological funk.

What follows after Michael pursues Lisa’s dulcet tones is…well, a one-night stand between the two, basically. But, as befitting the intimate tenor of Kaufman’s film, the sex that follows between them is as far from the jokey puppet intercourse of Team America: World Police as possible. Here is sex in all its realistic awkwardness—occasional bumps on the head, moments of pain, and all—but it’s clear these two share a tender emotional connection beyond the merely physical. This is especially so in the case of Lisa, a customer-service representative who hasn’t had a romantic relationship in eight years, and who is plagued by low self-esteem—as is Michael, professionally accomplished yet unhappily married and seemingly full of regrets (which is mostly clearly represented by a letter and a subsequent encounter with an old flame he apparently walked out on). For both of them, this romantic encounter represents a deliverance from everyday drudgeries, a rare ray of light from an otherwise endlessly gray existence.

And yet, as is often the case in his films, Kaufman’s characters can’t always get out of their own way. Like the similarly self-pitying Caden in Synecdoche, Michael Stone is, in many ways, responsible for his own depression, and Kaufman refuses to let him off the hook for it. This is most devastatingly conveyed in the breakfast the morning after Michael and Lisa’s tryst, in which another expression of Michael’s general ennui comes to light. Even before that moment, though, we are already given glimpses of the real Michael: the micro-managing martinet who already finds himself being unable to stand, say, Lisa’s habit of eating with her mouth full.

By the end, after a disastrous speech in Cincinnati, Michael has returned to his loveless Los Angeles family home, the hook-up merely a distant memory, with only a grateful letter from Lisa offering anything by way of a memento. As small-scale as it may be, Anomalisa is no less bleak in its wider implications than Synecdoche, no less unsparing in its unflattering view of its anhedonia-ridden protagonist. But as with the greatest works of art, Kaufman’s film transcends its depressive trappings and becomes genuinely enlivening in its clear-eyed vision, its hints of absurdist black humor, and the exuberant imagination with which it puts across its bittersweet worldview.

One thought on ““Anomalisa” Is A Genuinely Enlivening Work of Art”