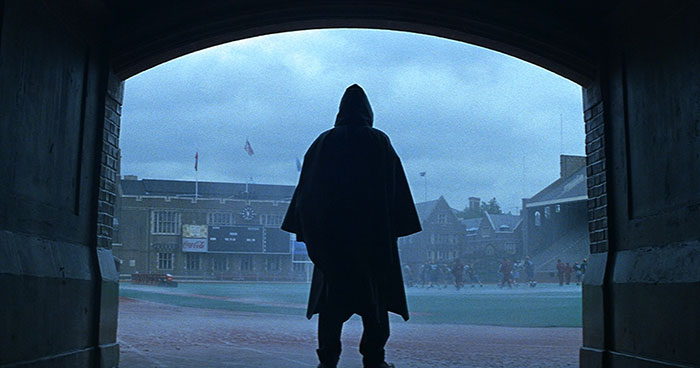 M. Night Shyamalan’s name has literally become laughable. A director once anointed as a promising auteur, has now had many revoke that status from him. In the words of Nick Schager’s recent piece at The Village Voice, Shyamalan is now seen by many as “just another director.”

He shouldn’t be. At least not yet. His auteur status has always felt like it was more a result of his technical and visual flourishes than any embedded (non-twist) fixations in his work. And yet Shyamalan’s films have all obsessively revisited very particular, dominant themes. The reason he still remains an auteur – in spite of the homogenization of his style and the not-so-gradual atrophy of his work – is that those preoccupations have remained consistent. Which is why even if the director’s last films sometimes necessitate an act of masochism to watch, his continued circling of familiar tropes nonetheless keeps them interesting.

Here then is a list of some of the major recurring motifs that have always haunted M. Night Shyamalan’s work and continue to do so, and ensure he remains an interesting auteur – if not a good one.

The Omnipresence of Death
“If he dies, all that is life within me will die with him” (The Village)

Death is everywhere in the worlds of M. Night Shyamalan. It’s not just a narrative stake hovering over his characters’ lives, but is a force that has or will directly impact them. Death either finds them immediately in the director’s films (Willis’ death in The Sixth Sense, the train crash in Unbreakable, the child’s funeral in The Village, the first outbreak in The Happening), or has found them in their lives before the film (the dead wife/mother in Signs, the murdered family members in The Village, The Lady in the Water and The Last Airbender). Shyamalan continually introduces death as a violent tear in the status quo of his characters’ lives not just because he’s interested in the emotional wounds it leaves, but because he’s even more interested in how people heal, move on, and change in the face of it.

Family units are always initially broken in Shyamalan’s movies. Whether it’s because someone was lost (see above) or not, they’re always cracked – divided, unable to talk to each other, understand each other, or form a functioning loving unit. They’re families in trouble; on the verge of falling apart. Cole and his mother are unable to talk to each other. David is estranged from his family and about to move away. The Hess family’s grief has them at ends. It’s a curiously pervasive child-of-divorce/Generation X anxiety that appears in Shyamalan films (who isn’t even a child of divorce). And like many of the crises presented in the director’s films, it’s one that gets neatly solved. Families – whether through what they experience or their own individual epiphanies – always fuse back together into a cohesive whole. 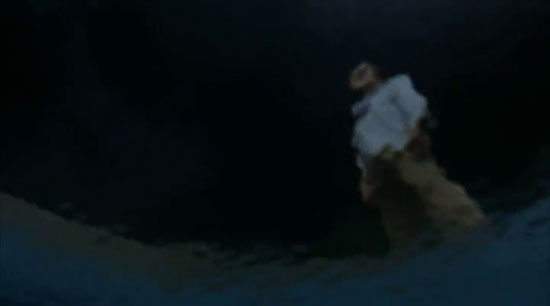 The Good and Bad of Water
“You have a weakness: water” (Unbreakable)

If the revelation in The Buried Secret of M. Night Shyamalan that the director nearly drowned as a child weren’t a hoax, it might explain why Shyamalan is so curiously fixated on water in his films. Instead, it only further emphasizes the recurring destructive force it plays in them. David in Unbreakable and Cleveland in The Lady in the Water almost die in pools. In Signs, Bo is perpetually paranoid about contaminated water which later on – as it does in The Last Airbender  – literally becomes weaponized.  Yet, water isn’t all bad in Shyamalan’s films. It’s still the Hess family’s salvation in Signs. In The Lady in the Water, Story’s water nymph is a messianic figure sustained by it, and the finale’s rainfall represents the metaphorical purification Cleveland foreshadows. So while Shyamalan may at times veer towards aquaphobia, there’s still an intriguing ying-yang relationship in how water in his movies is both destruction and salvation.

The Gift
“You have a gift” (The Sixth Sense)

Characters in Shyamalan’s films are always bestowed with gifts. Some have supernatural abilities, like Cole’s ability to see ghosts, David’s invulnerability, Aang’s avatar powers, and everyone’s latent skills in The Lady in the Water. Others have more everyday ones, like Malcolm’s talent for helping children, Graham’s ability to spiritually comfort people, Lucius courage and Ivy’s empowerment, or Elliot’s natural knowledge of science. Now, while Shyamalan’s films are linked by characters with gifts, they’re more importantly linked by the fact that no one is using them properly as their stories begin and must discover how they should be using them. Which brings us to this particular motif’s sibling…. 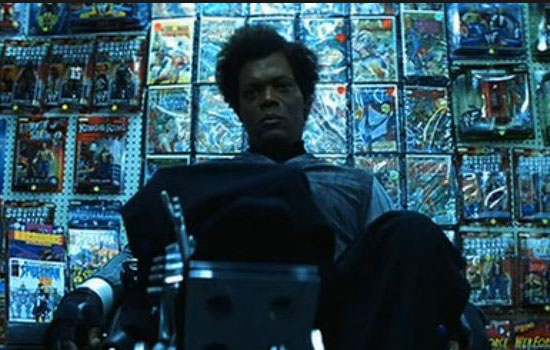 The Discovery of Purpose
“The scariest thing is to not know your place in the world” (Unbreakable)
“I just needed to do a couple of things. I needed to help someone” (The Sixth Sense)

The people that populate Shyamalan’s movies always start out lost. Something isn’t right. They’re in existential crisis. They don’t know who they are, and what they’re supposed to be doing. And as Shyamalan believes – and expresses through Story – “all beings have a purpose … this world is about finding your purpose.” These characters all discover their purpose through their gifts – more specifically, how to use their gifts properly. Because to Shyamalan there is only one proper way to use them: contribute to the greater good by helping others. In his films purpose is not just found as characters learn to accept their respective gifts, but by accepting that they are to be used to improve the lives of those around them. It’s why David no longer feels sadness once he’s accept his hero role or why Cole’s life improves when he starts to help the ghosts he once feared.

The Failing Father
“I’m so sorry I couldn’t protect you. I should have been there” (The Lady in the Water)

Every parent worries on some level about failing their children. If the films of Shyamalan – father of three daughters – are any indication, he’s no exception. In each of his movies there is a father (or father-figure) who is imperfect. They either feel they have failed (Cleveland, Malcolm), are failing (David), or are told they’re failing (Graham). They can be distant, struggling, wrapped up in their own personal feelings. But by the end of their respective films, in their respective ways, they all redeem themselves or reconcile with the children they let down. 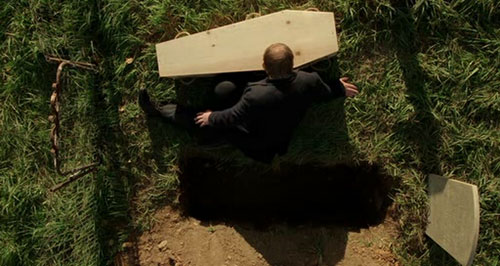 M. Night Shyamalan’s worlds are dangerous places. Beyond the artificial high-stakes of alien invasions, creatures in the woods, malevolent ghosts, monkey monsters and killer plants, his worlds are places where normal existence is punctuated with every day evil and violence. If you pique your ears and eyes, newspapers and broadcasts in his films are always talking about murder and war. Characters are always brushing up (literally, in the case of David in Unbreakable) against the day-to-day violence that hovers always just nearby. In his films, Shyamalan reflects a deep cynicism about the state of our real world and the violence that has creeped into its everyday fabric. He continually makes his worlds dangerous is because he believes ours is too.

The Second Chance
“I feel like I’m being given a second chance, and I don’t want it to slip away” (The Sixth Sense)

If there is any kind of umbrella motif one could use to house the others, it’s this one. Shyamalan’s films strongly believe that any obstacle on an individual level can be overcome if given another chance. If a life is destroyed by failure, the death of a loved one, the fissure of the family unit, or a loss of purpose, there’s always a chance to recover. No fate is sealed, irreversible or irredeemable. Given M. Night Shyamalan’s fall from cinematic grace, that notion may be one that he needs to believe in more than his characters.

What are your thoughts on the thematic preoccupations of M. Night Shyamalan?

2 thoughts on “The Thematic Preoccupations of M. Night Shyamalan”