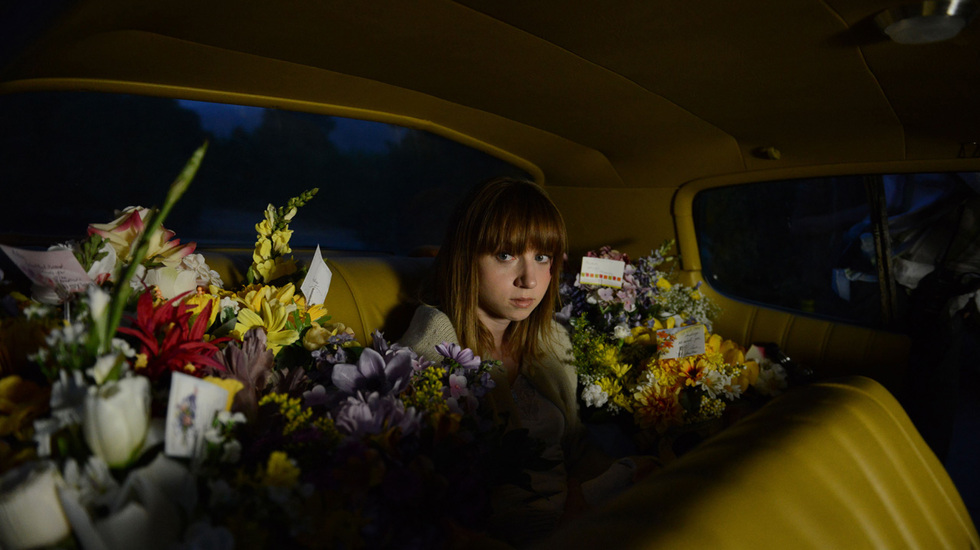 “The Pretty One”: An Original Film With an Unfortunate Identity Crisis

Practically coined as timeless catch phrases ready to be employed as self-loathing resources by the insecure and emotionally volatile youngsters of any given generation are questions and statements like “Who am I” “What am I doing here”” No one loves me” “Will anybody miss me if I’m gone?” and the list goes on. It is irremediably human to try to make sense of all this constant stimuli and ongoing events we call life. What is really surprising is that we still, as an audience, find certain plots related to these existential concerns interesting. At least that is what “The Pretty One” believes and sets out to conquer with its “mistaken identity” storyline. After all, if anyone has ever ask himself the morbid question  “Who will attend my funeral if I die?” then there is no better way to find out than pretending to be someone that looks exactly like you, but is not, and attending your own departure services. It is really that simple.

But first, a few things need to be set in motion for this carefully planned identity theft to be successful. Reunited after some time apart identical twins Laurel and Audrey (both played by Zoe Kazan) meet once again at their family’s house in a remote small town for a dual birthday party.  Shy Laurel has never left this tight-nit community; she has instead taken upon herself the responsibility of taking care of their father after their mother’s passing, despite him having a new live-in girlfriend. Her other half, Audrey, is now an achieved city girl working in real estate who wears all the latest fashion from an unspecified era, which could be somewhere between the mid 70s and 80s. The only certainty is that this is the pre-cell-phone era given that landlines still rule.

Sick of seeing her sister living a dull life serving as their father’s shadow, Audrey is on a mission to take Laurel with her back to the city. However, as it is well documented, life has a talent for ruining people’s plans sometimes in the most tragic of ways. Just as they finish a day of shopping and hairstyling the sisters lives are forever changed by a car crash that kills one of them, but which one? Unsure of her identity by means of amnesia, the survivor is told she is Audrey, the outgoing and charismatic one. Soon after she comes to realize she is in fact the other twin, Laurel, but her family and peers have already organize her funeral and seem eager to let her go, so she decides to play along. What this unravels is a sense of confusion that reassures her belief that Audrey was better; therefore, she must now take her place and literally start a new life. 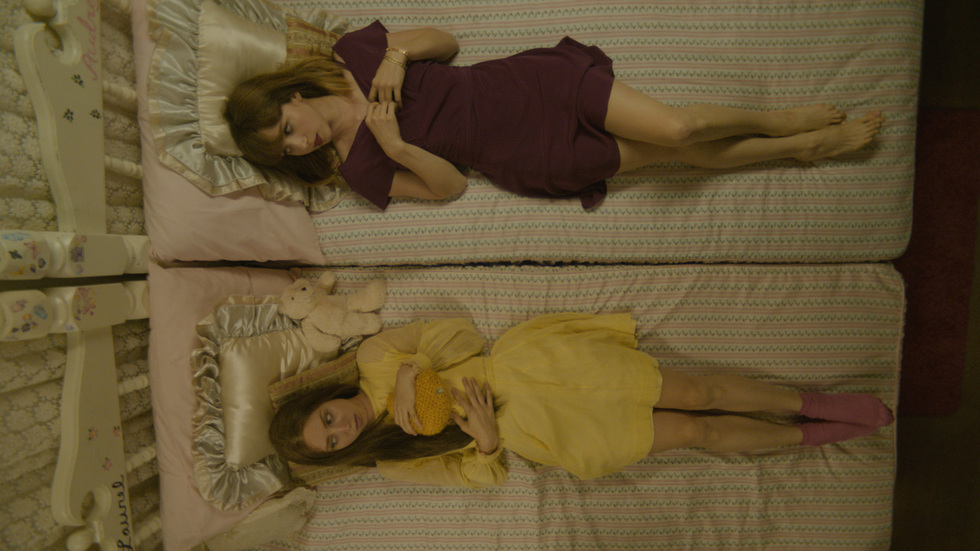 Although highly melodramatic at times, this premise still maintained a degree of originality and thematic edge that appeared promising. Then, Laurel, as Audrey, moves to the city.  Sadly, the instant she walks into her late sister’s duplex to find Basel (Jake Johnson), her tenant, everything that had been building to create interesting tension falls into a pool of predictability which it often tries to escape using witty dialogue and the protagonist charm, but never successfully overcomes.  The fake Audrey gets to know her sister by walking in her shoes, hanging out with her friends, dealing with her ex-boyfriend, played without much glory by Ron Livingston, and working her job. One must assume it takes no qualifications at all to be a real estate agent if a recovering amnesiac can easily pick it up as she goes.

For what is worth, Kazan is likeable in both of her roles, and at times her efforts to create a complex character give hints of some really promising talent. But here, she is limited to be a very monotone young woman living a nightmarish scenario – losing one’s sibling -portrayed as a glossy romantic comedy.  On the same boat is the always funny and quietly endearing, Jake Johnson who does what is asked of him, but never really unfolds as nothing more than Laurel’s convenient love interest.

It is hard to remember the enthralling first half of the film once the routine making-out and sex sequences start rolling out. Furthermore, when the second half aims unveil the big secret Laurel’s been hiding, the drama turns outright ridiculous and utterly farfetched. Apparently having a second funeral for the same dead person, just by a different name, is not that much of a big deal. Unfocused tonal rarities like this leave one wishing writer director Jenée LaMarque would have taken the more macabre route to tell this story.

Formulaic romantic comedies/coming-of-age/double identity films are plentiful and it is hard to understand the need to create more. Now, a twisted story that begins in a small town with the death of one twin, which then turns into a dark revenge plot that no one saw coming, now that is something that might bring you some attention.  Sequel anyone? How about “The Ugly One”? Just a thought.