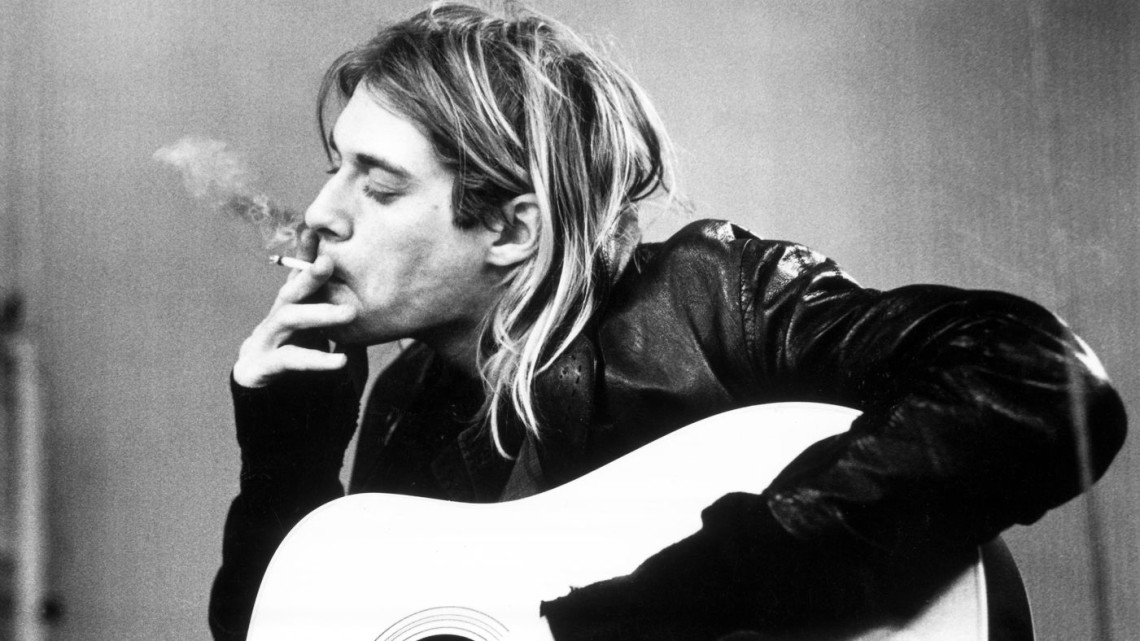 Was Kurt Cobain murdered? Twenty-one years since Cobain’s death and there are passionate followers who protest that the Nirvana front man did not die by his own hand. Kurt Cobain’s death was officially ruled suicide by the state police, but that hasn’t been enough to sate those that feel foul play was involved. Soaked in Bleach expands on Nick Broomfield’s documentary Kurt & Courtney, a narrative born out of morbid curiosity to know exactly what happened during Cobain’s final days in the woods of Washington state. What makes Soaked in Bleach different from other conspiracy theory docs is the events of 1994 are viewed from the eyes of private investigator Tom Grant.

Grant, a former detective of the Los Angeles Sheriff’s Department, was hired by Courtney Love to locate Cobain after he took off from a rehab clinic. Once Kurt Cobain’s body was discovered on April 8, 1994, it would seem that the detective’s efforts would be over, but what Grant pieced together lead him to believe that suspicions of Cobain’s death should rest on the shoulders of Courtney Love. Apart from some footage of Nirvana performing, the film spends most of the opening act establishing Grant’s credibility as a former detective with a clean record. Yet in no time at all, the focus shifts from establishing Grant’s trustworthiness transitioned into putting the spotlight on Courtney Love as a controlling, selfish person. Selling people on the concept that Love is kind of a bad human being isn’t difficult, but you have to do more than that to prove she is complicit in a murder.

Soaked in Bleach explains his account of the investigation and what ultimately led him to believe that Love was responsible for Cobain’s death, but he fails to fulfill the sole purpose of the film in providing any evidence that she did anything. The primary arguments contend that the heroin dosage Cobain injected would have made it impossible to pull the trigger, but such evidence cited ignores that Grant is quoting a figure from the Seattle Post-Intelligencer, not the autopsy report. A lack of useable fingerprints on the shotgun and Grant’s assertion that Cobain’s final letter is actually a note announcing his intentions to leave Love round out the evidence director Benjamin Statler and his team offers.

Much like The Jinx, Bleach uses re-enactments, interviews, and voice-overs to make the case that Courtney Love murdered her husband and staged a suicide to cover the whole thing up, but it flounders in that effort, looking more like murder conspiracy docudrama. The re-enactments are rather amateurish (Tyler Bryan and Sarah Scott play Cobain and Love like they’re in an unaired episode of Unsolved Mysteries) and sticking with archival footage probably would have been the best choice Statler could have made.

There is enough in Soaked in Bleach to create a decent sizzle reel or a trailer, but trying to stretch the material to 90 minutes was a poor decision. With so little evidence to back Grant’s allegations, the film tries to fill lags with lackluster interviews with neighbors who overheard arguments in Cobain’s childhood home and a chat with Cobain’s high school principal to describe the depressing conditions of Aberdeen. When that doesn’t do the trick, footage of Nirvana on-tour and interviews with the singer-songwriter is spliced in as well. Eventually, Bleach return to the speculation and the documentary concludes with former Seattle Chief of Police Norm Stamper insisting that if he had the authority, he would re-open the case. Given that Stamper didn’t make that call in his 6 years as chief, it seems like another case of someone using Cobain’s death as their own soapbox. If Grant and Stamper wanted to make a documentary exposing police in Washington for their ineptitude, they should have done so.

Reviewing documentaries can often lead to reviewing the film’s subject instead of how it covers it, but even if Soaked in Bleach‘s message landed on sympathetic ears, the film makes curious decisions that distract from their central thesis. Dramatic recreations are lit like a low-budget horror film; Grant’s personal recordings overlap with dialogue from the fictionalized scenes; and bizarrely photos of John and Robert Kennedy, Martin Luther King Jr., Marilyn Monroe, Elvis, Michael Jackson are interweaved into the footage for seemingly no reason.

The evidence presented is circumstantial at best, and the arguments could only be viewed as cinematically compelling if you were predisposed to the theory that Cobain was murdered. Kurt Cobain will forever remain a fascinating figure, and any documentaries attempting to smooth over the pain that comes from his suicide will continue getting made. The uncomfortable truth is that Kurt Cobain, a musician many admired and related to, had a severe case of depression. It’s hard to admit when those we admire fall down or give up, but it is a part of living.

Brett Morgen’s Montage of Heck debuted on HBO in May. I mention this because any fan willing to spend money to watch a documentary about Kurt Cobain would be better served by going that route. Morgen’s film is the way to go for real insight into the life (and not just death) of one of the most influential musicians of the last century. When dueling documentaries air, the easy call goes to the film focused on how a life was lived, instead of the film that rehashes death.