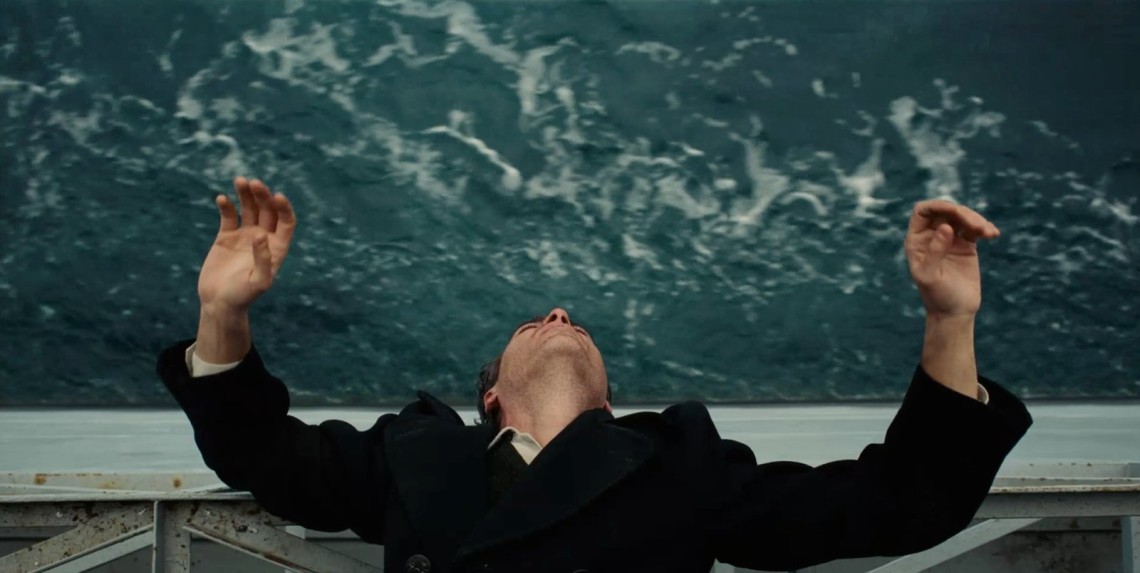 Movie Mezzanine was born at three in the morning (as all unwieldy ideas are), at the tail end of the Toronto International Film Festival in September 2012. I was awake in my bed, restless, with a nagging feeling that I needed to do something/anything, as the Todd Rundgren album goes. That something became a reality the moment I sprinted into Tom Clift’s bedroom, unannounced (sorry, Tom) and declared we had to do this. Tom remained surprised that I was in his room at such an ungodly hour as I rambled on endlessly about the need for a site that produced thoughtful and smart criticism. A place that cared about movies deeply, more than anything. That is how I envisioned Mezzanine in the twilight hours.

Of course, at the time, I had no understanding of how to operate a thriving outlet. My experience in editing was limited, and my knowledge of the advertorial business was non-existent. But in the beginning, there was enthusiasm. In ventures like this one, where everyone is working tirelessly for no money, there needs to be. It’s all you have.

Soon, a year turned into two, and the family continued to grow. More and more writers flocked to the site. Indispensable editors came on board. Readers soon followed.

Throughout it all, we have oscillated from the zenith to the nadir, sometimes within a given week. Like gambling, the site would have great highs promptly followed by lows. With some distance, it’s clear that successes and failures are merely one side of the same coin. They don’t exist without one another. I’d like to believe we’ve learned from our mistakes. That I have learned from my mistakes. Perhaps one never stops learning from their fuck-ups.

In the master plan of Mezzanine, we banked on keeping our doors open until I completed college. By then, the site would’ve been open for five years — more than enough time to gauge whether this is something to continue or close. However, life had its own plans, as it always does. And it doesn’t seem to matter how much foresight you have, or how much diligent planning you do. Those pesky “unexpected detours” inevitably transmute into life itself. To put it plainly: it’s all a damn detour, and there’s not much we can do about it.

As 2015 came to a close, it felt like there was a collective lamentation for the folded publications of yesteryear. This was kicked off by a Newsweek article entitled, “Dissolved But Not Forgotten: Why Did So Many Pop Culture Sites Die in 2015?” In the piece, Zach Schnofeld recounted, in painful detail, the myriad of publications that shuttered in the last twelve months. Our unofficial older siblings, gracious and wise, at The Dissolve. Grantland, the ESPN behemoth, with a writing staff that warranted its own literary Mount Rushmore. Wondering Sound, a site whose writing was so strong it once made me contemplate the music of Nicki Minaj. The list goes on.

In looking at these sites, it’s difficult (but not impossible) to imagine a future in which Movie Mezzanine — or any film-focused outlet for that matter — exists healthily. There was time where I believed we were living in the golden age of movie critics. The late Roger Ebert declared it as such. He was not wrong to suggest this. “Never before have more critics written more or better words for more readers about more films,” he opined. Ebert had an ability to inject hope and warmth in a profession often defined by its icy hopelessness, long hours, and little pay. He was optimistic, a rare breed of human whose optimism was not grounded in naiveté, but a deep understanding that even in darkness, light lays just around the corner.

This is a philosophy I, along with my venerable colleagues, subscribe to. The odds are invariably stacked against us, and every other quixotic outlet hellbent on thinking about movies critically. And they always will be. At the end of the day, it is a testament to those who have contributed — on all fronts — that this site remains alive and kicking. If nothing else, I’m forever indebted to the countless people who have spent their time making Mezzanine something special.

In this latest iteration of the site, we’re going to be shifting to one article a day, five days a week. Quality over quantity. Given today’s marketplace, it’s impossible for us compete with sites that publish dozens of articles each and every day. So, our pieces will range from investigative features to intimate interviews to longform criticism on movies both old and new. The kicker (and some transparency): every piece of writing produced on this site (save for a few outliers) will be compensated. Although we don’t have much money, no one will be working for free.

It’s my hope that in the coming months our vision of what Movie Mezzanine will be actualized.

As always, thank you for reading and supporting. Here are our favorite 5o movies from 2015.

6 thoughts on “Letter from the Editor”