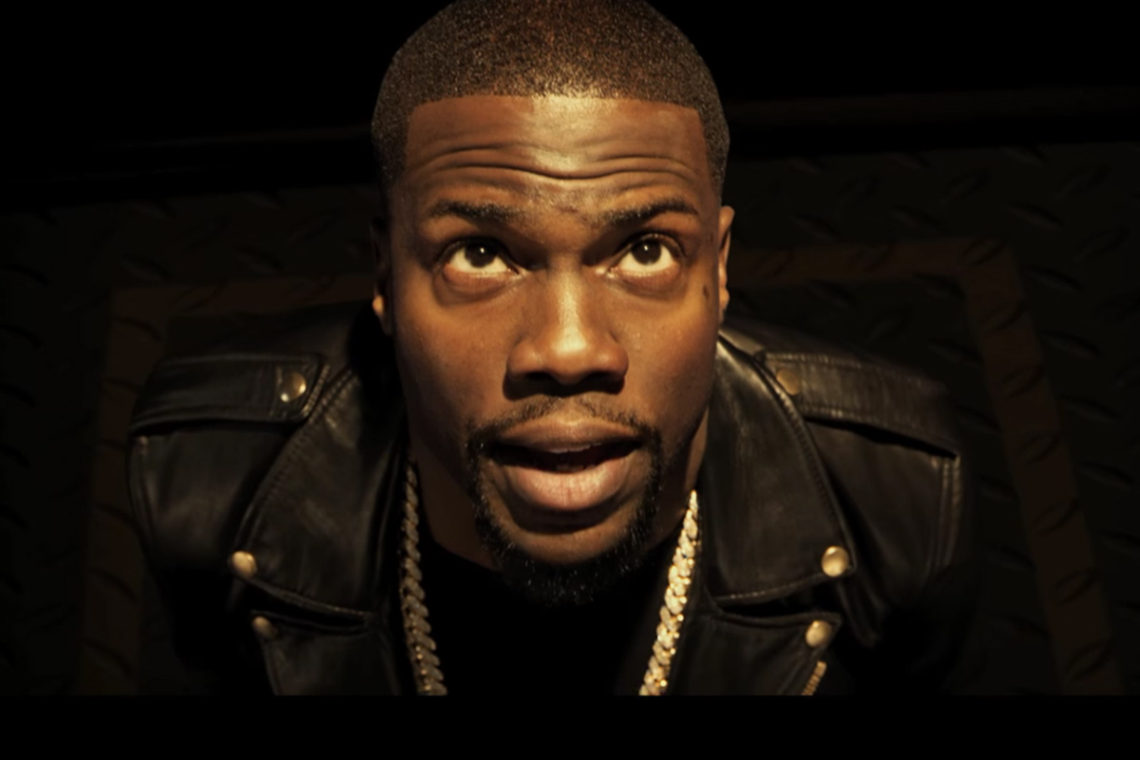 Moving Up The A-List

Josh Spiegel writes about the ascendant rise to stardom Kevin Hart is experiencing on the eve of his new stand-up special "Kevin Hart: What Now?"

Kevin Hart has had a very busy few years, in between his fourth theatrically released stand-up special in theaters (Kevin Hart: Let Me Explain) and his latest one (Kevin Hart: What Now?), which opens in theaters tomorrow. Before Let Me Explain, Hart played a substantial role in one hit film, Think Like A Man, but was otherwise something of a reliable supporting player in movies like Death at a Funeral and The Five-Year Engagement. Since Let Me Explain, Hart has become a star on the same level as one of his comedy-star forebears, Eddie Murphy; he’s the co-lead of the very popular Ride Along movies, voiced a character in this summer’s animated monster hit The Secret Life of Pets, and has played opposite Will Ferrell and Dwayne Johnson in high-concept comedies Get Hard and Central Intelligence. Hart’s stardom is so unavoidable that it’s the reason why his new stand-up set is subtitled What Now? As he clarifies early on, it’s inspired by people who ask him what could come next for a guy who’s become so famous in relatively short order.

“Early on,” though, is a bit of a mislead, because as the trailers suggest, What Now? doesn’t start with Hart’s intensely energetic, live-wire stand-up. First, in a sequence directed by Ride Along helmer Tim Story, Hart moonlights as a James Bond-esque agent aiming to win a boatload of money in a Casino Royale-style high-stakes poker game, with the goal of being able to pay for his global tour. (The setup makes as little sense as you might think–its main goal is to pad the film to feature length, which it achieves.) Hart’s joined by Halle Berry as a fellow agent who is also Halle Berry; Don Cheadle appears as himself at the poker table, and, randomly, Ed Helms shows up as a bartender before things wrap up with Hart taking the money and eventually jumping onstage at Lincoln Financial Field in Philadelphia in front of over 50,000 people in the late summer of 2015. 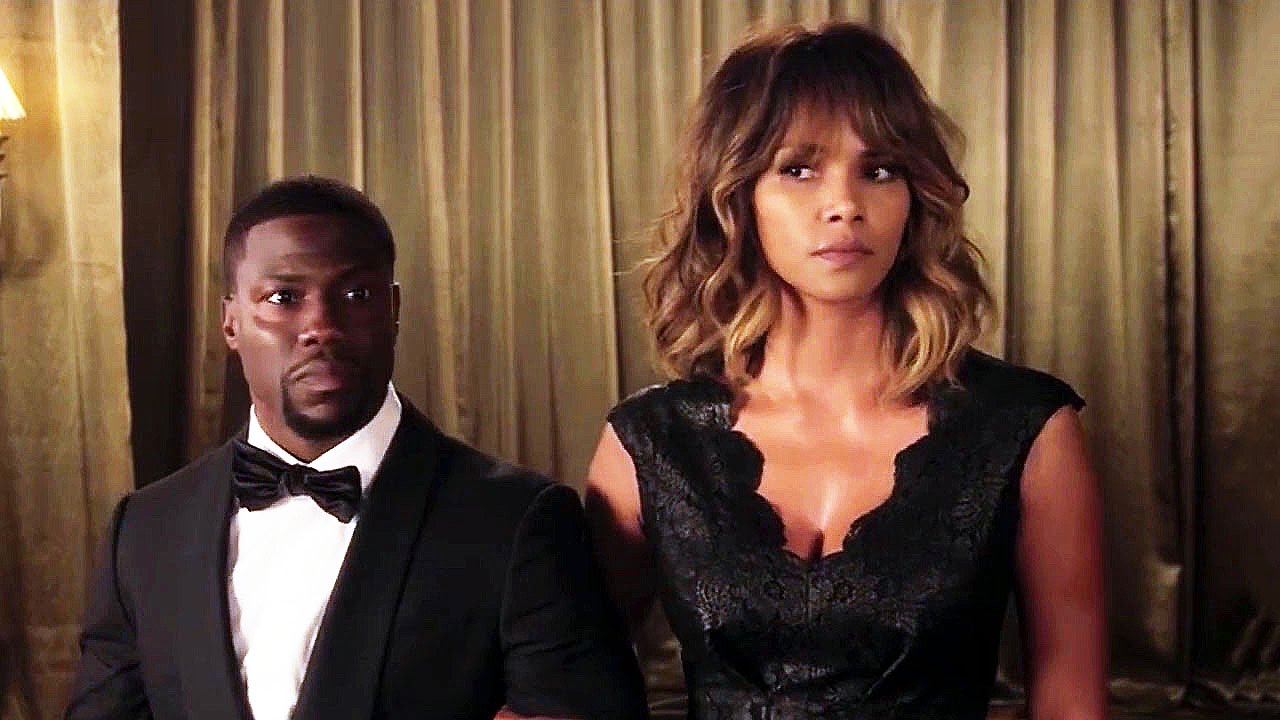 It is, perhaps, a bit telling and awkward that the best parts of What Now? are less about Kevin Hart being funny and more about people reacting to Kevin Hart. The biggest laugh within the stand-up section of the film (which takes up roughly 75 minutes) comes after a particularly raunchy joke Hart tells near the end, when the director of the stand-up set cuts immediately to an older woman in the audience who, unlike her seatmates, seems unamused at the gag. Her stony-faced look is a surprising punctuation–a stand-up ceding any laughter to the displeased audience would feel that way–but all the funnier for being so unexpected. The other big laugh comes during the casino sequence, as Hart’s rat-a-tat waffling at putting forward a bet in the poker match gets so deep under Cheadle’s skin that they begin arguing; the ensuing fight, exacerbated by Hart mocking Cheadle’s film and TV roles, speaks to what’s so funny about Hart–his pushy byplay with scene partners, which is otherwise, expectedly absent.

What Now?, once the casino sequence concludes, is a one-man show, but the kind of one-man show with many characters, Hart the biggest of all. He actively encourages the sense of character, dubbing both of his children and his father “characters” at multiple points. The inherent question of the stand-up set’s title belies an undeniable fact, one that Hart slides into frequently: this guy’s not just a comic able to fill a football stadium with thousands of cheering fans. He’s a very rich superstar. Hart’s first story involves him getting terrified of living in the suburbs, of the animals that approach his house and the poorly lit driveway that extends from his house; later, he mentions how private school is making his kids less tough than he was. Even the casino sequence–despite being a bit late on parodying the 2006-era James Bond–suggests a level of fame and fortune that makes observational humor a bit more challenging; it’s not like every stand-up can get Halle Berry and Don Cheadle to make cameos in their specials.

It should be noted here that What Now? is less of an anomaly than it may seem. In the last 5 years, there have only been four theatrically released stand-up specials; three of those star Hart. But there’s no shortage of stand-up specials to watch these days; as frequently as Netflix updates its library with a new season of one of its various TV series, they’re adding new specials almost as often, from voices as disparate as David Cross, Larry the Cable Guy, and Cedric the Entertainer (these three comedians had specials distributed by Netflix within the last two months). But few comics can command the big screen as Hart does; since 2000, there have only been 16 stand-up specials released in theaters and before What Now?, the one on the most screens was the best of them: 2000’s The Original Kings of Comedy, with the unbeatable quartet of Steve Harvey (who would go on to write Think Like A Man), D.L. Hughley, Cedric the Entertainer, and the late Bernie Mac. Since 1982, the highest-grossing stand-up special released theatrically remains 1987’s Eddie Murphy: Raw; behind it are Richard Pryor: Live on the Sunset Strip and The Original Kings of Comedy; Let Me Explain is fourth on the list, and considering the year he’s having, it’s hard not to wonder if What Now? will put Hart in the same successful air as those stand-ups. 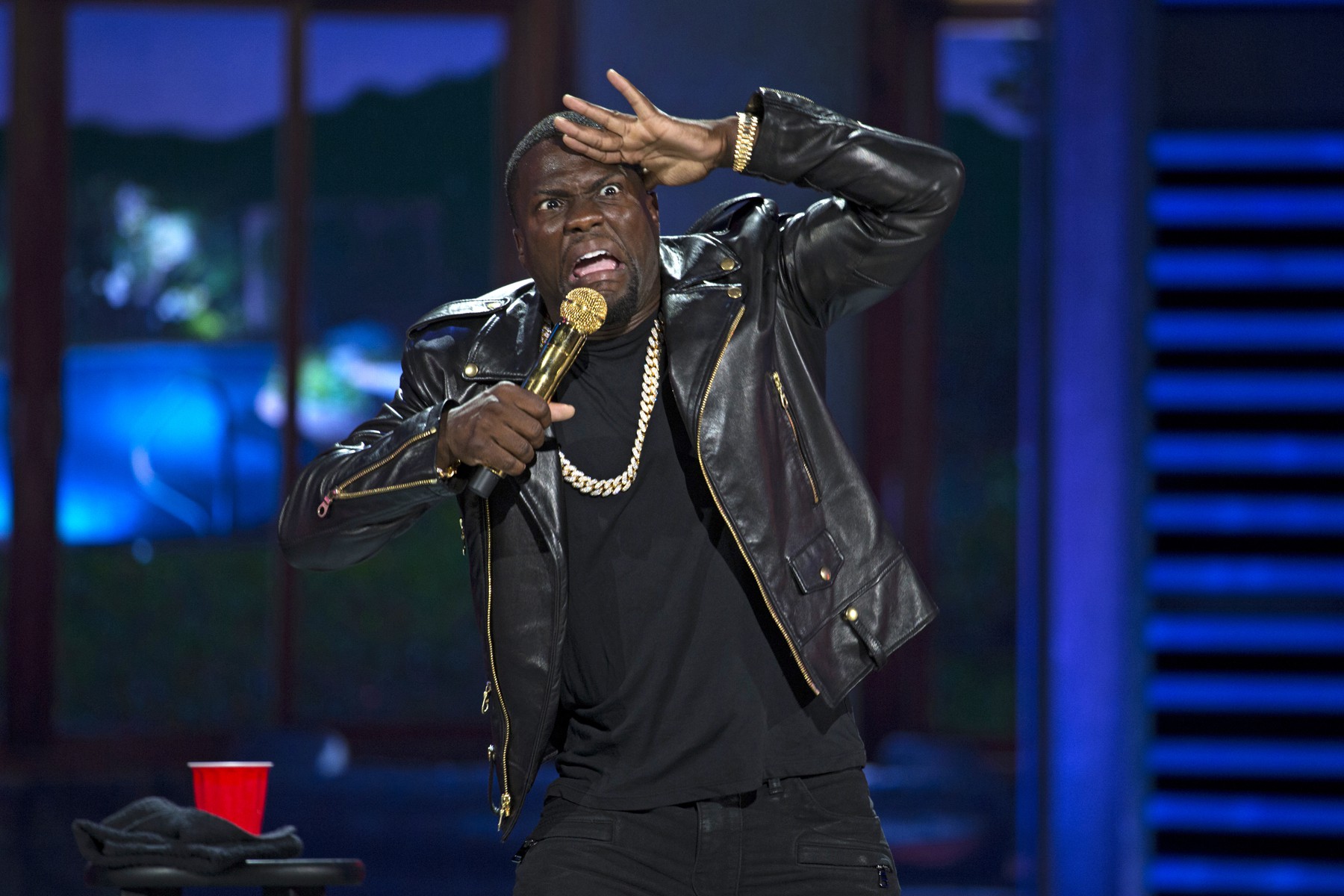 “I am in the record books!” Hart says triumphantly as he bids goodnight to the audience, referring to the massive size of his audience. It’s hard not to wonder if that tangible measure of success is part of what drives him, at least now. Much of the humor in his set relies on familiar enough topics, sometimes to the point of feeling like it’s been freeze-dried for longer than a decade. One of the last topics he covers is just how complicated it is to order a drink at Starbucks, a topic that feels roughly as daring as making fun of airline food in the 1990s. If there’s anything genuinely surprising about Hart’s set, it’s how he continues to push forward the type of character he plays in movies like Central Intelligence: loud, easily terrified and frequently cowardly. Hart’s humor is intended to be relatable–“Every man has done this at least once,” he says when describing not wanting to explore a strange noise in the middle of the night in the house–but it almost always makes him the butt of the joke. (The sexual gag near the end that inspired that displeased audience member’s reaction flips the script a bit and puts his girlfriend on the receiving end; it’s one of the few actively unpleasant jokes in the film.)

If people were asking Hart “what now?” in the last couple of years, it’s an even more pressing question today. What Now? isn’t positioned as a capper to his stand-up career, and he’s still young enough (36 when he recorded the special) that he’s likely going to return to the stage. But where can he go from filling a football stadium full of fans? In the last few years, Hart has gone from a stand-up with a decade-plus of experience and some decent screen credits to his name to an A-Lister, one who, like Murphy after Raw opened in 1987, doesn’t need to do stand-up specials anymore. Next year, he’s co-starring again with Johnson, this time in a Jumanji reboot, as well as working opposite Bryan Cranston in an American remake of The Intouchables. The end of What Now? cuts back to Hart with Berry, as they escape the clutches of more bad guys; as they do, Hart looks at the camera and says, “It’s time to take this global.” The suggestion might be that he’s going to dominate stand-up on a bigger world stage, but it might be just as true that Hart wants to move further up the A-list time, leaving his stand and golden microphone behind.