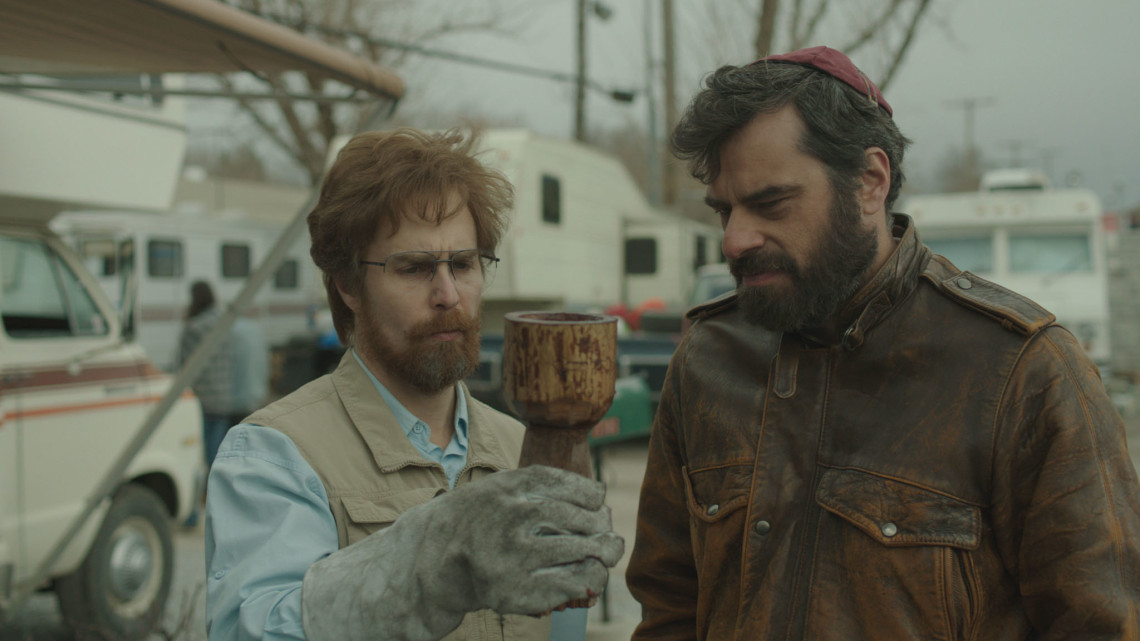 “Don Verdean” May Only Appeal to Hardcore Jared Hess Fans

Early last month, a YouTube video featuring Pastor Kevin Swanson as he delivered a speech before the National Religious Liberties Conference became viral. An animated Swanson answers the question of what he would do were he to be invited to his (hypothetically) gay son’s wedding. And rather than a sermon of love and acceptance, Swanson spews anti-gay vitriol. Flapping his limp Muppet-arms to the heavens, he claimed he would “spread cow manure all over [his] body” at the entrance to the church in protest, comparing homosexuality to a scourge of “pus-y [sic] and gross” sores. His speech represented the pernicious brand of Southern religious fanaticism that has kept the myopic televangelism of the Swaggarts, Bakkers, and Falwells alive in America.

The viral quality of a heinous fop like Swanson and others of his ilk poses a problem for a project like Don Verdean—Jared Hess’ follow-up to Gentlemen Broncos (2009). This time around, Hess satirically turns on the spiritual fervor of the devoutly Christian Right. The titular Don Verdean (Sam Rockwell) is a kind of Indiana Jones on a mission from God, trolling the Holy Land for religious relics that would provide hard evidence for the stories in the Bible. Commissioned by charismatic church leader Tony Lazarus (Danny McBride) to find the head of Goliath, Verdean gets more than he bargained for when he and his humble research assistant (Amy Ryan) team up with the bold Boaz (Jemaine Clement doing an Israeli accent).

It’s understandable that Hess would see the comedic potential in the folly of fanatic Christianity. But as evidenced by Swanson’s anti-gay bloviating or the rosary-clutching of countless others (the Christian internet pastor who started kerfuffle over Starbucks’ plain red holiday cups also comes to mind), these personalities are already ridiculous enough as they are. As fodder for religious farce, they’re surprisingly hollow. It’s an uphill battle to push something to comedic extremes when they already appear that exaggerated in reality.

On top of that central issue, Hess’ film is also sloppily made. Mostly due to poor pacing, Hess introduces subplots in fits and starts with little payoff, and his slapdash writing offers few punch lines that truly land. Only Will Forte as a Satanist-turned-Christian pastor is at all intriguing as a comedic foil. But he is sorely underused in favor of Rockwell and Clement trading flaccid barbs in silly accents. Don Verdean may only appeal to hardcore Hess fans—anyone else will likely never once crack even a smile.