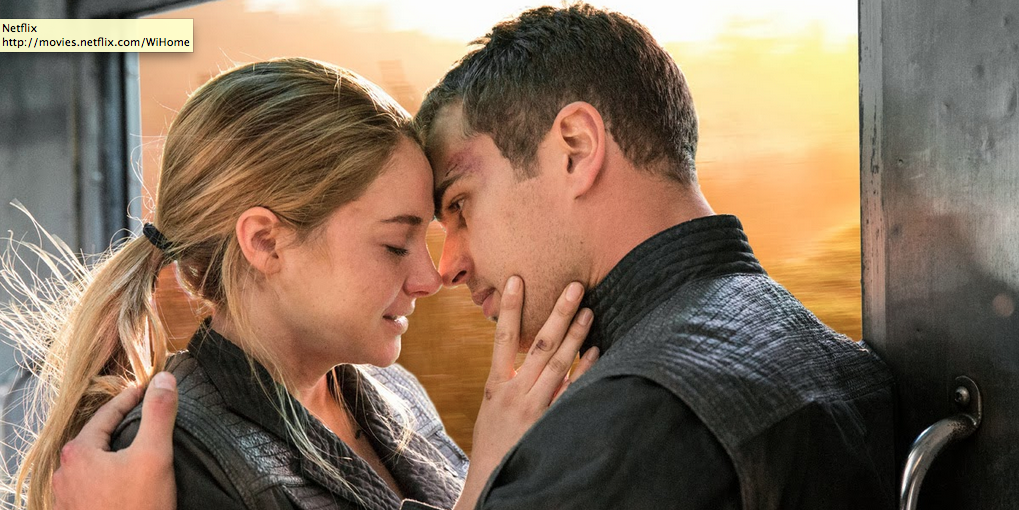 Not all Young Adult (YA) adaptations are made the same. Don’t tell that to Hollywood executives, of course. Over the last decade, practically every YA novel with a supernatural or science fiction bent has been scooped up for adaptation, regardless of the underlying virtues and flaws of the property in question. For better or for worse (often the latter), studios have flooded multiplexes with one Twilight imitator after another. In just the last year, three YA adaptations, Beautiful Creatures, Mortal Instruments: City of Bones, and Vampire Academy, have failed to make a positive impact commercially. Each of those entries, however, was on the supernatural side of the YA divide. On the sci-fi side of the divide, The Hunger Games and its first sequel The Hunger Games: Catching Fire, did the exact opposite. Apparently, everyone loves sci-fi dystopias centered on teen or post-teen heroines. Divergent, a derivative dystopian film set in a credulity-stretching near future, will put that idea to the test this weekend.

In said credulity-stretching near future Chicago, surrounded by a massive wall presumably meant to keep out undesirables, society has been restructured around five, separate factions, Erudite (Intelligence), Abnegation (Selfless), Candor (Honesty), Amity (Friendship), and Dauntless (Brave). In their not-so-infinite wisdom, the city’s Founders selected the Abnegation faction to run the city government rather than, for example, a committee comprised of all five factions with alternating leadership selected from the five factions. Not surprisingly, putting Abnegation in control of Chicago has led to friction between the factions, specifically an Erudite sub-faction led by Jeanine Matthews (Kate Winslet). Maybe it’s not intentional, but it’s hard to avoid the sense that author Veronica Roth has a serious problem with intellectuals or at least a seriously caricatured iteration of intellectuals as cold, hard, ultra-rationalists. 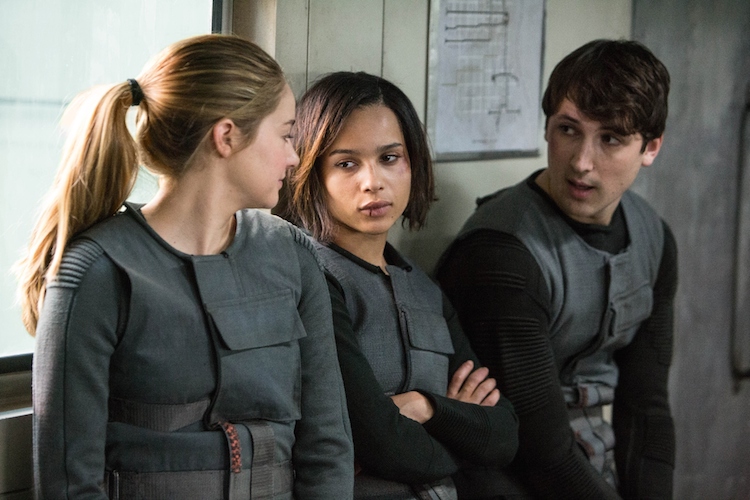 Setting aside the question of whether Roth harbors a strain of anti-intellectualism in her writing, Matthews and the Erudite faction pose the gravest threat to Nu-Chicago’s social and political order, including two Abnegation leaders, Natalie (Ashley Judd) and Andrew Prior (Tony Goldwyn), and by extension, their two children, Caleb (Ansel Elgort) and Beatrice ‘Tris’ (Shailene Woodley). Taking more than a page (more like a chapter) from the Harry Potter universe, Roth posits a sorting ceremony. At 16, every member of Nu-Chicago undergoes rigorous testing to determine which faction best suits them. To add an element of free will and choice, each 16-year-old can choose any faction, including their parents, at their sorting ceremony. To everyone’s surprise, Tris picks Dauntless. Caleb selects Erudite. Immediately separated from their parents, Tris and Caleb move to sit with their respective groups and later, training in the rules and regulations of each faction.

The majority of Divergent’s running time centers on Tris’ training with the Dauntless faction, where she immediately runs afoul of a standard-issue villain, Eric (Jai Courtney). Luckily, a senior trainer, Four (Theo James), becomes Tris’ personal mentor and obligatory romantic interest. From there, it’s Harry Potter all over again. Tris acquires several friends and allies, Christina (Zoë Kravitz), Al (Christian Madsen), Will (Ben Lloyd-Hughes), a secondary foe, Peter (Miles Teller), and a seemingly insurmountable task: Pass every physical challenge and mental test or risk becoming factionless (Nu-Chicago’s outcasts and all-around pariahs). Throughout, she has to hide the film’s Big Secret: she’s “Divergent”, meaning she shares the attributes of all the factions, not just one. Hiding her true self – insert YA-relevant thematic discussion here – becomes of paramount importance to Tris, especially because the Matthews-led Erudite faction has decided to eradicate Divergents (for reasons that only emerge, somewhat haphazardly, in the last act). 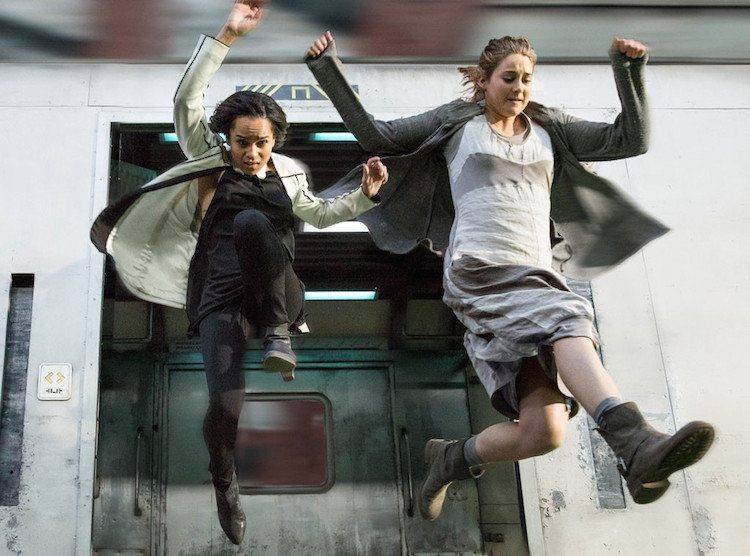 Divergent offers little in the way of narrative or visual surprises; in fact, just the opposite. Minus occasional forays into a virtual simulation that feels cribbed from much better films like The Matrix and Inception (because it is), Divergent moves along a relatively straightforward, predictable track. In case you’re wondering, trains play a semi-important role in Divergent. Tris discovers her true self, becomes a kick-ass/bad-ass teen warrior and future messiah figure all in one film (she’s the Chosen One, more or less). Add to that – or rather, subtract – bland, dreary production design (to be fair, a possible byproduct of Divergent’s modest budget in comparison to something like The Hunger Games: Catching Fire, for example) and the result rarely rises above the sense that we’ve seen it all before (because we have).

The director, Neil Burger (Limitless, The Lucky Ones, The Illusionist, Interview with an Assassin), seems to know as much. To his credit and the audience’s benefit, Burger keeps Divergent constantly on the move, keeping exposition scenes relatively short, and shooting the periodic action scenes with welcome competency. It helps too, of course, that Summit-Lionsgate, not coincidentally the producers of The Hunger Games series, were smart enough to pick actors who can act, not just look pretty for the camera and strike a defiant pose as necessary.