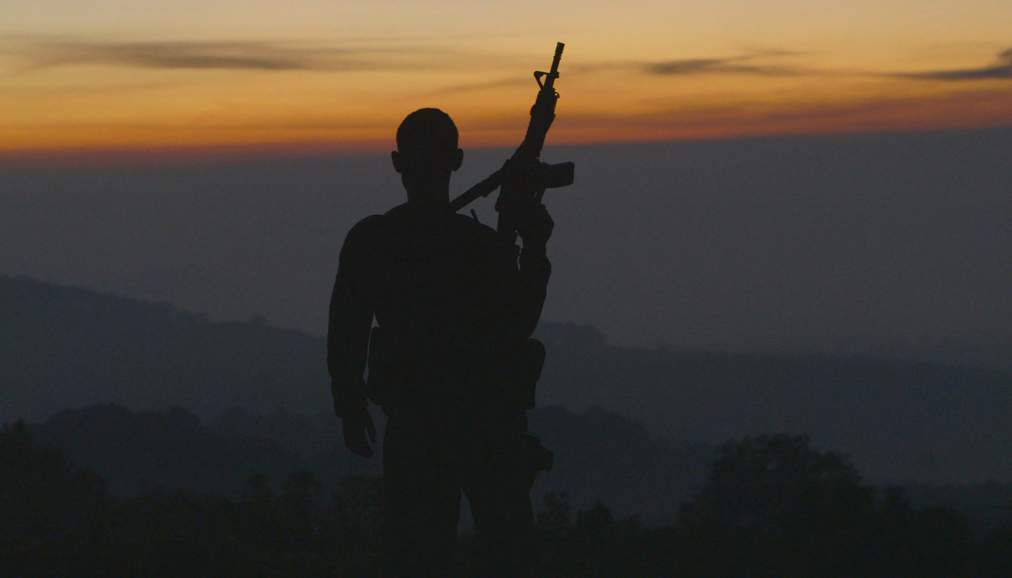 The drug war in Mexico has raged for nearly a decade and claimed more than 100,000 lives, but America media has been contemptibly reticent to give it much significant coverage. Even documentarians, generally on the forefront on social issues, have been reluctant to cross the border. Cartel Land is a new exception to this, and the film’s strengths and faults illustrate why we need many more.

The documentary follows two vigilante groups, one on each side of the US/Mexico border. In Arizona, former meth head Tim “Nailer” Foley leads the Arizona Border Recon, which was originally founded to fight illegal immigration, but later turned its attention towards blocking cartel activity. Meanwhile, in Michoacán, Mexico, we meet the Autodefensas, a homegrown army of ordinary men who have stepped up to combat the Knights Templar Cartel. Director/cinematographer Matthew Heineman’s eye is as neutral as possible, allowing the audience to do its own work in comparing and contrasting the two groups. Both exemplify the frustration with institutional neglect and sense of hopelessness that fuels vigilante activity. However, the Autodefensas come across as a hell of a lot more sympathetic and interesting than the ABR, and the doc’s insistence on giving them equal time is a millstone around its neck.

In Michoacán, Heineman’s crew frequently finds itself dropped into dangerous circumstances, including shootouts and interrogations. It recalls the terrifying immediacy of Hell and Back Again, Restrepo, and The Square (an acknowledged inspiration on Heineman’s part). Though the Autodefensas have their fist-pumping triumphs, their mission shows signs of corruption as the story progresses. Their leader, José Manuel Mireles Valverde, once a simple doctor, eventually worries that they’ll turn into just another cartel. In this war, parts of the government are in bed with the entities it’s supposed to be fighting. The people feel like they’re on their own, and self-interest, it seems, will always infect cooperation. The movie begins and ends with scenes accompanying cartel members on a nighttime meth cook in the desert. They speak with ominous confidence that their business isn’t going away anytime soon.

Meanwhile, we follow the ABR playing soldier in the desert, rarely accomplishing anything of note. They speak with both blatant and coded racism about their mission, claiming while sitting comfortably in their living rooms that America itself is endangered by the cartels. One scene like this, which establishes the gulf between perceived and real need for action, would ably get a point across, but watching so many more becomes boring and aggravating. These segments of the film seem to exist only to justify its commitment to a two-handed approach to the Drug War. Heineman at least partially recognizes this, since Michoacán gets the lion’s share of the screen time.

Increasingly, filmmakers are utilizing the compact qualities of modern equipment to put themselves inside active battlefields. The brass is undeniable and the effect is potent, but the otherwise objectively-minded doc borders on exploitative here. The shootouts are cut for maximum thrill and layered with a garish action movie score. It makes for a schizoid message: this war is horrible, but aren’t these fights SICK? Ultimately, Cartel Land hampers its own efforts to meaningfully address its subject.