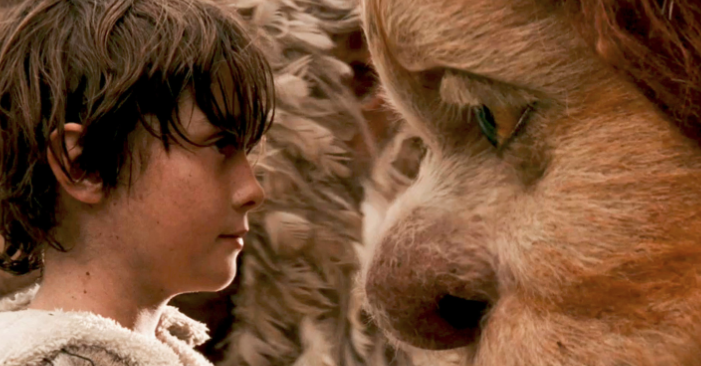 10 Forgotten Gems The Aughts Left Behind

What makes a film forgotten? Over time, films either become routinely discussed members of the ever-changing cultural zeitgeist, or fodder for only certain sets of cinephiles. Hell, some are simply forgotten, seemingly never to be spoken of again. That’s why I’ve decided to go ahead and make this list. Considered noteworthy when first debuting (either critically or at the box-office), some of these films garnered considerable acknowledgement from the Academy Of Motion Pictures Arts And Sciences, or were polarizing lightning rods from experimenting auteurs. 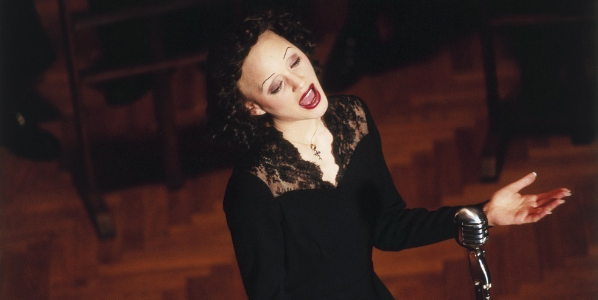 One of the few foreign language films to win multiple Oscars (at least, one of the few French-language pictures to take home multiple statues), this breathtaking biopic from 2007 is ostensibly the role that introduced the world to its brilliant lead actress Marion Cotillard. A biopic of Edith Piaf, the film is director Olivier Dahan’s most widely-seen picture, at least until his upcoming Nicole Kidman picture Grace Of Monaco. It’s a breathlessly-crafted visual stunner spearheaded by one of the best lead actress turns of the decade. As with many foreign language films, it has since been relatively forgotten by wide audiences, but with star Marion Cotillard taking home the Oscar for this performance and since going on to other massive projects, this is a fitting start for any list of films that made a large splash but have since been seemingly forgotten. 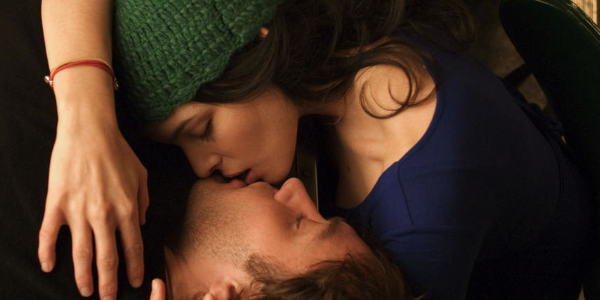 Dahan might not have a name that draws large groups of people into cinemas or forces people to take a look at the picture years after its release, but that’s not the case with Wong Kar-Wai. However, his first foray into English-language filmmaking, fellow 2007-release My Blueberry Nights, is oddly his least talked about work. Often scoffed at as a minor entry into the icon’s oeuvre, this oddly hypnotic faux-melodrama takes his aesthetic to its logical conclusion, becoming a wonderfully scored relationship drama-turned-tone-poem. Boasting a superb lead performance from the breathtaking Norah Jones, the film would be a slight and trite bit of drama in other hands, but it stands as a truly unforgettable picture for those who give themselves over to this misunderstood wonder. 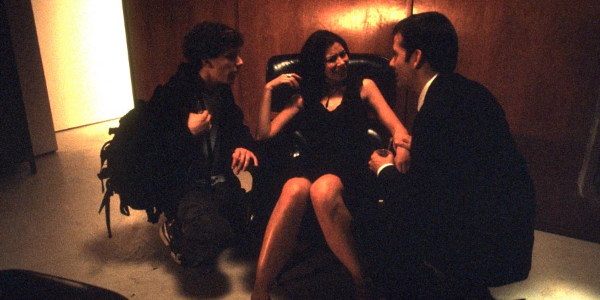 Going back a bit further in the ‘00s, Dylan Kidd released a little film entitled Roger Dodger, and frankly, there really hasn’t been a film like it since. While Kidd himself has gone on to make more pictures (the upcoming Bryan Cranston-led Get A Job sounds exciting), he has yet to even come close to this film, which is one of the decade’s greatest comedies. With towering turns from a rarely-better Campbell Scott and a young Jesse Eisenberg (as well as names like Isabelle Rossellini, Jennifer Beals and Elizabeth Berkley), this proto-comedy/drama/noir/everything picture gets a beyond-his-years script out of writer/director Kidd. Unfortunately, while it’s chock full of quotable lines and is led by two tour-de-force performances, it’s been left on the back burner in a generation of far more bombastic and less character-driven laugh pictures. 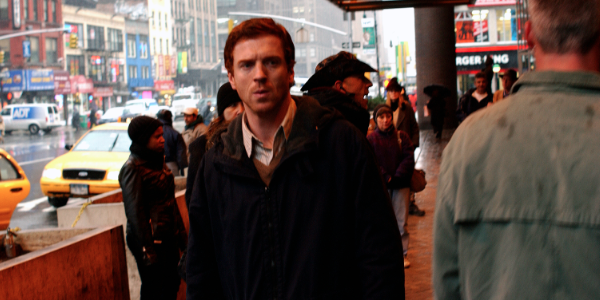 Possibly the least-seen film on this list, this boundary-pushing experiment from director Lodge Kerrigan follows a man on the hunt for his lost daughter. It’s a body blow to the viewer’s senses, and while it may have been forgotten over time, Kerrigan’s film is a brazen and devastatingly emotional drama that, come the final frame, left me speechless. Kerrigan as a director has become relatively forgotten to those outside of the Criterion Collection set (he’s gone the TV route helming episodes of The Killing and Homeland), but with a pair of deeply affecting and still vital cinematic experiments, he’s as interesting a voice as we saw during the aughts. 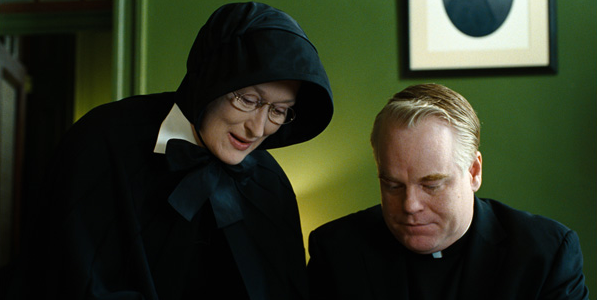 It’s been nearly five years since its release in 2008, and this John Patrick Shanley-directed film, despite its killer cast, has seemingly become a footnote in Oscar history. Doubt stars Meryl Streep, Philip Seymour Hoffman, Amy Adams and Viola Davis, and despite their amazing performances it’s rarely given the recognition it deserves as a thought-provoking masterpiece. Besides being a wonderfully muted bit of drama, it’s a rather superb meditation on more than just a woman battling her own faith. An adaptation of a well loved play, the film should be appreciated as the acting class that it truly is, and John Patrick Shanley holds his own as a filmmaker who sadly hasn’t done anything since (his only other directing credit is Joe Versus the Volcano). It’s a damn shame. 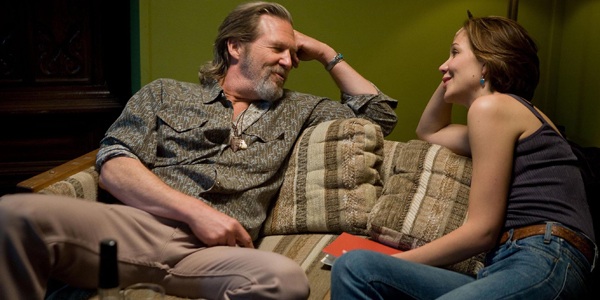 Speaking of great performances, very few leading male performances hit in the ‘00s as breathlessly subtle as that of Jeff Bridges in his career-defining turn in Scott Cooper’s Crazy Heart. A wonderfully quiet picture, Bridges is only one-upped, truthfully, by Cooper, a first-time director far beyond his years here. It’s now rarely-talked about, but the film is a delightfully raw picture with an aesthetic that absolutely feels as fresh today as it did in 2009, and I look forward to seeing if Cooper surpasses it with his latest effort, Out Of The Furnace, later this year. 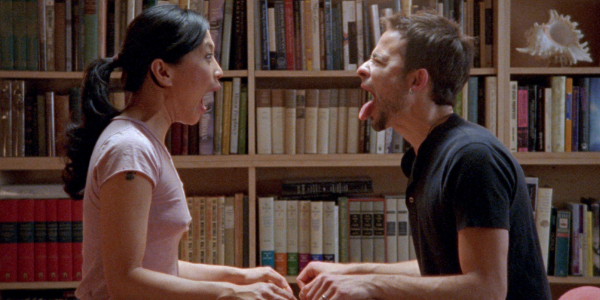 Speaking of filmmakers that don’t work nearly often enough, John Cameron Mitchell helmed one of 2006’s greatest pictures and one that has yet to really find any sort of cultural footing. Shortbus is best known for its uncompromising and blunt use of sex, and yet it’s as real and oddly charming a picture as we got during the aughts. Mitchell embeds sex and eroticism directly into his warm and inviting story of a woman on the hunt for a perfect orgasm–the film is not only aesthetically provocative, it also doesn’t just use sex to inspire a visceral reaction. Shortbus captures sex as a real and palpable part of the human experience, and something to be exuberant about. This movie is something to be excited about as well. It’s a masterpiece. 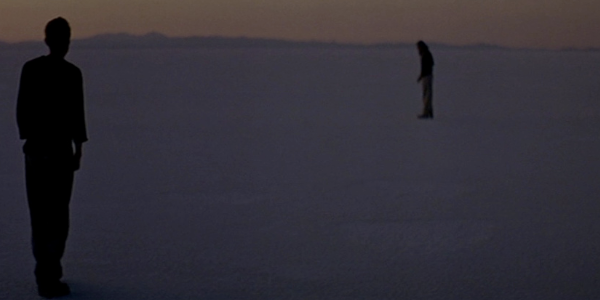 Easily director Gus van Sant’s most uncompromising effort, this breathtaking kickstarter to his “Death Trilogy” is a tough and truly obtuse picture, but one that nails the viewer as deeply as any film on this list. With career-defining turns from Casey Affleck and Matt Damon, Gerry features two entirely improvised performances and some of the most exciting and brooding direction we’ve ever seen from the experiment-prone van Sant. This haunting tale of two men against nature is a difficult sit for most–which is why many people have either skipped it or forgotten about it–but it’s one of the best films he’s ever made, and unlike anything else we saw at the time.

Speaking of aesthetic experiments, few are more exciting than this picture from director Jonathan Demme. A far cry from Silence Of The Lambs or his documentary work, Rachel Getting Married is an intimate look at a woman coming home for her sister’s wedding, and it’s structurally breathtaking. Nothing is ever telegraphed. Demme and writer Jenny Lumet let the characters and their relationships breathe. While a lot of love was given to Anne Hathaway and co-star Rosemarie DeWitt, Bill Irwin is the real emotional entry point, and his performance is a crowning achievement of character acting. Emotionally devastating and aesthetically thrilling, it absolutely deserves to be listed among the best films of the decade. 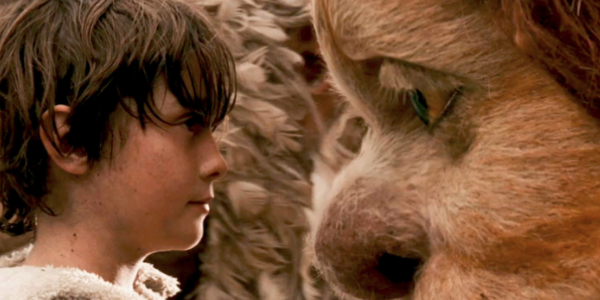 This may be a controversial choice, but Spike Jonze’s adaptation of the legendary Maurice Sendak story is one of the past decade’s most overlooked masterpieces. The most thrilling meditation on childhood since The 400 Blows, Jonze’s film is angry, melancholic and often deeply sad, yet it’s as raw and real a film as you’ll ever witness. Jonze is at the top of his game, and star Max Records one of the most impressive child screen presences of the decade. Toss in a hell of a great supporting cast and you have a film that is deeply resonant yet has seemingly fallen to the wayside since its debut in 2009. It’s time we rediscovered this wild rumpus!

What other great films from 2001-2010 do you think have largely been forgotten? List them in the comment section below.

16 thoughts on “10 Forgotten Gems The Aughts Left Behind”