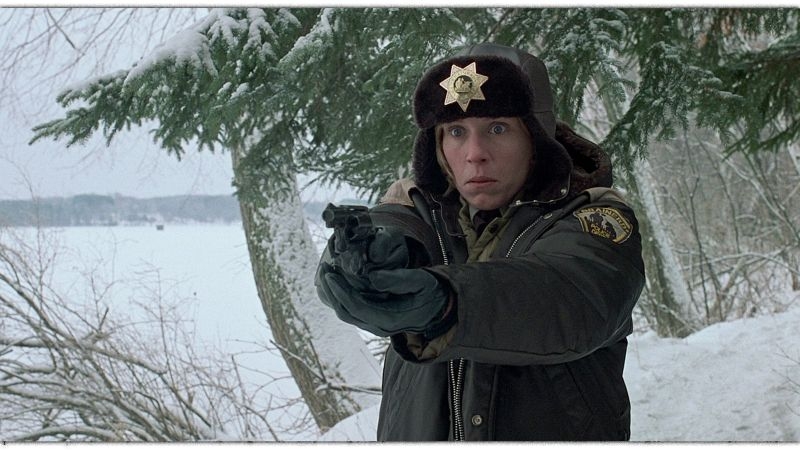 Fans of Joel and Ethan Coen have had time for the latest news on the upcoming TV adaptation of Fargo to sink in, after it was made public that the FX 10-part series would not feature any of the characters from the source material as originally thought. Instead we found out the show would star Billy Bob Thornton as Lorne, a character quoted as “a rootless, manipulative man who meets a small-town insurance salesman and sets him on a path of destruction”.

That in itself seems plausible and Coen-esque enough, and for some this will provide comfort. For the sceptic in us though, that’s as much of a similarity as the show will hold. FX president John Landgraf says the show will be “remarkably true to the film”, but that’s hard to believe when none of the original characters are being reprised.

If Lorne were to set a bigger-town car salesman on a path of destruction, then we’d be talking. There’s so much potential to continue Jerry’s story, particularly after the events of the film – is he a changed man or still stuck in his old ways? There’s a lot Joel and Ethan could do with this, and speaking from a non-North American point of view, they’re two of the best in showing the ironies of small-town USA. The brothers do have a great eye for casting some of Hollywood’s most eccentric actors and actresses in unique roles. Billy Bob Thornton fits this mould, and having worked with the Coens before, it will be interesting to see how he warms to a character of their creation more fleshed out.

It’s quite possible they’ve looked to shows created from films in the past and thought it would be an exercise in futility to replicate the story or have links too close to original material. They wouldn’t be wrong – there have been failures, with the likes of Ferris Bueller’s Day Off and 10 Things I Hate About You spin-offs creating little resonance with their respective generations. But there have been some that have worked, namely M*A*S*H and Buffy the Vampire Slayer. Adapting any sort of material comes with risk, and here it’s something the Coens have somewhat slyly avoided. This is disappointing considering their regular tendency to think outside the box.

By merely having a name as a connection though, is that their way of actually continuing that line of thought? For them it’s definitely a new avenue, and in exploring television they want to bring something fresh to the table. There has already been a failed attempt at a TV series from the film soon after its release, without their involvement. This could be their moment to show everyone how it’s done.

In reality, Fargo itself is hardly part of the story. But maybe that’s it. Maybe it’s Fargo, North Dakota that they wanted to expand on. So in essence it might have a similar feel to the film, and the series will share the name. But to say the Coens’ new venture is remarkably true to the film is a false statement when the crucial elements are so glaringly absent. In turn, it seems pointless for them to have marketed it as such, and for fans to subsequently hold high expectations. This latest Coen Brothers project should be viewed as two masterful auteurs venturing into uncharted territory – unless they have a twist waiting in the wings where Marge Gunderson’s daughter is the sheriff around town.