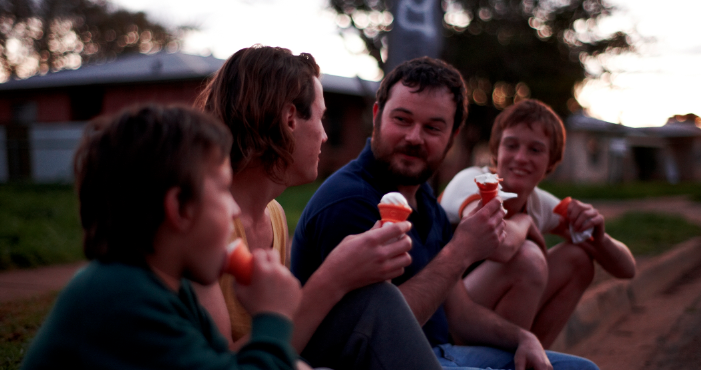 Where We Come From: The Good and Bad of Location-Specific Cinema

CINEMA is a powerful tool that can be used to show a country’s nationalism to the world. A great deal of pride can be evoked in the mind of a nation through images, and to capture that can have great influence in whatever purpose the film serves. Jean-Pierre Jeunet’s Amelie was a film that not only showed the quirkiness of French cinema, but released in the immediate wake of 9/11, gave audiences a reason to fall in love with Paris. The French are no doubt most proud of the film, which some 12 years later still possesses a whimsical charm.

In earlier days of cinema, Germany and Russia were particularly hellbent on using film as a nationalistic tool. Although now looked upon as pure propaganda, Leni Riefenstahl’s Triumph of the Will gave Hitler’s Germany an inspired view of the ‘perfect race’. In Russia, Sergei Eisenstein’s Battleship Potemkin followed multiple revolutions and the inevitable fall of the Tsarist regime but managed to invigorate a public unsure of its immediate future.

Films that play on stereotypes and other culture-specific elements can often be a way of entering international markets. But it’s breaking it down to focus on particular cities of a country is where things can change dramatically. Modern cinema does not discriminate, in that it shows the good and bad in a world largely desensitized.

Adelaide, Australia’s fifth biggest city, is home to 1.23 million proud South Australians. Unfairly considered a poor cousin to the likes of Sydney and Melbourne, the city’s laissez-faire attitude is what sets it apart as one of the world’s most livable cities. But when the bodies-in-the-barrels murder investigation was first made public in 1999, the City of Churches became known as the City of Corpses.

A film about the events, Snowtown, was made in 2011 after an appeal by the filmmakers for lingering suppression orders from the case to be lifted. John Bunting, arguably Australia’s worst serial killer, used Adelaide’s northern suburbs as the catalyst for 12 murders across seven years. It’s a powerful debut by director Justin Kurzel, unrelenting in both its content and style, that manages to make locals recoil in horror at the darkest chapter of their home’s history.

Regional and rural Australia has just as many dark secrets. The setting for many early colonizers at the turn of the 20th century, the country was a breeding ground for direct discontent between European settlers and Aboriginal natives away from the direct influence of state governments. As the federation of Australia drew closer, opinion was divided.

Jimmy Governor was an Aboriginal man trying to assimilate into the European way of life in 1900. But despite holding a myriad of steady jobs, he was still treated unfairly. His eventual explosion resulted in violent acts of revenge on those who had wronged him, including the slaughter of women and children.

The Breelong murders committed by Governor, his brother Joe and friend Jacky Underwood some hours west of Sydney would not be as well-known in the present day without the canonization by Schindler’s Ark author Thomas Keneally. The Chant of Jimmie Blacksmith was then made into a feature in 1978 and remains one of the stronger films of the Australian New Wave cinema of that decade. It’s a bleak picture from Fred Schepisi, and with a large Indigenous population in the greater area, still resonates in showing suppressed anger of past treatment.

Whether films like Snowtown or The Chant of Jimmie Blacksmith are made soon or much after the events they’re based on, they’re films that do not sit well with those living close to their setting. They aren’t films that promise escapism, nor promote a good name for the locations. These films are just two examples of permanent reminders of a place’s dark side. They do, really, hit too close to home.
***
Katina Vangopoulos was raised in Adelaide and now resides at Dubbo, the major centre of Breelong’s region and where Jacky Underwood was hanged for his part in the murders. She places Snowtown as one of cinema’s creepiest films, while The Chant of Jimmie Blacksmith remains a good history lesson.