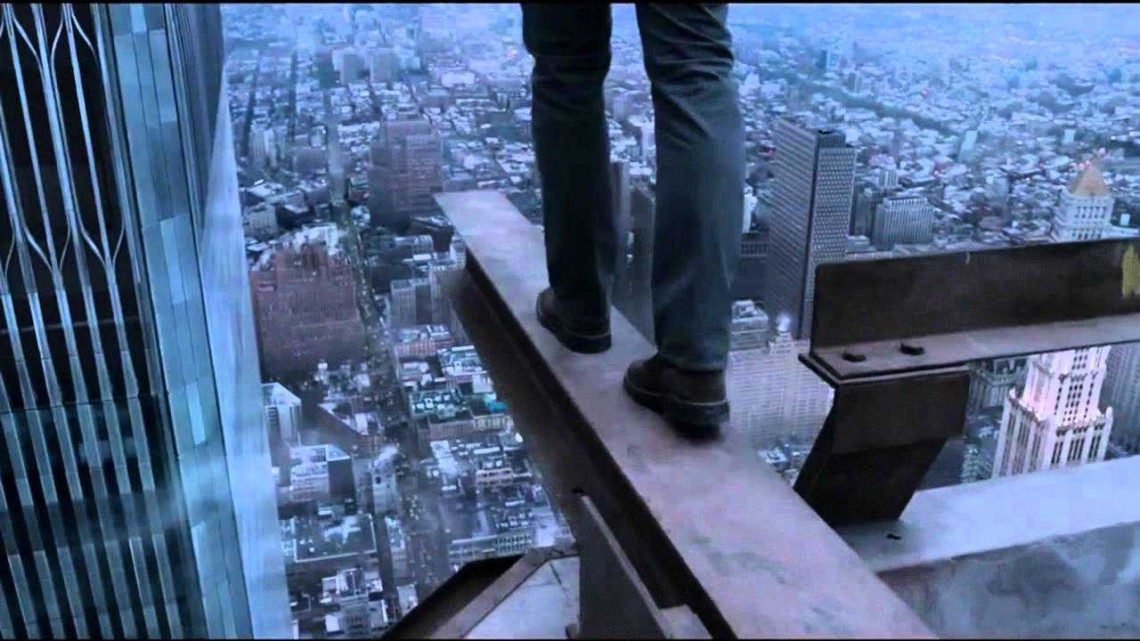 “The Walk” and The Role of the Critic

I don’t usually ask questions at press conferences. I’m too often crippled with self-doubt and assume that my question is not worth asking. But following the New York Film Festival press screening of The Walk, I couldn’t resist. I raised my hand and spoke into the mic, “Mr. Zemeckis, you’ve made two films involving plane crashes [Cast Away and Flight]. You made a movie that featured flying cars [Back to the Future Part II]. Now you’ve made The Walk. Have you given any thought to what interests you about the sky and our potential to fall from it?” Zemeckis answered quickly, “Uh, no.” There was a bit of an awkward pause, and he seemed to realize he needed to say more. He talked about how he is a pilot, and that he is afraid of crashing, so maybe he’s working out his fears on film. But it felt shrugged off, and it was very clear that Zemeckis has not done much self-analysis as to why he keeps returning to the same themes.

Of course, it’s not uncommon for critics to pick themes out of an artist’s work that they themselves are unaware of. In fact, it’s the norm. On a recent podcast, Paul Thomas Anderson claimed to have a perfectly fine relationship with his father—a surprise to anyone who has watched his ongoing series of dysfunctional father-son relationships on film. The same goes with Wes Anderson and Steven Spielberg, who both possess consistent motifs in film that must be informed by some experiential knowledge, but have said little of substance about their own upbringings.

To be clear, there’s nothing wrong with any of this. It’s exactly right. An artist who spends too much time thinking about their themes or subconscious inclinations is unlikely to produce anything of value. But, more importantly, Zemeckis’ non-answer illuminates the difference in the roles of critic and artist. The artist’s job is to create—to inspire wonder or terror, to provoke thought, or to help an audience transcend reality. The critic’s job is to look at that product, and ask not only if it was successful or not, but also to wonder out loud what it means and what its impact might be. In other words, I asked the right question, and Zemeckis gave the right answer.

Interestingly, his answer could have very well come from the mouth of his subject. The Walk begins with a question: “Why?” Philip Petit (Joseph Gordon-Levitt) asks it directly to camera and goes on to explain that, in the years following his famous high-wire walk across the Twin Towers, people constantly ask him what motivated him to risk his life for his art. The film is bookended by this question, but when a reporter puts it to him as he is led away in handcuffs, he gives only a slightly more satisfying answer, “There is no why. When I see a beautiful place to put my wire, I cannot resist.”

I’d suggest this is what motivates Zemeckis himself. Like the director, Petit is an artist with a singular, populist vision. Like Zemeckis often does, he wants to live among the clouds and to challenge himself and his colleagues to create something beautiful, even if he doesn’t quite know why. No filmmaker has pushed the boundaries of special effects as much as Zemeckis has in films like Back to the Future, Forrest Gump, Death Becomes Her, and his trilogy of motion-capture films (The Polar Express, Beowulf, and A Christmas Carol). Still, he is hardly alone. All artists seek beauty, and risk the void to get there. As Petit stands on the wire towards the end of his walk, doubt and self-consciousness begin to creep in, and he struggles to find balance. As his response to my question made clear, Zemeckis is making certain he never suffers the same fate. He’ll leave that to the critics.

One thought on ““The Walk” and The Role of the Critic”