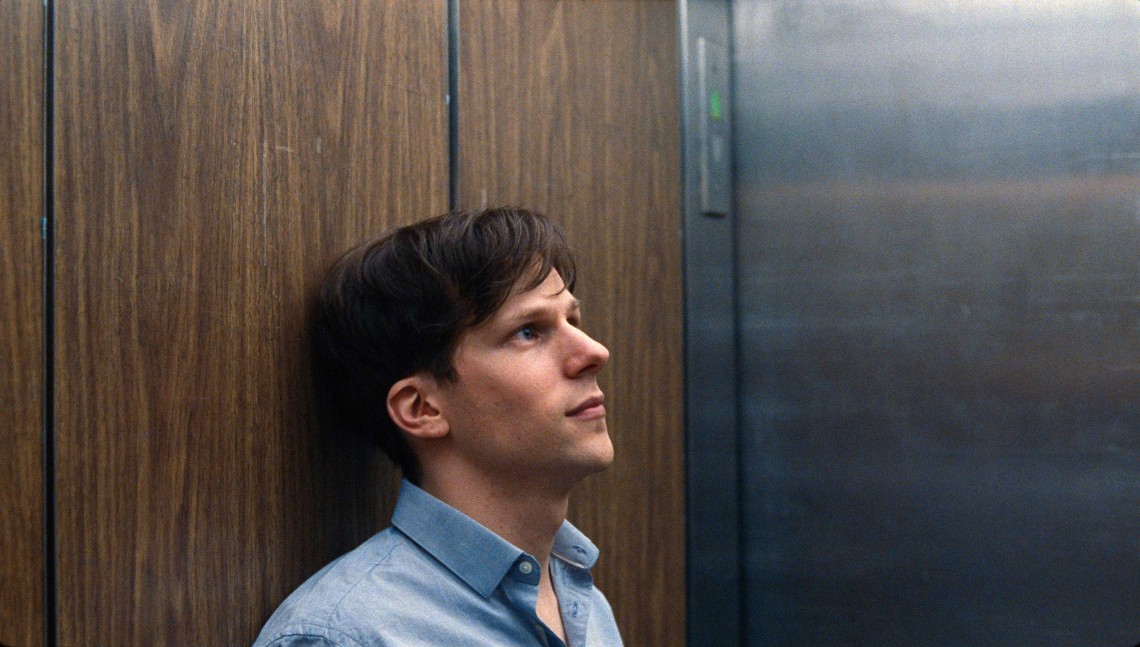 Joachim Trier has built a strong body of work that explores the deep interiors and emotional fissures of depression and loss, and he continues exploring these preoccupations in his latest, Louder Than Bombs, an American middle-class-family melodrama based on the death of a matriarch. Isabelle (Isabelle Huppert) is a world-renowned photojournalist, and the demands of her profession keep her away from her husband Gene (Gabriel Byrne) and two sons, Jonah (Jesse Eisenberg), a PhD candidate who only appears on surface to have his shit together, and the more fragile teenage son, Conrad (Devin Druid). Three years after a car crash took her life, the three can’t help but reflect and tread back on their unresolved grief as a photo exhibit and article commemorating Isabelle’s life’s work come to fruition.

But the article, written by a close colleague, will reveal a less-than-savory truth: She committed suicide. And that’s a fact Gene and Jonah had decided to hide from Conrad, as he was only 12 when his mother died. The film sets up Conrad’s discovery of Isabelle’s suicide as the ultimate conflict, but the way it chooses to play this out is so underwhelming and loose that it can’t seem to choose whether or not it wants to commit to being the straightforward kind of drama it is, or something more abstract, digressive, and fragmented, telling a story through an accumulation of small moments.

The film’s structure seems to suggest it would rather be the latter, but its tonal and structural shifts simply muddle the film instead of making it consistently, believably sad. For example, we are introduced to Jonah in the opening minutes at a hospital as he meets his newborn baby for the first time. He’s unsuccessful in acquiring food for his exhausted, post-delivery wife because he runs into an old flame for whom he still has feelings. Jonah quickly realizes his minute-old status as a father now poses the biggest cock-block in his life and makes up a story about another family loss to gain the woman’s sympathy. We are then taken away from Jonah’s dilemma to introduce Gene, Conrad, and their barely-there relationship rife with communication issues. It takes a good half-hour before we circle back to Jonah and learn that he is the second son in the family unit. Voiceovers and flashbacks, including those of the deceased Isabelle, pepper the film in a sometimes powerful manner, yet these scenes never mesh with the melodrama structure, only proving to be ultimately disruptive.

Louder Than Bombs never manages to create something whole from its parts, but those parts are occasionally very intimate and well-executed. Watch Conrad and Jonah laugh at YouTube clips of their father’s earlier days as an actor, for example, or the Blow-Up-like scene in which a silent Jonah unearths more secrets from Isabelle’s past while going through her darkroom. Trier has never had problems in creating a distinct kind of cinematic melancholy, but here he unfortunately fails to make it all come together.