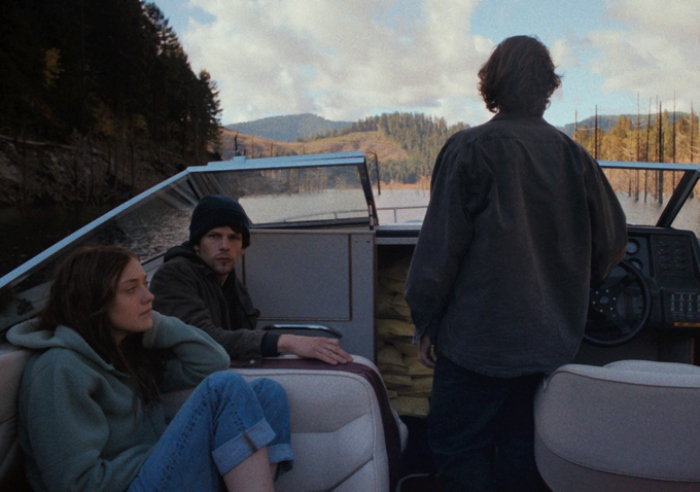 TIFF Capsule Reviews: ‘A Spell to Ward Off the Darkness’ & ‘Night Moves’ 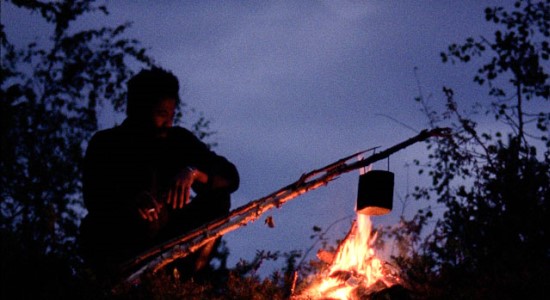 A Spell to Ward Off the Darkness (dir. Ben Rivers, Ben Russell)

The triptych structure of Ben Rivers and Ben Russell’s strange, beguiling work of existential searching is a hard film to get one’s head around, but the pleasures of its imagery make the task of solving the film secondary. It presents a Scandinavian tour through possible forms of living removed from the modern world: as part of a commune of open spirits, in icy solitude, and as musicians bashing out a din of expression before disappearing into the night. The filmmakers never reduce these options, casting the members of the commune neither as hippies nor cult figures, finding the still beauty and minute focus that comes with being alone in nature and allowing black metal to be what it was originally intended, just a raw form of expression without the baggage of its notoriety. It’s undeniably cryptic, but shots of crystalline frost half-covering a sprig, or natural conversations of sexually liberated (but altogether regular) people provide so many moment-to-moment surprises and delights that A Spell to Ward off the Darkness never fails to captivate. 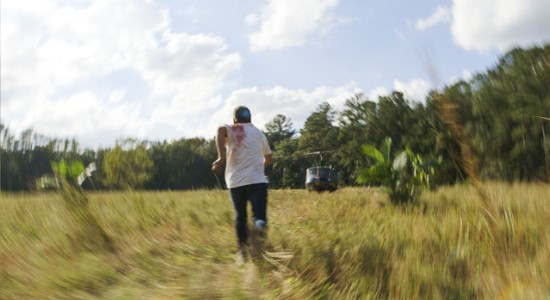 Kelly Reichardt’s most plot-driven feature follows a group of radicalized but reserved environmentalists who scheme to blow up a dam, their measured plans providing an air of seasoned experience soon erased by incompetence, resulting in an anti-thriller based on oversight and coincidence. It is the film’s second half that shows off Reichardt’s true skill. An extended period of falling action, the second section of the film hones in on the pockets of emptiness in Jesse Eisenberg’s face, and an unrecognizable Dakota Fanning has her child-star innocence reintroduced in a dangerously inconvenient time for her character’s comrades.

A narrowing of the frame through cramped mise-en-scène—shots increasingly peer at characters through doorways and the gaps between outer walls—maintains tension and directs it into the individual reactions of responsible parties. The director’s subtle mastery of form and emotional control is on display, but something feels slightly off about this venture. Where her other features foreground subjective intimacy while exploring sociopolitical and gender subtexts, Night Moves is, in its maker’s own words, a character piece, to the extent that its depiction of radical environmentalism is left underdeveloped. Reichardt’s other films demonstrate a union of spontaneous observation and thematic ambition, but Night Moves’ distinct structural halves hint at an internal division that keeps it a resolutely minor offering from one of America’s best contemporary filmmakers.