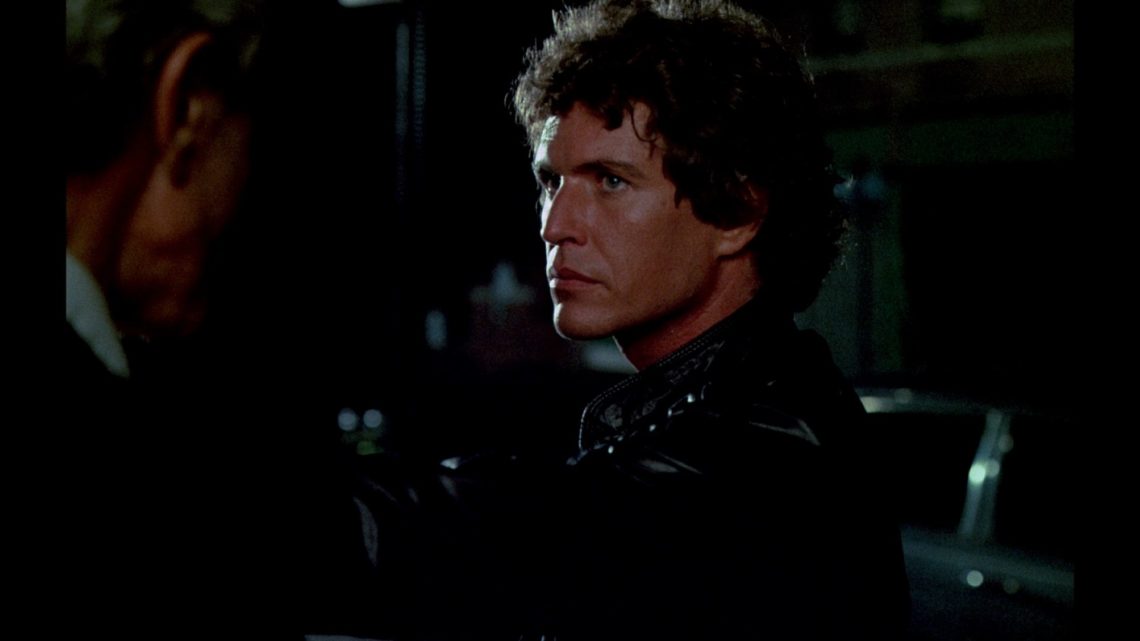 This Week on MUBI: “Fear City”

Abel Ferrara was already in firm control of his art-sleaze style by the time of 1984’s Fear City, a film that looks like it occurs at the darkest corners of the sex-funk world of Purple Rain. Propelled by Minneapolis Sound porn-funk and lit in the glow of strip-club signs, Ferrara’s scuzzy thriller is a nasty piece of work. Still working in purely exploitation terms, Ferrara and writer Nicholas St. John build the story around a serial killer who stalks New York streets methodically hunting down exotic dancers. As with the director’s earlier Ms. 45, however, the film mixes gauzy aesthetics with moments of direct filmmaking to produce something unclassifiable.

Nearly all Ferrara films operate right at the cusp of parody, if not well over the line, and the same is certainly true of Fear City. The opening montage alone contrasts the shimmering marquees for topless dancers, cut with elegant tracking shots along strip-club stages showing the advertised wares. Behind the scenes, men with bad suits and worse skin keep the books and thoroughly drain any veneer of eroticism by looking at the business solely as such. Moving among these venues are Matt Rossi (Tom Berenger) and Nicky Parzeno (Jack Scalia), young, slick managers of a company that hires out dancers to each club. When their workers start turning up maimed or dead, the two men launch their own personal investigation of the killer, much to the irritation of local cops.

Berenger makes a fitting leading man. The ‘80s may have marked the explosion of massive action stars with ludicrous muscles and devil-may-care attitudes, but it is arguable that Berenger was the toughest of that decade’s stars. Only 35 at the time of the film’s release, he looks older, worn down by a world he has nonetheless consistently battered into a pulp. His pretty-boy looks are offset by their roughness, as if he were made out of sandpaper. Ferrara inserts numerous shots of Rossi’s fateful past career as a boxer, ended in a match where he literally beat a man to death, but in some respects the visualization of his hardened, dejected attitude is unnecessary. Regularly hassled by Detective Al Wheeler (Billy Dee Williams, all frigid loathing for the denizens of his jurisdiction), Rossi looks like me might go off on the police just as soon as the killer.

One of the more distinctive attributes of Ferrara’s filmography is the director’s willingness to implicate himself in his most grotesque scenes. That isn’t as true of the scenes of violence in Fear City as it is for, say, Ms. 45, in which he himself plays a rapist. The attacks in this film all follow a similar formula: a woman walking home alone is suddenly ambushed, followed by interspersed shots of the killer slashing with a pair of scissors and blood foaming from his inflicted wounds. Yet if this is standard slasher fare, Ferrara at least avoids stylizing them as much as he does the filler shots of clubs and streets.

He also finds ways to divert attention away from the actual attacks onto the context of misery that surrounds them. The killer (Neil Clifford) could be Ferrara’s answer to Travis Bickle, for he too can be seen composing a manifesto and lashing out against his sexual repression, but where Bickle is presenting from his own intoxicating self-perspective, the killer is seen clearly and unambiguously for the deranged lunatic that he is. The film also hones in on the complex overlap between racial tensions and mutual suspicion between cops and smut peddlers: Wheeler can hardly say three words without hurling anti-Italian slurs at men who are perfectly willing to disparage his own race, and the fact that the detective has a legal authority over them only raises these tensions to a boil.

Fear City is not one of the director’s best films, but it nonetheless shows how thoughtful his work can be at the margins of its own titillation. A key demonstration of this can be found in the relationship between Rossi and one of his star dancers, Loretta (Melanie Griffith). At first, their status as exes with mutually lingering feelings is clichéd romantic filler, but gradually Ferrara reveals a portrait of two scared people who indulgent lifestyles leave them unsure of how to proceed with normalcy. An actor’s showcase it’s not, but there’s more to these characters than razor fodder. Perhaps the film’s defining image comes near the end, when a strung-out Loretta heads to a club for a fix and Ferrara films her in dark shades standing in the club entrance in front of a blazing “Girls Girls Girls” sign. In an instant, he upends the erotic nature of Loretta’s previous club appearances, laying bare the brutal come-down that is forever perverted in a life surrounded by neon mirage.

If you’re interesting in watching Fear City on MUBI, use your Movie Mezzanine coupon for an exclusive discount and access to a breathtaking library of cinema! Note: MUBI now offers its streaming service to North American users via a Playstation 4 app. Visit the Playstation Store to download for free.