The Summer of Love: A Movie Preview

For many people, summer means beaches and fireworks and camping and other outdoorsy activities. For cinephiles, it means loving blockbusters, disparaging blockbusters, or some combination of both (hopefully in addition to the aforementioned activities — live a well-rounded life, people). The studios have tentatively pushed “summer” earlier and earlier in recent years; with Furious Seven becoming the first April release to earn a billion dollars, expect more major action films to try to do the same going forward.

At the same time, the warmest months have become more popular for independent flicks. Well-received festival acquisitions, particularly from Sundance, are set into the world before the word of mouth grows too distant. As a consequence, critics and festivalgoers have something of a leg up on the summer movie season before it even begins. Here are some of the lower-profile but best bets we can already vouch for. 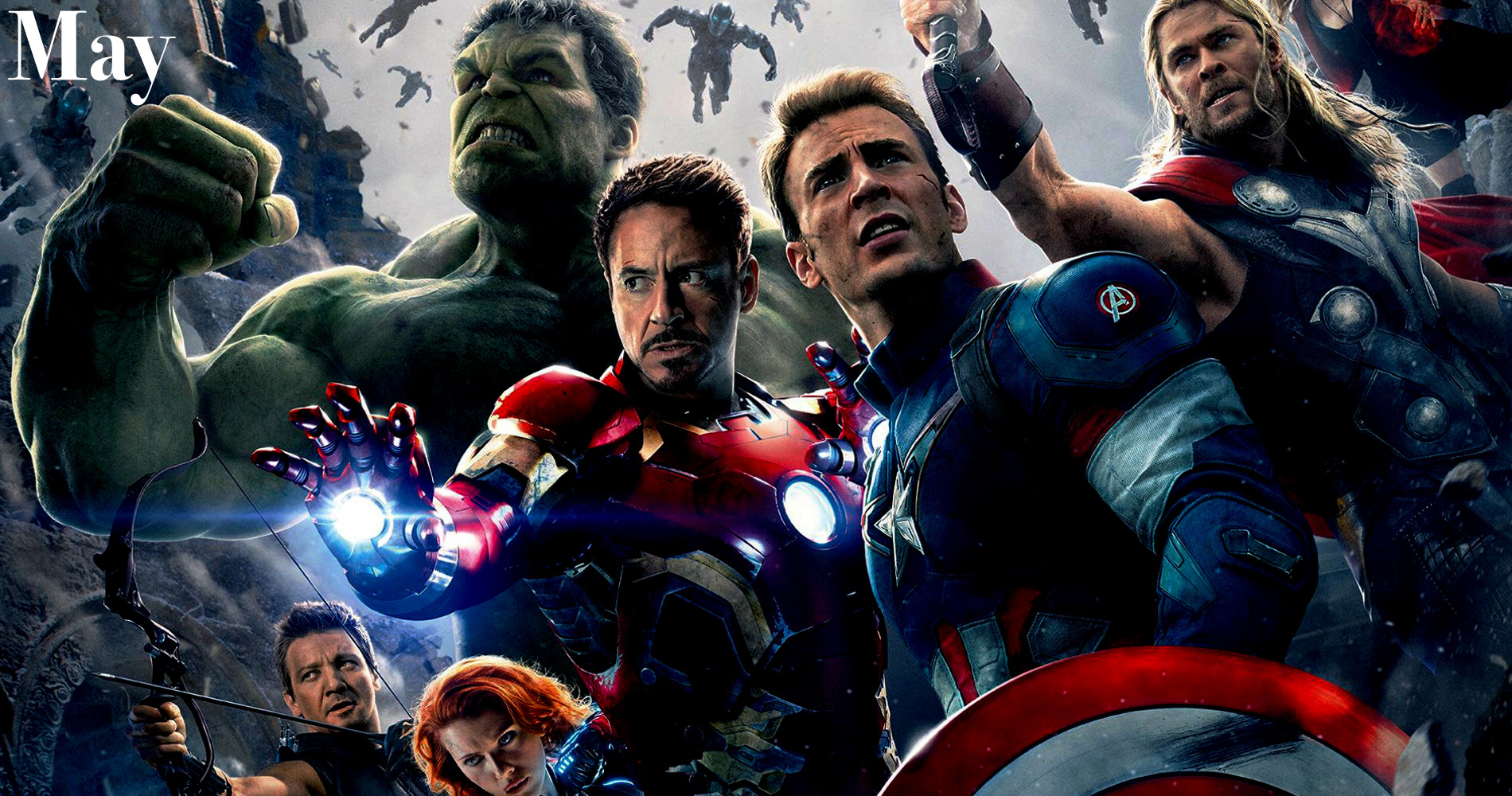 Among the movies that will be buried by the new Avengers are Welcome to Me and Far from the Madding Crowd. The former stars Kristen Wiig as a woman with Borderline Personality Disorder who wins the lottery and starts her own talk show. Early reviews have agreed that it is super-weird, and thus I am greatly enthused for it. The latter is an adaptation of a Thomas Hardy novel directed by Dogme darling Thomas Vinterberg, which makes the lack of critical buzz around it utterly baffling. But it’s pretty good, especially if you’re in the mood to swoon mightily at some 17th-century romancing.

Maggie features an Arnold Schwarzenegger performance like nothing the man’s ever done (a good one!) and is an effective weepie if you give yourself over to it. French Best Foreign Language Oscar entry Saint Laurent sags badly in the fourth of its five half hours, but is overall an interesting departure from biopic convention that’s as stylish as you’d hope a movie about a fashion designer to be.

For my money, the limited release of the month is probably Slow West, a Kiwi western with a tumbleweed-dry sense of humor and a tone unlike most other members of its genre. In a non-showy way, it repeatedly heads in what you think will be an archetypical direction, only for it to veer off and do something quite unexpected. It’s a rather wonderful piece of work.

When Marnie Was There might be the last Studio Ghibli film, so it’s eerily appropriate that it’s a ghost story. Current reception has it as a fitting departure for the revered animation studio. Finally, Results sees the formerly ultra-indie director Andrew Bujalski (How indie? The guy invented mumblecore. Mumblecore) dive into the mainstream with a romantic comedy starring Guy Pearce and Cobie Smulders. Sundance loved it, but will you? Probably. 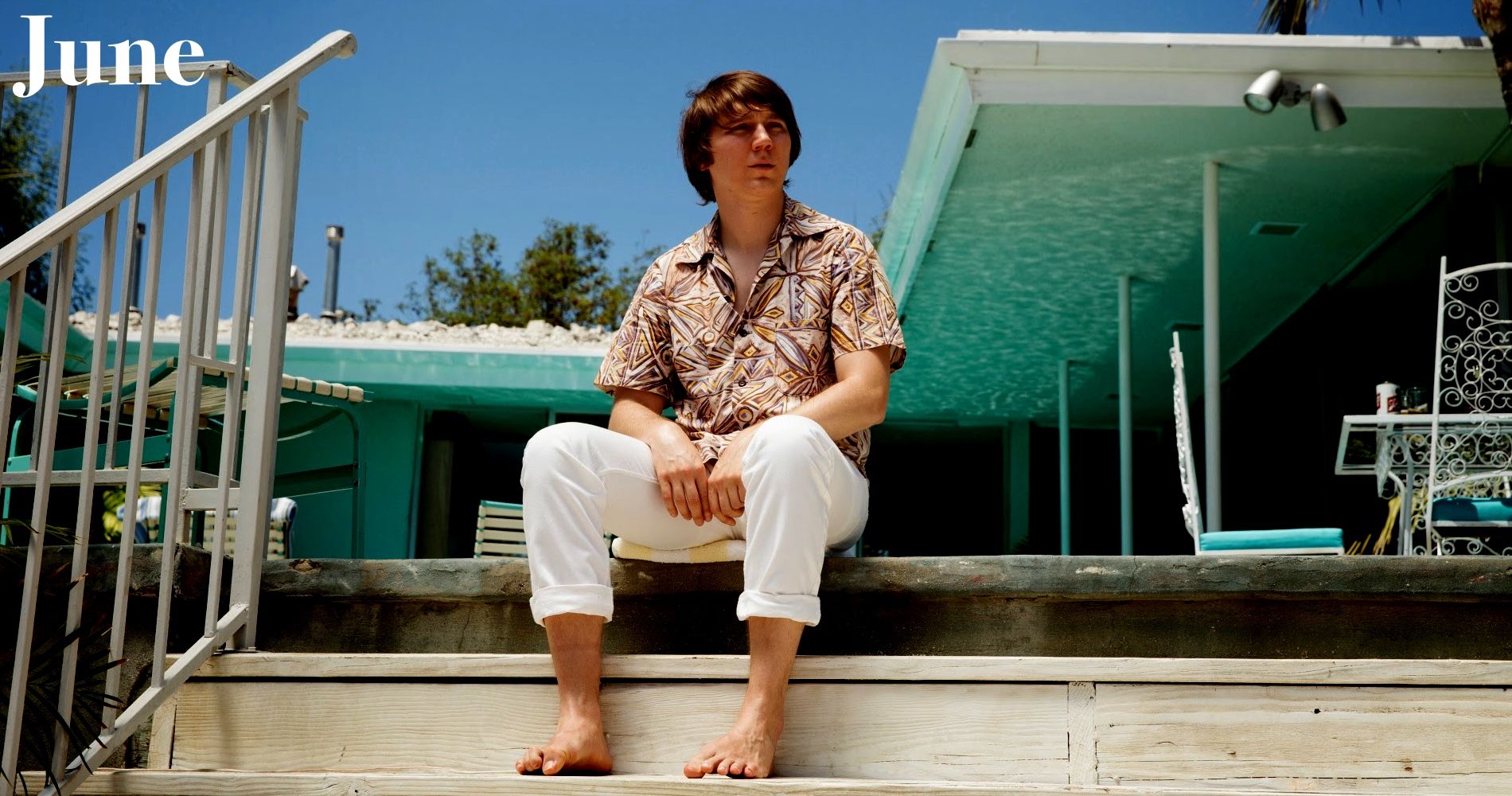 Brian Wilson biopic Love & Mercy has been consistently praised since it premiered at last year’s TIFF. I’m reserving judgment on the basis of that misused ampersand. The Wolfpack is probably one of the most crowd-pleasing documentaries of the year, a strange, funny profile of a group of brothers raised in extreme isolation who found freedom in reenacting their favorite movies.

It’s extraordinarily appropriate that The Wolfpack is being released on the same weekend as Me & Earl & the Dying Girl, whose protagonists are also obsessed with recreating movies. Earl, which from its title alone sounds like one of the Sundanciest films ever (and it is, hoo boy), was indeed the biggest hit at Park City this year. Fox Searchlight picked it up for a ridiculous $6 million, and it won both the Audience Award and the Grand Jury Prize for Best Dramatic Feature. It ignited a miniature simulacrum of the indie film enthusiasm/backlash cycle on social media during the fest, and I can understand why. I liked it almost in spite of myself, so heavily does it play to sappy cliche, while at the same time doing so with some undeniable skill.

The very next week, the other big winner of Sundance comes out: Dope. It was also picked up by a distributor for an astonishing price (Open Road and Sony paid seven million for it) and also went through a self-contained Sundance controversy. Is it properly working against the expectations for an “urban” film, or going with them while pretending otherwise? You can judge for yourself when it hits theaters. Earl and Dope coming out on consecutive weekends will likely lead to a few terrible thinkpieces that pit the two against one another. They have nothing in common besides being about high school boys, but that didn’t stop comparisons at Sundance, so expect to see more of them in June. The same weekend sees the release of The Tribe, a brutal, sometimes mesmerizing flick that a lot of people love but which I’ve found diminishes in my mind the further I get from seeing it. 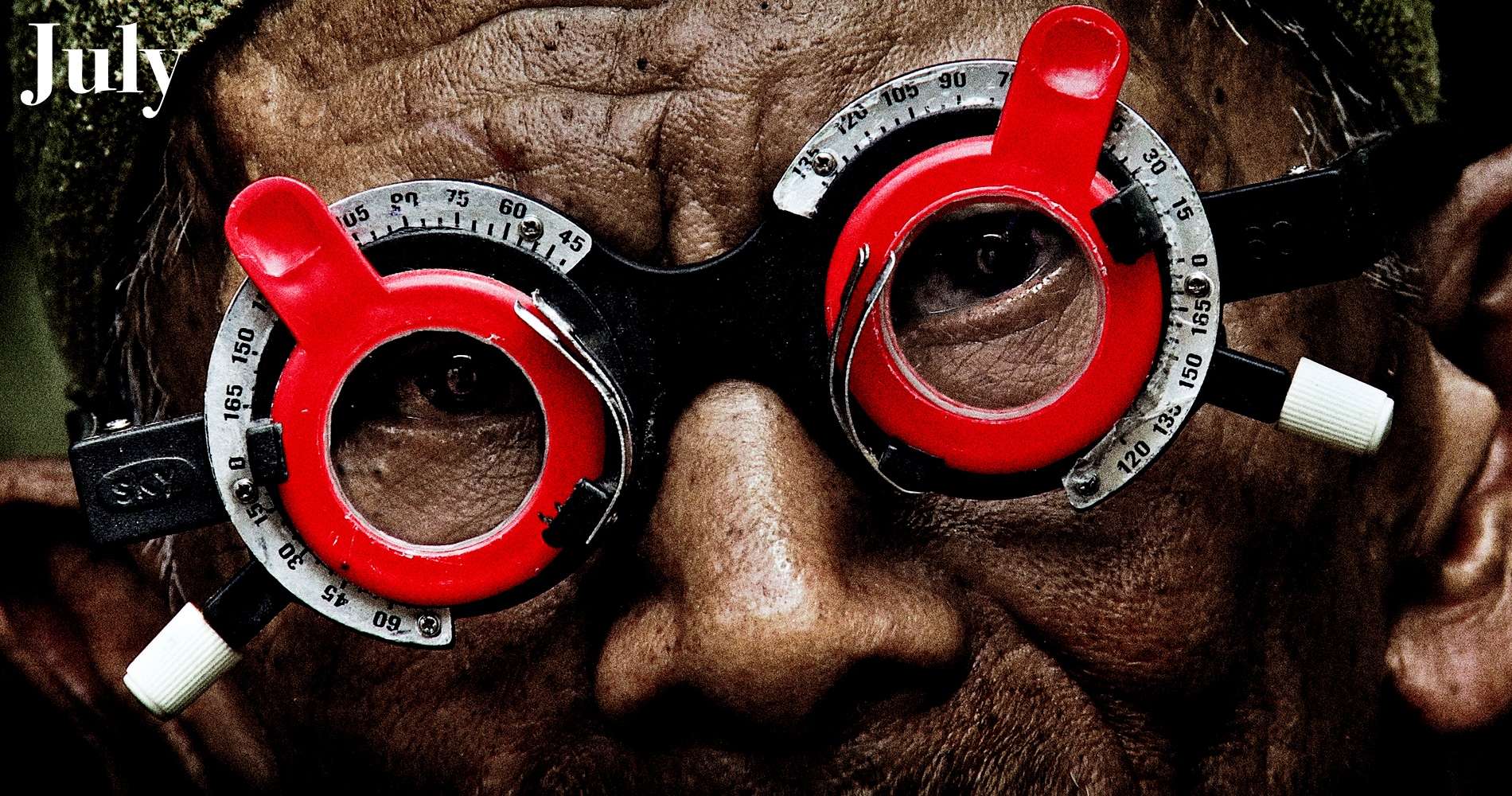 Cartel Land is a documentary look at the War on Drugs along the US/Mexican border like nothing else that will come to mind when you think of such a topic. But people will likely be talking about Terminator: Genisys (good god that title) that weekend. Of course, Magic Mike XXL is also out that same Friday, and perhaps Channing Tatum and his roster of nekkid lads can out-buff Arnie. Wouldn’t that be cool?

The middle weeks of the month contain a one-two punch that I’d honestly be surprised to see outmatched all summer. On the 10th comes Tangerine, which is sold as the movie about transgender prostitutes that was shot on an iPhone 5s but is so, so much more than that. It’s hilarious and gritty and has a fierce, beating heart. And it doesn’t even have too much mainstream competition that weekend, so you won’t have an excuse for skipping out (what, will you watch Minions instead? Come on).

The next weekend, The Look of Silence will land like a bomb on the limited release circuit. Director Joshua Oppenheimer and his anonymous co-director have returned to the world of the Indonesian genocide, this time from the perspective of a survivor (as opposed to their searing The Act of Killing, which followed perpetrators). As befits its title, the documentary stews in stillness and quiet, which amplifies the horrific effect of its subject matter all the more. It’s almost nothing like The Act of Killing, but just as devastating in its own way. You’re a bad person if you don’t see it.

Continuing the parade of acclaimed docs, the Gore Vidal / William F. Buckley debate film Best of Enemies arrives at the very end of the month. Given its main characters, it holds at least a few sensible chuckles for the upscale crowd. At the same time, the David Foster Wallace film The End of the Tour will be coming to theaters. Sundance critics loved it for the most part, though we’ll see if that translates to success. At the very least, DFW fanatics will get a potent hot beef injection this summer. 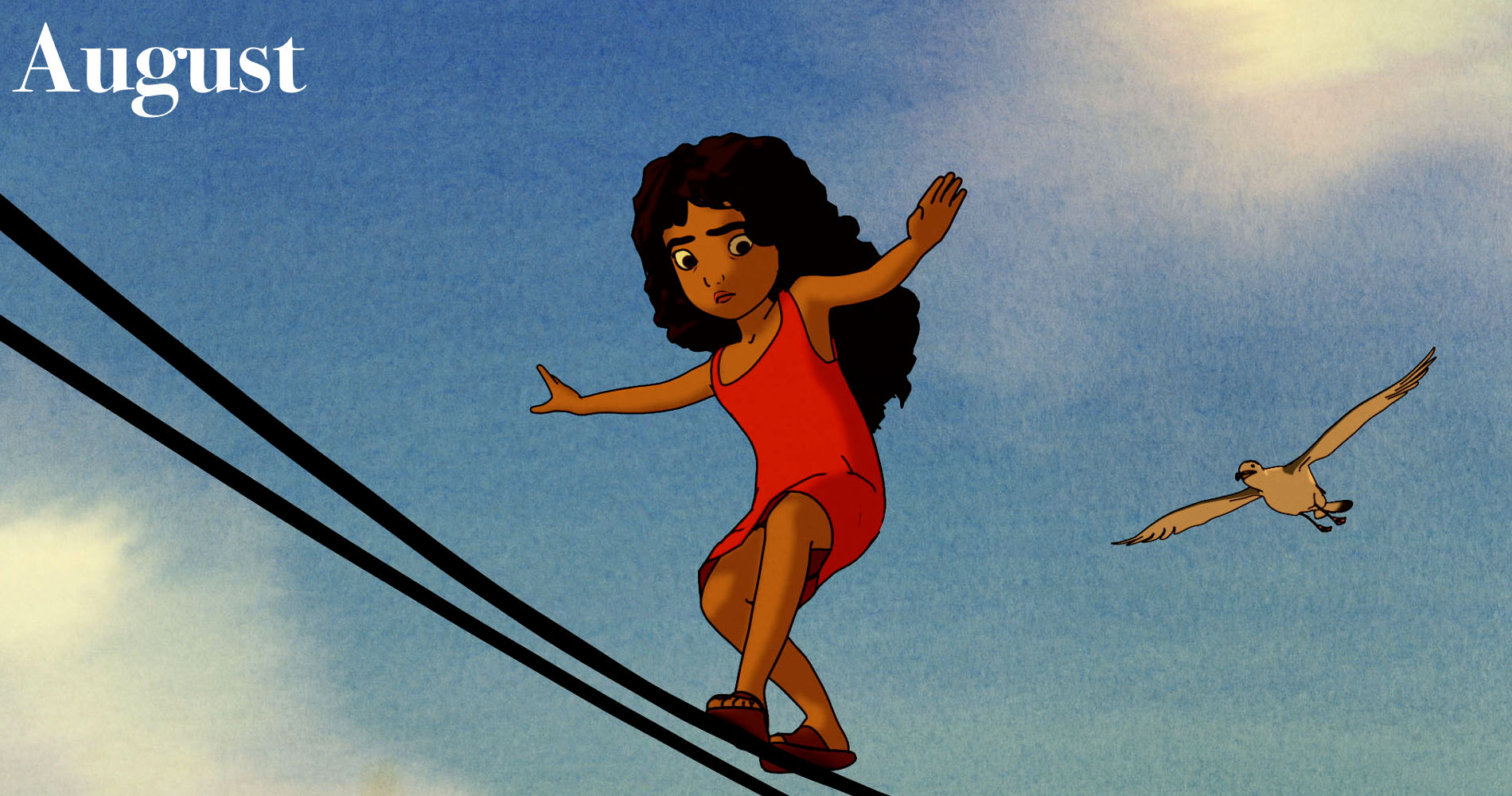 We’ll see some new films of note scheduled for this window in the coming weeks and months, but for now, its limited-release calendar looks bereft. There are a few standouts, though. Chief among them is Diary of a Teenage Girl, which completes the triptych of coming-of-age films that were beloved by this year’s Sundance. That’s probably enough of them that we’ll get some more thinkpieces about the genre. Which will people champion? It’s cancer and cinephilia vs. blackness vs. women, so it’ll be a pitched battle. And you won’t be allowed to like more than one of them — that’s how modern film appreciation works.

That same week we get Khalil Gibran’s The Prophet, an animated anthology based on the eponymous book of poetry. It got overshadowed at last year’s TIFF, but I’m still interested, based on the talent involved. Tomm Moore! Nina Paley! Bill Plympton! Joann Sfar! It’s an indie animation fan’s delirious dream.

Later in the month comes Digging for Fire. It’s the latest Joe Swanberg joint, which means you probably already know what you think of it and whether or not you’ll see it. Competing with it is Grandma, in which Lily Tomlin plays a sassy woman who is presumably a grandmother. Everyone loves her in it, and between that and her new Netflix show, this could be a big year for her.

And that’s Summer 2015, folks. You’ll see a few of these movies at next year’s Independent Spirit Awards, and maybe one or two at the Oscars. But that isn’t what’s important, of course. What’s important is that you see at least some of them, so that you don’t fall behind in online discourse. Oh, and so that you support independent cinema and that stuff, too. 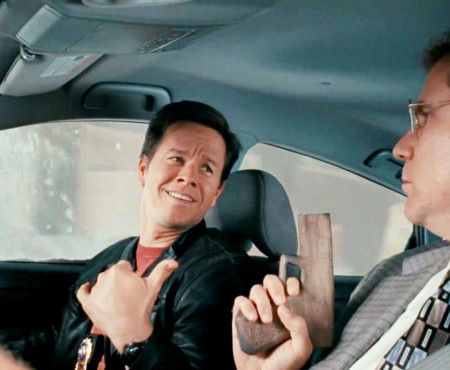